These sorting mats are wonderful for practice with rhyming words! 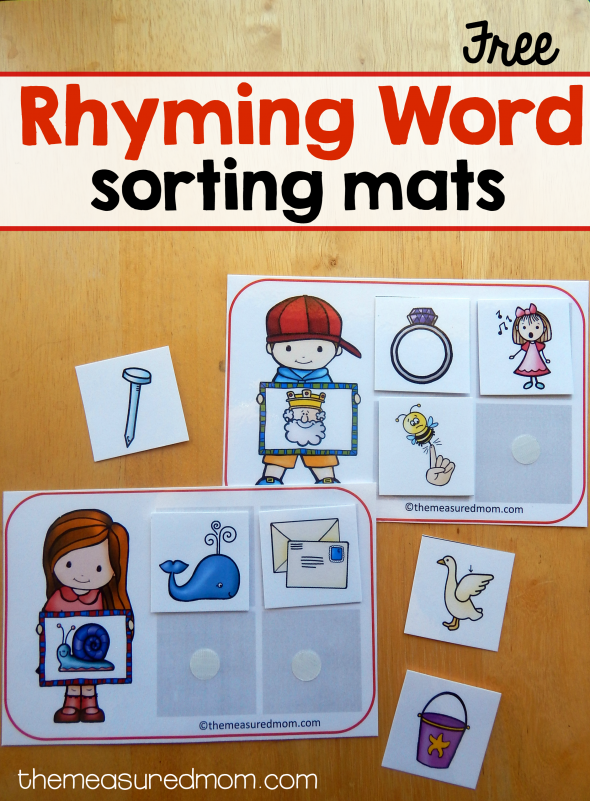 When I asked my readers what they wanted to see next, a number of them asked for rhyming activities. And one reader in particular asked for a rhyming activity in the same format as my consonant sound sorting mats.

Originally I hesitated to share those consonant sound sorting mats because they aren’t exactly low-prep. But I’ve received lots of positive feedback on them.

So… here you are. Rhyming word sorting mats! 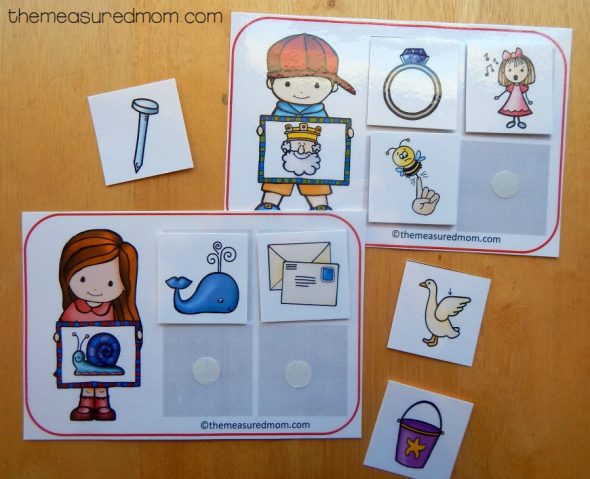 To prepare the activity: 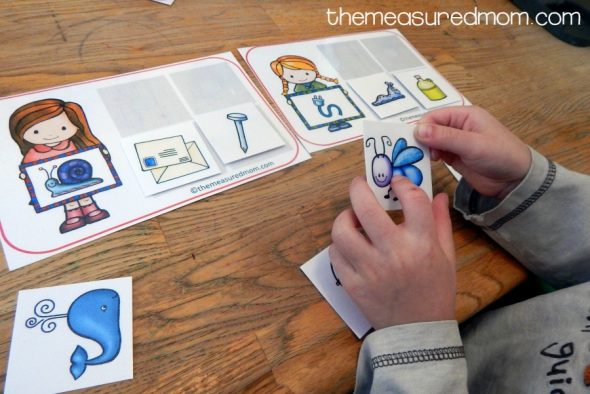 Even though his grandparents were visting, I was able to persuade my Four to step away from Grandma time and do a little rhyming.  I started with just two mats to keep it simple. I helped him identify the main images on each mat.

He often needed help identifying the name of each picture before he could determine where it fit.  (To make this easy for you, I included a picture key with each set of pictures in the download.) 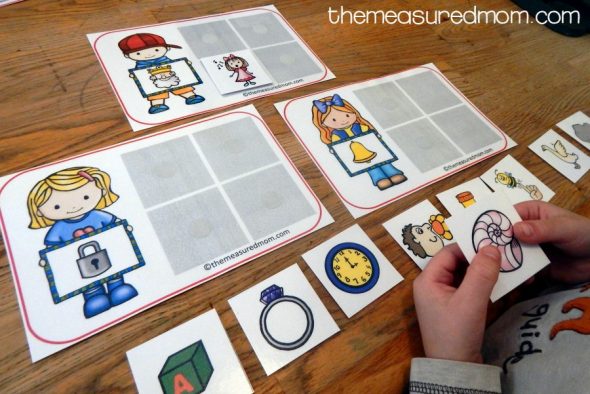 After sorting between two mats, we decided to go for three.  He took off all the pictures (love that Velcro rriiip!) and placed them in a row.  I mixed them up. 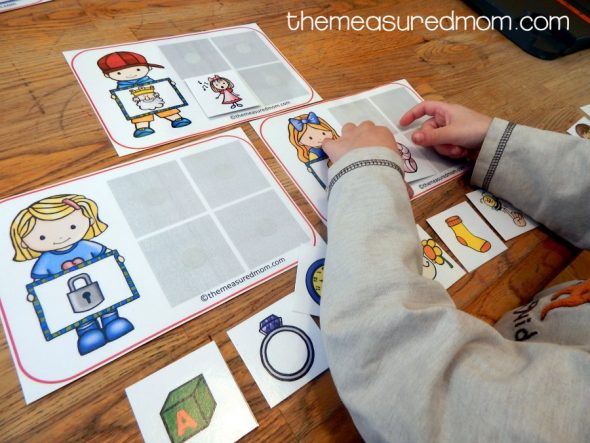 I was pleased with how well he did with these!  Maybe it’s because he’s been listening to me read a lot of my Little Letter Books to his 2-year-old sister. They’re packed with rhymes and really help kids develop an ear for them! 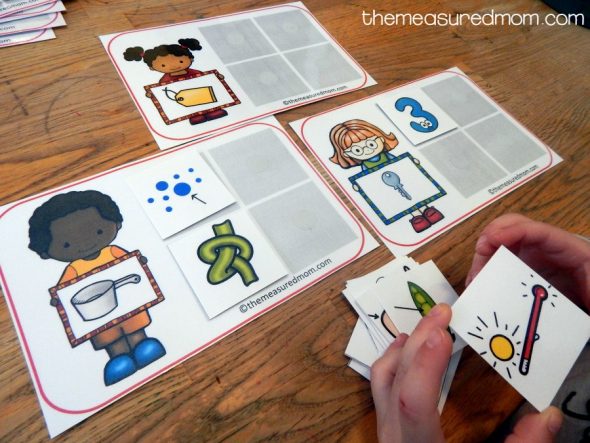 We did one more set of three mats before he was ready to be done.

He loved these, and we’ll be sure to pull them out again!

Get your free rhyming sorting mats!

Members of The Measured Mom Plus get access to even more resources – including a giant printable library, video trainings, and no-print resources. Not a member yet? Learn more here.

Recommended Science of Reading books Books to read on your science of reading journey Alphabet clip cards
It’s a giveaway!
Science experiments and STEM activities for every season