Looking for some fun summer reads?  Today I’m sharing five books for reluctant readers… great for summer or any time of year! 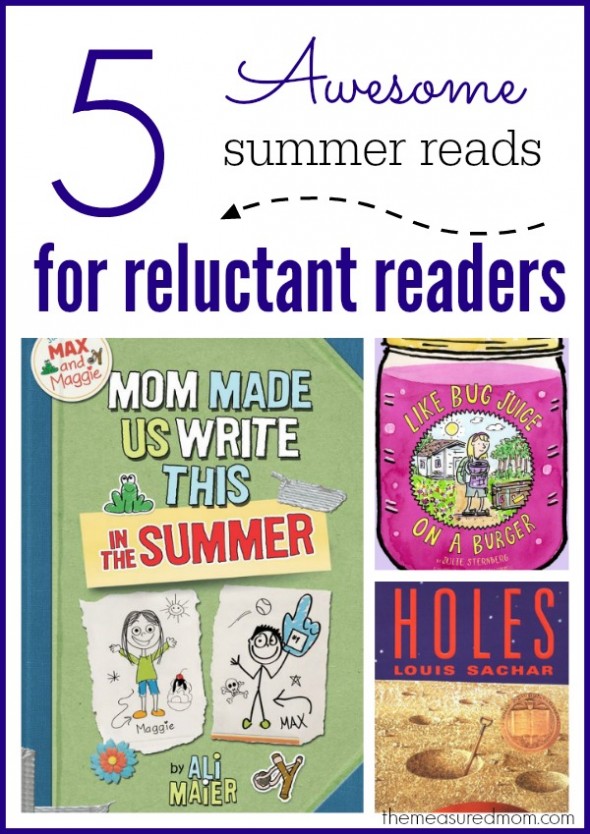 (Disclosure: I was given a copy of Mom Made Us Write This in the Summer in exchange for an honest review. All opinions are mine!)

Do you have a reluctant reader at your house?  Someone who can read, but chooses not to?  Someone whose idea of summer is time off of books rather than an opportunity to catch up on all the books that didn’t get read during the school year?

During my eight years as a classroom teacher I knew a fair number of kids who could be called reluctant readers.  I designed this list with them in mind.  (Except now my former students are too old for this list.  This week I received high school graduation announcements for two of my first graders. Ouch.  And another former student babysat my kids last week.  With her husband.  Double ouch.)

Mom Made Use Write This in the Summer, by Ali Maier

Max and Maggie are ten-year-old twins whose mother has decided that they will write a summer journal — together.  They’ll take turns, and each twin can comment on the other’s writing in the margins.  The characters are both believable and likable, but as different as two people can be.  As you might imagine, this leads to many hilarious journal entries which will have your child laughing out loud!

The style of the journal makes it especially appealing.  Each twin’s writing is in a different handwriting-style font.  The book, filled with doodles and comments in the margins, doesn’t feel like a real book at all.  And that’s just what a reluctant reader needs.  As I was reading this book for review I had it next to our glider. When my Seven discovered it she disappeared with it and had her nose in it for a few hours without coming up for air!

The book would work especially well for reading together.  You read one character’s writing, and your child reads the other.  It will be enjoyable and giggle-producing, not to mention a chance to talk about real sibling relationships.  I highly recommend Mom Made Us Write This in the Summer, both for reluctant readers and those who can’t pass up a good book.) 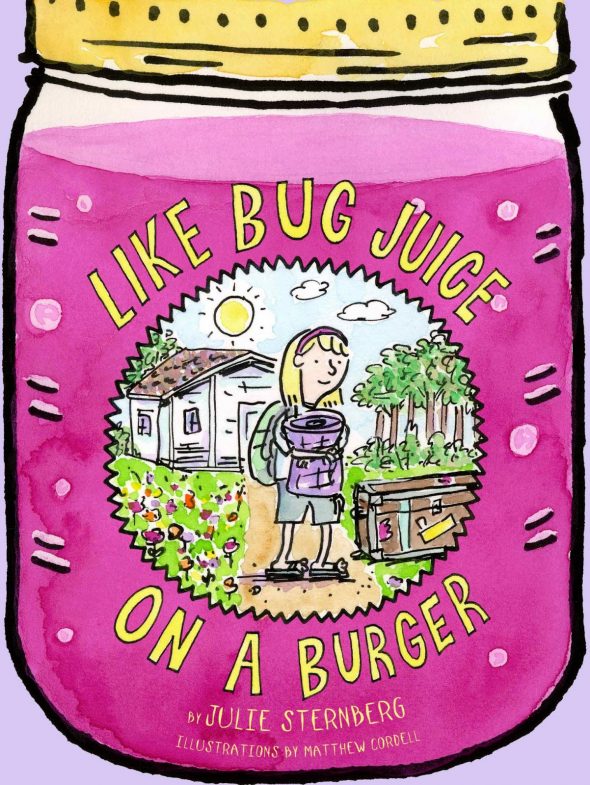 Like Bug Juice on a Burger, by Julie Sternberg

This book is both funny and a quick read – two things that reluctant readers appreciate.  It is written in a free verse style poem, but it feels neither awkward nor strange.  It works perfectly with the book’s story  and means that your child will be turning pages quickly (talk about motivating!).  Eleanor’s mother loved camp as a child, but now that it’s Eleanor’s turn she isn’t so sure.  Kids will relate to her struggles and laugh at all the unfortunate situations at Camp Wallumwahpuck.  I love how the book teaches how to make the most of a bad situation.  Eleanor doesn’t suddenly learn to love camp, but she does learn to endure it.  Both my daughter and I truly enjoyed this story; I recommend it for younger reluctant readers (ages 8-10).

Justin Case: Shells, Smells, and the Horrible Flip-Flops of Doom, by Rachel Vail

9-year-old Justin K. has earned the nickname Justin Case because he’s a worrier, so he’s always extra prepared… “just in case.”  He worked through a lot of those issues in third grade and is quick to assure you that he’s “not a worried kid anymore.”  In fact, he’s decided to skip Science Camp and go to the sports camp for “runny around” kids this year…even though his concerned parents keep asking, “Are you sure?”  If you have a reluctant reader who’s willing to read a longer book, this is a great one to start with.

I love how the book’s first person narrative takes you into the mind of a sensitive kid with issues.  Adults and kids alike can relate to Justin’s fears.  But even though Justin has to deal with a rude camp counselor, flip flops that won’t stay on his feet, a brutal card game called “Knuckles,” and being in the lowest swimming group, he won’t quit.  That’s something we can all admire and appreciate.

Justin is a truly likable character… a great brother, a loyal friend, and in the end – a hero.  It’s hard to recommend this story enough!

Okay, let me just say that this book is not going to win any awards for great fiction.  It’s a goofy story about a swamp monster who is disturbing the peace at a kids’ camp.  The super sleuth lunch lady and her trusty sidekick crack the case.  What makes the book special is that it’s written in comic book style.   My mom still says that the summer my brothers read Calvin and Hobbes and Garfield comic books was the summer their reading grew by leaps and bounds.

I saved this book for last because it’s long, and there are no pictures.  But it is a faaabulous story worthy of a medal.  Actually, it did win a medal – the prestigious Newbery medal given each year for the best in children’s fiction.   This book has a special place in my heart because it was the first book I read aloud to my first class of students in grades 3-5.  The year was 1999. (I was 22 when I started teaching, so now that makes me… well, you can figure it out.)  It has since been made into a movie, which is great but also disappointing because this is definitely one to read without having seen the movie first.

A  bizarre set of circumstances means that innocent Stanley Yelnats (check it out, the last name is Stanley spelled backward) is stuck at Camp Green Lake digging holes in the Texas heat.  Except Camp Green Lake has no lake.  And it’s really not a camp.  More like a prison.  And if a yellow-spotted lizard bites you, you’re dead.

Within the book are woven a variety of different plots that all come together at the end. I still remember my students being at the edges of their seats for this one.  Even if your reluctant reader can’t handle this one on his own, read it to him okay?  Just read ahead first if your child is sensitive; there are a couple of scary scenes.

Check out this helpful series! 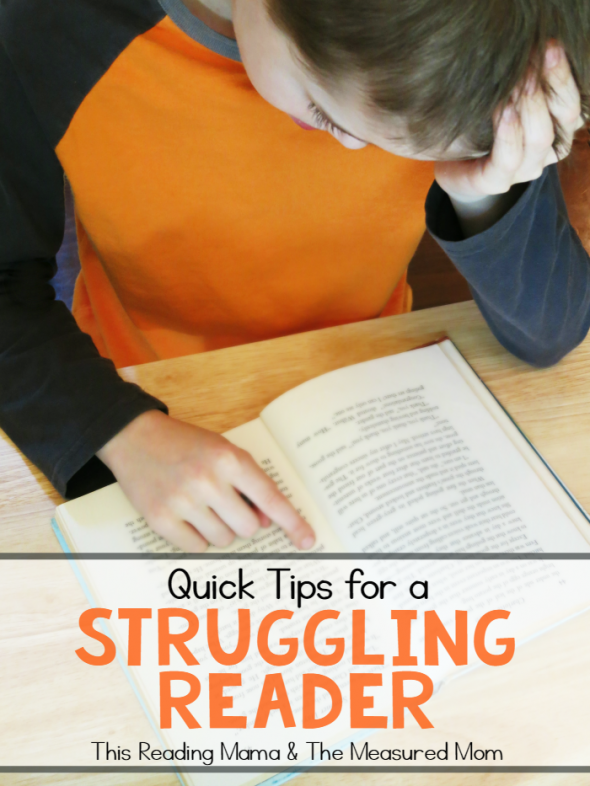