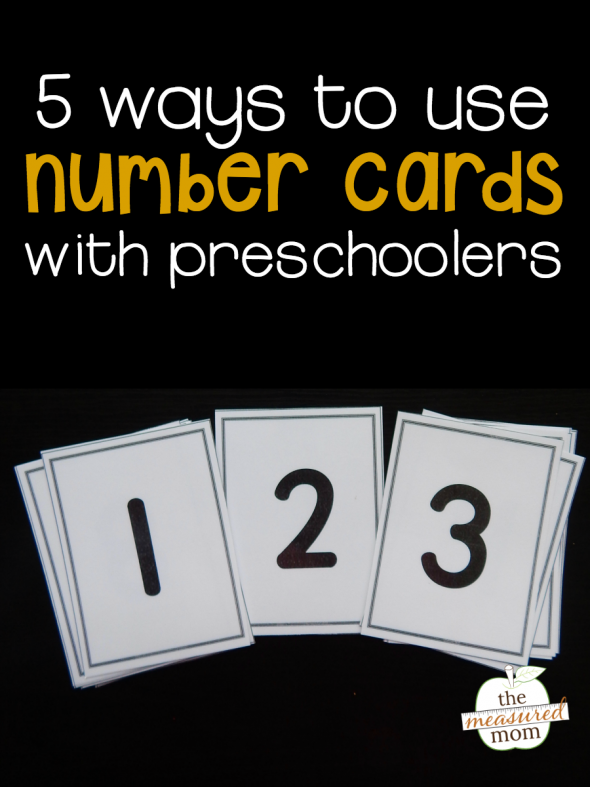 Today I’m sharing another free printable for counting to ten: number cards! And I’ll also show you five quick ways to use them with your learners. 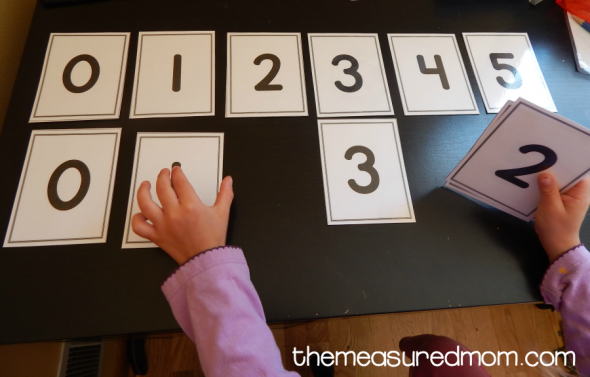 First, I placed a row of cards on the table. Together, my three-year-old and I named the numbers one by one.

Then I gave my her a stack of matching cards and showed her how to place each card under its match.

Finally, we named the numbers one more time. 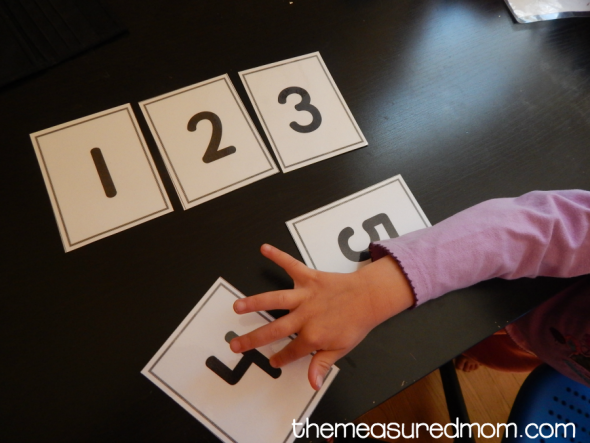 Activity 2 – Put the numbers in order

For this activity we worked on counting and putting the numbers in order. Since my Three is still shaky on number recognition, we only worked with numbers 1-5. 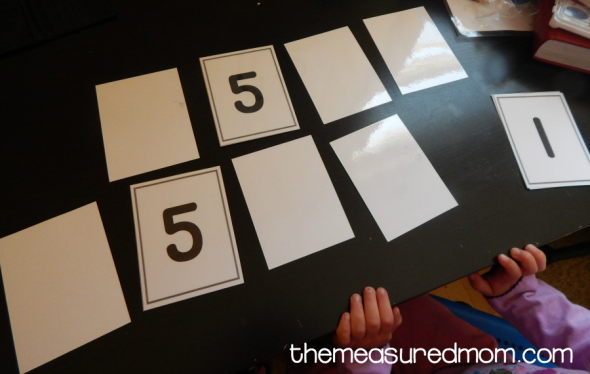 After that, we did one of her favorites: Memory! I placed two sets of numbers 0-5 upside down on the table. Then we took turns drawing two cards and looking for a match. 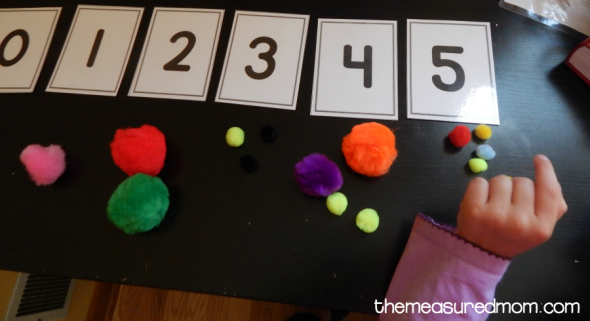 Our fourth activity involved counting objects for each number. Pom poms are a favorite manipulative! 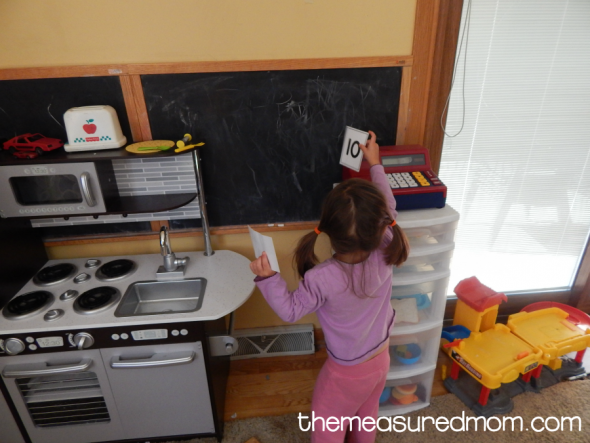 Finally, we went on a number hunt. I placed the cards in our toy kitchen and in other obvious places around the playroom. She found each one as I called for it.

I have to say that I’ve been really pleased at how well she’s doing with our counting bin activities. She is learning to count more than three objects with accuracy and recognizes almost all of the numbers up to ten.

The number 10 still has her stumped, though.

The other day she was “reading” a counting board book. She hopped off the couch and brought the book to me, pointing to the page with the 10.

It seems a bit ironic that she is still learning to count and recognize her numbers, but knows about googolplex! I hadn’t even heard of it until a few years ago, when one of my boys told me that it’s a one followed by a googol zeroes.

Rest assured, this series only teaches counting up to ten. 🙂 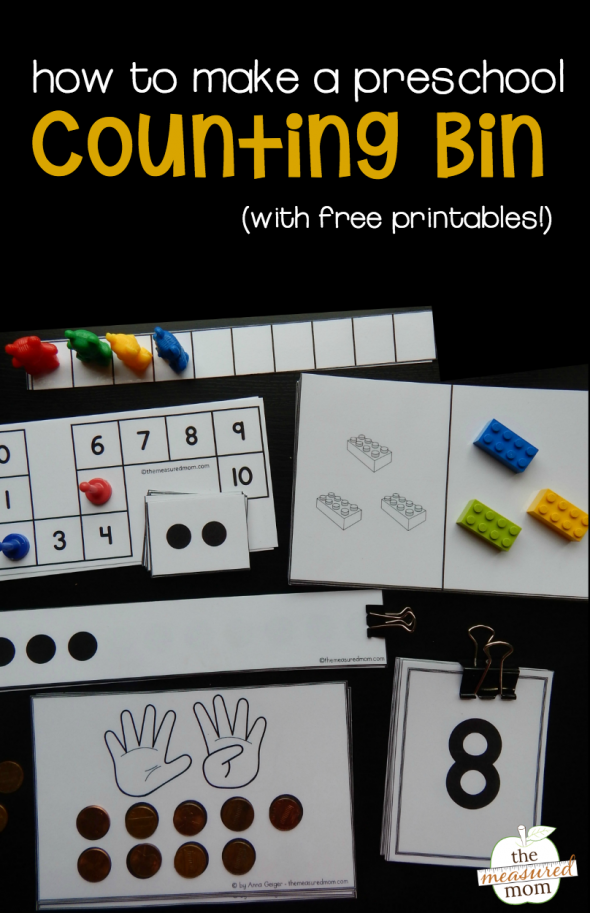 Do you have our preschool math curriculum?

This curriculum contains a wide selection of no-prep/no-worry math activities that suit your youngest learners. It’s an excellent timesaver when you’re looking for hands-on math!