Our beautiful spring weather has taken a turn for the worse, so we’re spending some time indoors.  Today was the perfect time to round up some preschool math ideas using toy vehicles. 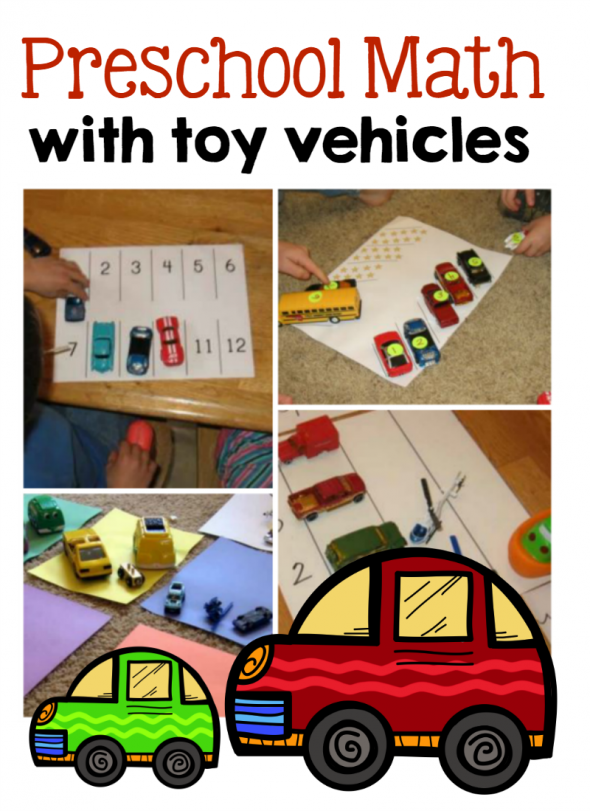 First we turned a wooden puzzle upside down and rested it on a plastic storage bin.  My boys had fun letting the cars go.  Then my Four assigned each car to its proper finishing place.  I showed him the trophies, helped him identify “1st, 2nd, 3rd” and also showed him the words for each ordinal number.  After we finished racing I had him practice assigning a car to the correct trophy by telling him what place it had finished.

Want a copy of our first, second, and third place trophies?  Get them in the download at the bottom of the post. 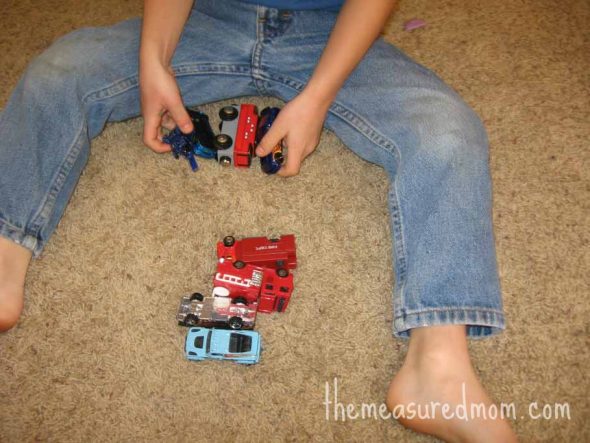 I gave my Four a set of four cars and asked how we could share them equally. Right away, he knew that we’d both get two.  As I made the pile larger he had to pass them out one by one to get equal groups.  After he was done I would ask, “So if we have 8 and divide it equally between two people, how many do each of us get?”  This is a very  basic introduction to division. 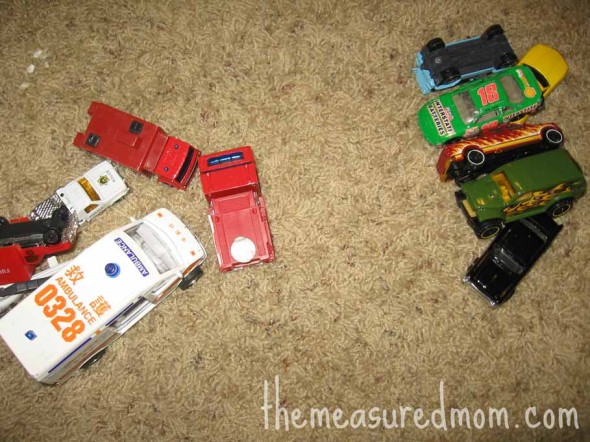 I divided the vehicles into groups, and my Four and Six guessed my sorting rule.  Here are just a handful of ways to sort toy vehicles:

a) by color
b) by size
c) by type of vehicle (cars and trucks)
c) by where the vehicles are used (land, sea, air)
d) by purpose (above we sorted into emergency vehicles and personal vehicles) 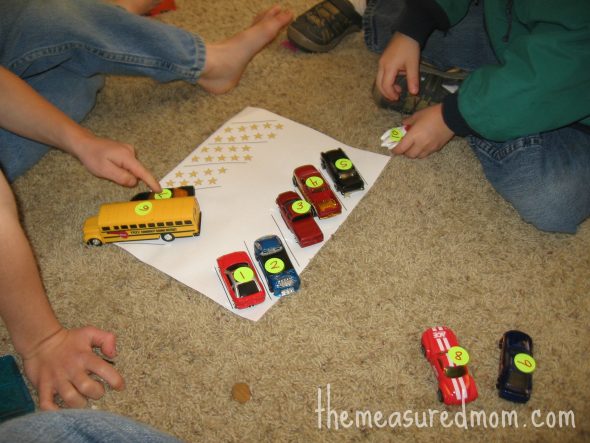 I made a parking lot with ten spaces. In each space, I put a set of stars.  Then I put numbered stickers on toy vehicles and had my Two match the vehicles to their matching parking spot. (By the way, subitizing is just a fancy way of saying “look at a group of objects and know how many there are without counting each individual item.”)  He did great up until number 5.  Since the groups were getting too big for him to count accurately,  my Four took over. 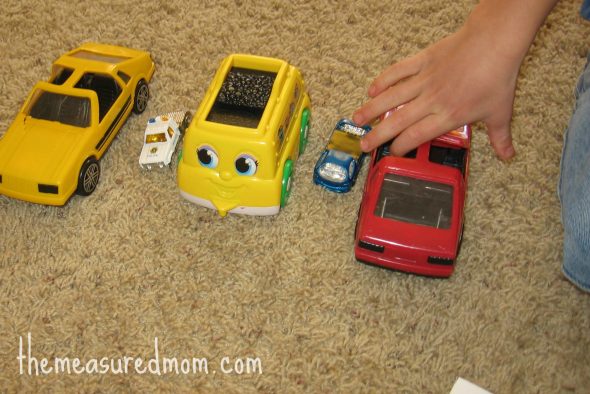 This is such an easy activity to throw in when you’re on the floor playing with your kids.  You make the pattern and have your child continue it, or let him create the pattern and let you name it.  Here are just a few ideas: 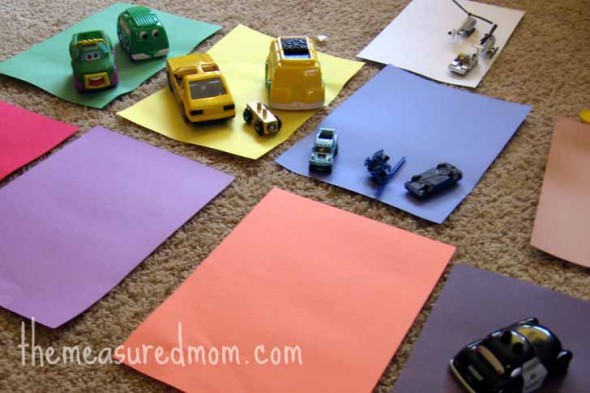 This was too easy for my Two, but it will be perfect for my toddler in about six months. I’ve also seen bloggers create colorful garages out of boxes or canisters for their children to park the cars in. 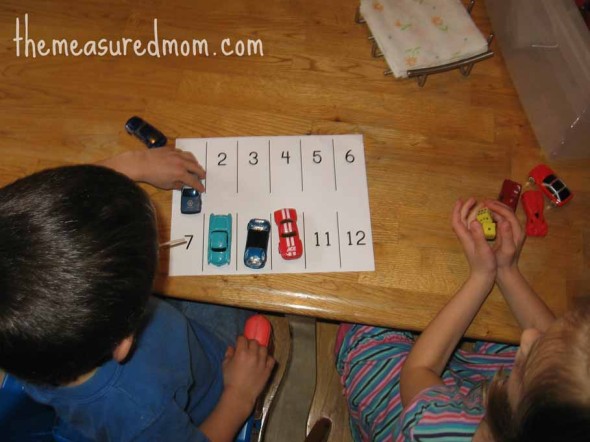 My Four gathered a set of blue cars, and my Six grabbed some red ones.  They took turns rolling dice and determining the sum.  Then they parked their cars to the number that matched their sum (if the spot was vacant).  If we’d played all the way to the end, we’d have had to switch to one die if we wanted to get the “1” covered! At the end of the game blue cars dominated the parking lot, so my Two had won.

Make your own numbered parking lot or get a copy of ours in the download at the end of this post. 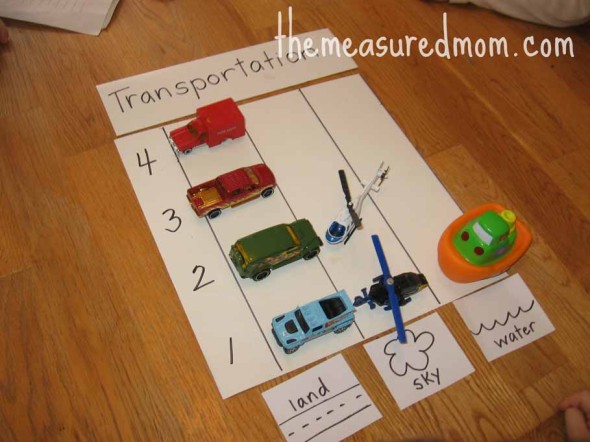 I’ve featured this idea before, in my Letter T Math.  The idea is from I Can Teach My Child.  You can read more about the idea here.

Get all the printables featured in this post below.