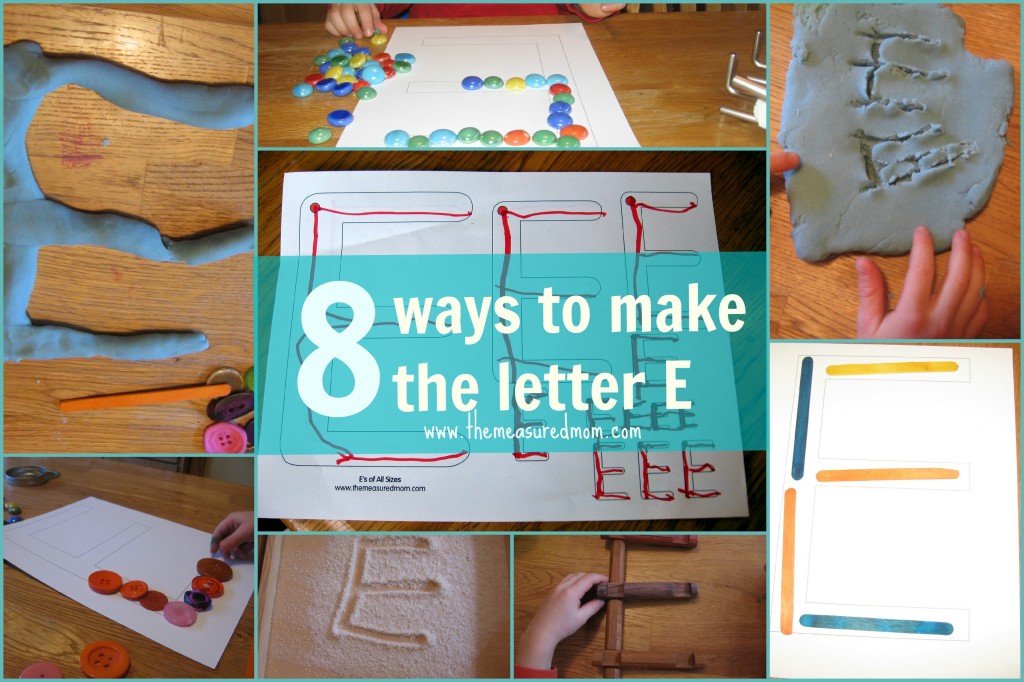 For much of two weeks we worked on E, the first letter of our A-Z Exploration.  (See How to Teach the Alphabet to Preschoolers).   Check out our eight ways to make the letter E! 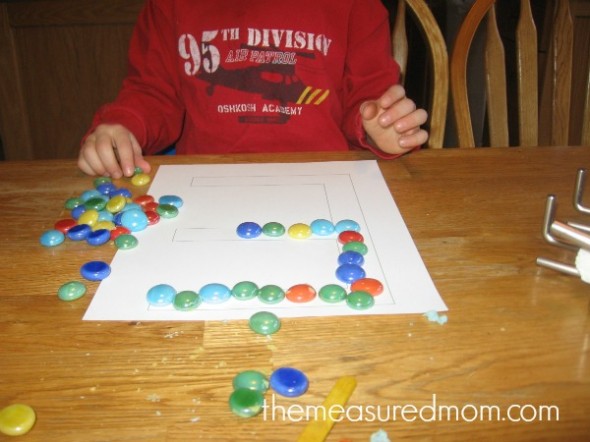 First, I printed two large letter E’s, which you can make yourself or use mine: giant letter E.  Then my Two and Four filled their E’s with gems to reinforce the shape of the letter. 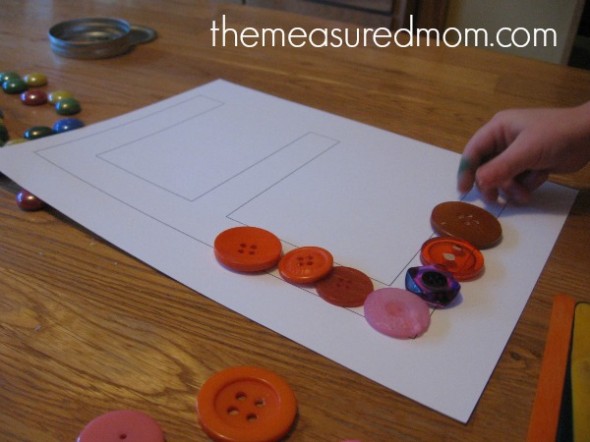 Next, they filled their E’s with buttons. 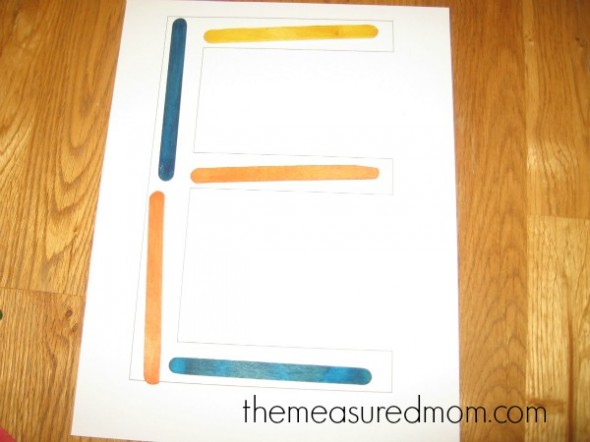 We got out colorful craft sticks to form the letter E with lines. 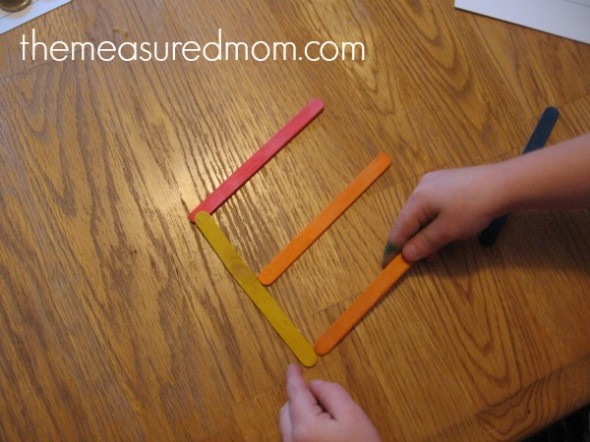 After this I had them use the craft sticks without the framework.   My Four got it backward at first, but then had no trouble.  His little brother needed me to put down the long vertical line first and guide him as he set out the three horizontal ones. 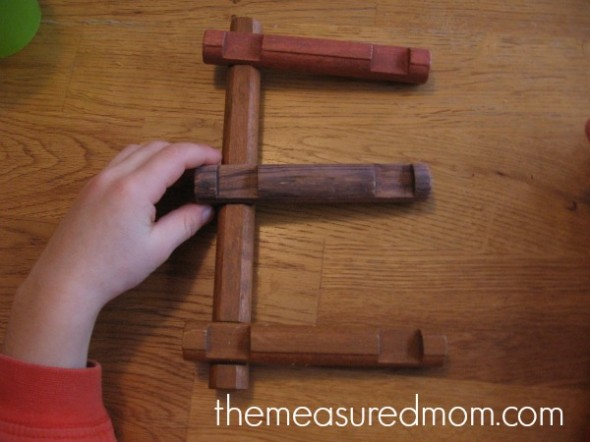 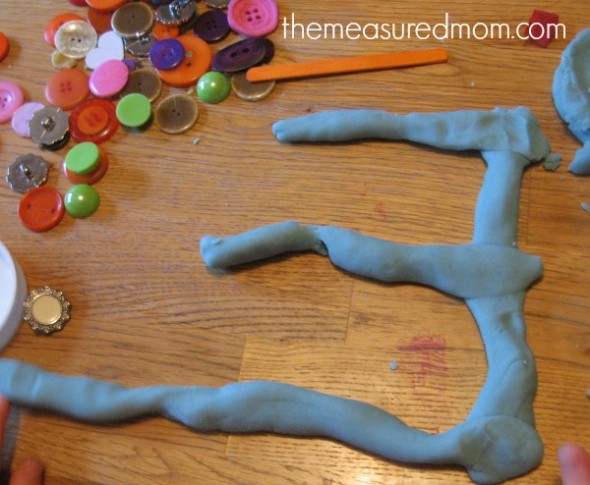 Next, we got out the play dough.  By this time the letter formation had gotten too tough for my Two, and he was doing his own thing.    His big brother created this E.  Yes, it was backwards.  (Confession: I reversed the image for my collage up above!) 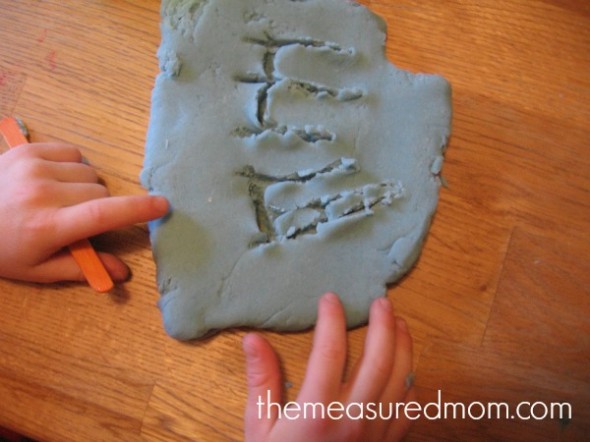 Then he took a craft stick and wrote in the play dough. 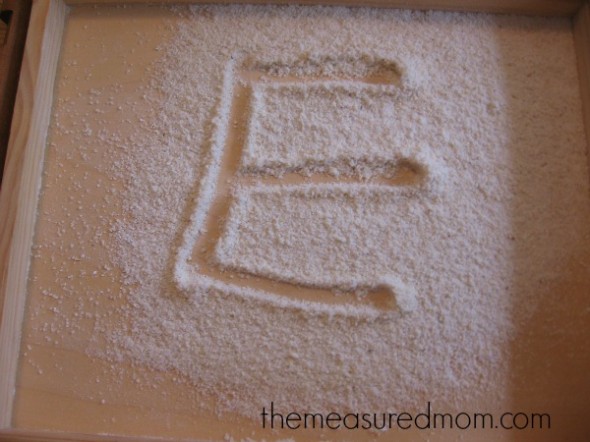 He used his finger to write in cornmeal.    I have this great little wooden frame that came with another toy.  We can put a light layer of cornmeal inside, write in it, and shake it gently to start all over. 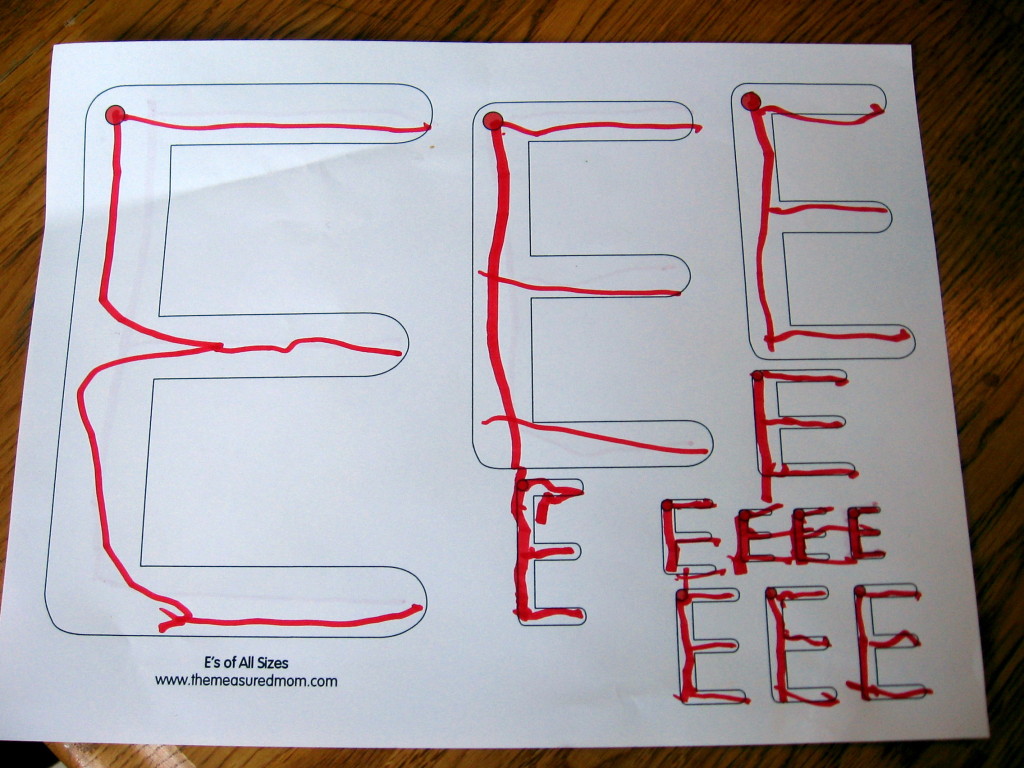 Finally  he was ready for something tough.  He is not ready for traditional handwriting pages yet, so I designed this page.  He started with the giant E (you can see how he made it incorrectly at first) and then progressed through the next smallest E until he was writing in the tiny ones.  You can get the complete set of handwriting pages here.

For a book list, sensory fun, math connections and more  for letter E — click on the image below! 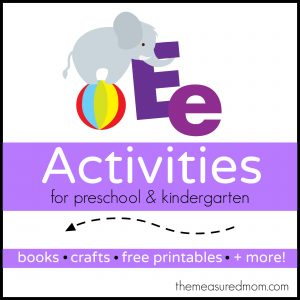