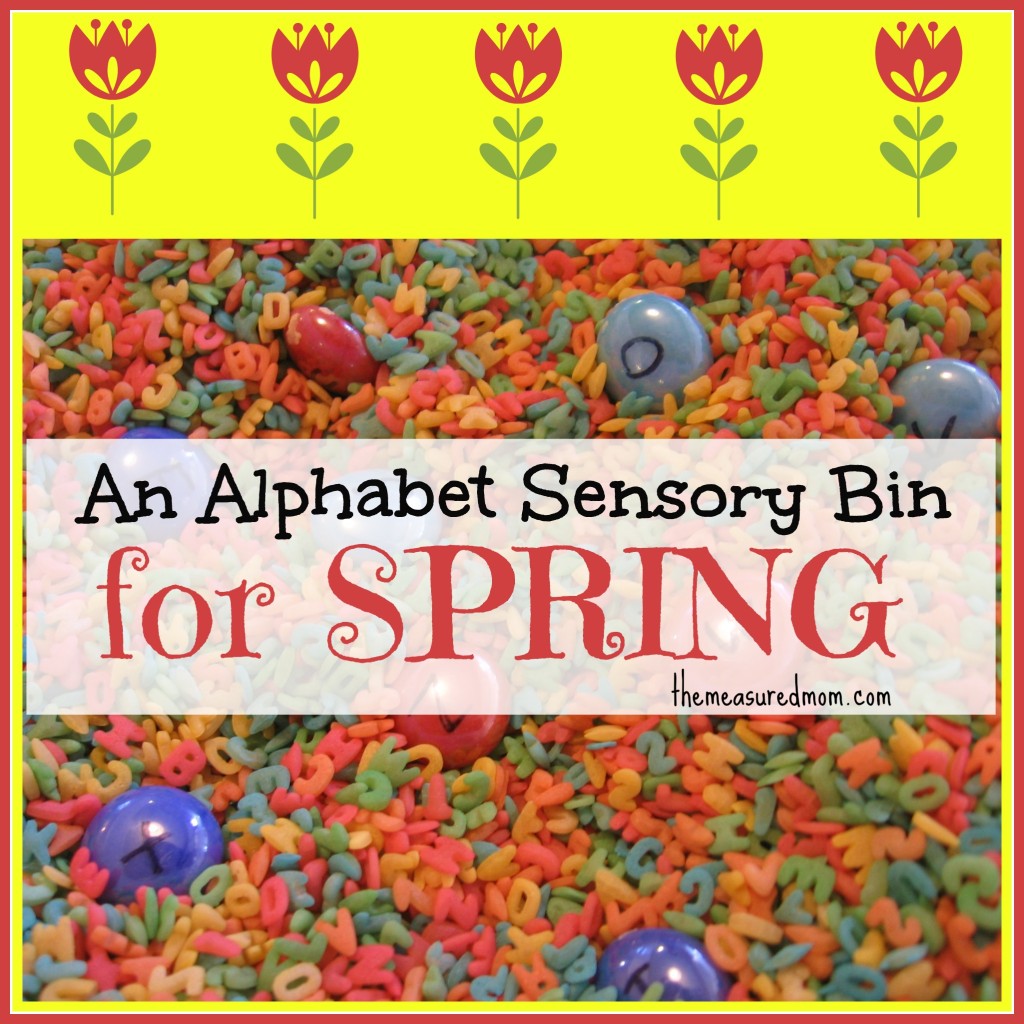 L is for letters, so we kicked off our letter exploration with this alphabet sensory bin.

I decided to do color the pasta myself, and this is what I used: 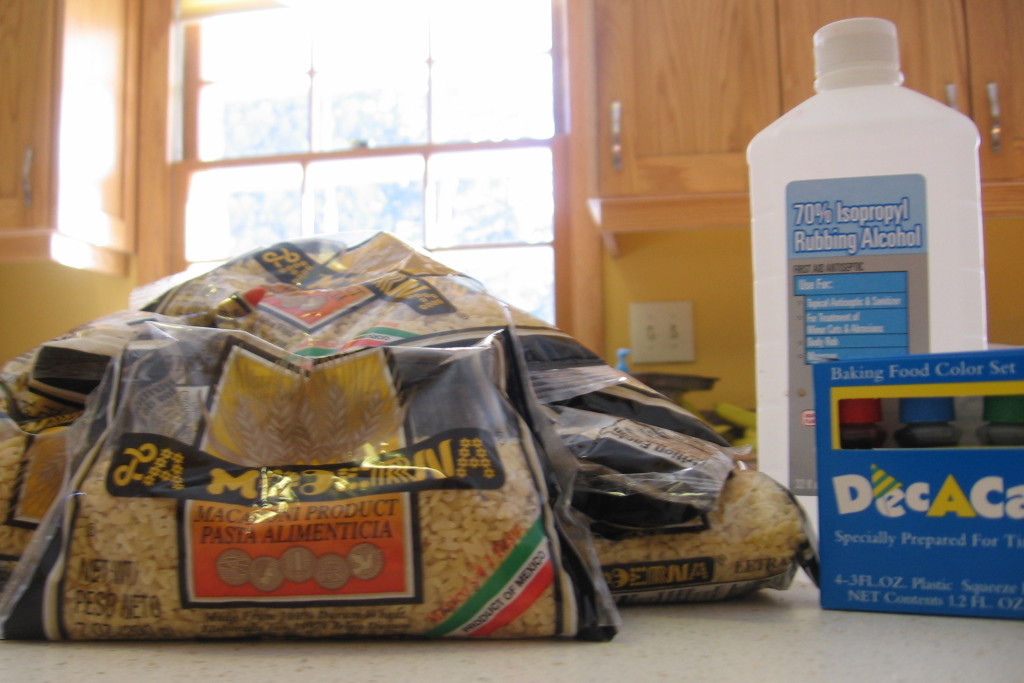 That’s about 15 bags of tiny alphabet pasta, a little rubbing alcohol, and a fair amount of food coloring.  The pasta was only 33 cents a bag! The funny thing is, if I’d have bought Da Vinci’s brand a few aisles over, the pile would have cost me close to $20 instead of just 5 bucks.  Word to the wise: Check the Mexican food aisle first.

To color the pasta, I followed the same procedure I used when coloring rice.  You can read about it in my Colored Rice Sensory Bin post.

To begin the activity, I had my Five use a Sharpie marker to write one letter on each of 26 glass gems.  As she is always begging me to use the Sharpie (and I always say no), she was thrilled. 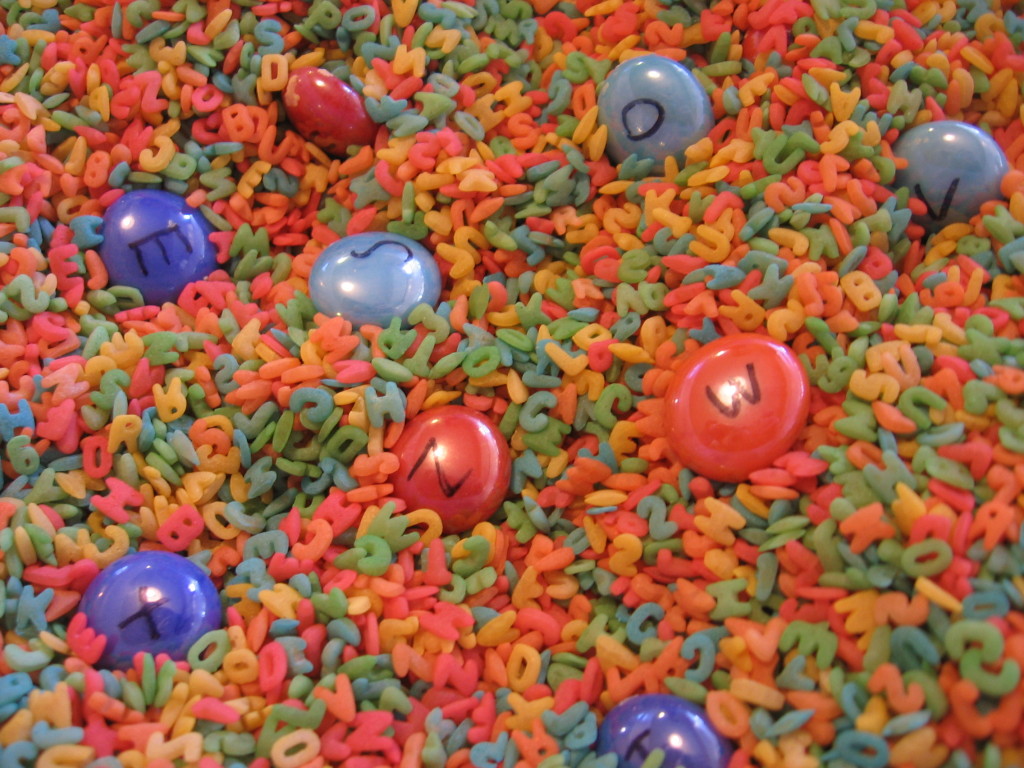 Then we buried the gems in the letters and gave my Two this Spring printable:

First he dug his hands into the letters (something all my kids have enjoyed doing in the days preceding this activity). 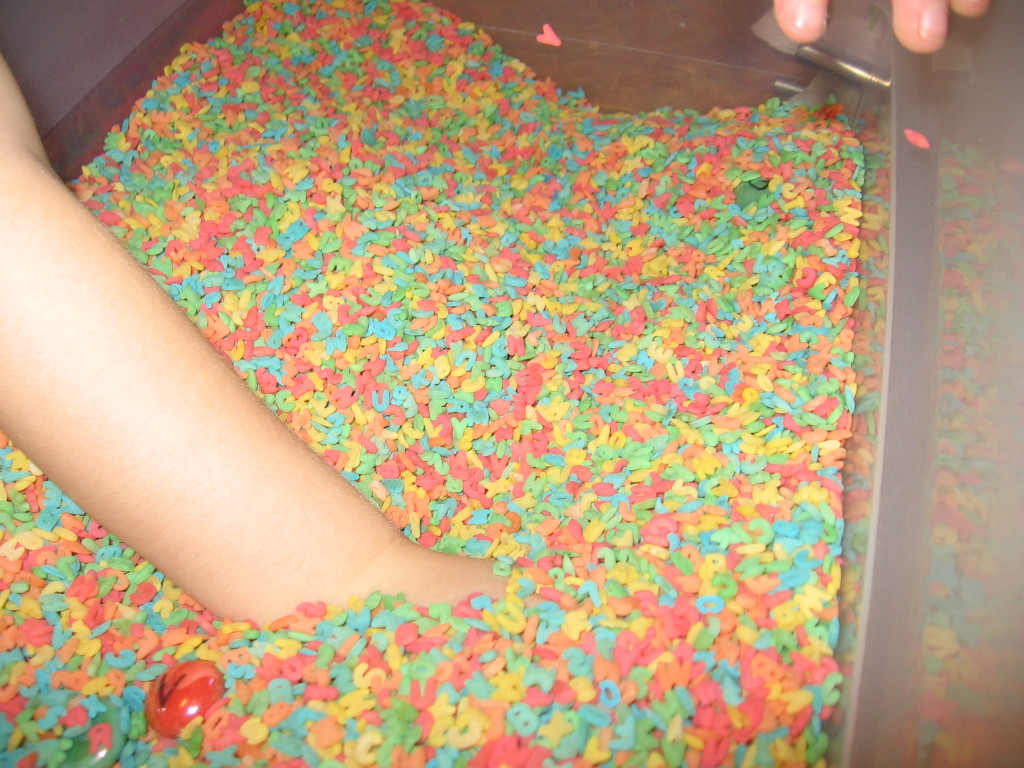 As he dug out the letters he named them and found their match on the printable. 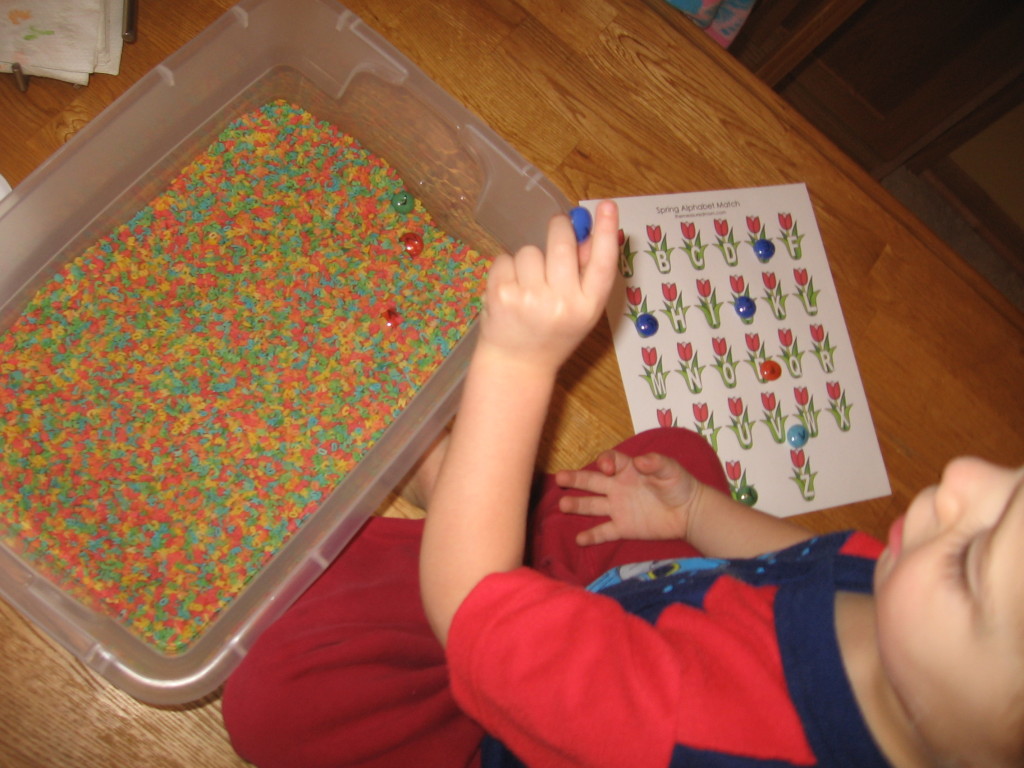 His big sister really enjoyed helping him find the letters.  He needed a little help with some letter names, too.  But I have to say that since we started our letter explorations 2.5  months ago, he has gone from knowing 4 letters to 22! 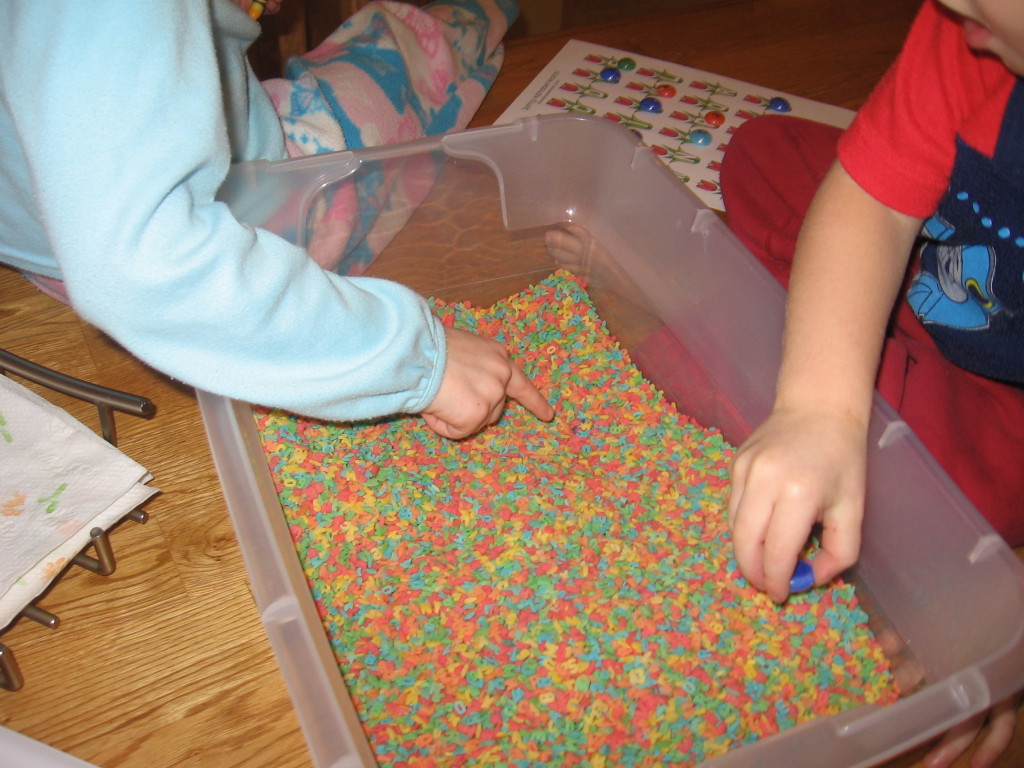 This was so interesting that my Four climbed up to watch, too. 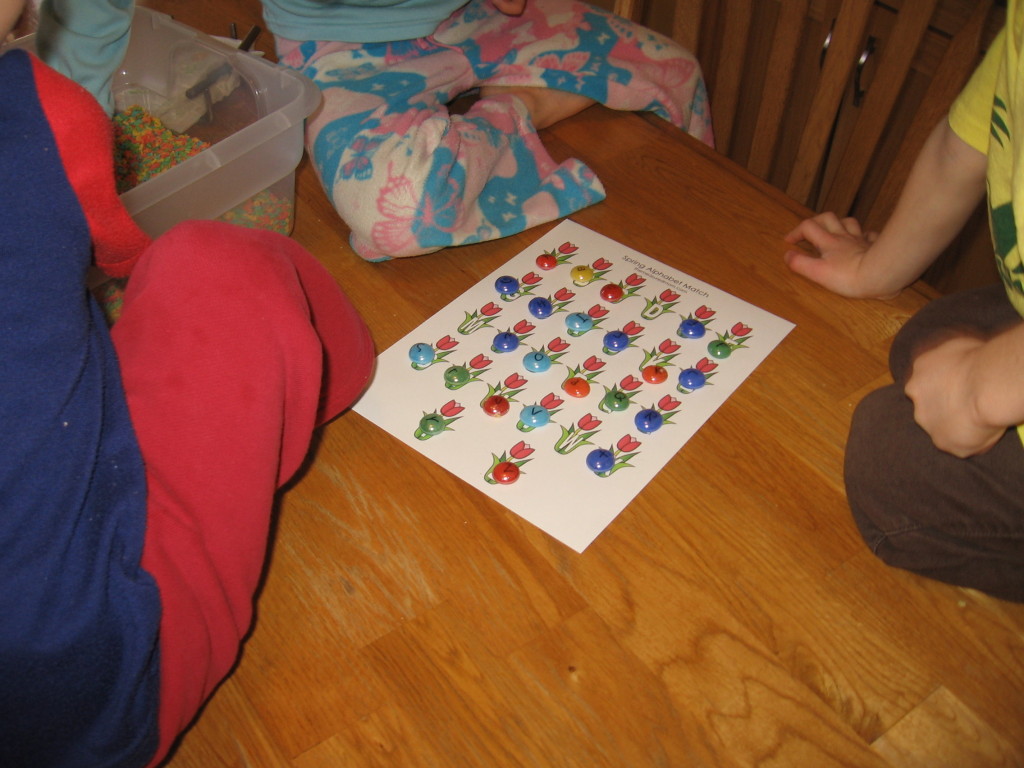 If you’re wondering why we were doing this on the table, it’s because I have a 14-month old who would not be able to keep his hands out of this box of choking hazards.

My Two loved it and was ready to play again when we finished.  For a similar idea, see Letter Hunt & Match.

Letter I Printable: “I” is for Igloo Beginning blends game 100 family gift ideas – with something for every budget!
Short a word family mats
Ladybug number recognition activity