Try this activity to help your child identify the beginning, middle, and ending sound in a particular word.

In January, when I celebrated my blog’s 3-year anniversary, I asked my readers what materials they’d like to see next.  One repeated request was activities that focus on beginning, middle, and ending sounds within words.

We already have quite a few beginning sound activities.  We even have some middle vowel clip cards. But I hadn’t created any ending sounds activities yet, nor did I have anything that combined all three.

I began this game with my Four, who knows his letter sounds well (except for those pesky short vowels) and was ready for the next step.

When you join our low-cost membership, you’ll get instant access to hundreds of resources that build strong pre-reading skills … plus thousands more!
Click here to learn more! 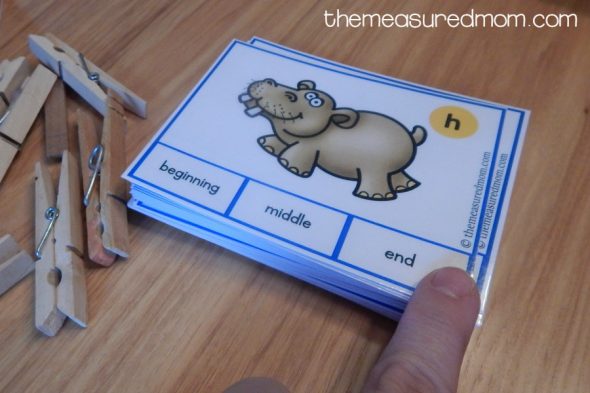 First, I showed my preschooler that he needed to listen for whether the sound was in the beginning, middle, or end of a word. Even though he can’t read those three words, he had no trouble remembering which was which as he did the activity. 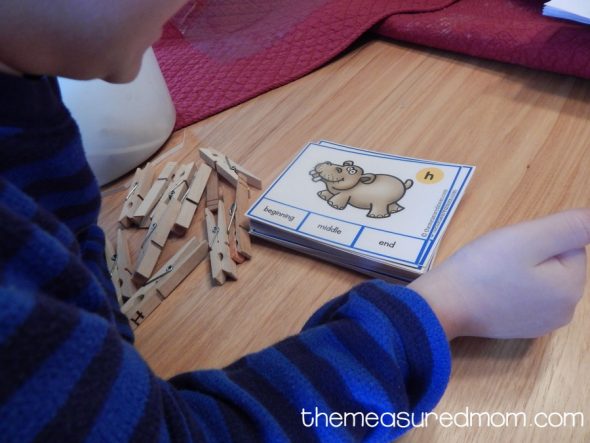 He identified the main sound and said the name of each picture.  “Hippo. Hhhhippo.  Beginning.” 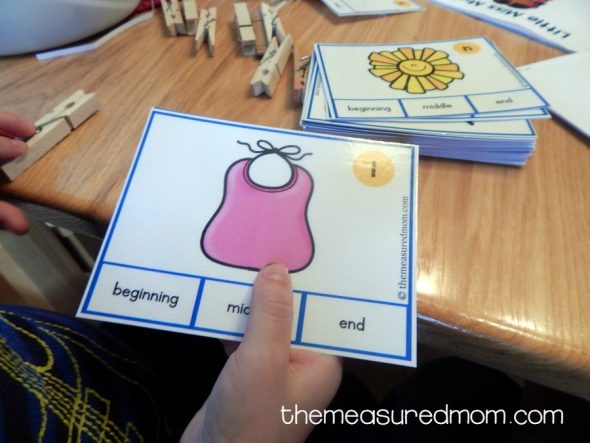 Some of the cards made him think a little… like this one.  He’s still shaky with his vowel sounds, so I reminded him that short i says /i/. 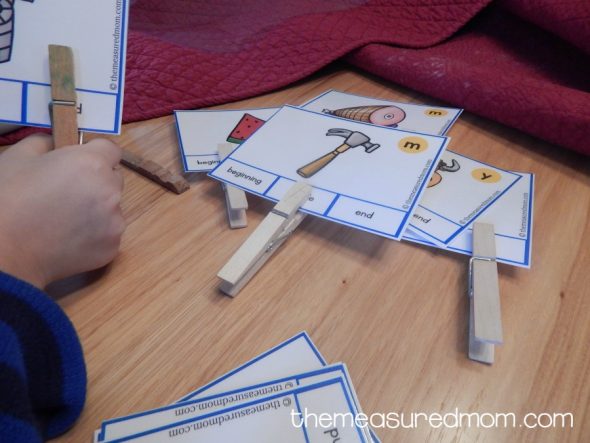 I was pleased when he could hear the middle consonant sounds, such as /m/ in hammer. 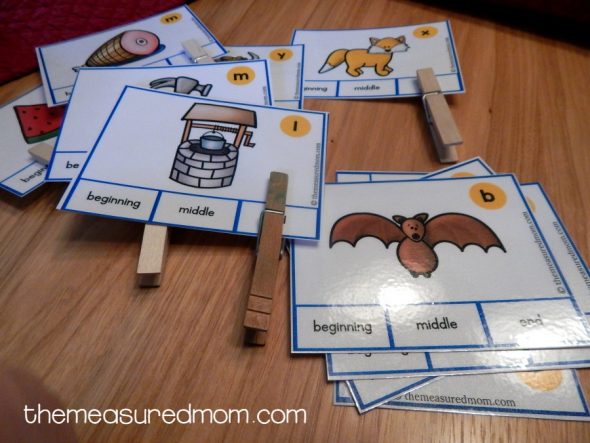 I’ll be honest and tell you that after a few cards he became frustrated and wanted to quit.  (He got stuck on the word “olive.”) I’m used to this sort of thing from him, so when I feel like we should keep going, I insist on it.

I know it looks like I do learning activities like this with my kids all the time, but it’s truly only a handful of times a week.  And since he’d clearly demonstrated he could do this activity, I pushed him to do a few more cards.  “Just five more.”

Well, after he cheered up he chose to keep going for quite a few more than five. 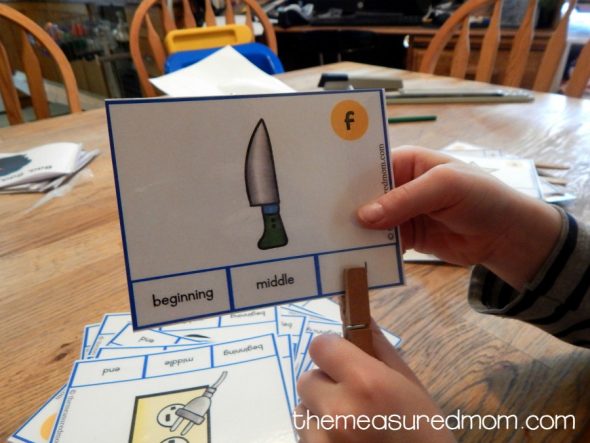 After my kindergartner came home, I pulled out the activity for him, too.  He had to think a minute for cards like this one.  He knew that knife ends with an e, but he also knew that since the e is silent, the /f/ sound is what comes at the end of the word.

He did about half of the set, but I don’t have more pictures to share because most of them were blurry.  I was holding our 2-month-old at the time, and my multitasking only goes so far!

We hope you enjoy this freebie!

Get your free beginning, middle, and ending sound clip cards!