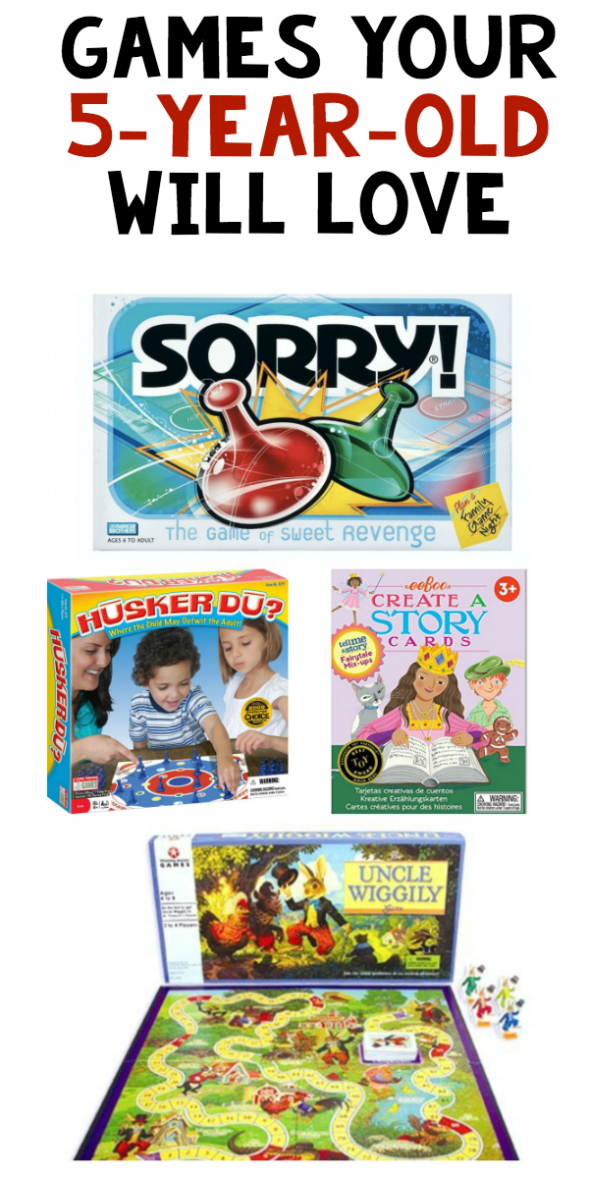 Our kindergartner loves to play board games. Here are some of our favorites!

Here are the games! Scroll down to learn more about each one.

1. Cranium Hullaballoo.  While not technically a board game, this is a boxed game which includes a talking musical console and a set of colorful pads.  Your child sets the pads out, turns on the console, and follows the directions.  The concepts of this game are for younger players (shapes, colors, etc.) but you and your five-year-old will both appreciate that she can set up and play this game all by herself.

2. Husker Du?  This is simply a memory game, but at a higher level than the traditional Memory game.  Tiny pictures are covered with pawns.  When you turn the wheel you get a brand new game (16 total variations).   The durability of the newest version of this game is not the greatest, so don’t pay too much for it.

3. Chutes & Ladders.  Some adults really loathe this game, but I don’ t mind it.  It’s great to help your child recognize her numbers through 100.

4. Candy Land.  This is an easy game — your child only needs to know her colors. It’s a bit simple for a five-year-old, but sometimes simple is just what you’re looking for.

5. Uncle Wiggily Game.  We play my husband’s childhood version of this game.  I’m told the newer edition has a simpler board.  Simply read the cards and move ahead.  This is another game for recognizing large numbers and counting movement along a path.  The game is based on the characters in the Uncle Wiggily stories, originally published for the newspaper in the early 1900’s.

7. EeBoo Tell Me a Story.  This collection of 36 sturdy picture cards can be used in many different ways. In our favorite version, we take turns turning over a card.  With each new card, we tell a new part of the story.  We have the fairy tale edition, but there are several other options.  This is a wonderful game for fostering creativity and pre-writing skills.  And it’s also portable – slip it in your purse when you know you’ll be waiting a long time at your next appointment.

6. Sorry.  Unlike some of these other games, Sorry involves a fair amount of strategy.  It’s great for a child who’s ready to move up to the next level in board games.  Another bonus is that older siblings will enjoy playing it too.

7. Monopoly Jr. – This game is a much simplified version of the grown up version – and thankfully, much shorter to play! Our kids love it, and you won’t mind playing along.

Get gift ideas for the whole family! 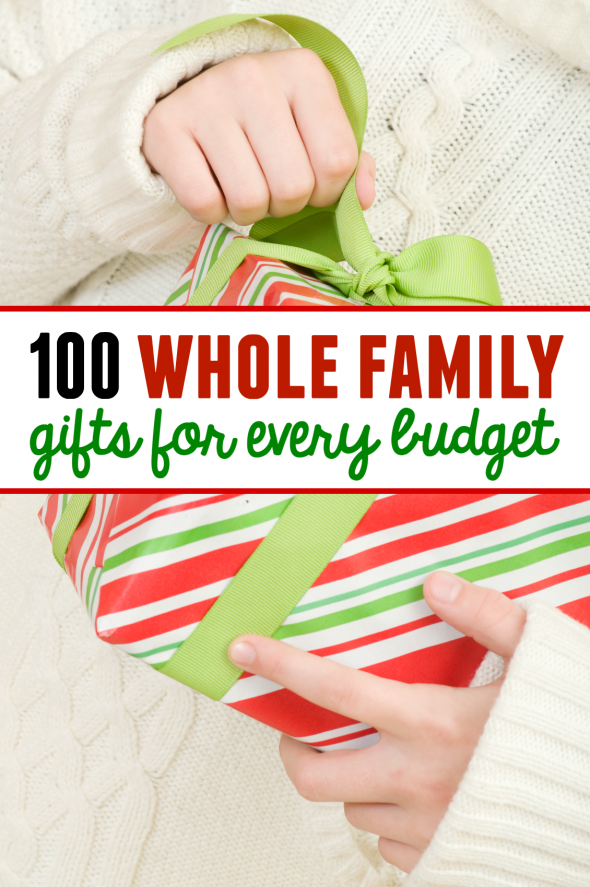