Children’s literature can be a great way to introduce math concepts. Check out this list of books about multiplication!

Today I’m sharing a big collection of books that you can use to introduce and reinforce multiplication. If you’d like, click here for a printable list. 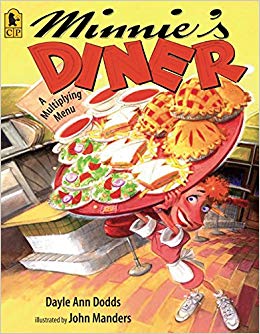 In this silly book, the McFay boys have a hard time doing their farm work – because the wonderful smells from Minnie’s Diner are too strong. The boys come to the diner one at a time, from the youngest to the oldest. Each boy has double the amount of food of the brother before him. It’s a great book for teaching the concept of multiplication through doubling. 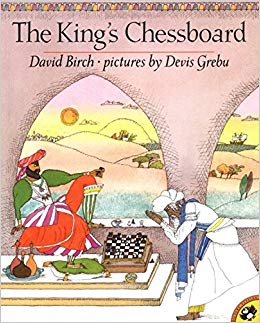 The King’s Chessboard, by David Birch

While this book teaches an important lesson (that pride can get in the way of good judgment), it’s also an incredible math lesson. The king offers the wise man a reward, but the man refuses. When the king insists, the man relents. He asks for one grain of rice for each square on the king’s chessboard, doubled each day. Kids will be amazed at how quickly the amount multiplies… emptying the king’s storehouses! 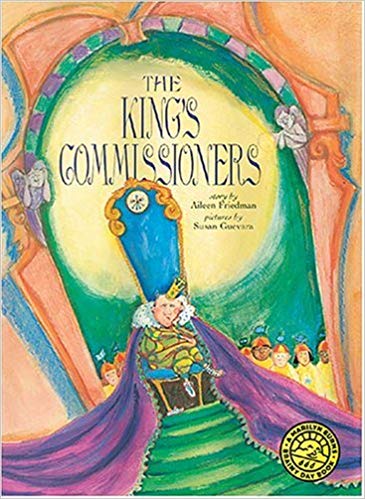 The King’s Commissioners, by Aileen Friedman

While I wouldn’t call this a very engaging book, it’s useful for teaching students about skip counting (2’s, 5’s, and 10’s) – and, by extension, multiplication. I recommend it as a read aloud for grades 2-4. 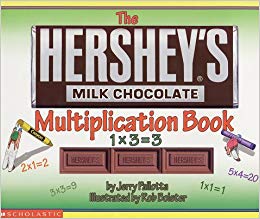 The concept of this book is very good – using a chocolate bar to teach multiplication using arrays. But on each page, the author also includes references to particular styles of art. Frankly, it’s confusing, and detracts from the math lesson. If you’d like to introduce multiplication with Hershey bars, use this book as a reference as you plan your lesson. But I wouldn’t recommend it as a read aloud. 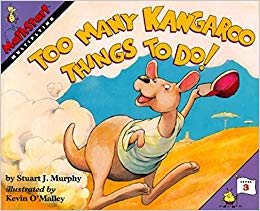 Too Many Kangaroo Things to Do! by Stuart J. Murphy 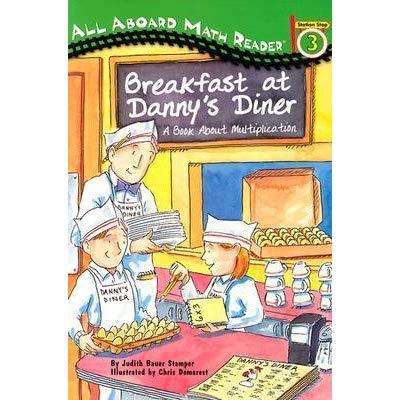 This is a (very) simple chapter book about multiplication. I like how it integrates multiplication into the work that Tony and Tina are doing at their uncle’s diner. However, the book feels too long and too involved for an introduction to multiplication. It would be best for kids to read on their own after they have some experience with their times tables. 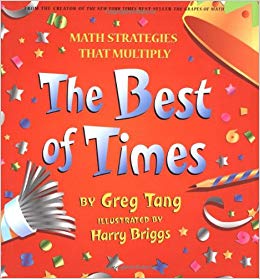 The Best of Times, by Greg Tang

The theme of this book is that you can break multiplication problems down into simpler pieces and then put the pieces together to get the answers. For example, to mulitply eight:
Eight is very much like four,
Simply double but once more.
Since 2 times 2 times 2 is 8,
Doubling three times works just great!

I love the concept, but I don’t think the book will simply multiplication for kids who are struggling. It’s probably best for strong math students who like to look at things in a different way.

That said, I like the way the book doesn’t just focus on memorization, but teaches kids to problem solve. I think it’s important that kids have math fluency with their facts, but it’s also important that they see where those answers come from. 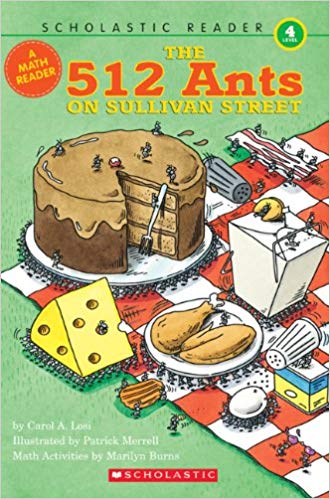 The 512 Ants on Sullivan Street, by Carol A. Losi

This fun story teaches the concept of doubling, which you can use as an introduction to multiplication. In this rhyming tale, a family brings a basket of goodies for a picnic. But ants (and more and more ants!) keep taking their food. First we have 1 ant, then 2, then 4, then 8, etc.

What I love most about this book is that it has extension activities in the back by renowned math educator, Marilyn Burns. Highly recommended! 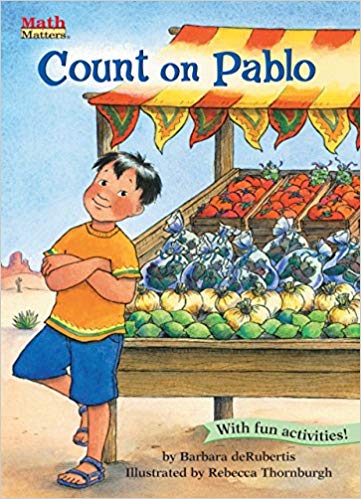 Count on Pablo, by Barbara deRubertis

In this simple and engaging story, a boy helps his abuela pick wash, and count out garden produce to take to market. While you could definitely use this book to teach skip counting (2’s, 5’s, and 10’s), it can also be used to introduce multiplication facts. 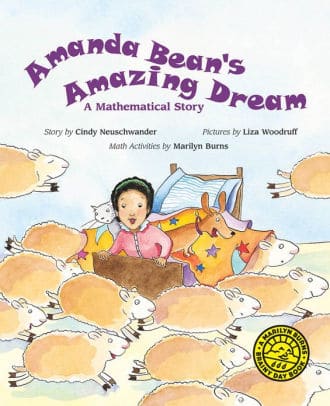 Amanda Bean counts anything and everything – but she doesn’t want to learn multiplication. It’s only when she has a crazy dream that she becomes ready to learn a new way of counting – multiplication.

This book helps kids understand why multiplication is useful (it’s fast counting) and how it relates to the world. I love, love, love the extensions in the back by math educator Marilyn Burns. 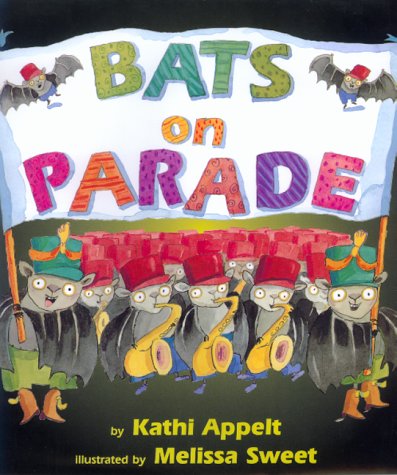 Bats on Parade, by Kathi Appelt

This rhyming book features a parade of bats who march down the street in varying groups. The piccolos are in two lines of two (2 x 2 = 4). The flute players march three by three (3 x 3 = 9), and so on. I didn’t find the story all that engaging, but it does a great job with the concepts of multiplication and arrays. 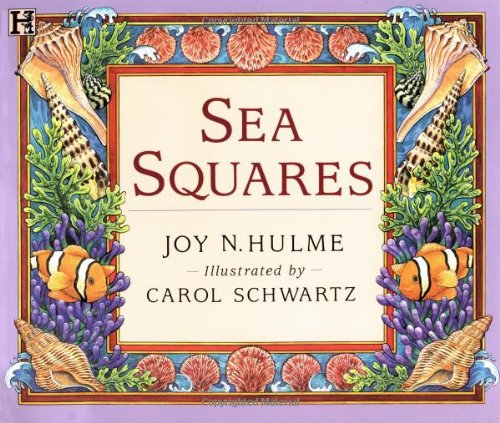 I would use this book with kids who have a beginning understanding of multiplication. Have them look at each 2-page spread and write the corresponding multiplication fact.

Eight eight-legged octopuses kicking the ocean,
Stirring up the currents in a watery commotion.
8 “octos” on the ocean floor
Have scrambled legs, 64. 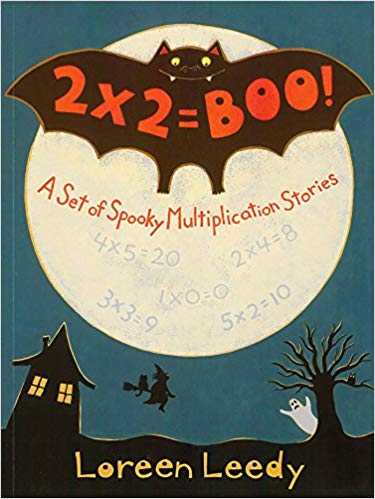 This is a funny and entertaining book that teaches kids the multiplication facts through 5 through a set of spooky (not scary) stories. For example, in teaching kids to multiply by zero, two witches’ cats are talking about how their witches multiply things by zero to make them disappear.

It might be a bit tough for a whole class read aloud because there are many pictures per page, and the story is told through word bubbles. But if you can make it work with a group, I highly recommend it! 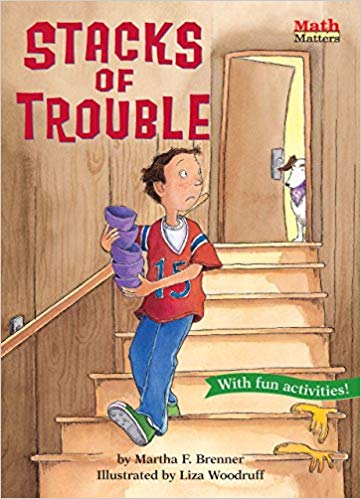 In this book, Mike hides dirty dishes instead of washing them. He uses multiplication to figure out how many dishes are being used. It has a good concept, but I found the story a bit hard to follow. It wouldn’t be my first choice. 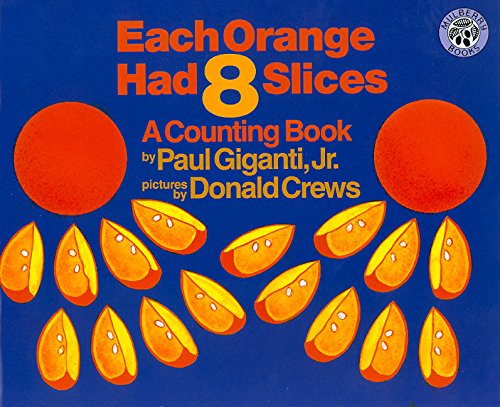 Each Orange Had 8 Slices, by Paul Giganti, Jr.

I would use this book for children already familiar with multiplication. You could put it at a math center and have students record the answers for the problems on each page.

For example, the first page says the following:

Kids could write the following answers:

Another challenge could be writing different ways to solve each problem. For example, kids could figure out how many tiny bugs there are by counting by 2’s. 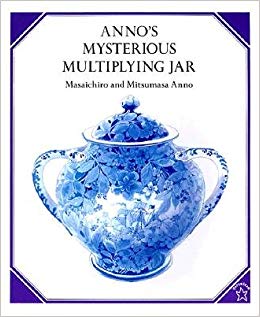 This is a book that teaches the advanced math concept of factorials in a natural and obvious way. That said, I do not recommend this book as an introduction to multiplication or for young listeners … unless they are fascinated by math and problem solving. You may feel differently, though, so check it out and see what you think. 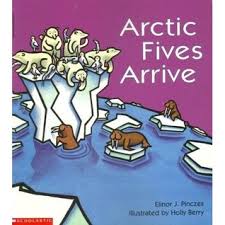 In this delightful rhyming book, polar animals come together at the top of an iceberg – five at a time. While this book is ideal for teaching skip counting by 5’s, you can easily take it one step further and teach beginning multiplication. 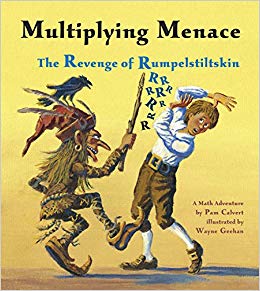 Rumplestiltskin returns, demanding the queen’s child in this fractured fairytale. When he doesn’t get what he demands, Rumplestiltskin wreaks havoc with his magic multiplying wand. Later, the queen’s son multiplies by fractions to reverse the mess.

I think the book may be a bit too complex for introducing multiplication, but it’s a clever story. 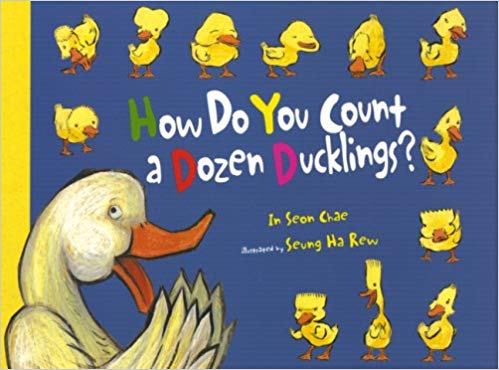 How Do You Count a Dozen Ducklings? by In Seon Chae

When Mama Duck’s eggs hatch, she counts twelve ducklings. How will she keep track of so many? Her solution is to sort them into lines – such as two lines of six. “Six times two.” Then she groups them into four sets of three ducks. “Four times three.” And on it goes. This is a sweet story and a great introduction to the concept of multiplication.

Have you checked out my free multiplication bingo games yet? 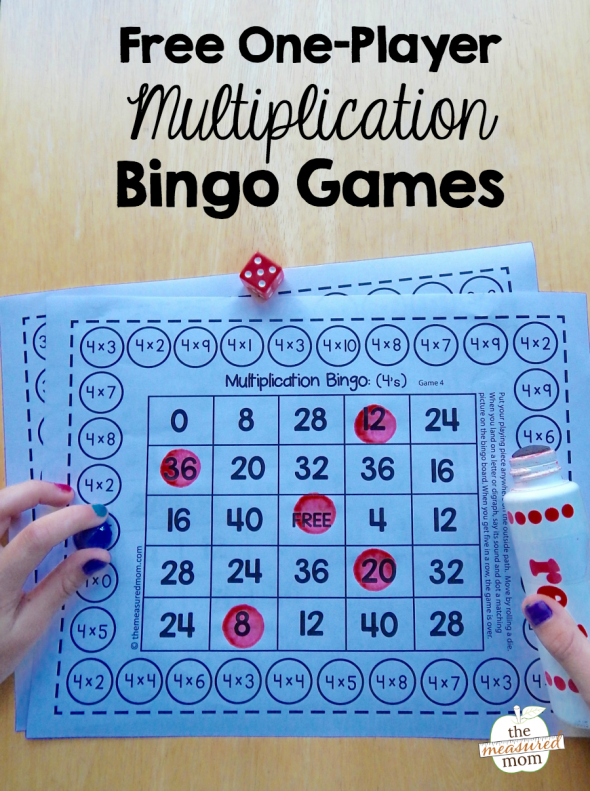