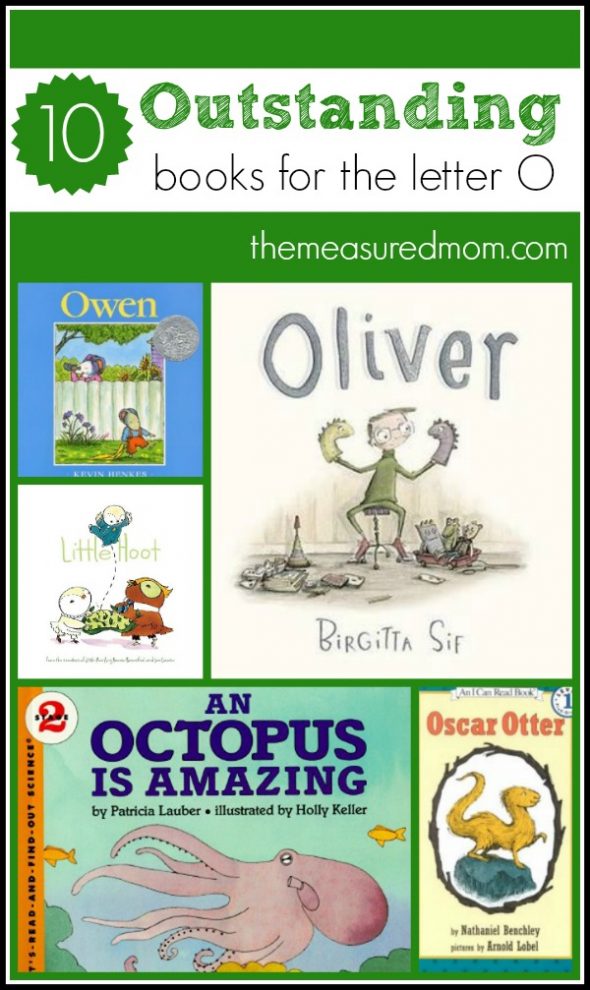 This book was new to me, and I’m so glad I discovered it!  Oliver is different. He likes to play by himself with his toys and stuffed animals.  But he always feels left out — until he meets Olivia, who’s a little different too.  A treasure! 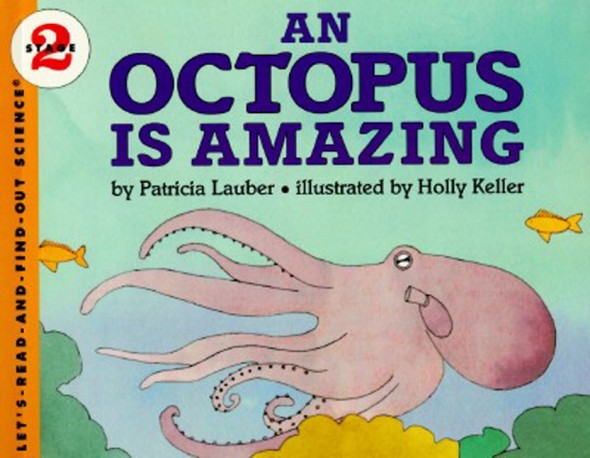 An Octopus is Amazing, by Patricia Lauber

This book has a fair amount of text, which may be too much for the youngest preschooler. My Three resisted, but then listened with interest to the whole book.  You’ll love the fascinating information.  Did you know an octopus lays about 200,000 eggs?  Or that if a predator tears off an arm, it will grow back?  Perfect nonfiction for young kids!

Brought to you by the author/illustrator of Danny and the Dinosaur, this is another book for kids to love.  When the circus has one elephant too many, Oliver must find something else to do.  The zoo doesn’t need an elephant, it doesn’t work to pretend to be a woman’s dog, and Oliver doesn’t make a good horse.  Finally, after an afternoon with children at the park, the circus man rediscovers Oliver and welcomes him to the circus after all.

Admittedly, the word “owl” doesn’t do a great job of teaching the letter O sound, but this book is such a delight that I had to include it.  Little Hoot is a happy little owl – except at bedtime. Because unlike his animal friends, he has to stay up late.  The tired little owl begs his parents to let him go to bed, but they make him play for one more hour.  It’s as adorable as it sounds.

Owl at Home, by Arnold Lobel

Owl is silly and lovable, and both parents and kids will laugh out loud at his antics.  Our favorite chapter is when he makes tear water tea.  To make the tears Owl must think of very sad things… like pencils that are too short to use, and mashed potatoes left on a plate because no one will eat them.   We always laugh at the chapter where Owl is terrified of the bumps at the end of his bed (they are, of course, his feet under the covers).  This is one of those classics that everyone should read.

How to Hide an Octopus & Other Sea Creatures, by Ruth Heller

My Five loved to listen to this rhyming book and find all the ocean animals camouflaged throughout the story.

If you’ve never read an Olivia book, then you’re missing out on one of the best new characters in children’s literature in the last 15 years.  Olivia is a precocious little pig who “can sing 40 very loud songs and is very good at wearing people out.” The black and white illustrations with red accent give the book a special charm.

An Octopus Followed Me Home, by Dan Yaccarino

This rhyming book tells the story of a little girl who begs to keep the stray octopus that has followed her home.  But her dad is fed up with her animal collection– including crocodiles under the bed, seals in the pool, and penguins in the fridge.  He demands that his little girl return the octopus to its ocean home — and his daughter discovers a stray dinosaur on her way back.

Oscar the Otter, by Arnold Lobel

Oscar the Otter loves to slide down into the pond. One day he decides to create his own slide, despite a warning from his father — it’ s so far from the pond that he is in danger of other animals.  When a wolf chases him, Oscar has a wild adventure.

This is a book we own, and one I’ve read countless times.  Owen is a little mouse who is very attached to his blanket.  Despite the tsk-tsks  of neighbors and the concerns of his parents, Owen will not let his blanket go.  What will he do when it’s time for school?  Thankfully, Owen’s mom has the perfect solution.