Teach students how to have fun with figurative language by reading aloud these books with alliteration! 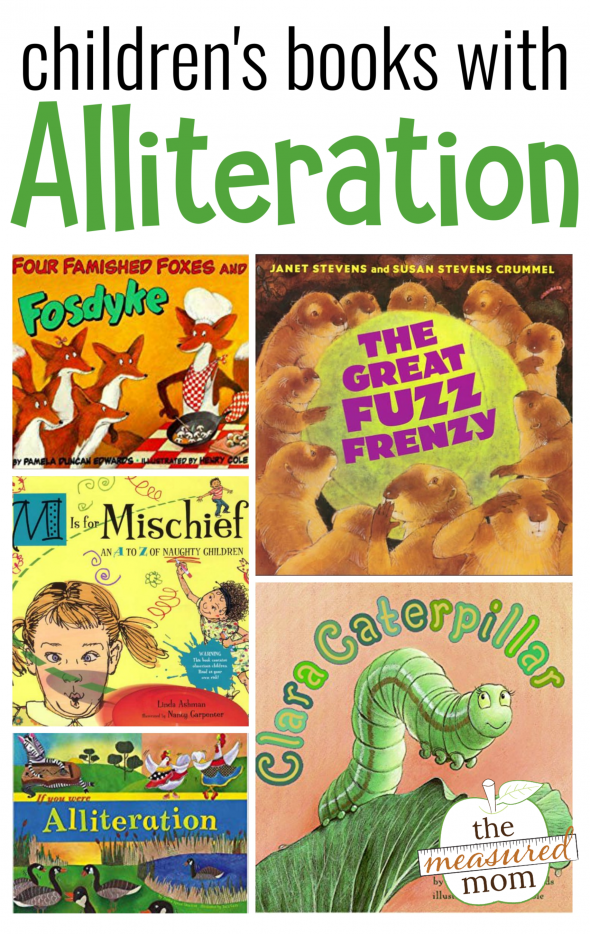 Alliteration is the purposeful repetition of the intiial sound – most often a consonant or consonant cluster – in two or more words of a phrase. For example:

He spluttered and splashed.

Why is it important to teach our students about alliteration?

Alliteration is important to teach our students because we want them to incorporate it into their writing. Alliteration can help them set a mood, establish the rhythm, capture the beauty of language, or just have fun. (I Can Write Like That! by Ehmann and Gayer).

How can we best introduce alliteration?

We can read books with alliteration to young writers and middle school writers alike. While we may use over-the-top examples to introduce it, we also want to show our students more subtle examples; after all, the best uses of alliteration are subtle, yet powerful.

Here are some excellent books to teach alliteration!

M is for Mischief, by Linda Ashman

This lengthy book contains a poem about a naughty child for each letter of the alphabet. While some of the poems are fun to read, it’s tiresome to read the entire book from beginning to end. You probably won’t care for all the rhymes, but you could definitely pick a favorite and write it on a large chart or put it on the smart board to introduce alliteration.

The Z was Zapped, by Chris Van Allsburg

This is a rather dark alphabet book, which is why I didn’t include it in my list of alphabet books for kids. However, Chris Van Allsburg is a genius, and he’s created a remarkable book which is perfect for teaching alliteration. On each page, a letter meets its end in a stunning pastel drawing. A was in an avalanche, B was badly bitten, C was cut to ribbons, etc. Great for older listeners.

If You Were Alliteration, by Trisha Speed Shaskan

This is an excellent book for introducing the concept of alliteration to young listeners. “If you were alliteration, you would be the same sound repeated at the beginning of two or more words in a phrase or sentence … Ulysses the Unicorn spots a UFO as he makes a U-turn on his unicycle.” The author does a great job of mixing the teaching points with silly sentences and collage-style illustrations. 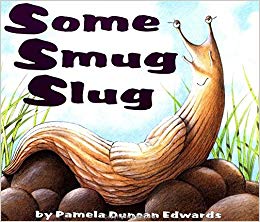 It is nearly impossible to write a good story that uses alliteration throughout, but Edwards does it again and again. In this book, a smug slug is slithering up a slope. Despite the warnings of the other animals, the slug saunters onward. Little does the slug know, the slope is actually the back of a toad. The smug slug meets a surprising end!

Here’s another gem from Edwards. Clara Caterpillar is a common, cream-colored caterpillar. How can she possibly compete with the crimson, conceited Catisha? My Four loved this one and requested it often. 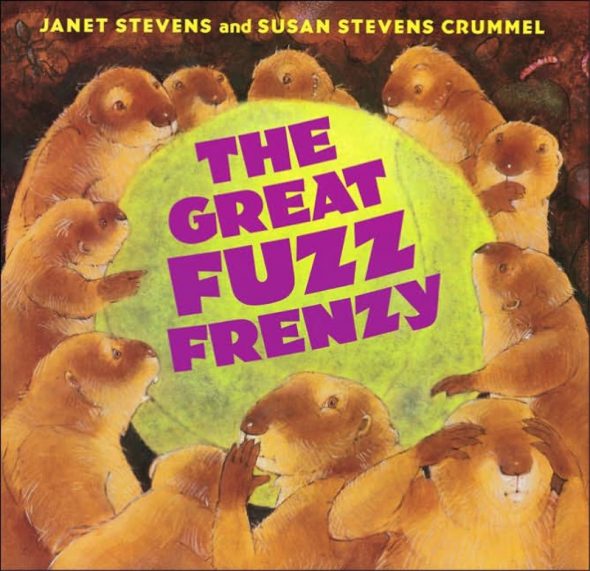 My Four, Six, and I laughed out loud as we read this hilarious book about prairie dogs who discover a tennis ball that rolled down their hole. The animals realize that they can pluck the fuzz off the tennis ball, and chaos ensues as everyone tries to get a piece. When the fuzz runs out, a battle breaks out. It’s a fuzz feud. A fuzz fiasco. This wonderful alliterative tale is one to own. 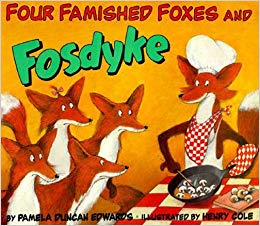 I’m including one more winner from Edwards. In this book, four fox siblings make fun of their brother, Fosdyke, who prefers figs, and fennel to the traditional fox fare. But when the famished foxes have an unsuccessful hunt, they’re thankful for their brother (and his cooking!) after all.

The truth? I did not enjoy this book and found it tiresome to read aloud. However, my kids enjoyed this over-the-top tale of bedhead that gets completely out of control. And it is truly an excellent book to teach how alliteration can make text come alive, as Palatini does a marvelous job using just the right amount. Challenge your students to locate the alliteration as you read the book aloud; then discuss how it enhances the text. Here are a few examples: 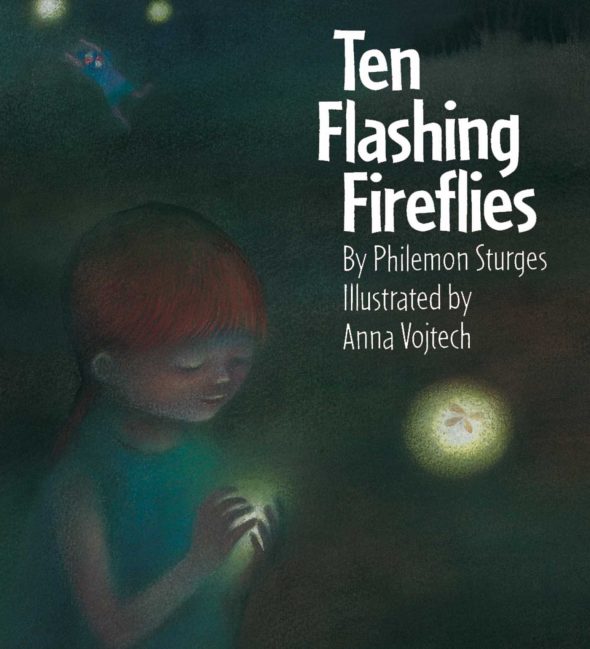 As I reviewing this book for my list of counting books, I realized it was also an excellent example of subtle alliteration. As students count the fireflies as they are caught and then released, challenge them to find alliteration in the text. Here are some examples:

This is a gentle book about a fearsome, hungry crocodile that ignores all the sounds of the wild as she listens for her babies to hatch out of their eggs. Alliteration abounds! 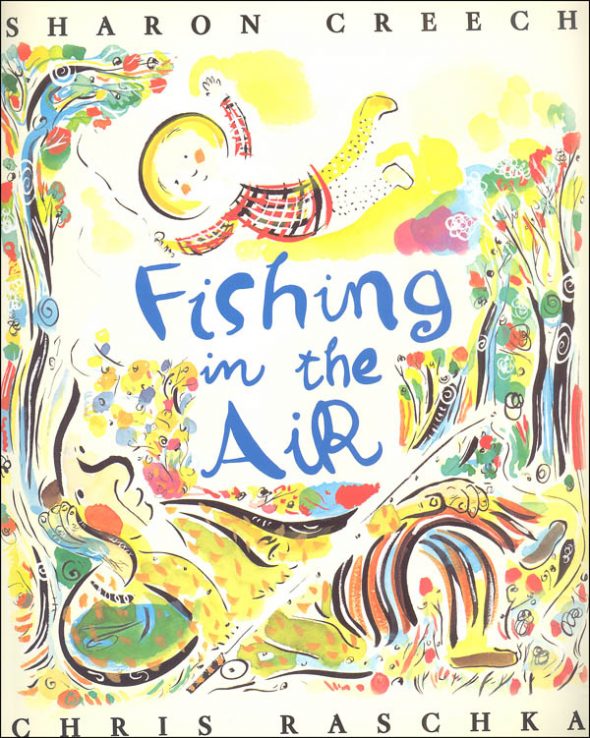 Fishing in the Air, by Chris Raschka

This is a lyrical book with whimsical illustrations. It’s often used to teach about similes and metaphors, but it also has wonderfully subtle examples of alliteration.

This is a humorous book about a book who is (seemingly) telling a tall tale about why the wind caused him to be late for school. Examples of alliteration include:

Check out this free game for kids in grades 2-5! 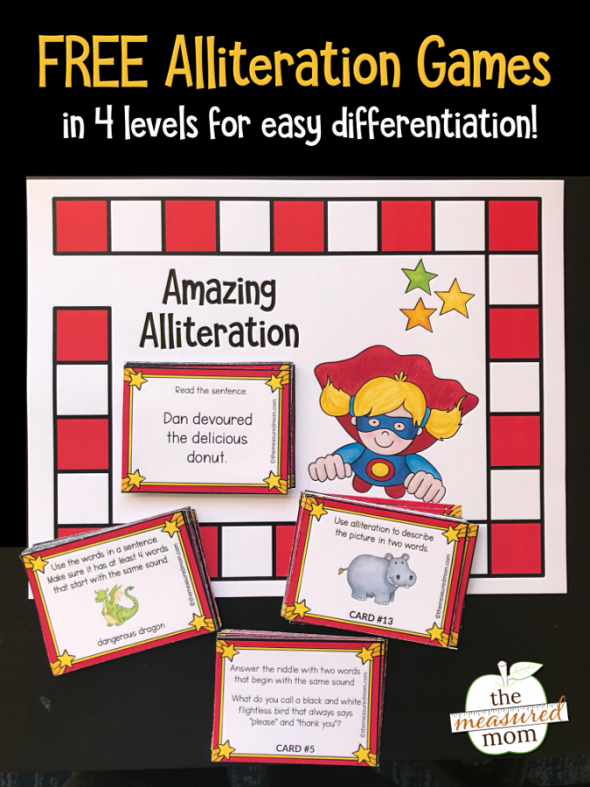 Books about insects and spiders All About Me books Books for Letter Q
Versions of the Three Little Pigs
Write the room: Telling time