Looking for a fun science idea?  We loved the classic egg drop experiment!

I’ve decided to put together some classic science activities to do with kids.  Have you seen our “which snack food is the greasiest” experiment?  This was the natural first choice because it involved junk food we don’t typically have at our house – and of course the sampling of it.

For our second experiment we made a mess.  Also fun. 😉 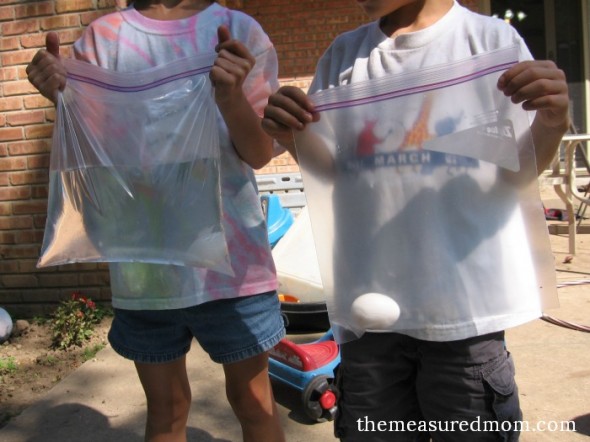 Our goal: to make a cushion which would keep our egg from breaking in a fall.  My Seven held the egg in a bag of water.  My Six held the egg in an empty plastic bag.  We made our predictions, and we were in agreement: the egg in water had a better chance of surviving the drop. 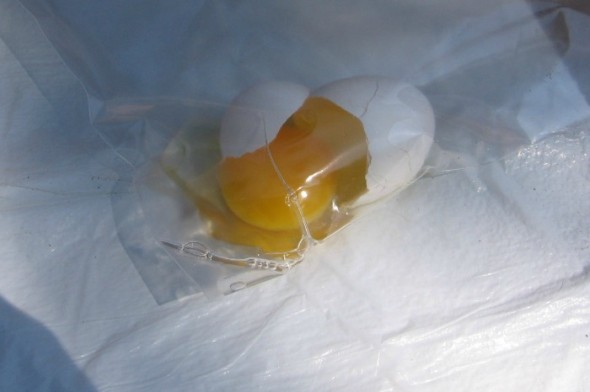 We placed an unopened garbage bag on our cement patio for easy clean-up in case the bags should split open.  My Seven and Six dropped their bags at the same time.  No surprise — the egg without cushion broke on impact. 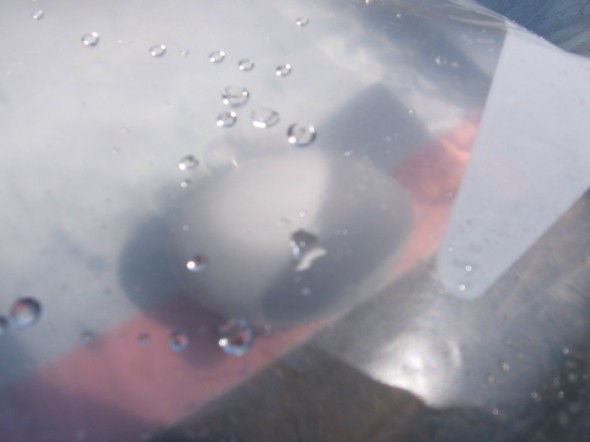 But the egg in water survived the fall!  This had us thinking about other possible cushioning materials.  Would our sandbox sand do the job? 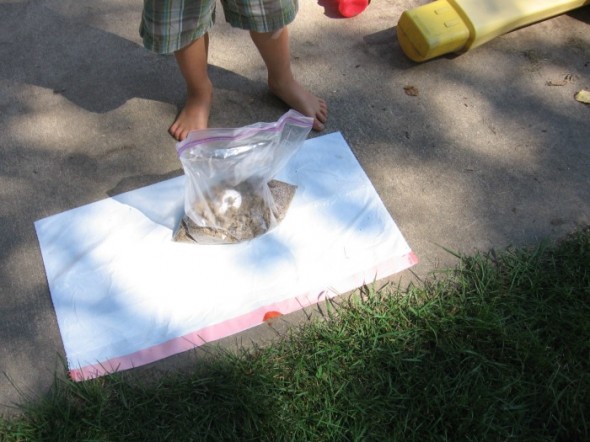 My Four dropped the egg this time, and we learned that sandbox sand was a great cushion.  How about newspaper? 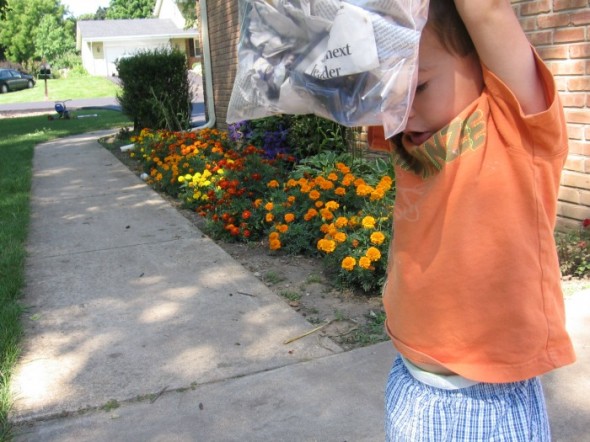 We scrunched up the newspaper and packaged it around the egg.  My Two dropped the bag. 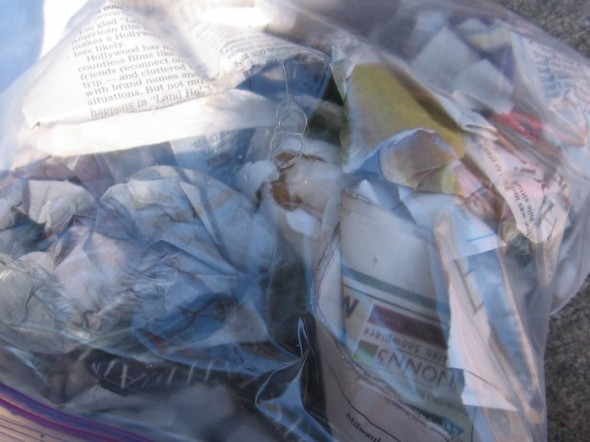 We were surprised that the egg broke, but we realized that it had not been balanced in the material.  When my Two dropped the bag, the egg pulled it to one side, and the egg made a direct hit on the concrete.  Whoops.  We could have tried this again with better packaging, but we wanted to see if an egg could survive a fall in an egg carton.

Considering all the broken eggs we see at the grocery store, we were quite sure it would not. 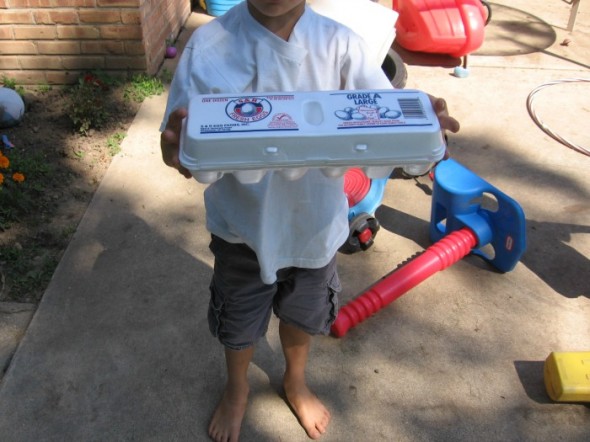 My Six held the carton at chest height… 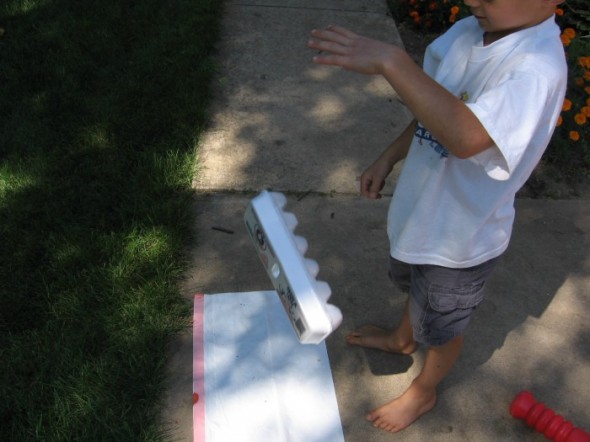 … and dropped it.  We opened up the carton, expecting to find a yolky mess. 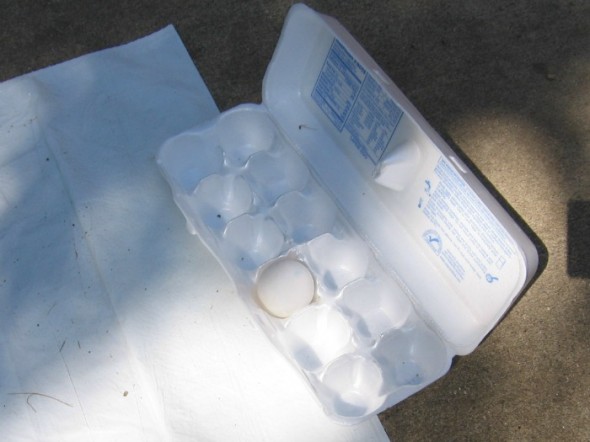 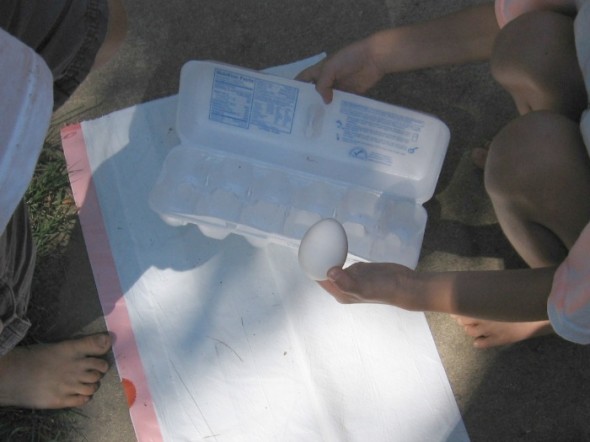 The egg was still intact! 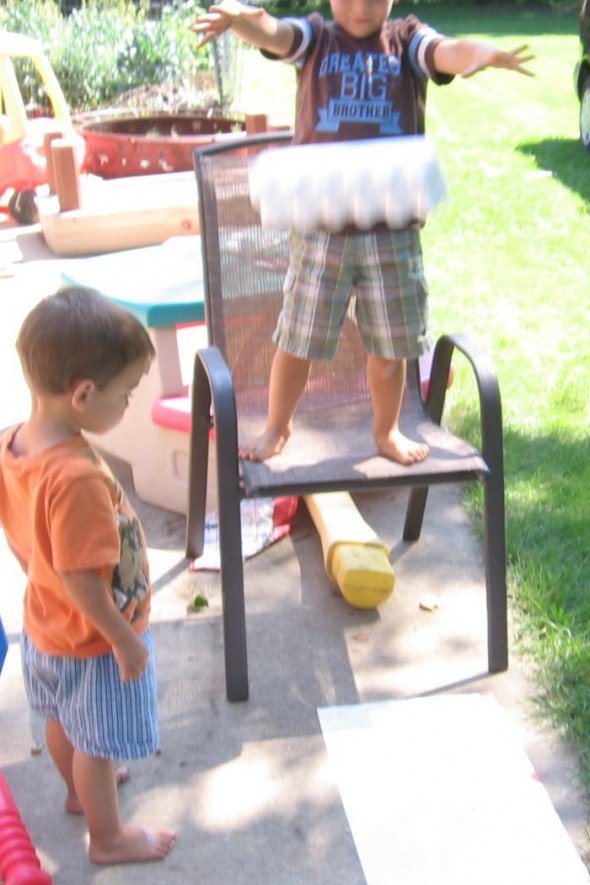 So my Four stood on a chair, held the carton over his head, and slammed it down. 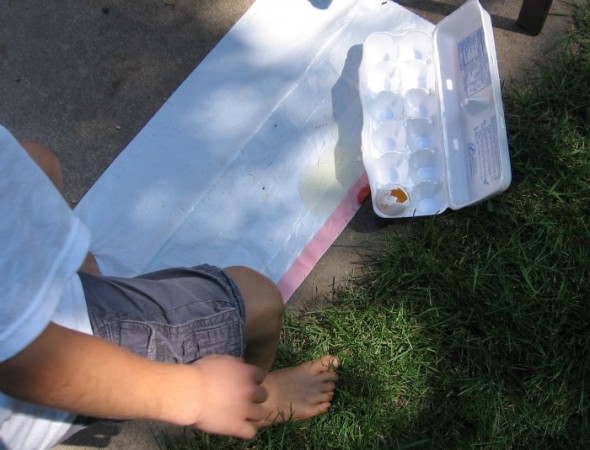 The classic egg drop activity leaves room for so much experimenting!  Try some of these variations:

Other materials to try for cushion:

When you drop the egg, it gains speed as it falls. Without any protection, it hits the ground hard and fast, causing it to break.  When you protect the egg by packaging it in water, newspaper, or another cushioning material, you reduce the impact of the fall on the egg.  The cushion hits the ground first, protecting  the egg from the full force of the impact.   Whether the egg breaks depends on the amount of energy your padding system absorbs. 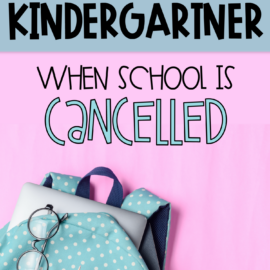 What to do with your kindergartner when school is cancelled 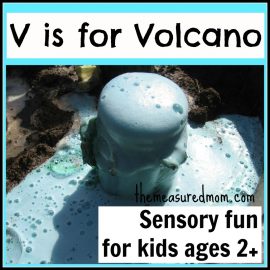 Make your own volcano: Sensory fun for the Letter V 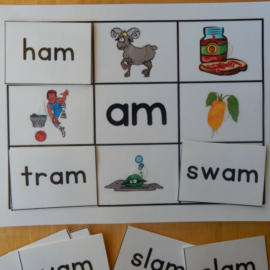 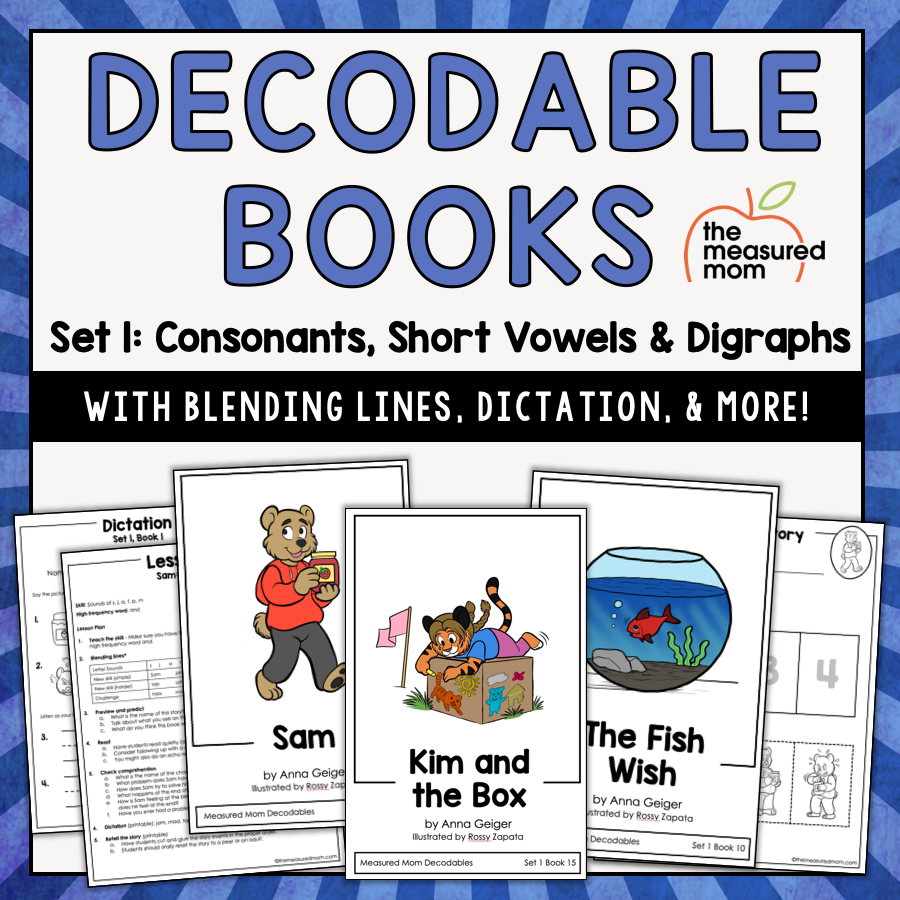 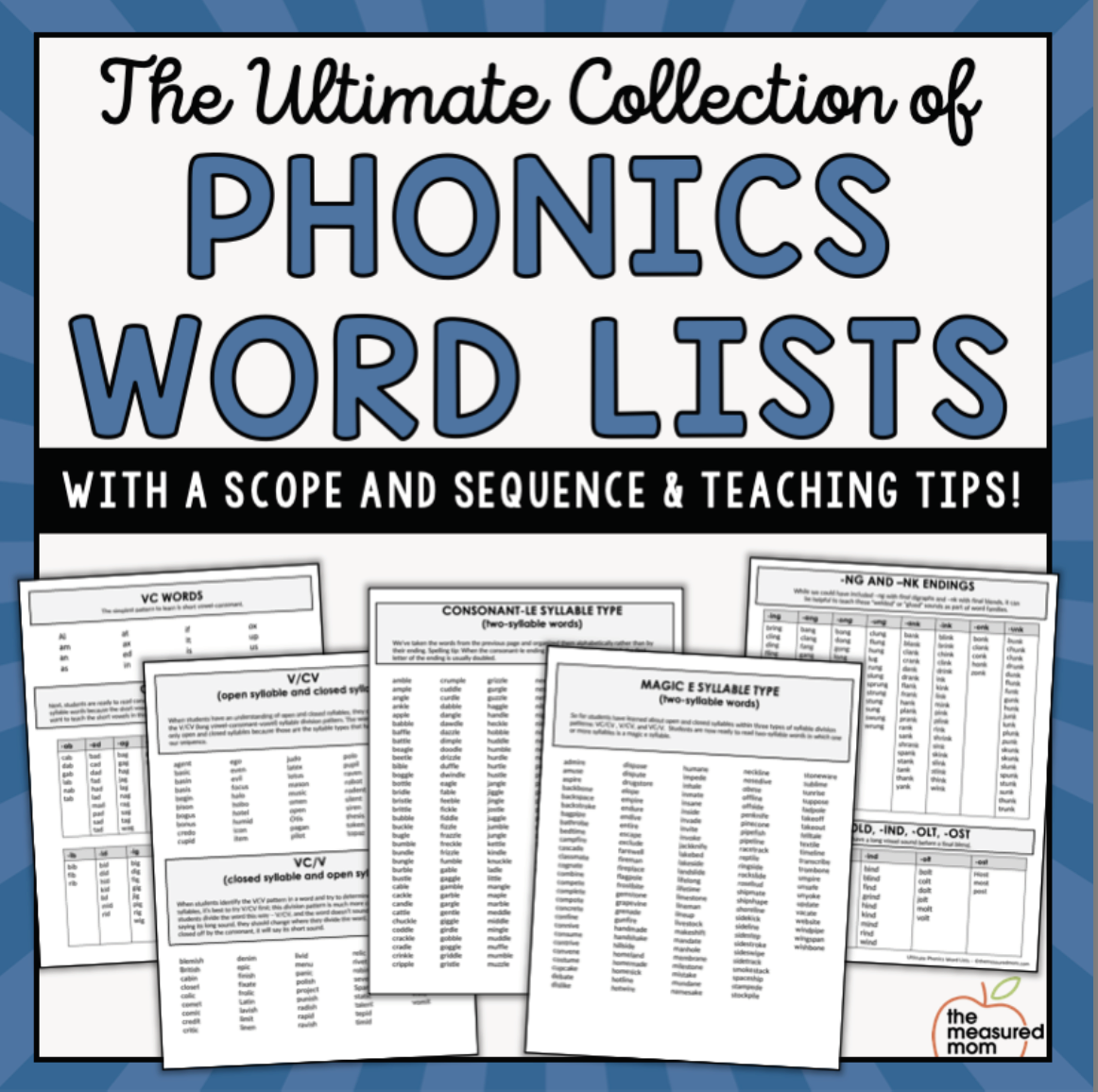 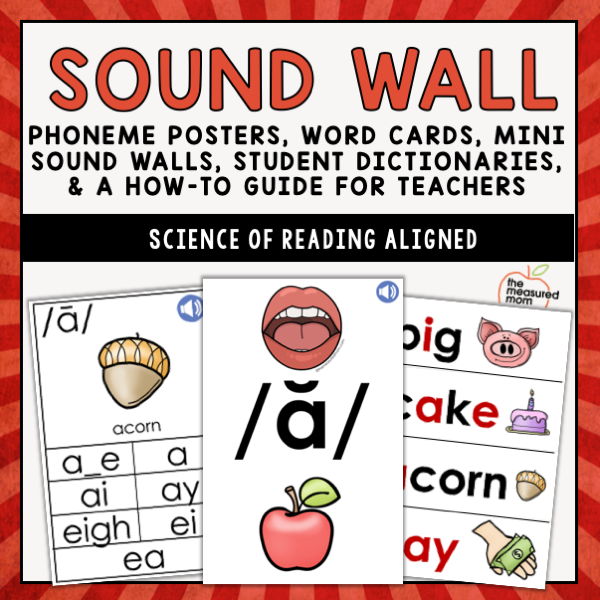