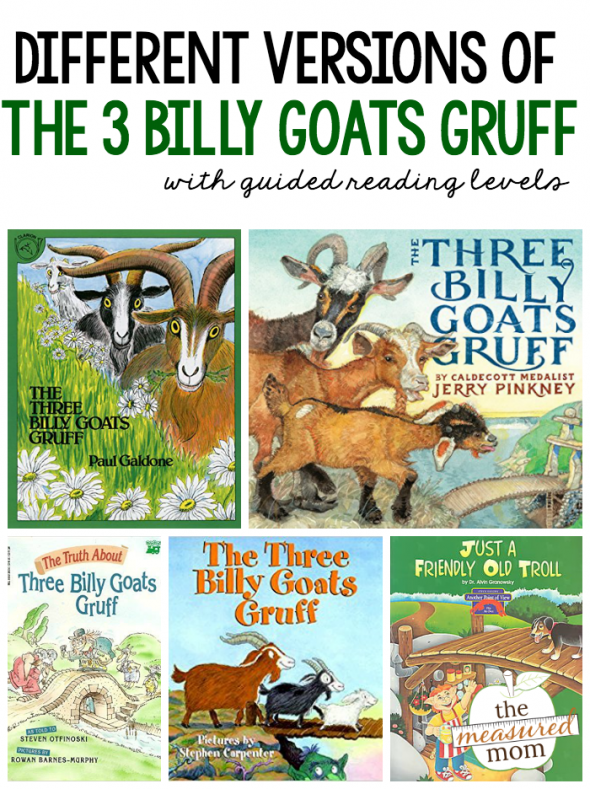 Don’t you love reading different versions of familiar tales? This book list is the second in a series of lists that share versions of favorite stories. 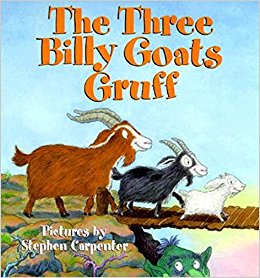 The story itself isn’t anything new, but the colorful illustrations drew us in. Preschoolers will enjoy the engaging (not scary) illustrations, making this a perfect read aloud for little ones.

This book was surprisingly well written and interesting. Told from the perspective of the troll, the story is about a troll who built a bridge and charges a reasonable toll. But the rude billy goats Gruff have no interest in paying what they owe – leading to lots of trouble for poor Tobias T. Troll. My Four wanted to hear this again and again. It’s not a quick read aloud, but it’s worth the time. Older kids will enjoy it too. 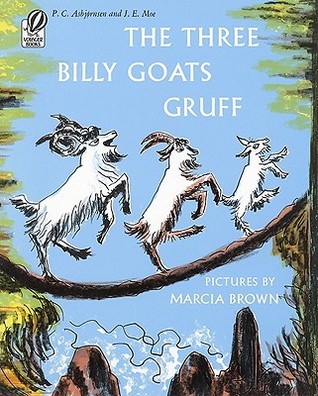 I wouldn’t call this book spectacular in either text or illustrations – but it’s a vintage book that has stood the test of time. I have a special place in my heart for those, and I think kids should read them.

You can’t go wrong with a folktale adaptation by the author and illustrator Jerry Pinkney. Not only Pinkney is a good storyteller, but his illustrations are breathtaking. We enjoyed this familiar story with the surprise twist ending. Recommended!

I wouldn’t say there’s anything spectacular about this version. However, it’s cute and engaging – and my Two requested it over and over again.

This is a fun book for kids to read on their own. They’ll enjoy the added humor and speech bubbles. I like that it’s divided into short chapters.

This clever book is part of the exceptional “Another Point of View” series. If you read the book from one direction, you read the traditional tale. Flip it over, and you have a new tale to read. In this book, the troll is a friendly, quirky character who lives in a cozy home under the bridge. When he offers to have the goat over for dinner, a terrible misunderstanding results. Funny!

We love Paul Galdone’s traditional fairy tale renditions.  While there’s nothing spectacular about the text in this story (there’s not a whole lot you can do with it!), there’s something about the pen and ink illustrations that grabs us. Plus, the troll is really ugly.

This is a cheerful version with engaging pictures and a modest amount of text on each page. While it work well for a read aloud, it’s also a good one for young readers.

This simple book is part of the Read-It Readers series. It has large, clear text on each page. There’s nothing spectacular about the story, but it’s a good familiar tale that kids can read on their own.

This version has the charm of a vintage book (even though it was published in 1993). I like the minimalist drawings, but they may not be for everyone. Much of the text is written in all capital letters for emphasis. This may annoy adult readers, but I think it would be helpful for young readers learning to read with expression.

Janet Stevens is another author-illustrator we love. Her illustrations are hilarious (the youngest billy goat is in diapers!), and she’s a great storyteller.  Don’t miss her adaptation!

Did you find some new books to reserve at the library?

I recommend my collection of reader’s theater scripts featuring favorite stories – perfect for kids in grades 1-3! When you purchase the bundle, you’ll get ten scripts – including “The Three Billy Goats Gruff.”

YOUR STUDENTS WILL LOVE OUR READER’S THEATER PLAYS

Reader’s theater is the easiest (and most fun!) way to build fluency. This popular bundle has ten plays based on familiar tales. You’ll love the differentiation in these engaging scripts!