Looking for a simple activity to help your students learn the sounds of consonant digraphs?  Try this one!

My Four knows his letter sounds very well, thanks to many months of hands-on alphabet activities. While he’s not quite ready to sound out words, there’s a lot of learning we can do in the meantime.

Up next: hearing and identifying consonant digraphs!

For this activity we focused on the common beginning digraphs: sh, ch, th, and wh.

Before we tackled digraphs, I pulled out some familiar letter sound pages.  I thought it would be good to start with something my Four knows well: beginning vowels and consonants.

First he named the main picture, isolated the beginning sound, and found pictures whose names began the same.

He covered the correct pictures with poker chips.

When you join our low-cost membership, you’ll get instant access to thousands of low-prep resources for building math and literacy skills!
CLICK HERE TO LEARN MORE 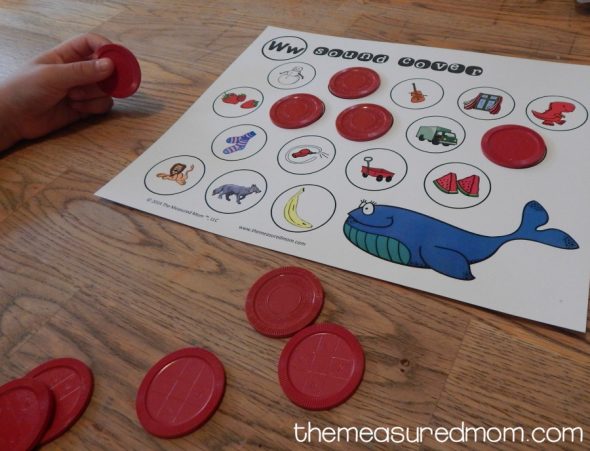 He did a few more pages, including this one for letter w. 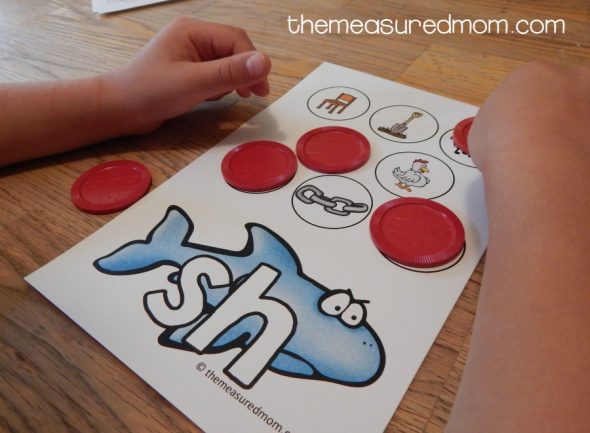 Next, I pulled out our new digraph pages. I showed him that in this case, two letters make one sound.  We said the word “shark” together and said the sound of sh slowly. “Shhhhh.”

My Four looked up. “Mommy! That’s the sound you make when you tell me to be quiet!”

This is our child who happens to have just one volume (LOUD),  so he hears that a lot. 😉 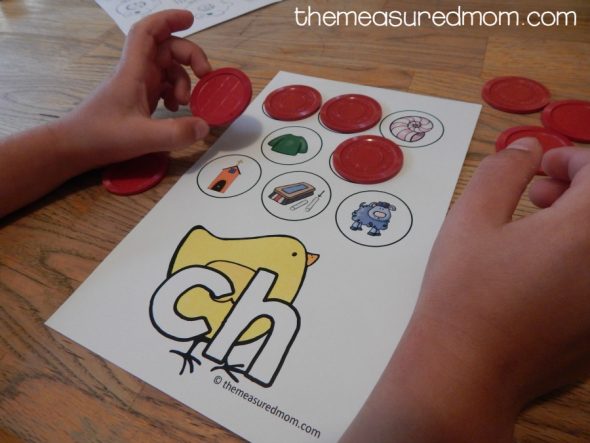 Next, he found pictures that began with /ch/ as in chick.  He did a great job! 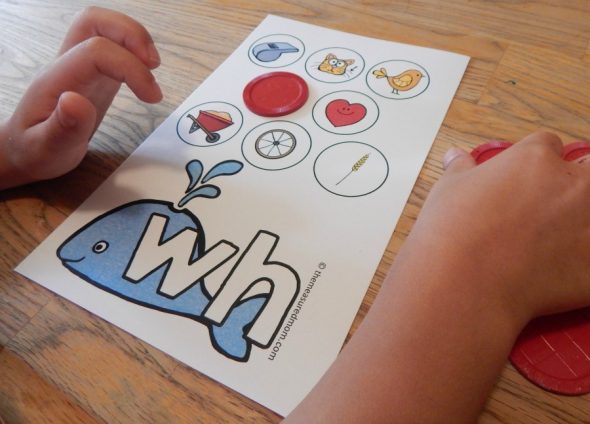 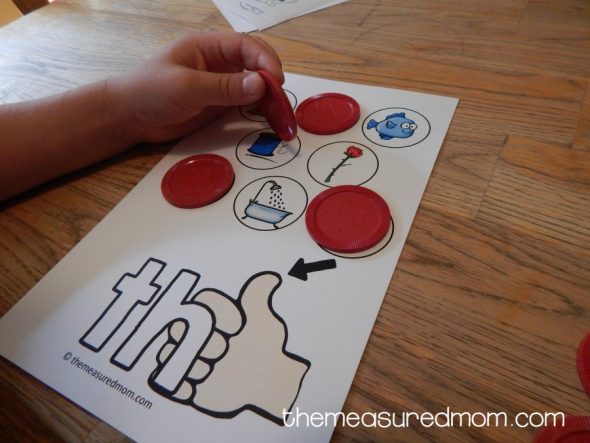 Not pictured are the kn and ph mats. I included them in case you’d like them, but so few words begin with those sounds that I don’t think it’s necessary to practice them at this stage of the game – unless you want to.