This addition and subtraction activity turns learning math facts into a game! 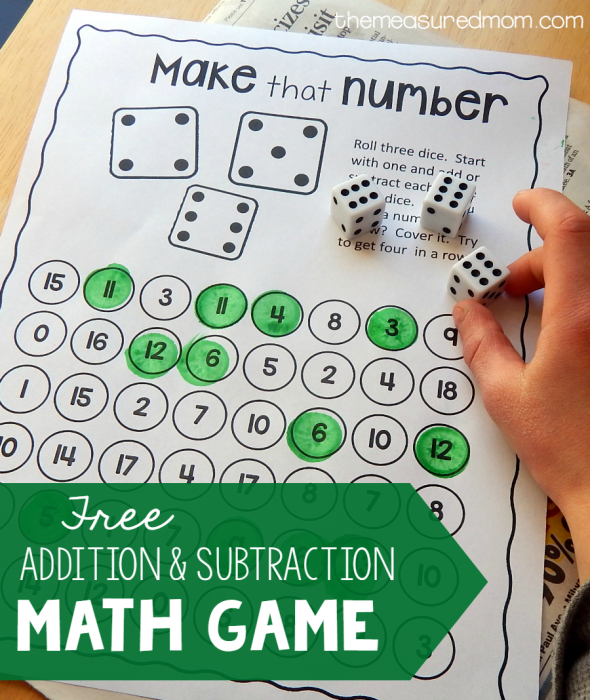 It’s week two in the K-2 Math Activities Series! I’m teaming up with two other bloggers to bring you a total of three new math activities each week!

This week we’re featuring games that focus on operations.  Since my game is for second graders, I created a game that will give kids a chance to practice addition and subtraction – with a little problem solving thrown in. 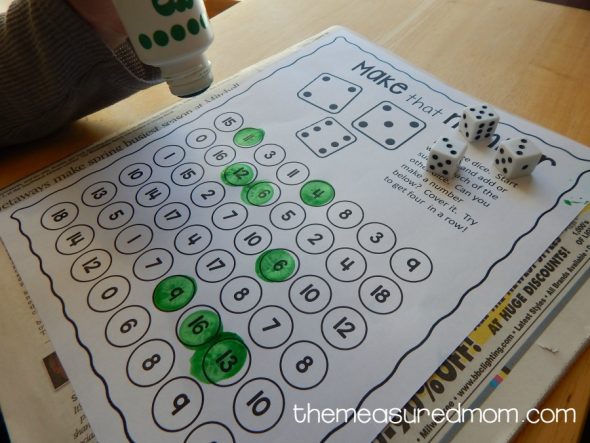 Print a game board for your child and provide the dice.  We don’t have a second grader at home, so I pulled this out to use with my first grader.  We started with the three dice version, since he enjoys math.

In the above example, you see just some of the answers you could get with the dice labeled 6, 2, and 4. 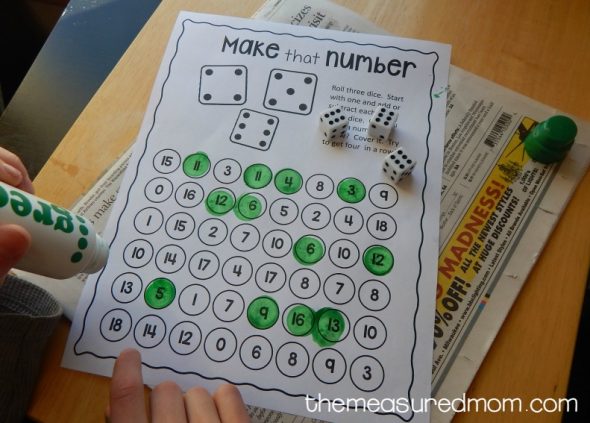 You may find that your chidl takes the easy way out (as did mine) by simply adding the dice instead of trying to mix up addition and subtraction. That works for a little while, but it probably won’t work if they are going to get 4 in a row. 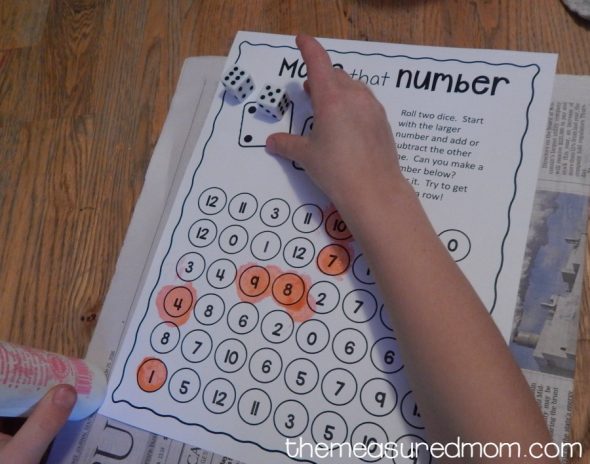 For some children, the three dice version may be too hard.  Print the two dice version instead. Just remind them that when they subtract, they have to start with the larger number. 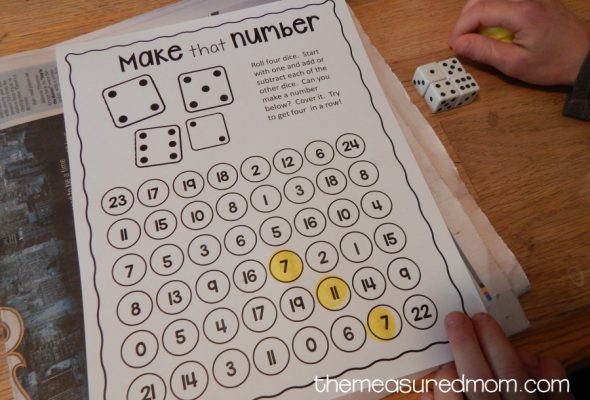 For kids who are ready for a challenge, give them the four dice version.  Encourage them to try to get four in a row with as few rolls of the dice as possible. This way, instead of just adding or subtracting the dice in a random fashion, they’ll problem solve to get a particular number which is close to the ones they’ve already colored.

Enjoy this addition and subtraction game!

Get your free math games!