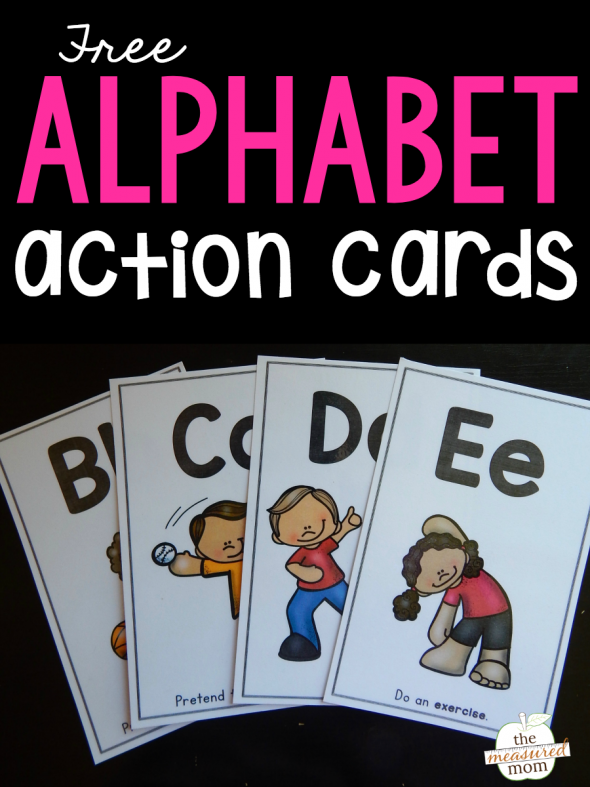 A few months ago, I finished teaching my Three the alphabet through our simple letter of the week activities. 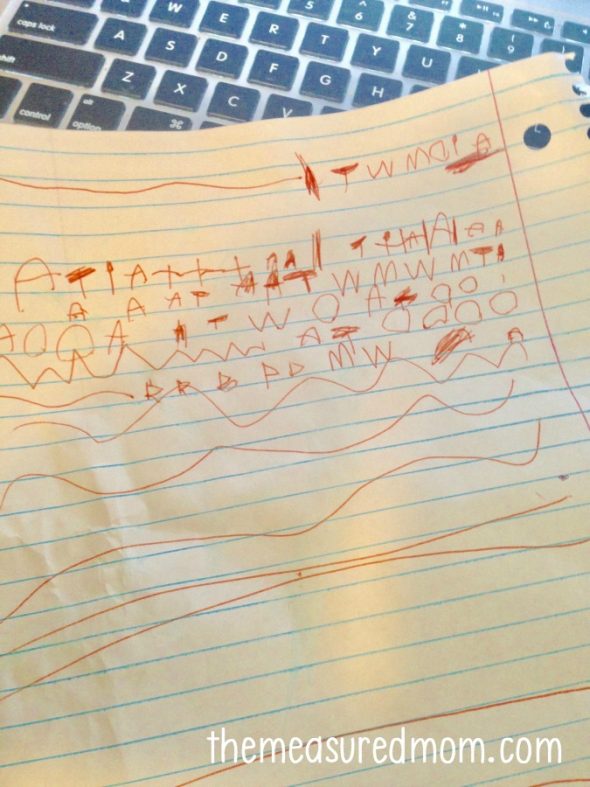 She loved it, and is busy writing letters wherever she goes – as you can see in the above story about a “cweepy monster.” 🙂

One thing she hasn’t picked up on is letter sounds; she knows just a few of them. Her older siblings learned these relatively easily as we did our alphabet activities, so I realized that I needed to try something new.

I decided to create a set of alphabet action cards. 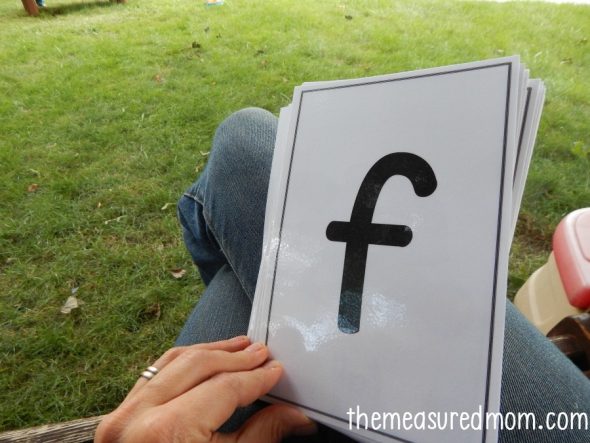 There are two versions of cards. When you print this set front to back, you get the lowercase letter on the front … 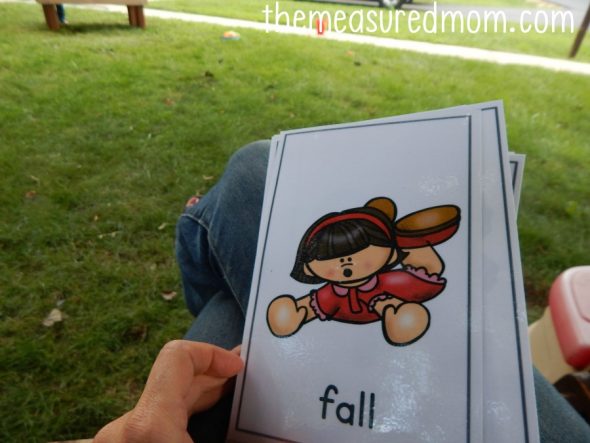 And you get the action on the back of the card. 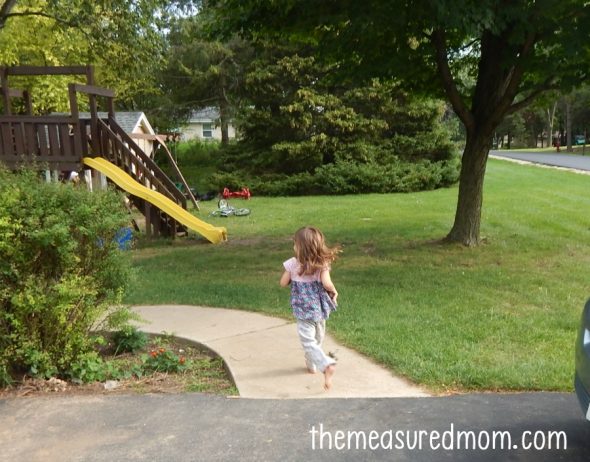 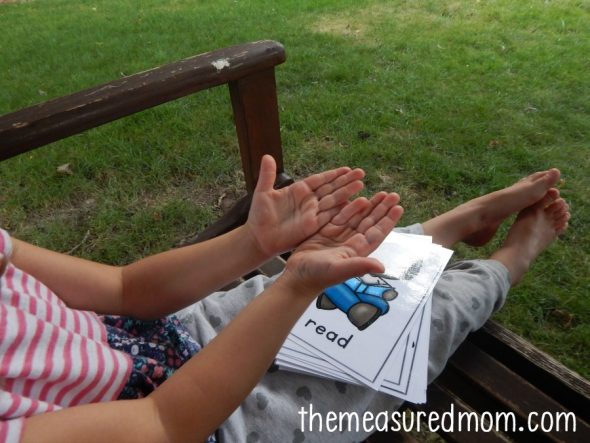 R is for read. 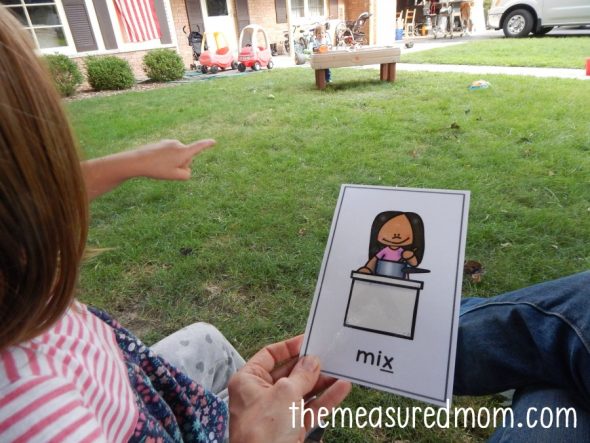 X is sort for for mix. (That tricky letter x!) 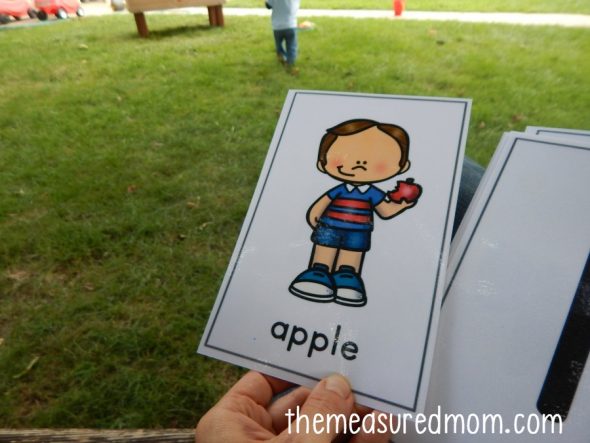 A is for apple.

I know, I know. Apple isn’t an action word. The only one I could come up with was act, and that wasn’t something my Three was going to understand. I had to get creative with some of the short vowels, but they do have an action associated with them.

O… get on something

U… get under something 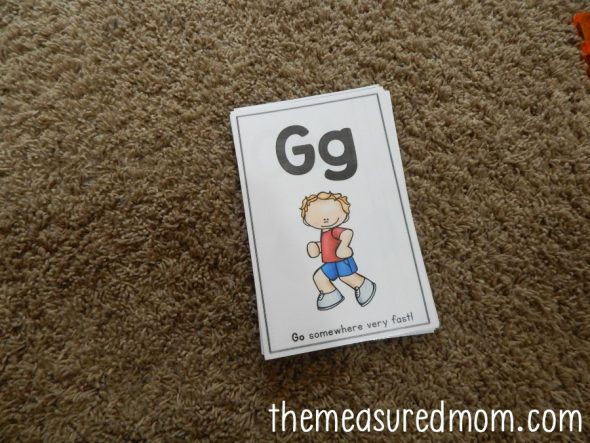 We had fun using the cards outdoors on a beautiful summer day, but they’re simple enough that you can do them inside, too. This is the other set of cards. They’re single-sided. 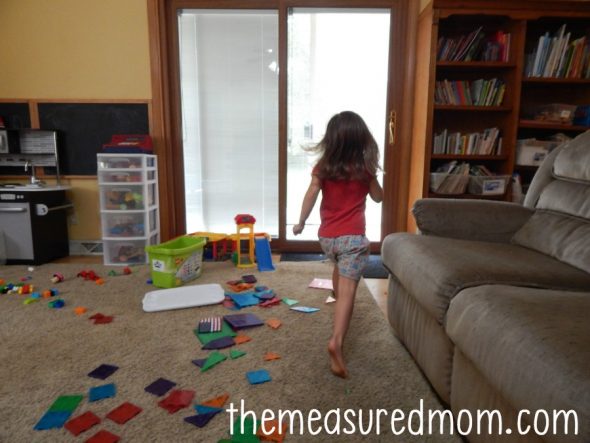 You can even “go” in a messy playroom. 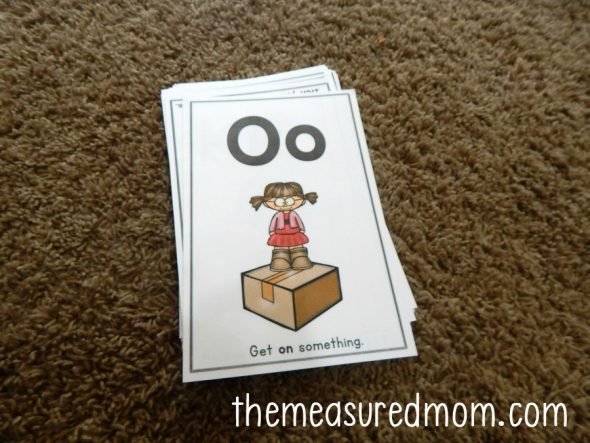 Here’s our letter o card. Another one of those tricky letters whose key word isn’t exactly an action. Blame the alphabet. 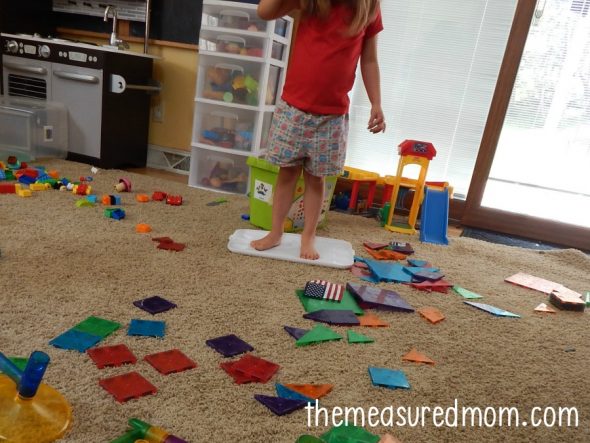 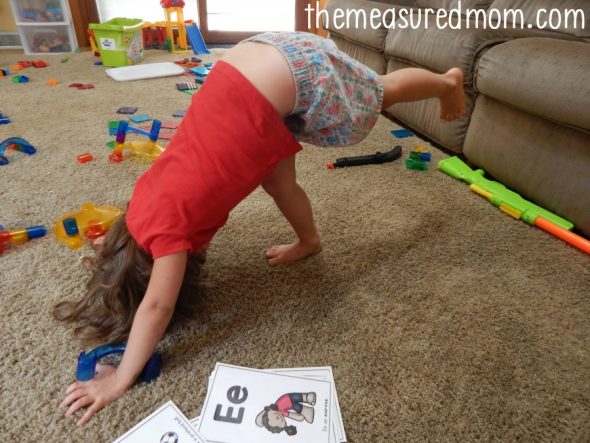 E is for exercise. That’s a fun one!

So are they working?

Well, we’re having fun. And my Three is getting more practice recognizing lower case letters. I can’t say that it’s helped her learn her letter sounds yet. One thing I do is emphasize the letter sound each time we use a card. “M! /m/, /m/, March!”

We’ll get there. All in good time!

Here are some other ways to use the cards: 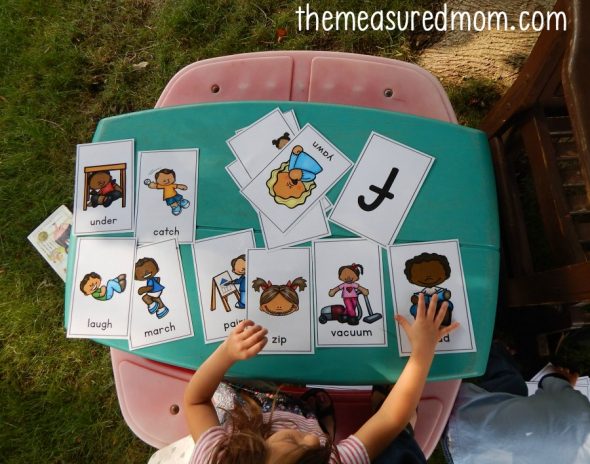 So how will you use these cards? Let us know in the comments!

P.S. Yes, they come in both color and black and white.

Get your free alphabet action cards!