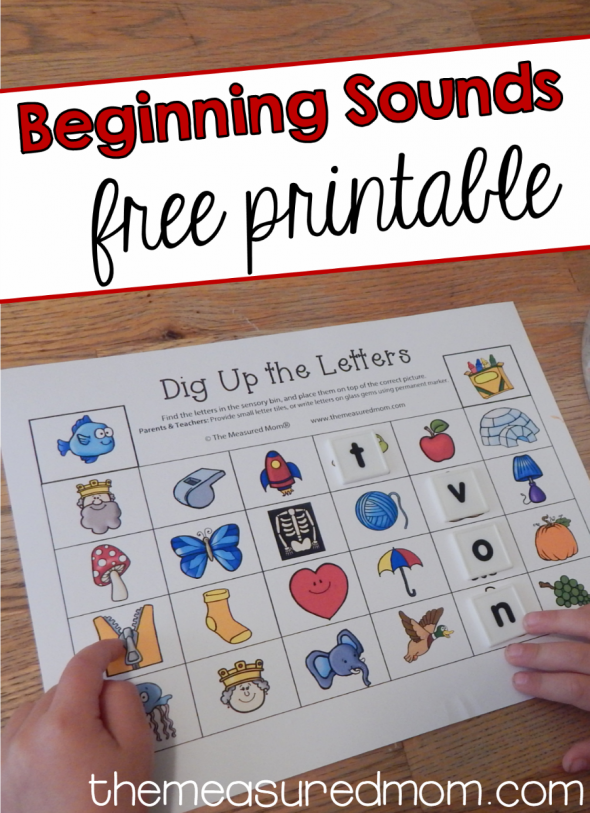 I’ve been doing a variety of beginning sounds activities with my three-year-old to strengthen his understanding. 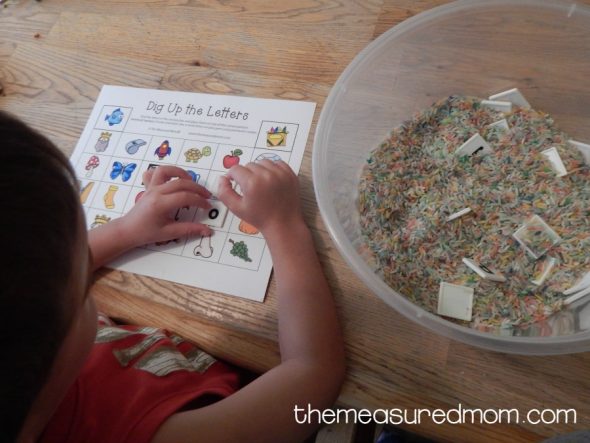 Since my Three likes digging in sensory bins, I buried letter tiles in a box of colored rice. 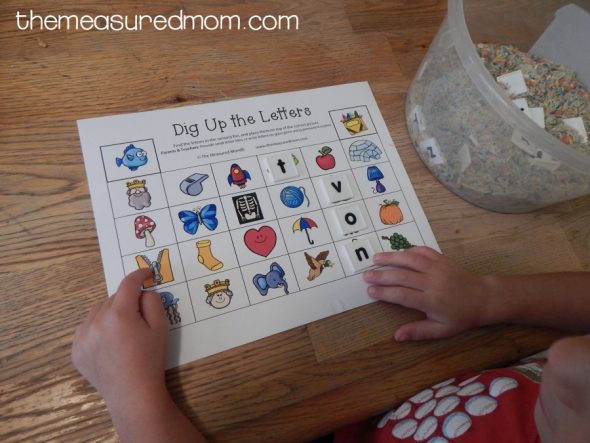 I designed a page with a single picture for each letter of the alphabet and made the grid just the right size so that a letter tile could fit in each rectangle.   (If you don’t have plastic tiles, you can print free letter tiles from this post.)

This page was actually quite challenging for my Three, because he was going at it in an inefficient way.  He would find a picture, say its name and beginning letter, and then try to dig for it.

I tried to show him that it would be easier to grab a letter from the bin and find the picture. 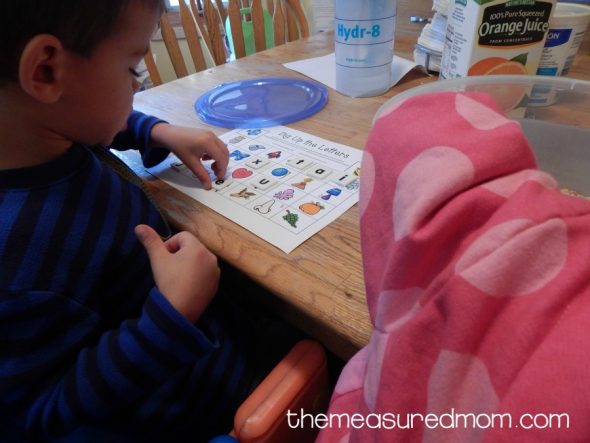 Even hunting for the picture on a big grid is hard for a preschooler who is still learning his sounds.  So we did about half the page and put it away for another time.

When I pulled it out a couple of weeks later, we tried again.  Since my toddler was on my lap (see the pink jacket), I wasn’t able to take the picture in a way that cropped out our breakfast mess that had yet to be cleared from the table.  Ha!  (But you do get to see my Hydr-8 water bottle which is finally getting me to drink more water. 🙂 ) 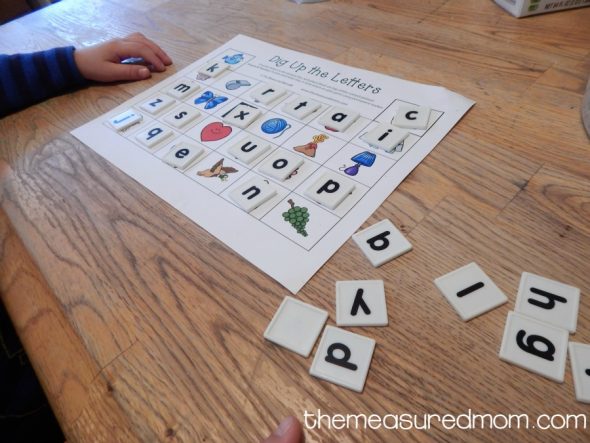 In order to ensure that this was a positive activity for my Three, I was a very active participant.

When he wanted to quit early, I dug out the last few letters and put them in a row in front of him. Together we found their corresponding pictures.

An older child or one who’s a little more independent might enjoy doing the entire activity by himself. You can check it when he’s done.  In a classroom, two children could work on this together.

We hope you get a chance to use it!

P.S. If I were to purchase more letter tiles, I’d get this set.  The price is right, and you get both upper and lowercase. 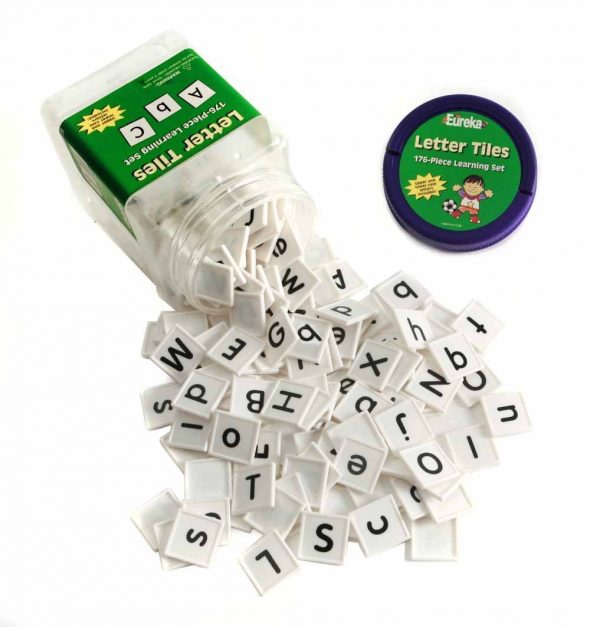 Get your free printable!

Help your learners master letter sounds with this incredible variety of of centers, games, and worksheets! You’ll receive a total of 30 different activities in this comprehensive, 400+ page bundle.