Print this free card game for practice with ai and ay words! 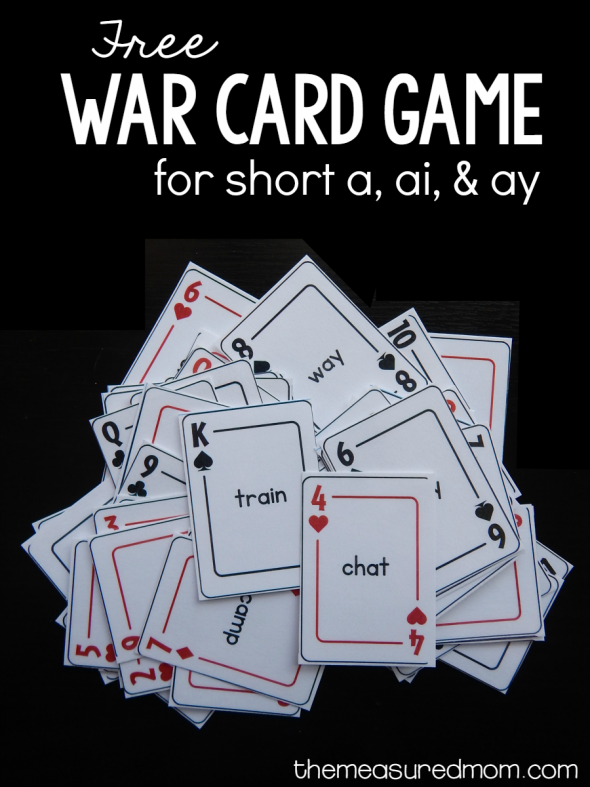 My Five and I have been playing a lot of games to help him learn the common phonics patterns. So far we’ve played games for short vowels, bossy r, silent e, oo, and ee words.  You can find all our printable games on our Phonics Activities page.

I decided to keep ai and ay together because they both make the long a sound; the only difference is where they appear in the word.  “Ay” appears at the end of the word, as in clay or say.  “Ai appears in the middle of the word, as in rain or train.

I also included short a words because it’s important for kids to have to distinguish between short and long vowel words. 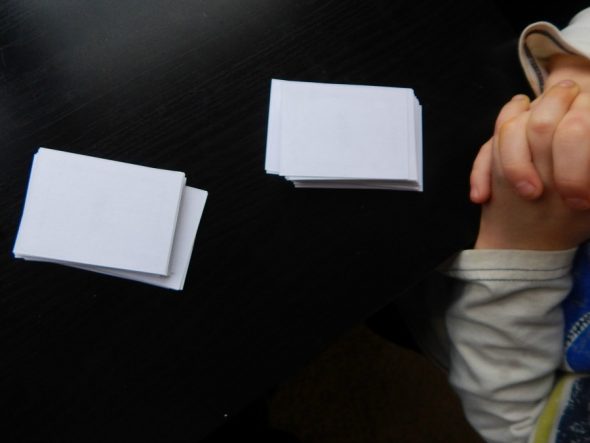 This game is played like the traditional card game “War.”  Simply print the cards on carstock and divide them evenly among the players.  Put them face down. (I laminated our cards before we played so they’d be nice and sturdy.) 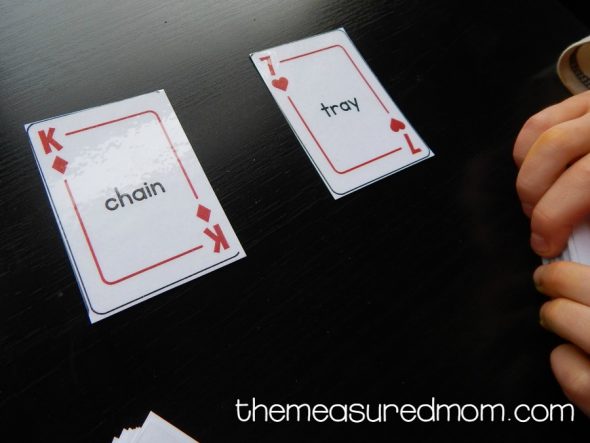 Each of us flipped over the top card from our stack.  We read the words aloud.  Make sure you insist on reading the words out loud, or this is no longer a reading game. 🙂 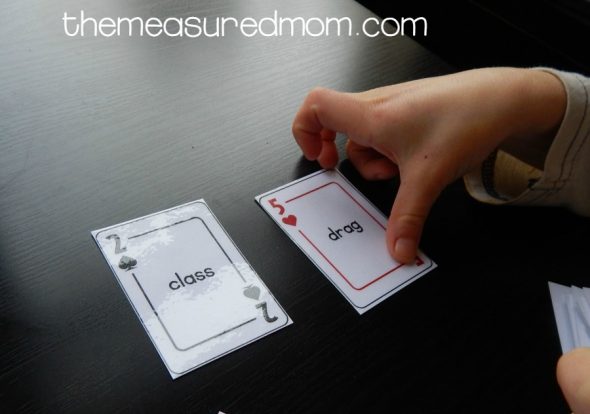 The player whose card had the higher numerical value got to keep both cards. 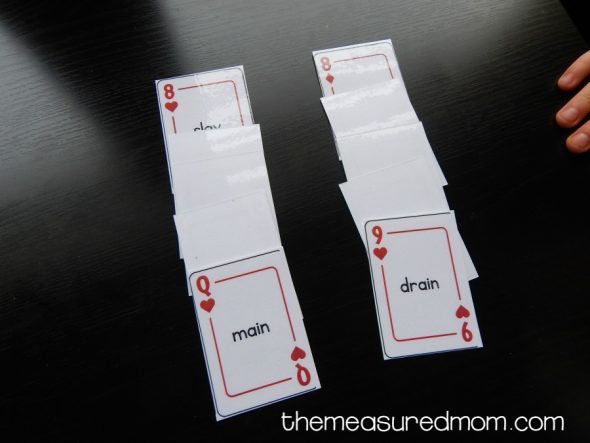 If two players tie for the highest card value, they play “war.”  Each player takes the top three cards from his stack and places them face down as shown.  When I was growing up we would say “I DE-CLARE” as we placed the cards down.  Then we’d say “WAR!” as we added the final card, this time face up.

Whoever has the highest card of the final two cards gets to keep all of them.

When the players have used up the cards in their stacks, they take their winning piles, shuffle them, and play again, until one player has all the cards.

Feel free to quit early if you’re not up for a long game. 😉 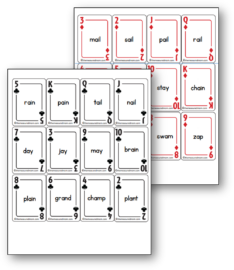 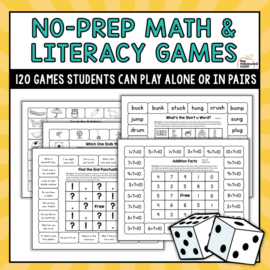 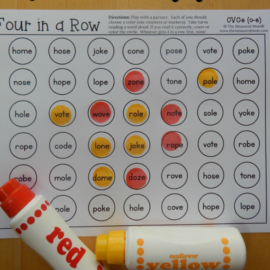 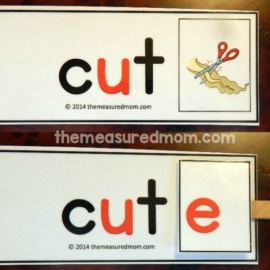 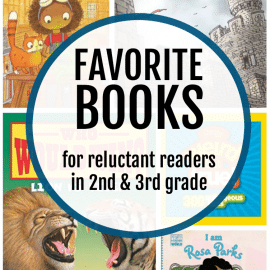 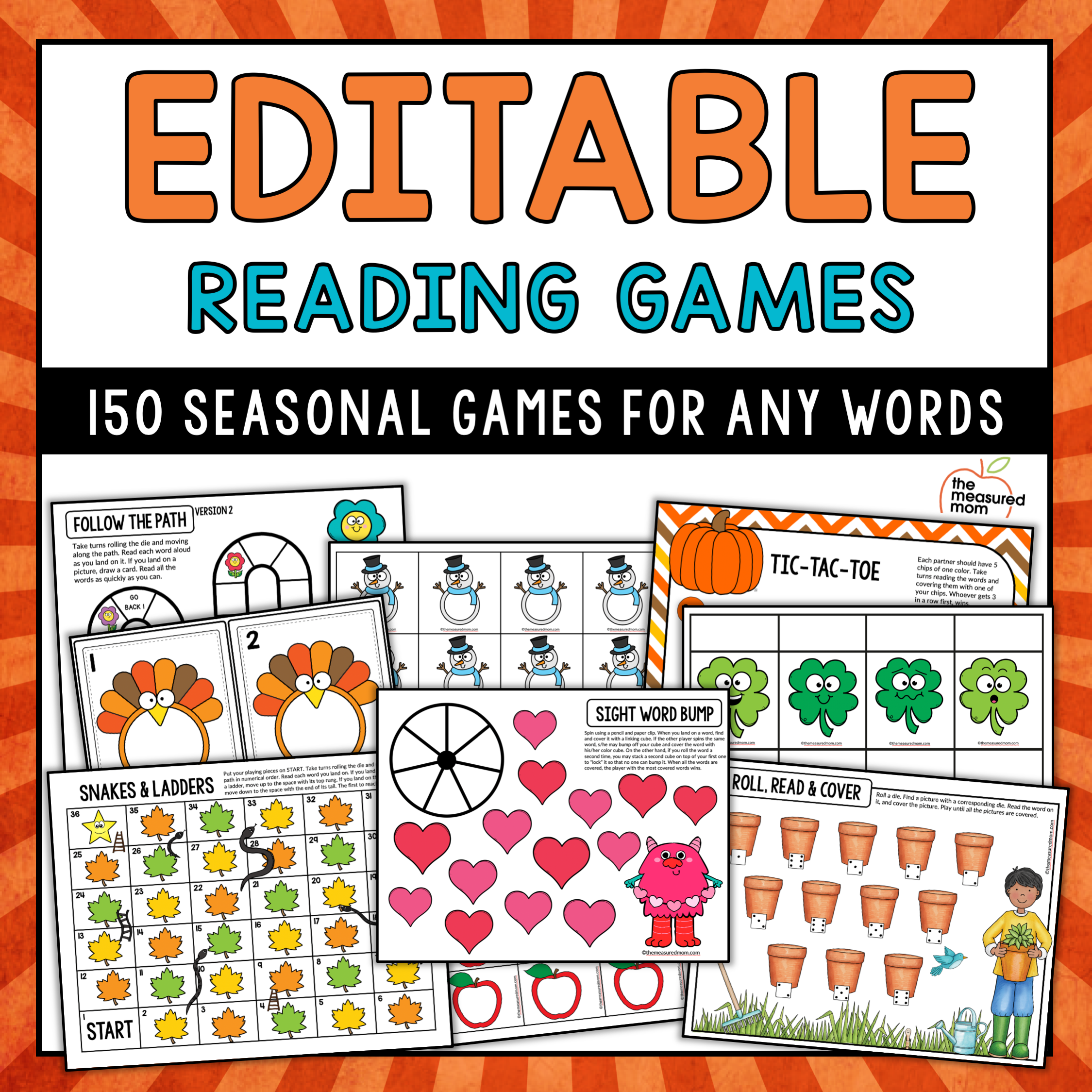