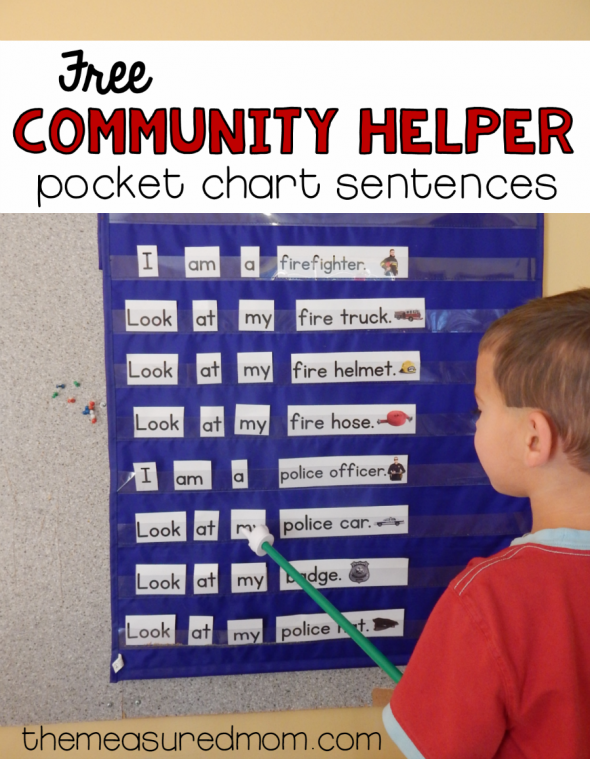 After reading a gazillion books about community helpers, my Three and I have been doing some community helpers activities.  I love doing these pocket chart sentences with him, because he learns so much! 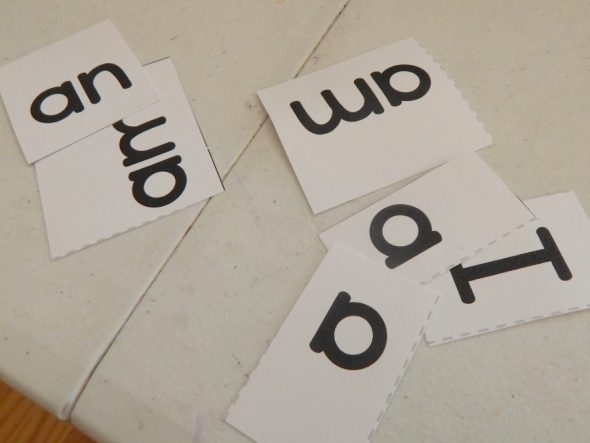 I printed and cut out all the pieces we’d need.  The download comes with enough sentences for four workers: police officer, firefighter, baker, and farmer.  Only two sets will fit on your standard pocket chart at one time, so I decided we’d do police officer and firefighter.

First, I asked my Three to find the word I.  Since he knows all his letters, this was easy.

I asked him to find the word “am,” and he did so right away.  He doesn’t read yet, so I acted surprised. “Wow! How did you know that?” 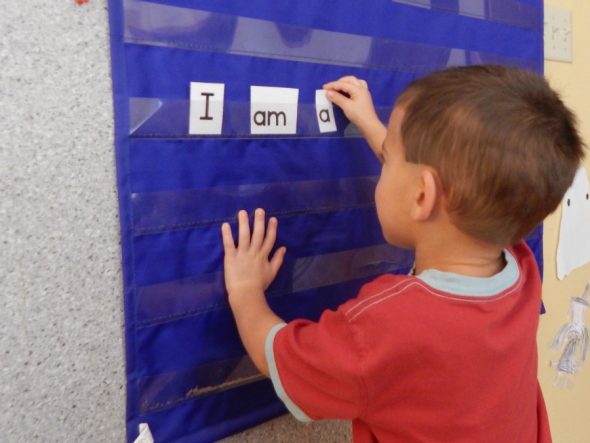 He began the first sentence on the pocket chart. I reminded him to leave a space between each word. 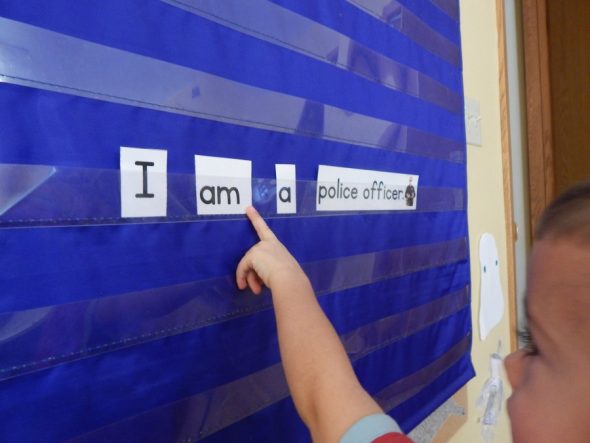 I asked him to point to different words that I called out.

“Point to the words police officer.“ 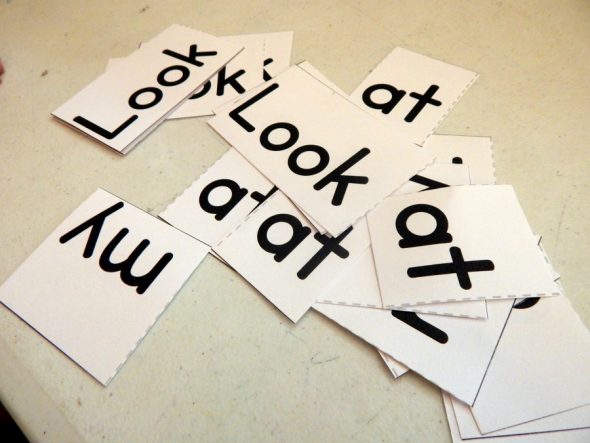 Next we began another sentence.  It would begin “Look at my….”

Again, this wasn’t hard because the words were all so different. He was able to use the beginning letter of each word when I asked him to find it. 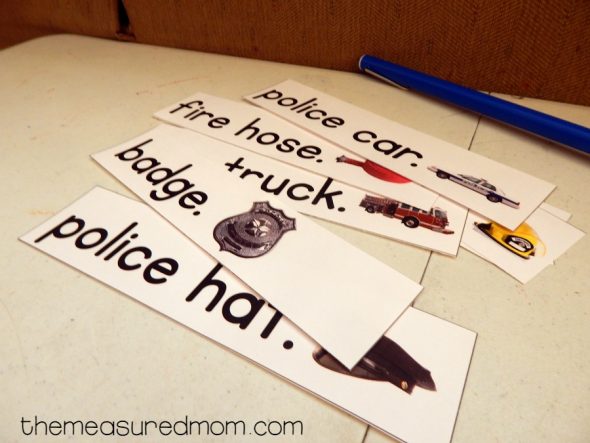 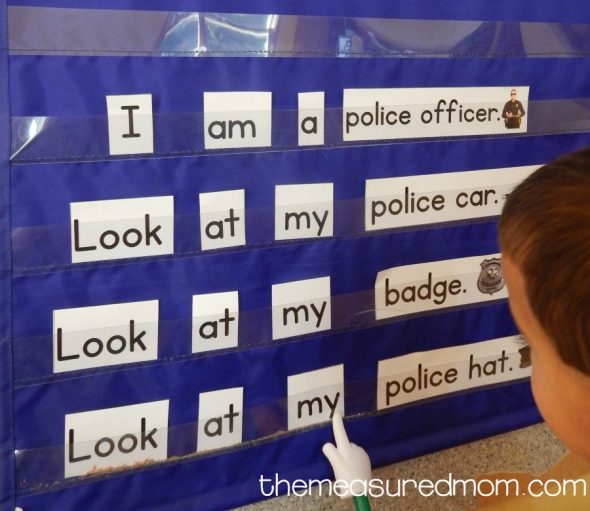 That’s a clue that he wasn’t “reading” at all … he was reciting. It’s okay to do this when we are teaching concepts of print to very young readers like my son, but as I study the science of reading I’ve decided it isn’t the best approach for beginning reading. I now promote the use of decodable text when kids are ready to sound out words. 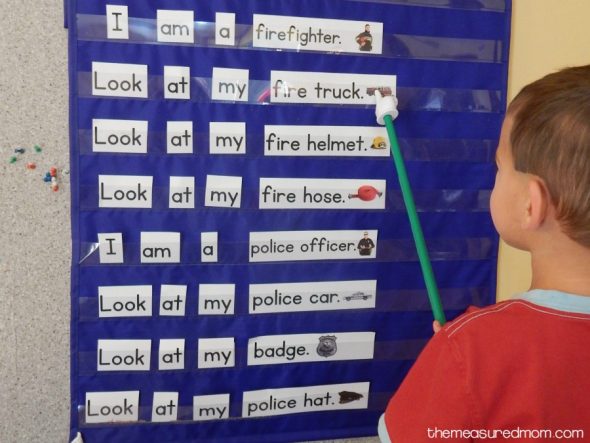 I asked if he wanted to do the firefighter sentences, and he was up for it. So we built those together.  By this time he was weary, and his little sister (22 months) really wanted to “read” the chart herself.  We called it quits for the day, but another way to conclude the activity would be for him to read the entire pocket chart to me.Did you know?