My four-year-old has come a long way in her pre-reading abilities. She’s learned to rhyme, clap syllables, and isolate beginning sounds (using this set of 25 free games).

I printed the cards and grabbed some poker chips. To begin she named the picture at the top of the card. I then said the word slowly and emphasized its ending sound. “Baaallllllll.” I asked her what sound she heard at the end of ball.

“That’s right! Now let’s look at these other pictures. We’re going to cover any pictures whose names also end with llllll.“

NOTICE. I was not emphasizing that the words ended with the letter l. This was a phonemic awareness activity; we were focusing on listening for the sound itself.

(Watch my free training video: 5 things you need to know about phonological and phonemic awareness)

When you join our low-cost membership, you’ll get instant access to thousands of math and literacy resources … right at your fingertips!
Click here to learn more 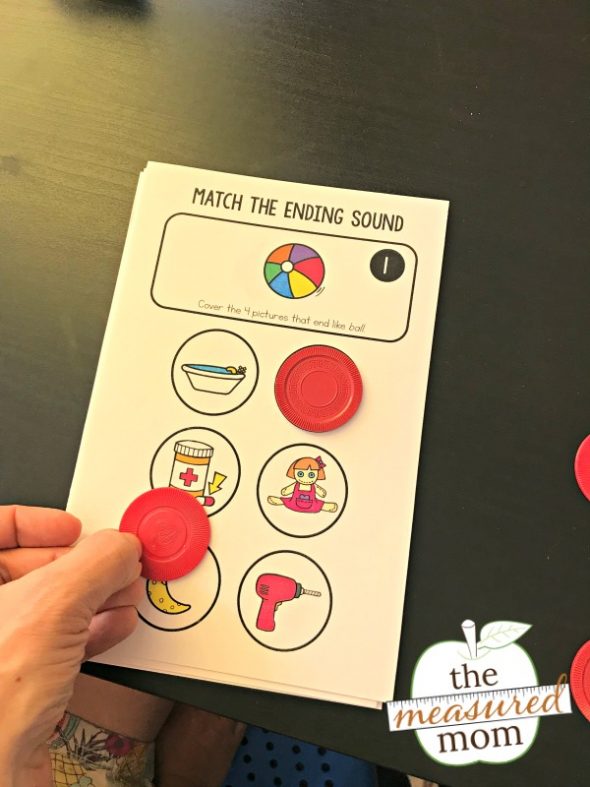 I helped her name the pictures. Together, we emphasized the final sound in each word. 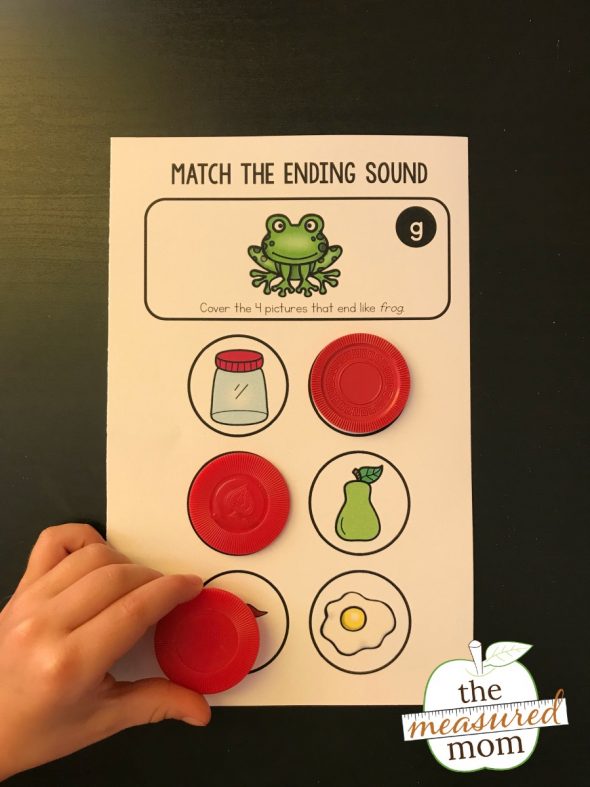 This was a little tough for my Four, but she did much better than I’d anticipated. In the past, when I’ve tried to work on ending sounds with her, she’s given up right away. “It’s too hard!”

But she was willing to do 4-5 cards with me each time we did the activity. 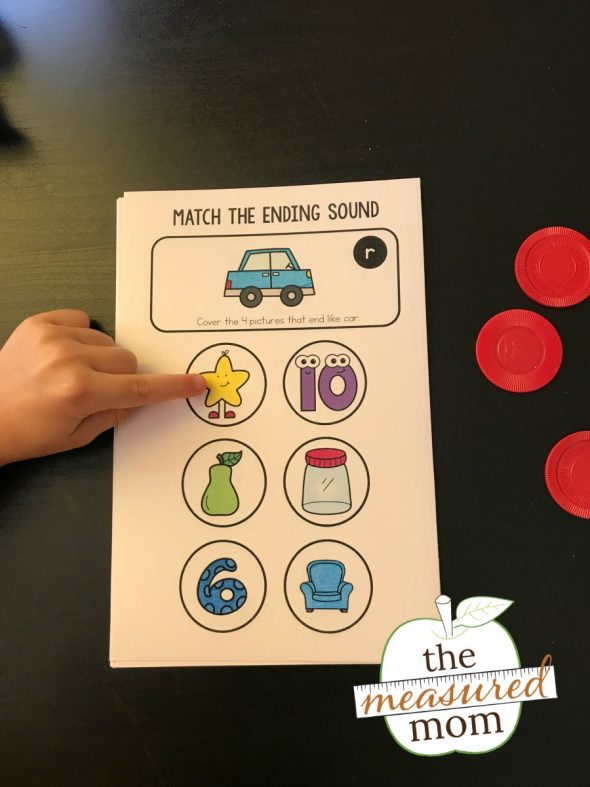 Help students master letter sounds with this incredible variety of of centers, games, and worksheets! You’ll receive a total of 30 different activities in this comprehensive, 400+ page bundle.

Get your free match the ending sound activity!