Teach your spellers about the FLOSS rule with this free game!

Have you heard of the FLOSS rule? It’s one that we often teach beginning spellers.

The floss rule says that we double the final consonant when three conditions are met:

It’s called the FLOSS rule because most words that follow this pattern end in f, l, or s.

When you join our low-cost monthly membership, you’ll find an incredible variety of resources for all levels of phonics skills … right at your fingertips! We also have decodable passages, reading comprehension activities, and so much more.
CLICK HERE TO JOIN

There are also a few words that should follow the FLOSS rule, but don’t: 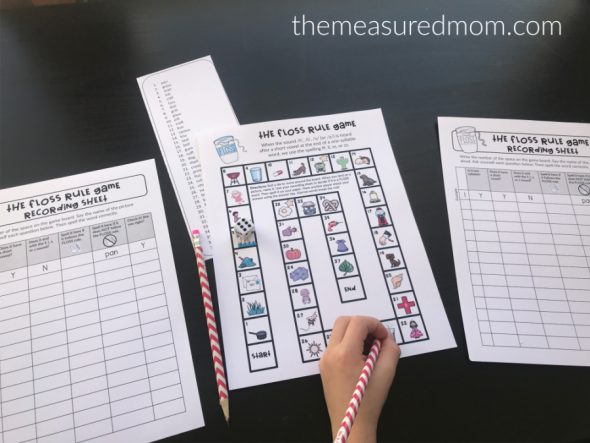 I used this game with my mid-year first grader.

As it turned out, he could spell most of the words in the game without needing to consult the FLOSS rule.

But it was still good thing for him to carefully analyze each word. Let me show you what I mean. 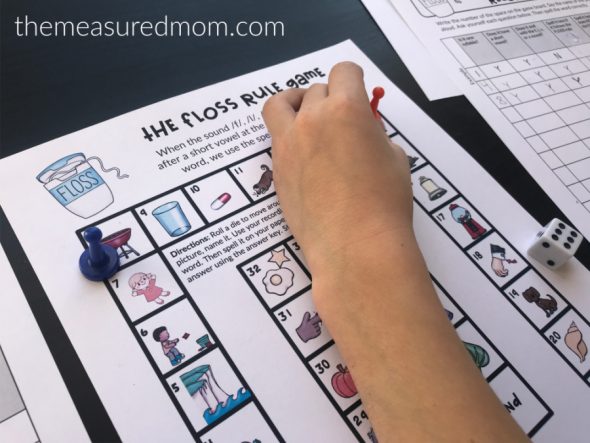 To play, we took turns moving around the board using a die.

When he landed on a picture, he said its name. Then he pulled out his recording sheet. 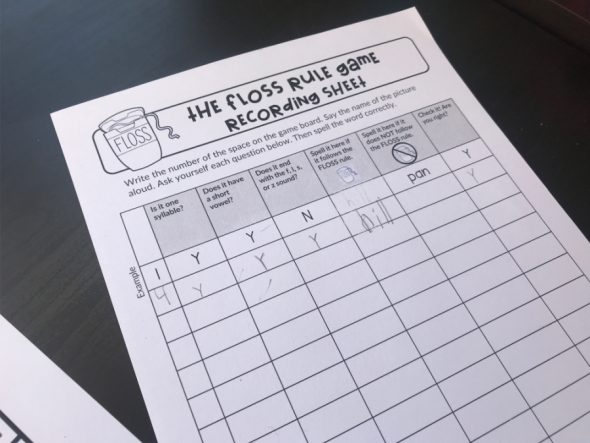 For each word, he asked himself three questions:

Is it one syllable?

Does it have a short vowel?

If he had three yes’s, the word followed the FLOSS rule and needed a double consonant at the end. If not, it needed only a single consonant. 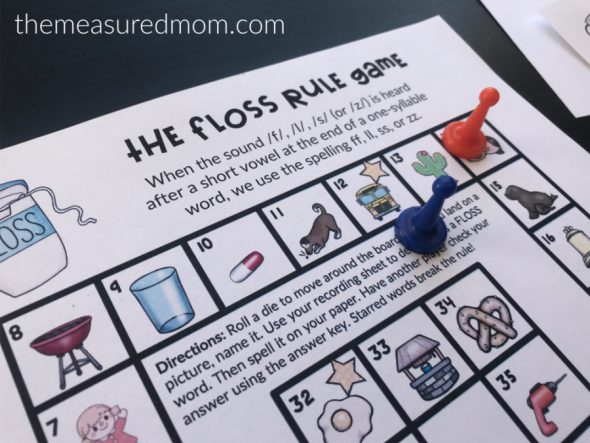 There are two tricky words built into the game, and they are marked with a star. Bus and egg do not follow the FLOSS rule. If they did, BUS would be spelled buss, and EGG would be spelled eg. 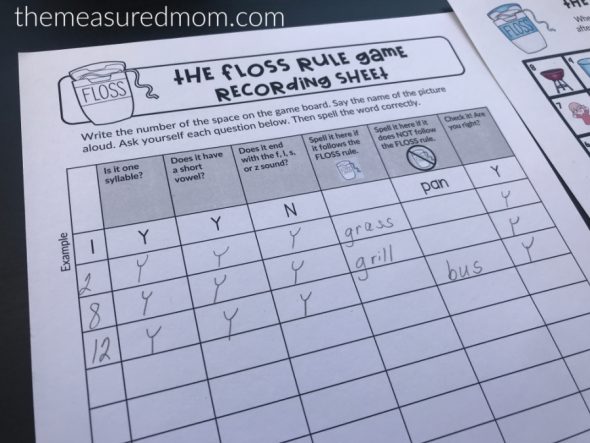 When I landed on bus, this is what I recorded on my answer sheet. 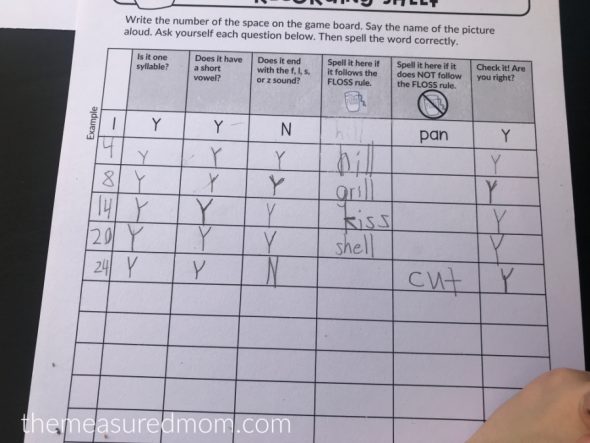 So what do you think? Could this game help your spellers become confident with the FLOSS rule?