Looking for a fun activity to help your child master those tricky words with r controlled vowels?  Try this free game! 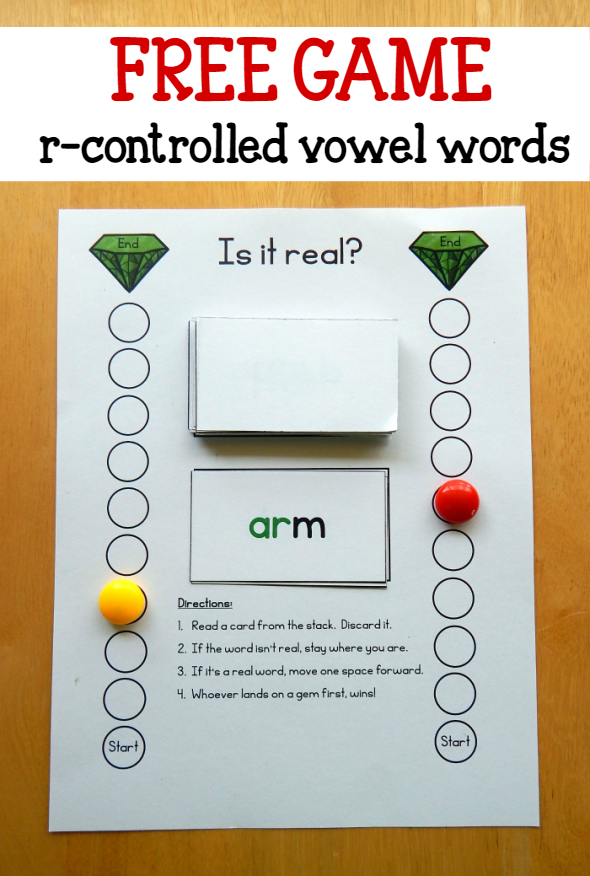 Now that my early reader has mastered CVC words, it’s time for the next step.  I decided to move to the next phonics pattern that’s introduced in my free phonics books: words with r- controlled vowels.

These are just plain tricky!  It can be hard for new readers to keep ar, ir, er, or, and ur straight. 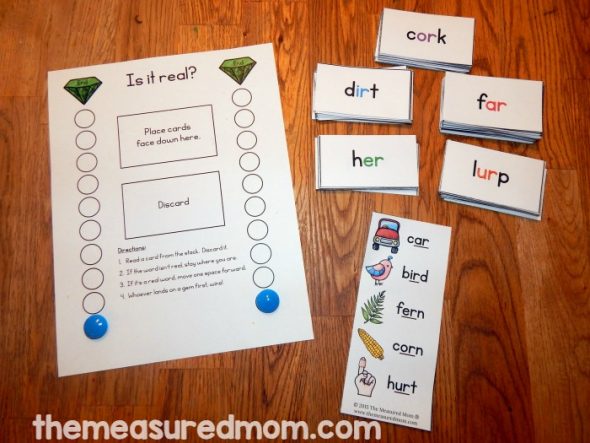 The prep for this game is super simple.  Print the “Is it real” game board and playing cards. Choose the r-controlled vowel you would like to work on. You can also print the free picture bookmark as a reference (stay tuned – that’s coming soon!). 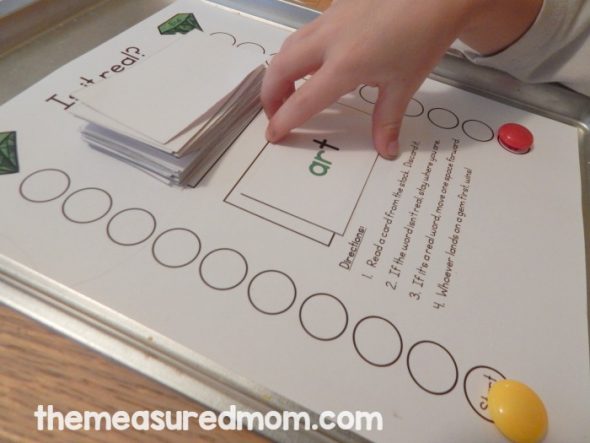 Put the stack of cards face down on the board. Take turns drawing a card. Read it aloud. Is it a real word? If it is, move your playing piece up toward the gem.  If it’s not a real word, stay where you are.

The first day of playing this game, we just played with the “ar” words.  (After taking this picture I changed the color of the “ar” pattern to red to match the color in my phonics books.)

At first my son had a hard time with this pattern.  For the word “cart,” for example, he read “crat.”  But with lots and lots of patient practice, he had it by the end! 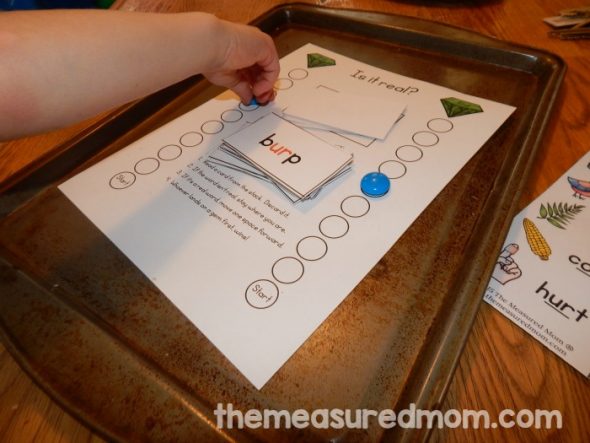 A few days later, we pulled the game out again.  He still remembered the ar pattern – hurray! Now it was time to work on the others. We played a review game of ar, one with ir, and one with ur. After that he’d had enough for the day.

Why I love this game

Get the free game HERE.

Other free resources for learning words with r-controlled vowels

Get your free printable game!