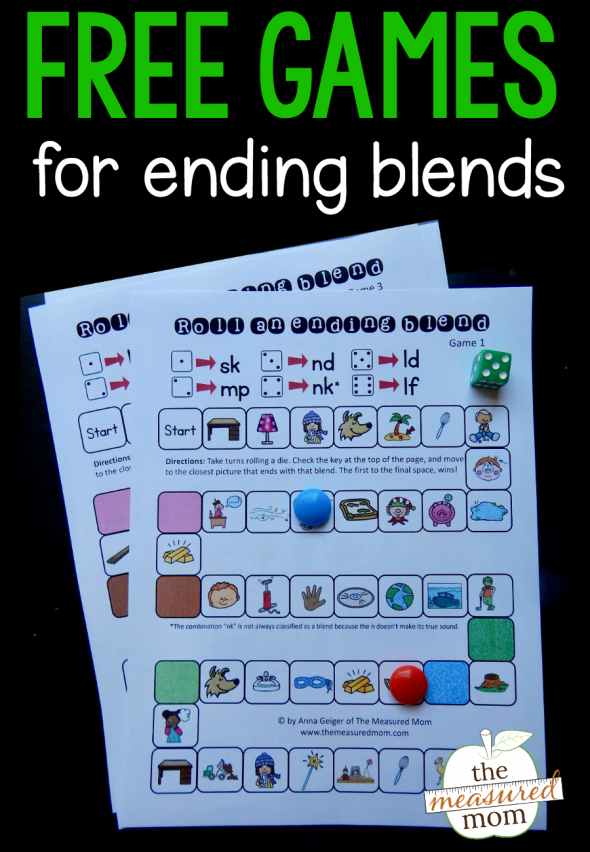 Have you seen my Roll-a-games? I’ve shared a ton of these no-prep games that are great for helping kids hear and identify sounds in words. You can download any of these sets for free:

Recently a reader requested a set of Roll-a-games for ending blends.

What are ending blends, anyway?

On the other hand, the following are examples of ending blends:

*Some people argue that that nk isn’t technically an ending blend, since the n doesn’t make its typical sound. But I chose to include it anyway. 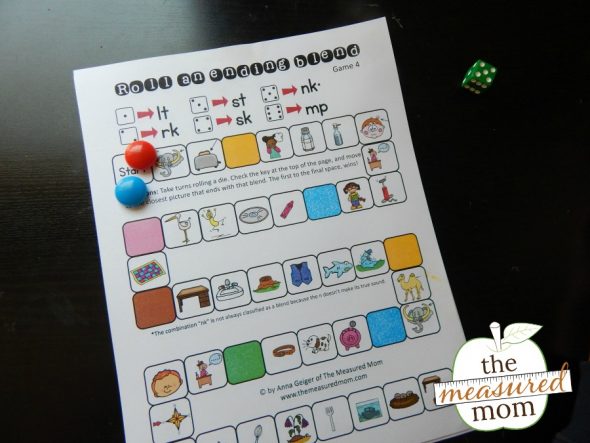 To play, simply take turns rolling a die. Check the key at the top of the page. Then move to the nearest picture whose name ends with that blend. 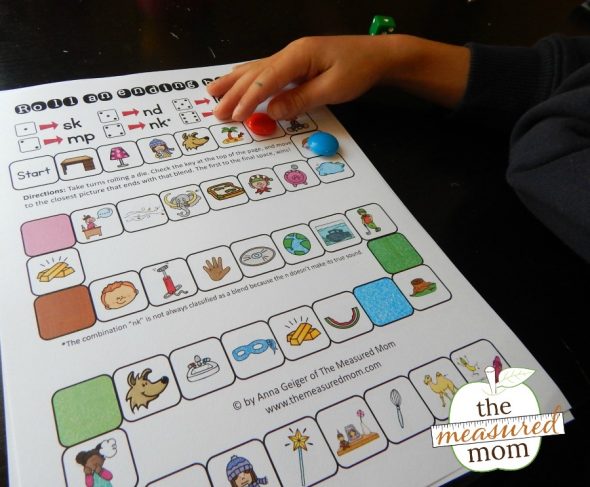 For example, since my son rolled the number one, he needed to move along the board until he found a picture that ended with sk. 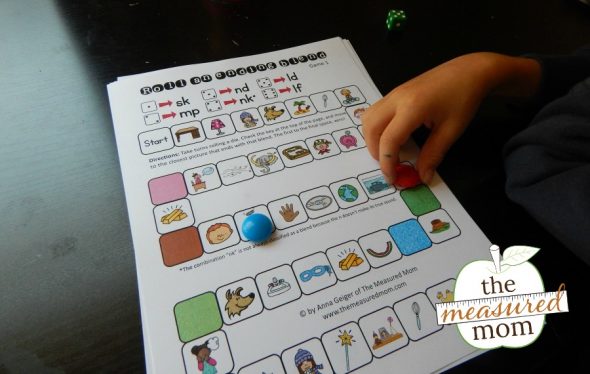 We hope you have a chance to use these!

In addition to the freebies on this website, members get instant access to over 2000 math and literacy resources for Pre-K to third grade. The incredible phonics section is a member favorite! Learn more about the membership here.

Get your free roll an ending blend!