This letters and sounds game is a fun and effective way to practice identifying the beginning sounds in words.

Today I’m thrilled to welcome Danielle from Mom Inspired Life!  She’s sharing a guest post today while I catch up on some behind-the-scenes blog work.   I encourage you to sign up for her newsletter so you don’t miss any of her creative learning activities and printables!

Lately, we have been playing a lot of board games. My son loves them! So I have been developing games that will teach him the alphabet and letter sounds.

When we play alphabet board games, he has a blast and doesn’t even realize how much learning is taking place. I have found that they are very effective at teaching and reinforcing letter identification and letter sounds.

How to set up the game: 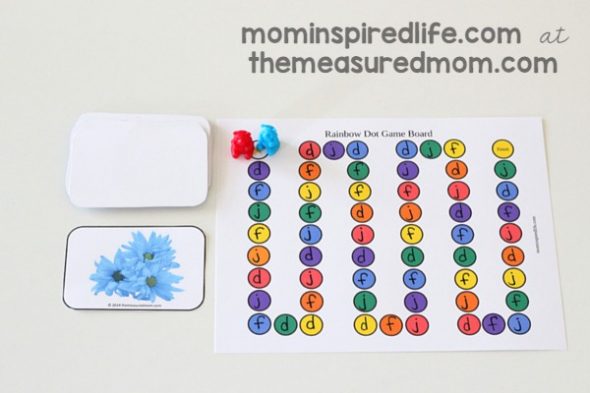 1. Print the picture cards for the letters you would like to work on with your child. I picked three letters that Evan needed more practice with. After playing the game, I think 4-6 letters would be ideal.

2. Print the game board from Mom Inspired Life.

3. Write the letters on the game board using your black marker. You can repeat them in a certain order or mix it up like I did.

4. Shuffle the alphabet picture cards and place them face down in a pile next to the game board.

How to Play the Beginning Sounds Game 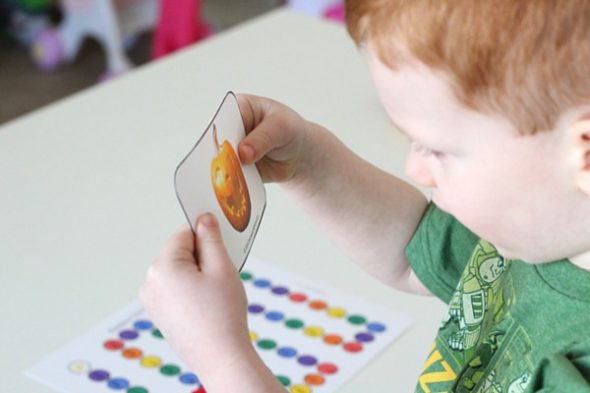 1. The first player will draw a card and identify the word that is represented by the picture.

2. Next, he should identify the beginning sound and determine which letter makes that sound.

For example, the alphabet picture card shows a picture of a pumpkin. The player should identify the beginning sound and determine that the “p” makes that sound. 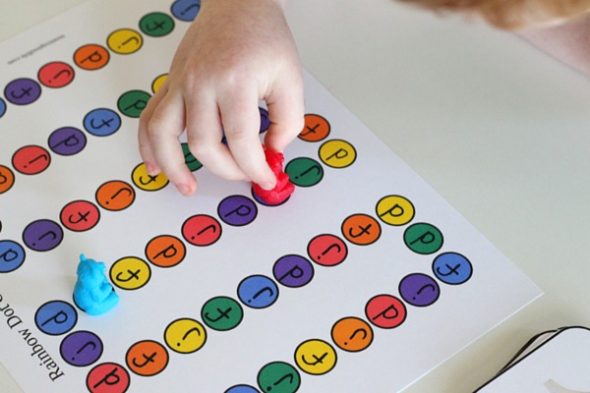 3. Finally, the player will move their game piece to the next instance of that letter on the game board.

4. The second player now goes through the same steps as listed above. This repeats back and forth until one player reaches the end of the game board. You can keep drawing cards until a player lands on the last letter on the game board or you can choose to the end the game when the last instance of a letter is landed on. 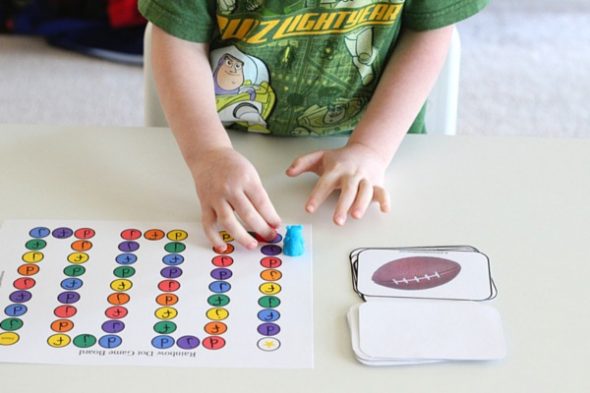 This was a great addition to our games! My son loved it. He played it with me and then wanted to play with his dad too. We will continue playing this to practice all the other letters in the alphabet.

Here are some other alphabet games we enjoy!

Danielle is a former elementary school teacher, a mom of two, and the writer at Mom Inspired Life.  She enjoys doing playful learning activities with her kids and sharing them with her readers. You can connect with her by subscribing to her newsletter or following her on Facebook, Pinterest, or Twitter.

When you join our membership site, you’ll get instant access to hundreds of resources that will get your learners ready to read … and a whole lot more!

Alphabet action cards Lowercase block letters Healthy snack ideas from A-Z
Letter I Activities for Preschool (a peek at our week!)
10 Car games to get your child ready to read