Today I decided it was time to try a Memory game with my Two (almost three). 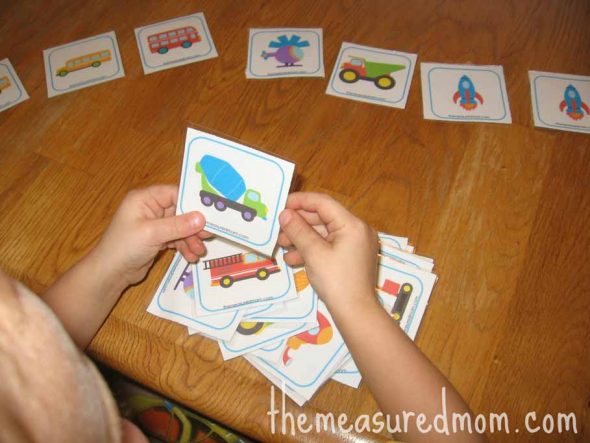 First I gave him the stack of cards.  He went through each picture and named it.  He needed help with quite a few: helicopter, submarine, zeppelin, and bus (it was a red double-decker that he thought was a fire truck).  What a great vocabulary-building activity! 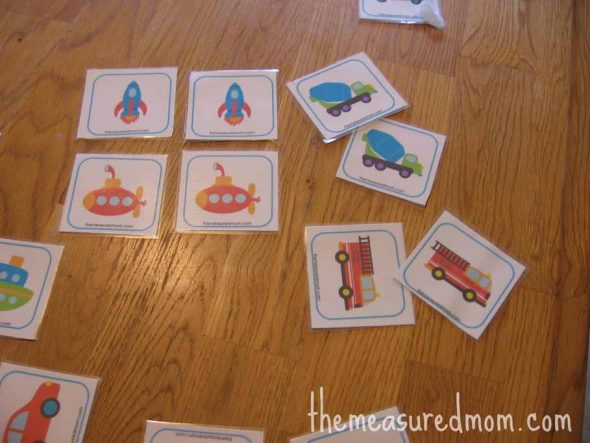 As he laid out the cards, he put them next to their matches without direction from me. 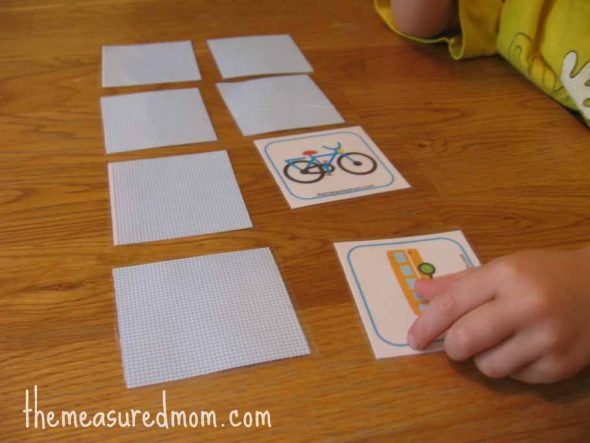 My Two has seen his older siblings play matching games, but this was his first go at it.  So we made it simple by using just four pairs of cards.  He knew that he needed to flip the cards over and keep them in their places in the grid.  He named each picture as he flipped — I decided we would follow that pattern for the rest of the game.

If you haven’t played a matching game with a preschooler lately, you might be surprised at how well their little memories work!  Sometimes my kids beat me even when I’m trying to win.  In this case I collected matches but also held back so that my Two could have success. He was so excited when he found a pair!  After the game was done we didn’t bother checking to see who’d won.  Instead, he immediately set out the cards to play again.   I kept adding cards until we were playing with about 16 total cards. 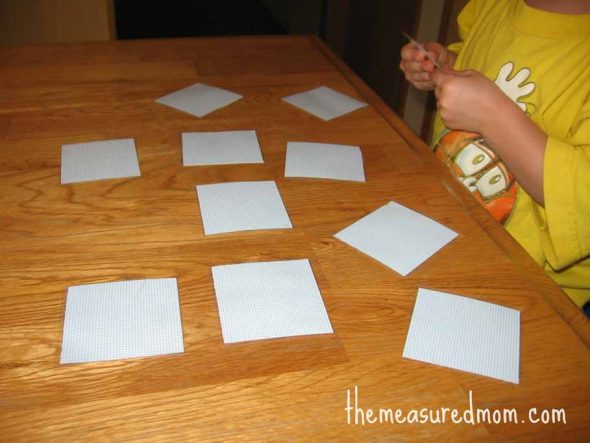 You can see that his layouts were a bit haphazard. 🙂 We played the game quite a few more times before it was time to head outdoors to the water table.

Here’s a sample page from the download. You’ll receive 18 pairs of matching vehicles.  If you’d like a pattern on the back of the cards, print front to back.

This is what will appear on the backs of the cards.

Get your free transportation memory game!

CHECK OUT OUR PRESCHOOL MATH CURRICULUM!

You’ll love this collection of simple, low-prep math activities for learning preschool math! Get your child ready for kindergarten with these hands-on activities that teach a variety of skills.