This giant set of no prep games is great for helping kids learn subtraction strategies for the basic facts!

Which one is easier to understand?

In general, kids grasp the concept of addition much more easily. Combining sets isn’t too complicated. And there are countless fun ways to practice it.

If you teach first grade, you know that it can be a tough concept for some kids to grasp.

It helps to start with the simpler facts and work your way up to the harder ones.

These printable games should help!

I created a set of strategy games to help kids master their subtraction facts. Don’t feel the need to teach every strategy or play every game. Just use the ones that would be helpful for your students, either in the classroom as buddy work or as homework to play with a sibling or parent.

When you join our low-cost membership, you’ll get instant access to 2000+ math and literacy resources for Pre-K to third grade. What’s not to love?
Click here to learn more!

When you download the games, you’ll notice that they’re more than four-in-a-row games. They’re subtraction strategy games. The sidebar of each game introduces a strategy for solving a particular group of facts.

For example… have you heard of the zero finger strategy? 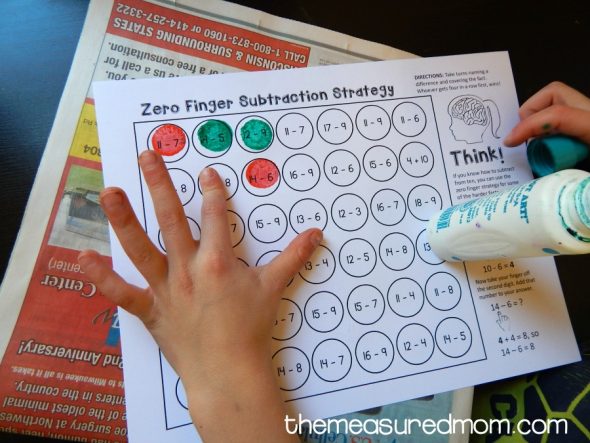 My Six knows his subtraction facts pretty well, but this strategy helped him out when we were doing this page of harder facts. 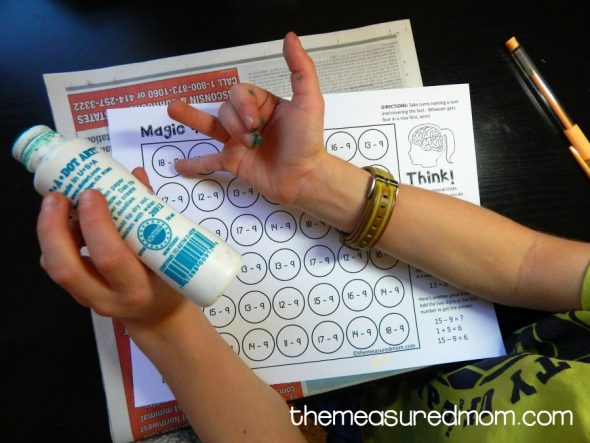 When I pulled out the Magic 9 facts, I asked him if he knew the special tricks you can do when you subtract nine. He already knew this one: add one to the second digit of the first number to get your answer.

But this was a new one for him: when you subtract nine, add the two digits of the first number and you have your answer! 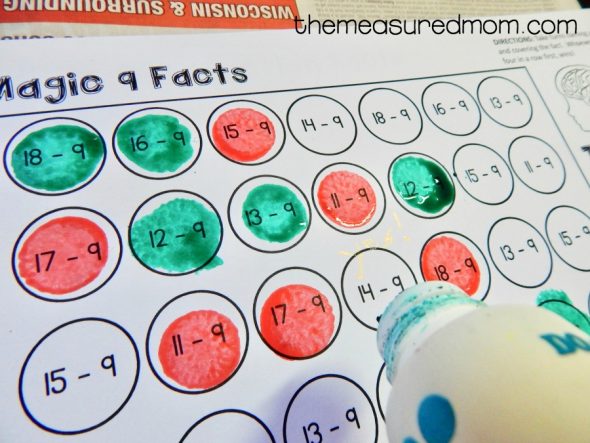 The cool thing about these games is that there’s more than subtraction at work. My first grader had to be strategic as he tried to make sure I didn’t get four in a row first.

(Note: Your students may or may not be ready to focus on blocking the other player. I lost track of how many times I said, “Watch out! You better block me!”) 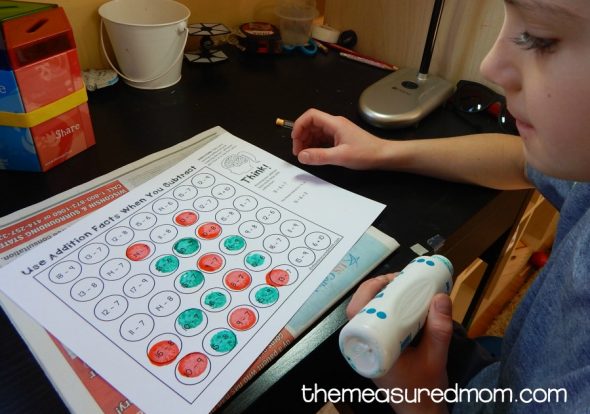 After three games he was ready to play outside (and who could blame him on a 60 degree day in February?!). So I asked my Eight (a second grader) to play just one game with me.

He knows his subtraction facts very well, so he was very focused on making sure he got four in a row first. You can see him study the game board in the above picture!

I just shared a few sample games for you to get an idea of what you’ll find in the download. Here’s the complete set! 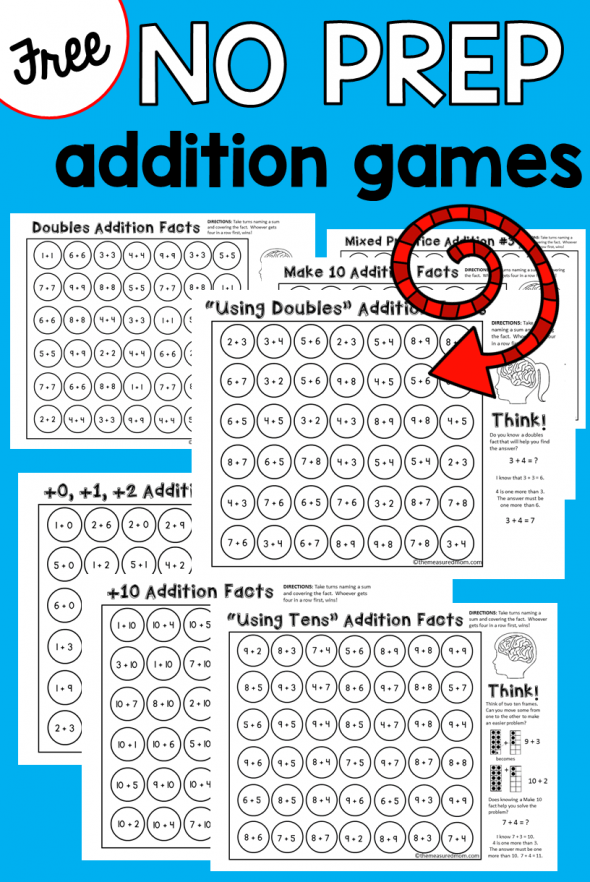