Today I’m sharing a set of free ending sound games that are perfect for helping kids hear and identify the final sounds in words. 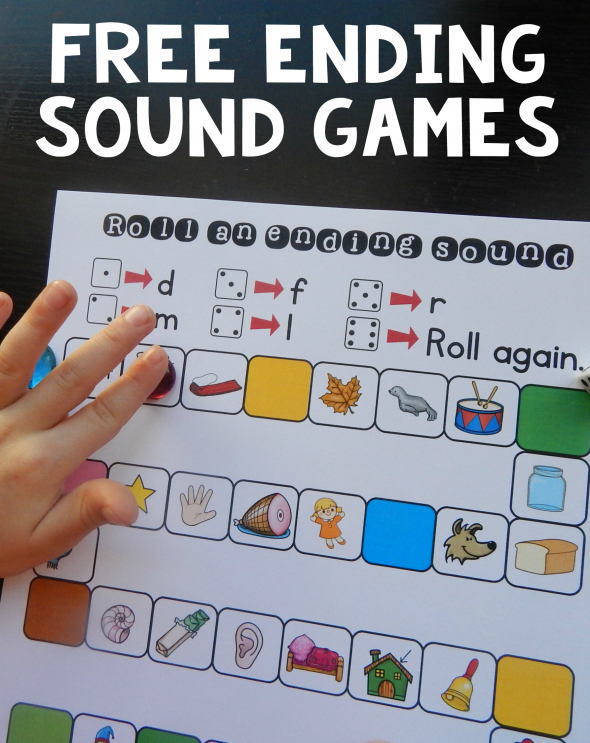 I have a lot of beginning sound activities on my site, but very few for helping kids identify ending sounds.

After all, ending sounds are important too — particularly when children begin to write words. After all, it’s pretty easy to write the beginning letter of a word. But to streeetch out the word and write a letter for every sound? Not as easy. Especially when our youngest writers get to the final sound. They’re tired! 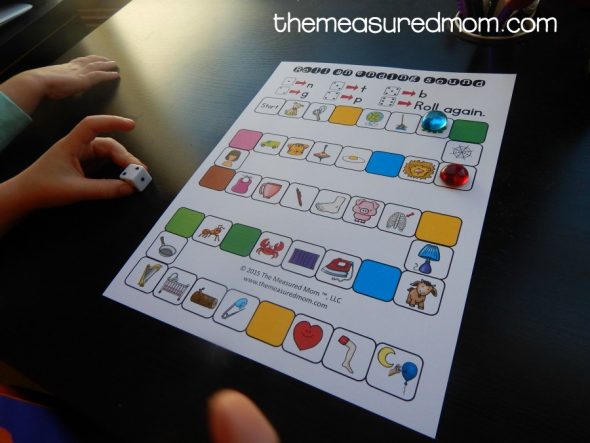 This game follows the same format as my other Roll-a-games. 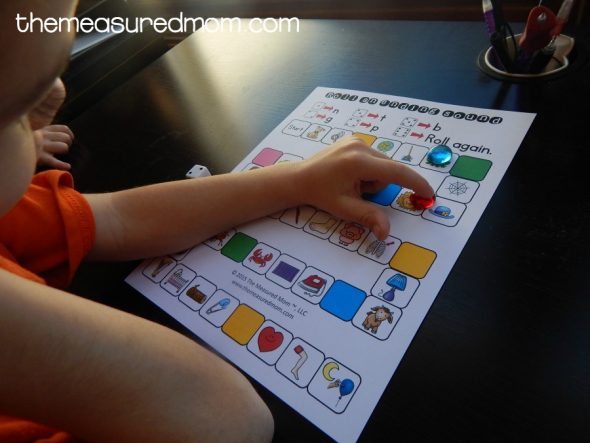 My Five loves our Roll-a-games (see all of them on our Free Printables page), but he wasn’t as excited about this one. I’m not sure why except that identifying ending sounds takes a little more concentration than he’s used to having.

He did great, though! 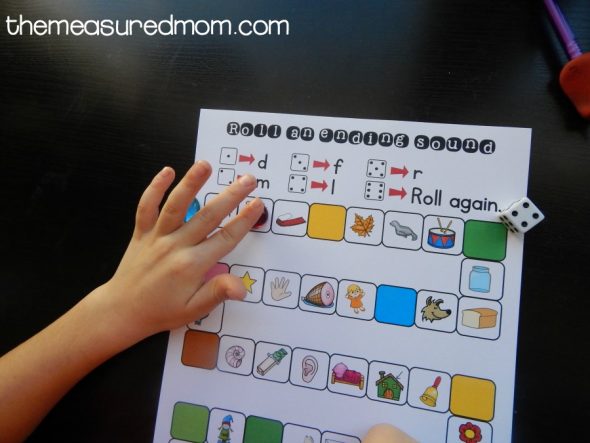 After we played one game, I convinced him to play one more with me. 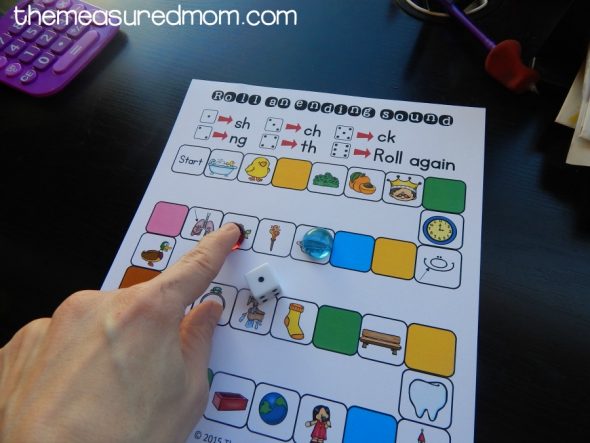 I was hoping he’d try the ending sounds game which features ending digraphs, but he wasn’t up for it. He was willing to watch me play, however.

So I rolled the die for both of us and moved around the board. Here and there he helped me identify the sound we were looking for after checking the key.

My just-turned-Five knows his letter sounds without any trouble, but he doesn’t have a solid knowledge of the common digraph sounds. So we’ll keep at it!

We hope you can use these!

Get your free ending sound games!