Here’s a simple free noun game for your learners! 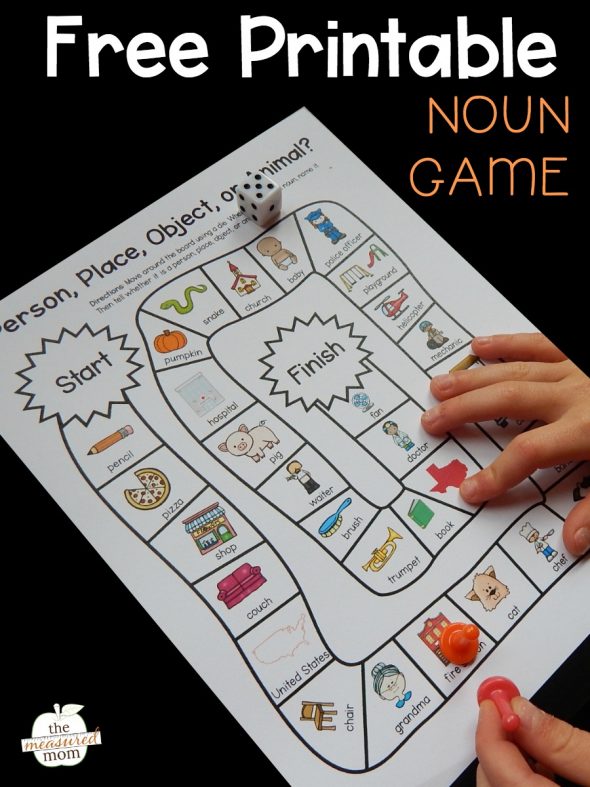 My readers have been asking for more games for kids in grades 2-4. This has been on my list of goals for a long time, but it keeps getting pushed off.

Things have been busy.

You know, raising six kids and all.

But it’s important to me to continue to do “after schooling” with my big kids. Just because they’re in school doesn’t mean I want to let their teachers have all the fun!

This is the first in a series of free games to teach parts of speech. 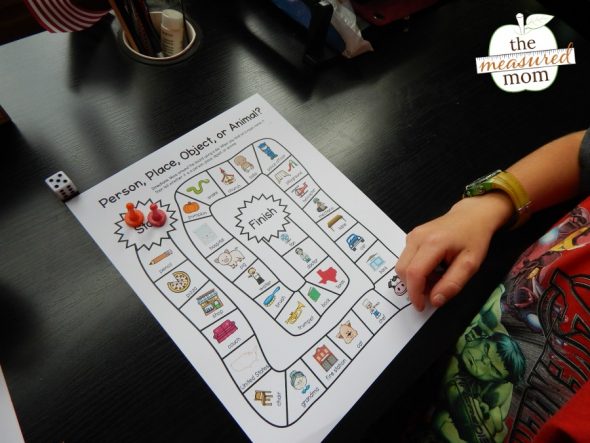 This, our first game, is a super simple noun game. Just take turns rolling the die to move around the board. When you land on a picture, name it or read the word beneath it.

Then tell whether it’s a person, place, object, or animal. 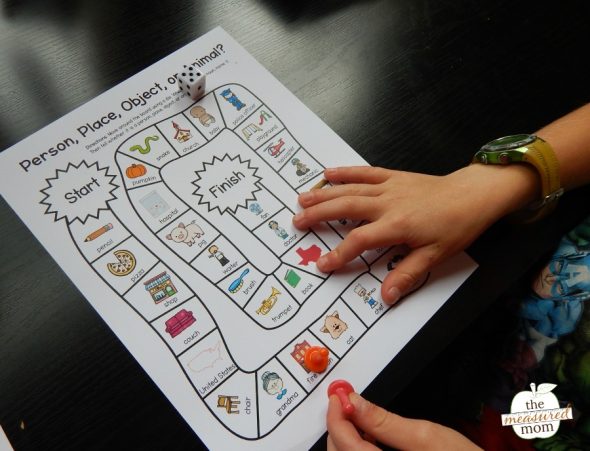 This was a fun and simple game for my second grader. It would also work well for first graders – and maybe even kindergartners!

Don’t worry – we’ll be sharing more noun games – and not all as easy as this one.

P.S. Do you prefer the old fashioned “person, place or thing?” I have a game with that title in the download as well.

Members of The Measured Mom Plus get access to even more printables – plus quick video trainings, no-print resources, and more!

Get your free noun game: person, place or thing!