Today I’m sharing free monster-themed number cards from 1-100.  Read on for ways to use them!

Last year I shared some monster-themed math for kids from preschool through grade one. This year I decided to create another monster math printable… number cards from 1-100!

My Four has really enjoyed a set of monster cards that I found for numbers 1-20.  He has gotten very good at putting the numbers in order and counting past 20.  He still struggles with some number recognition, although playing a lot of games of Sorry with his older siblings has helped him master the numbers 11 and 12. 🙂

I have seen that having him line up the numbers 11-20 directly beneath numbers 1-10 has helped him see patterns in numbers and predict which number comes next.  So I knew that what we needed was a giant set of 100 number cards.  And who wouldn’t want to do some math with these adorable monsters?  (I was thrilled when I found this perfect clip art!)

Right away I was able to show him that each column has the same monster in it all the way down.  As we worked I also helped him see that each number in a column ended with the same digit.

Members of The Measured Mom Plus get instant access to 2000+ low-prep, high quality student resources! Join thousands of happy educators by clicking on the button below.
CLICK HERE TO JOIN 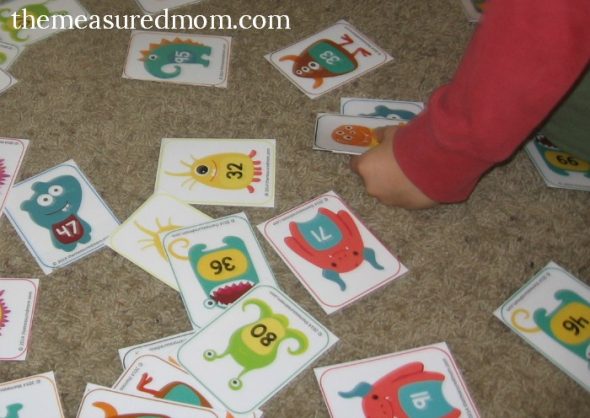 Putting all the monsters into a giant grid was not something he could have done on his own.  Obviously it took some time and patience to find the correct monster.  Thankfully he had a mother right there who was nudging the cards in his direction. 😉  This way he only had to find the right card out of a pile of five instead of the whole giant set.

If you’re just starting out with these cards, you might want to separate just a small set.  Start with 1-10 and gradually add subsequent rows. 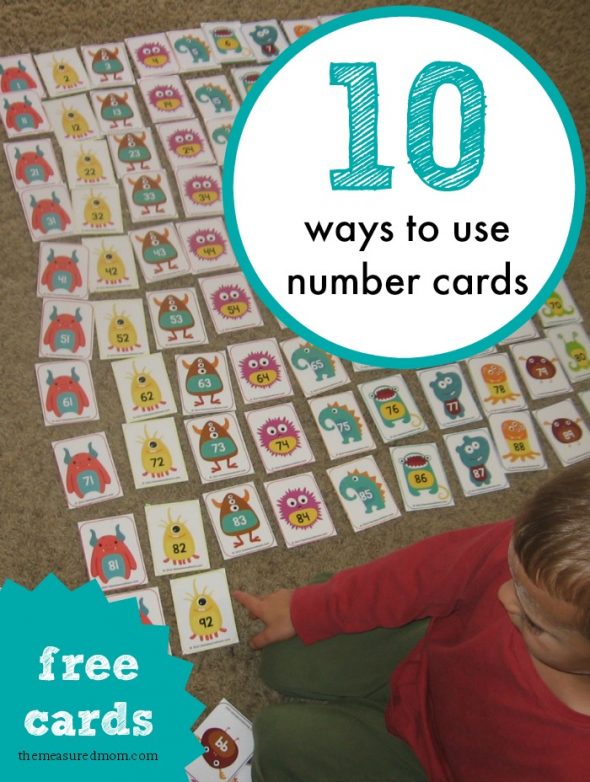 1. Say the numbers as you put them in order.

Separate a set of numbers, like 1-20.  As you put them in order, count together.  When you’ve finished setting them out, have your child point to each number and count again. 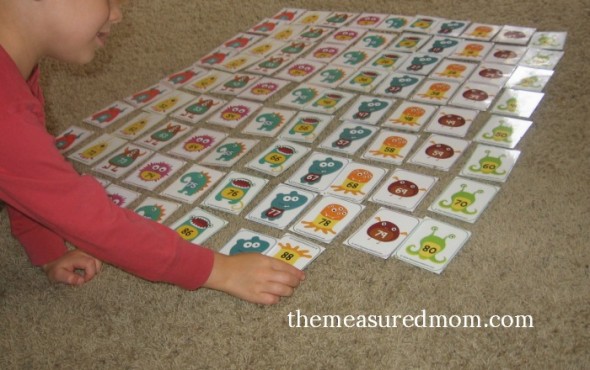 2. Learn to recognize larger numbers by creating a big grid.

Those bigger numbers are tricky to learn, but if your child has many opportunities to see how they all fit together by creating this big grid, he’ll start to recognize them. 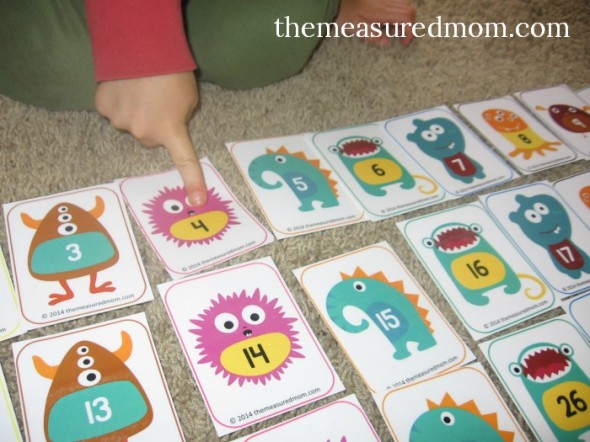 After we’d put together our grid, my son pointed to “4” and said “That’s how old I am!”  He also found the ages of his siblings.  Have your child find Mom and Dad’s ages too! 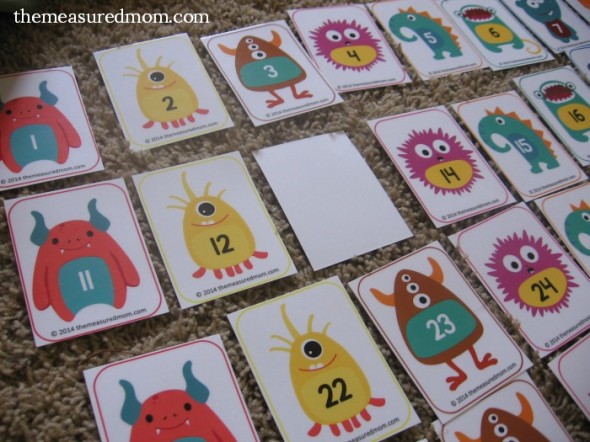 Turn over a number.  Have your child read the surrounding numbers and use other clues to figure out the missing number.

Your child can notice that each column has the same monster and ends with the same digit.  He can notice that as numbers move along a row (20, 21, 22…) the second digit always gets one bigger.  Older children can notice patterns related to skip counting, addition, and even multiplication. 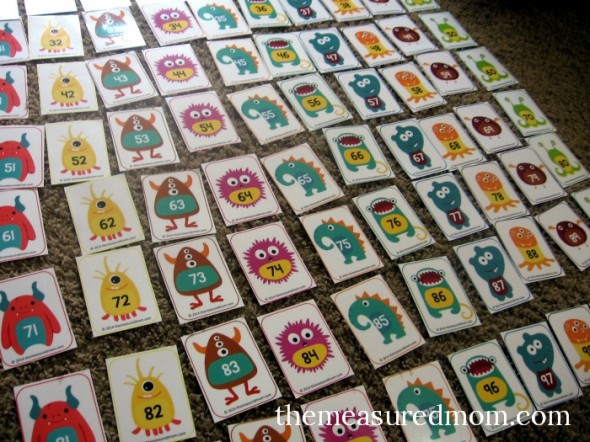 Get out a die and two playing pieces. Put your playing pieces on the first monster.  Take turns rolling the die and moving ahead.  How many rolls does it take to get to 100?  Whoever gets there first is the winner.  As you name the number you land on for each turn, your child will be getting a lot of practice recognizing those bigger numbers.

This is a great problem solving game for older kids.  Give one clue at a time, and see how many guesses it takes for your child to get the right number.  For example:

You can see that you can make this as simple or complicated as you want. 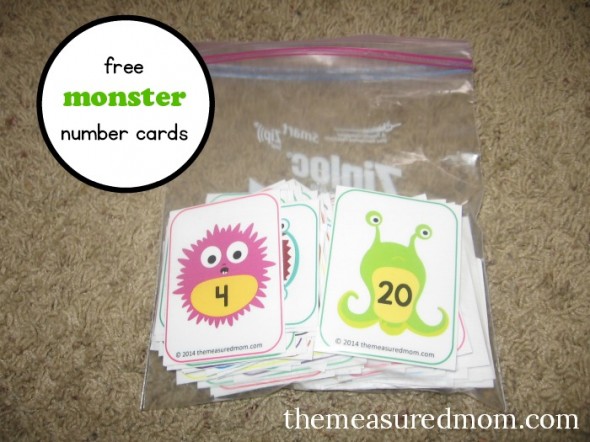 I hope you have fun with these!  We stored them in a plastic bag and look forward to pulling them out again.

Get your free monster number cards!