Today I’m sharing a set of printable games that will help your child learn digraph sounds. 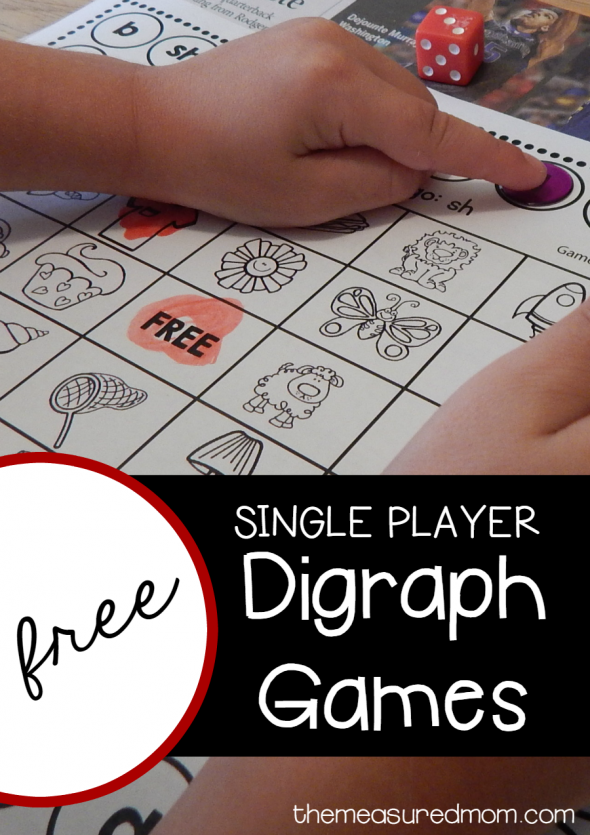 Today I’m sharing a new set of single-player games.  My Four loves these, and they’re really helping him learn the sounds of common consonant digraphs! 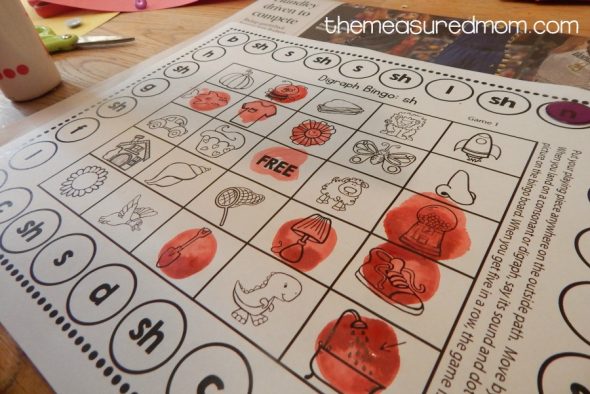 My little guy knows his letter sounds, but those tricky consonant digraphs (sh, ch, th) are another story. I began by creating a game to help him hear digraph sounds at the beginning of words.

Since he did so well with that, I created these games to help him associate each digraph with its correct sound. 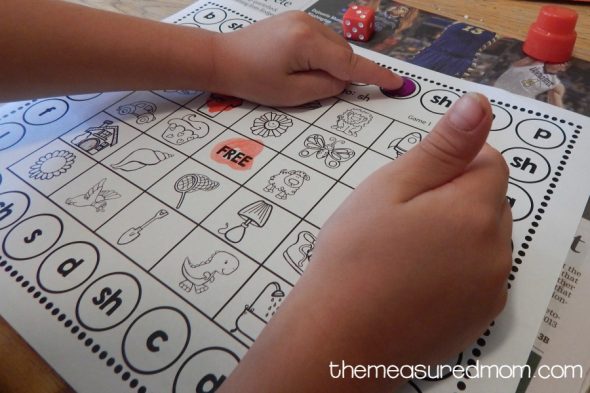 To play, your child will need a playing piece (like these transparent counters), a die, and markers (we love Do-a-dot!). 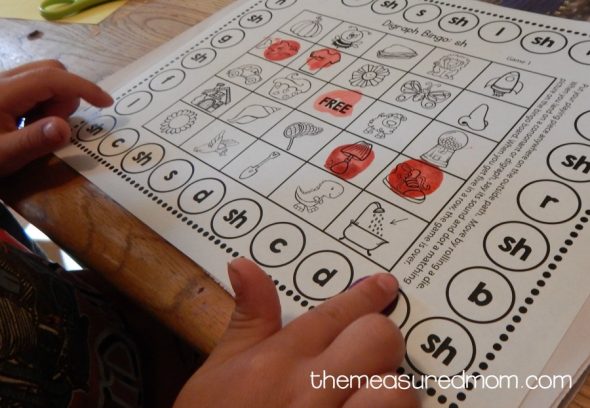 Have your child put his playing piece anywhere on the perimeter of the game. Then have him roll the die to move around the board. When he lands on a letter or digraph, he says its sound and finds a picture on the board whose name begins with that sound. 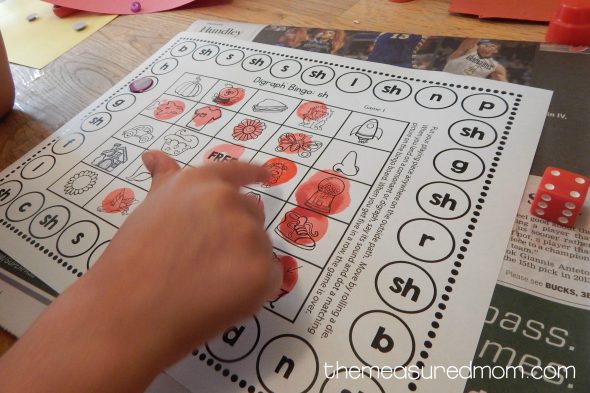 He dots that picture with his marker and keeps playing until he has five in a row. Bingo! The game is over.

Why we love this game

Short a & a-e worksheets No-prep games for short a and a-e words Free Games for Ending Blends
A simple way to practice name writing
Make a movie in your head! (a visualizing strategy)