Looking for activities that will help your child learn to tell the time? Check out this set of time games – in three different levels! 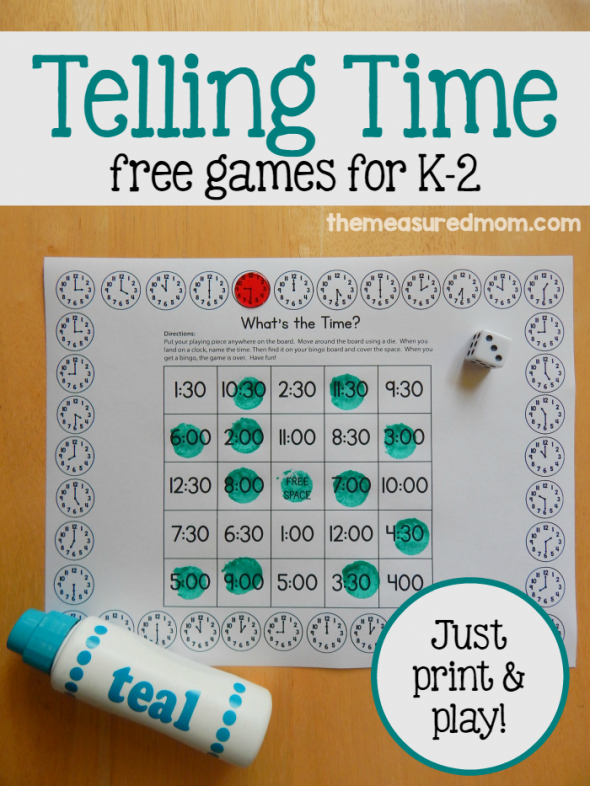 Welcome to the second week of the Print & Play learning game series with This Reading Mama!  Each week I’m sharing a free printable math game for K-2.  Just print and play – no color ink, cutting, or laminating necessary!  (Check back on Thursday for This Reading Mama’s literacy game.) 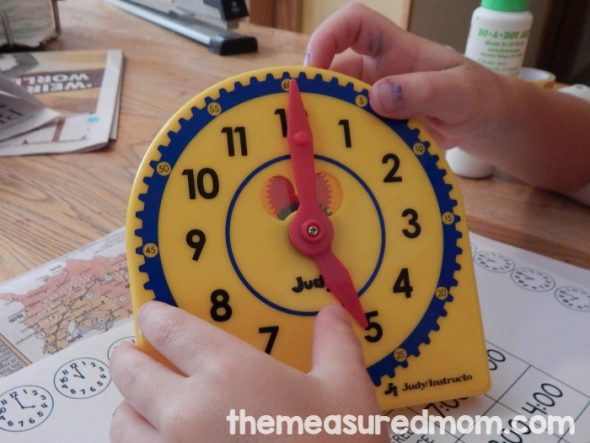 Do your kids struggle with learning to tell time?  I had forgotten what a tricky skill this is until I started teaching it to my own children.  But all three of my big kids (going into kindergarten, first, and third grade) pronounced this game “fun.”

I hope your child or students like it too! 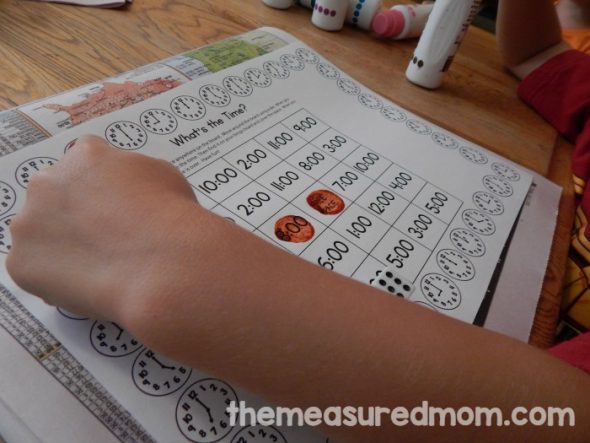 I began with the simplest version of the game.  First, I showed my Five (he’ll start kindergarten soon) how to tell time to the hour on an analog clock.  We used my mini Judy clock (I love the Judy clock!).

I explained that a new hour always begins when the long (minute) hand reaches the 12.  So we can tell what “o’clock” it is depending on where the short (hour) hand is pointing.

A lot of this went over his head, but he got the general idea. It helps that he and his older brother and sister are allowed to get up in the morning when their digital clock says “7:00.”  He’s familar with the concept.

The one-person game is super simple to play.  Put your playing piece on any clock.  Roll a die to move around the board.  When you land on a clock, name the time.  Find the corresponding digital time on the bingo board, and cover it with a marker or dot it with your Do-a-Dot marker.

When you have five in a row, the game is over.

After the game, my Five commented, “That was a fun game.”  Believe me, coming from him this is high praise. 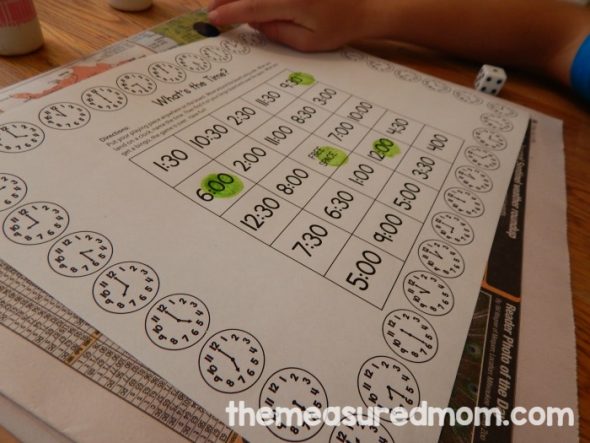 I used the Level 2 version for my upcoming first grader.  I thought he must have learned basic time telling in kindergarten, but apparently this is a first grade skill.  (I taught first grade for a number of years before I had children.  The kids picked up telling time to the hour so easily I guess I assumed it was review!)

“How come when the short hand is on the six it’s thirty?  That doesn’t make sense!”

I tried to explain how you move five minutes every time you get to a new number, but that was only eliciting tears. So I tried again.

“Do you remember how many minutes are in an hour?” (He’s always asking about this.) 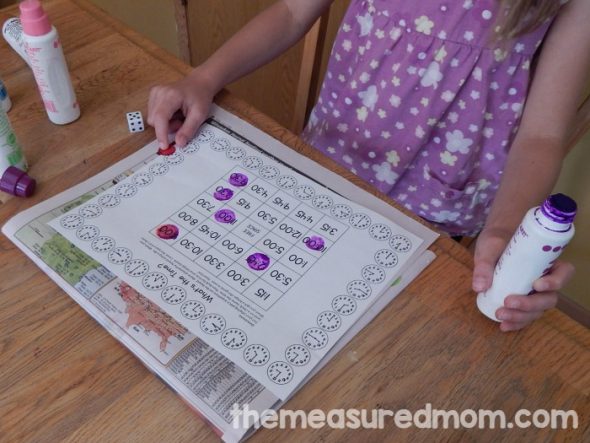 My Eight does well with telling time to the hour and half hour, but I thought she could benefit from practice with a quarter past and a quarter till.  So on the third version I added times like “1:15” and “6:45.”

This game gave her both a review and a fun challenge.

A game that challenges my Five, Six, and Eight  – and that all of them enjoy – is a winner in my book!  We hope you can use these telling time games too.

Have you seen the rest of our Print & Play series? 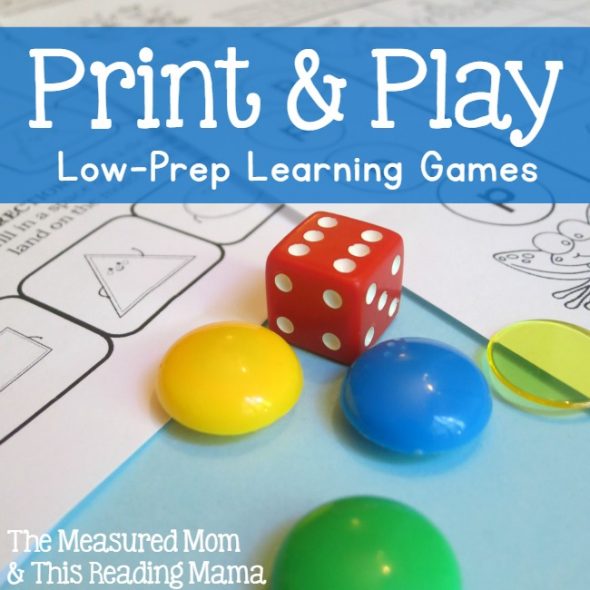 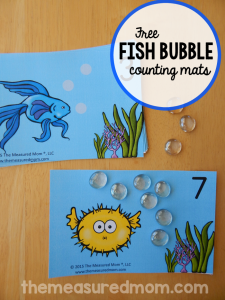 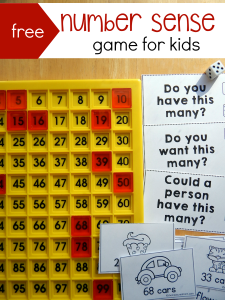 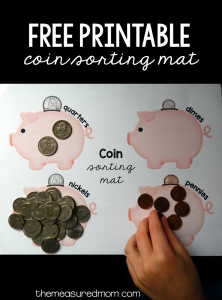 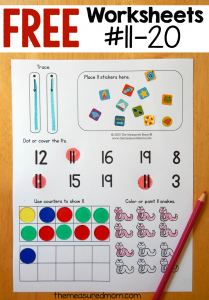 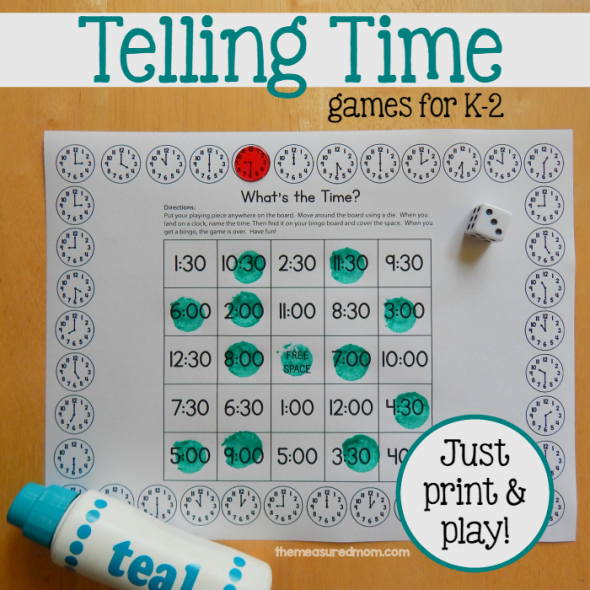