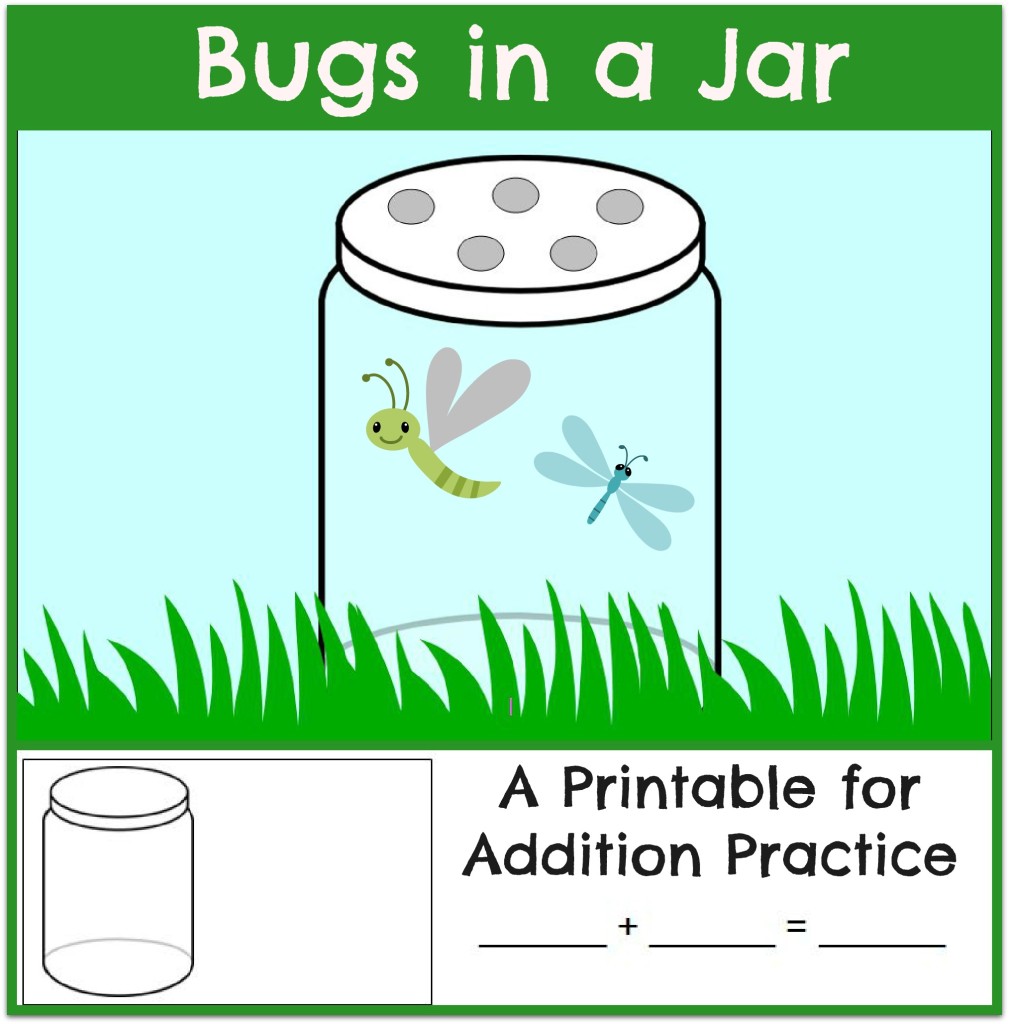 Here’s some fun addition practice just right for spring – or any time of year, as  we’re still waiting for the snow to melt at our house!

First I gave my Four and Five a copy of this math mat.  Then I gave them a total of five toy insects, since we’d be working on addition facts with 5 as the answer. 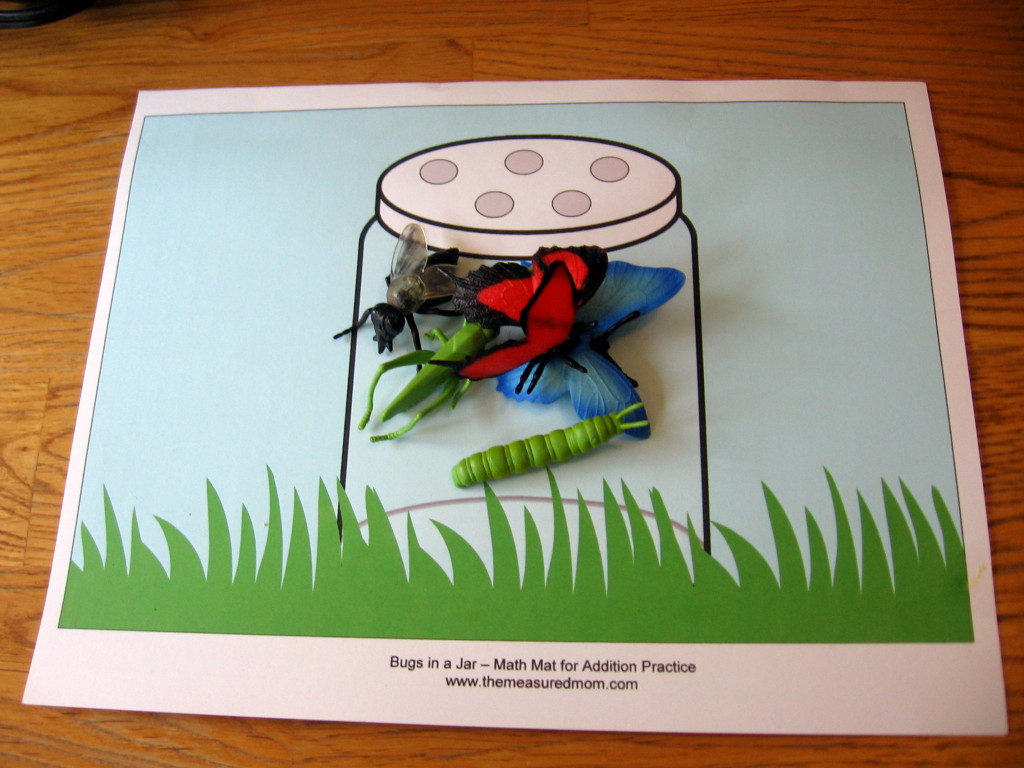 My Four put some insects inside the jar, and some insects outside it (except in this picture, where he put them all inside it).

I gave my daughter this worksheet.  I told her to draw the correct number of bugs inside the jar and outside it, as displayed on the mat. 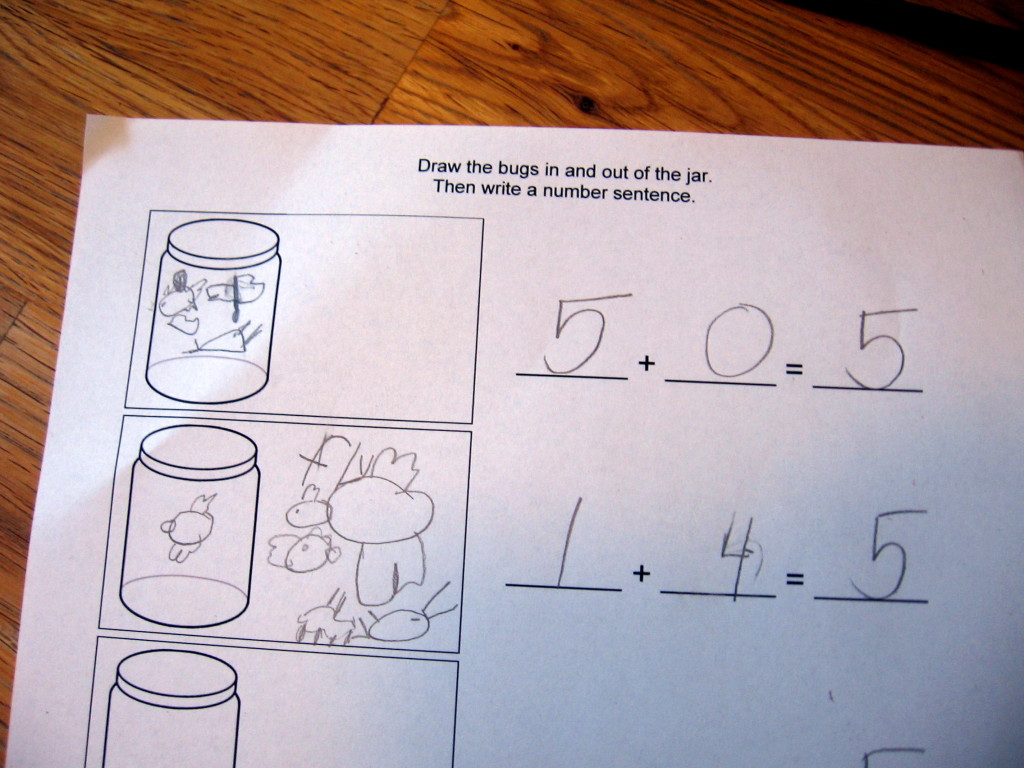 I should have been clearer about the drawing… I didn’t expect her to draw each bug in detail!  She tired of this by the third example, as you can imagine.  A dot to represent the bugs is perfectly fine. 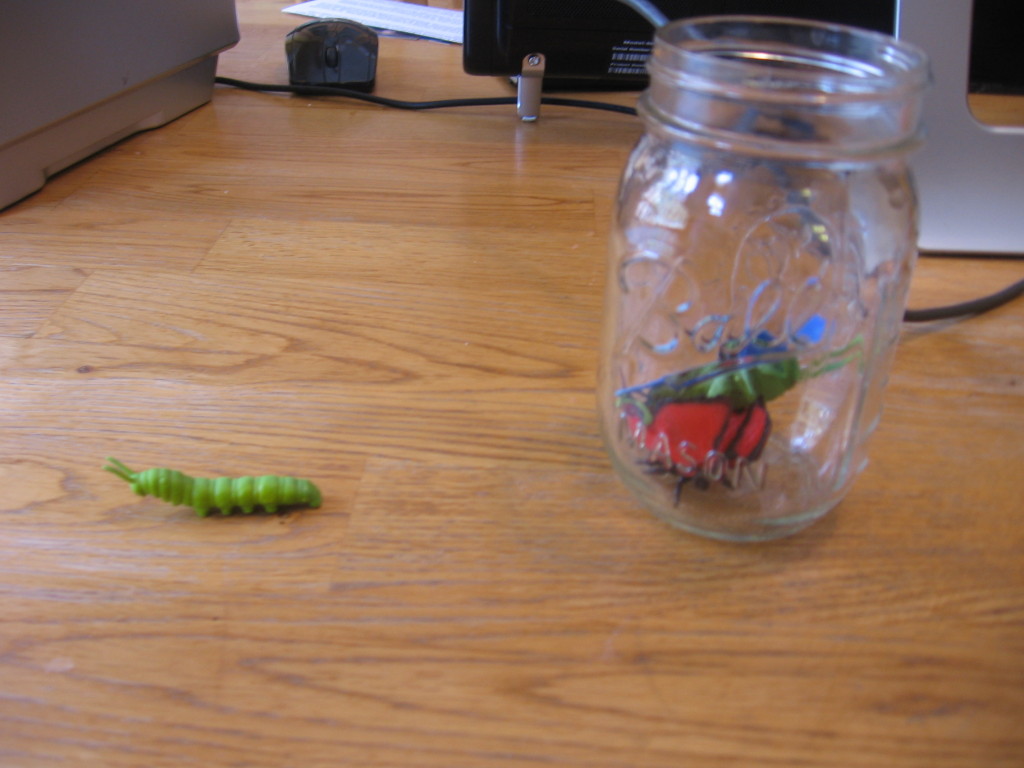 My Four wanted to use a real jar, so we put aside the math mat and played this way for a little while.

1) Use pom-poms, buttons or other manipulatives to represent insects.

2) Put the mat and insects in a small box with  a lid.  Shake.  Open the lid to see how many bugs are in and out of the jar.

3) Use a real jar (large or small), and stand above it. Drop the insects from overhead.  Then count to see how many are in and out of the jar.

P.S. Did you know we have dozens of addition printables in our membership, The Measured Mom Plus? In fact, we have a growing collection of 2000+ printables for Prek-third grade! Learn more here.

Get your free bug addition mat!

Sensory Play for Letter C Teach counting to ten with a counting bin Addition games for K-2
Preschool Fine Motor Practice: Ways to Make the Letter “I”
Hands-on Math for Preschool: The Letter “I”