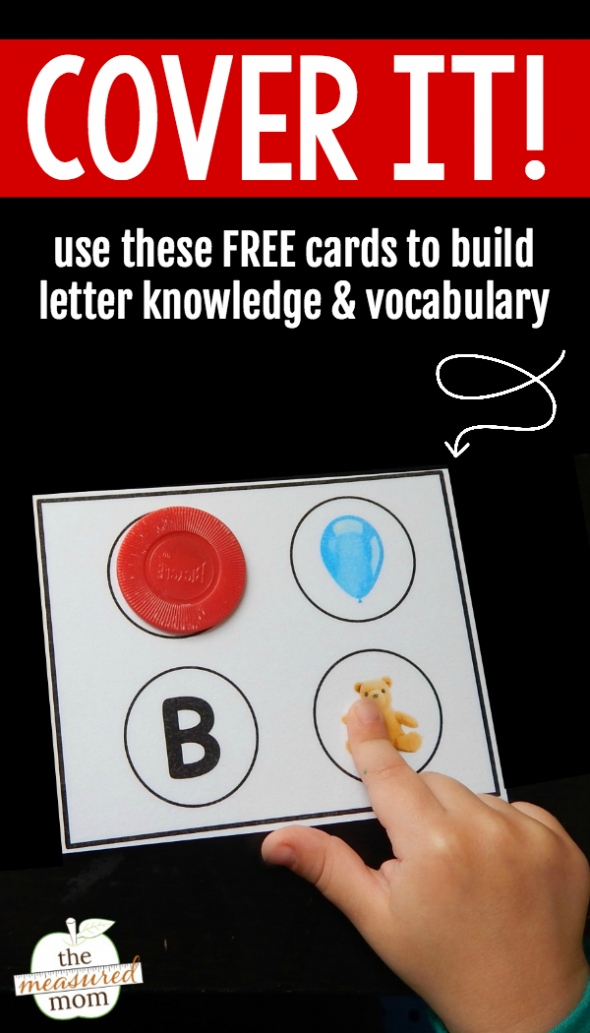 We have a very busy 2-year-old who is interested in many things.

The biggies include playing with our marble run, listening to his favorite board books, doing simple crafts (and by that I mean dripping glue all over the page), and playing in the sandbox.

One thing that he hasn’t shown much interest in, is the alphabet.

Now, judging from the reactions I get on Facebook when I share my “How to teach the alphabet to your 2-year-old” series, many people will say, “Of course not! He’s TWO!”

But here’s the thing. Many 2-year-olds are very interested in letters and sounds. My oldest knew them all before she was two. She was just wired that way. And our fifth child (our other daughter) begged for alphabet activities as a young two-year-old. Their three brothers also showed an interest in the alphabet at this age.

IT. IS. OKAY. to introduce the alphabet to your toddler. Please do! Just take it easy, take it slow, and don’t push it.

With that in mind, I created these “Cover It” cards to introduce the alphabet to my Two. My other big goal is to build his vocabulary. He’s been a slow talker, and I don’t read to him as often as I did to his older siblings. (Because, life.) 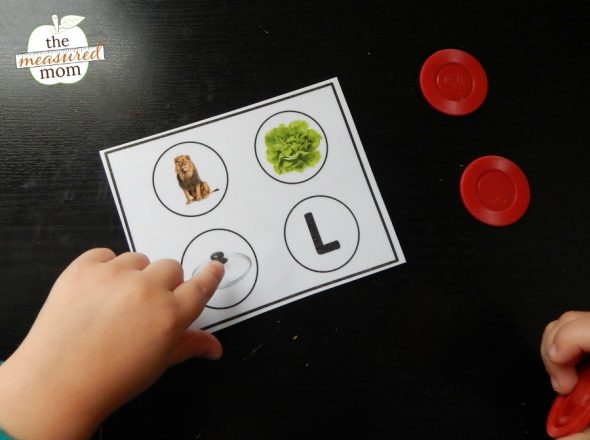 I created a set of 26 cards. Each card features a letter and three pictures that begin with that letter.

A poker chip is the perfect size to cover the circles. 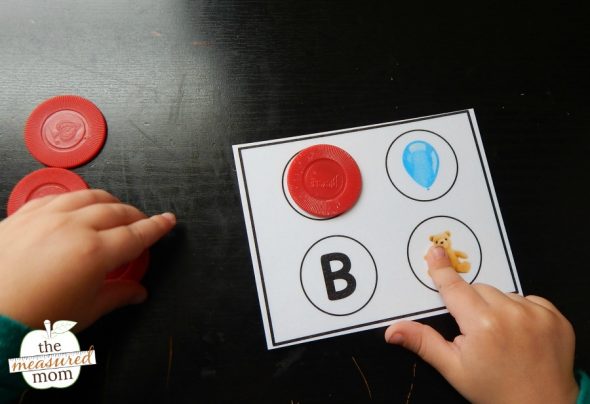 To play, I show my toddler a card. We talk about the pictures. He names them if he can (usually he can’t). Then I ask him to cover something. “Can you cover the bear? Cover the ball!” And so on.

Sometimes I name the pictures and cover them for him. 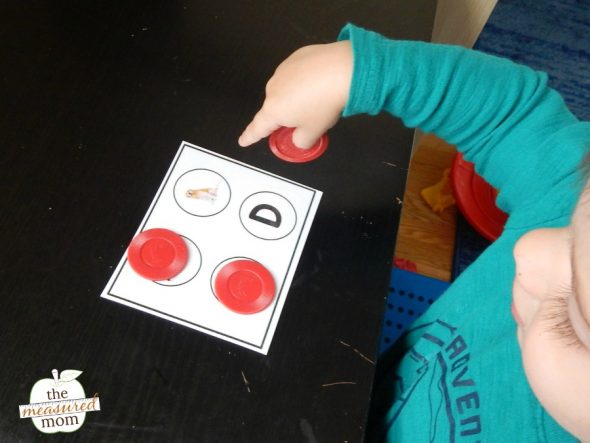 He was  very excited when I first introduced the cards. Still, as you might guess, we played for just a few minutes (under five). His attention span may be super long when it comes to the marble run (sometimes an hour!), but it’s quite short when it comes to structured learning.

No surprise! And no problem. 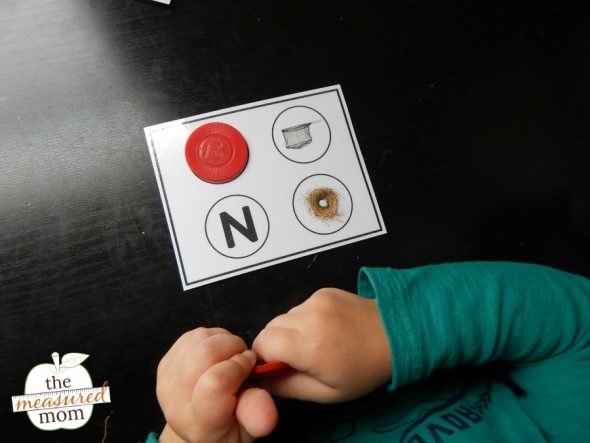 My ultimate goal with these cards is not to help my Two recognize and name each letter. My goal, instead, is to help him become familiar with letter names. I want to help him see that letters have a distinct look. And I want to build his vocabulary as he reviews the cards with me.

Is he always excited about doing these cards with me?

Um, no. As of this post we’ve done them about 3 or 4 times. Each time lasts just a couple of minutes. Sometimes it takes a little convincing. Usually if I offer them to his four-year-old big sister, he is suddenly interested. “No, ME!”

This is his favorite card, because he knows the names of all the pictures. And he can even name the letter B!

Or at least he did today.

Ways to use these cards

You get the idea! Do you have other ideas for using these cards? Let us know in the comments!

Get your free alphabet/picture cover it cards!

Should we teach letter names or sounds first? Beginning sounds worksheets Simple ways to get kids excited to write the alphabet
Vocabulary in grades 3-5
Write the room with digraphs