Do you teach spelling? It’s important to understand the stages of spelling development. Let’s take a look! 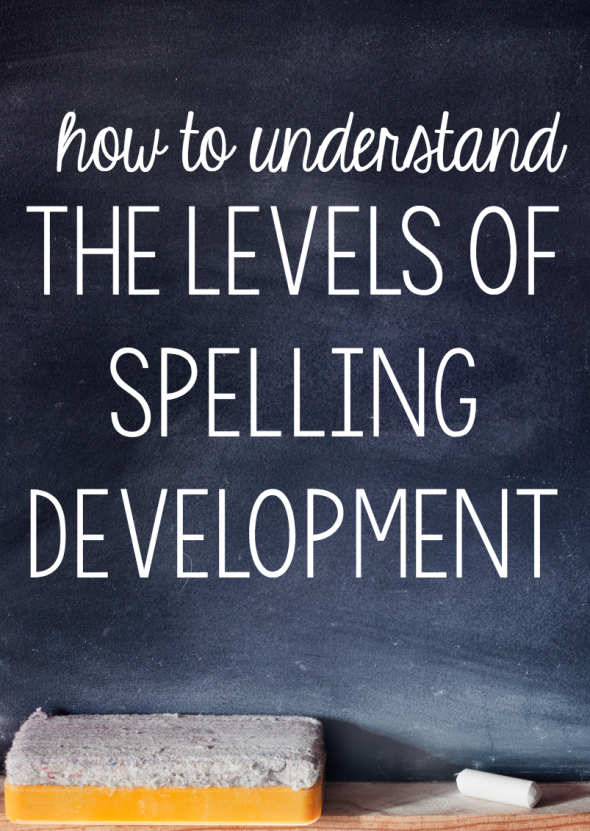 The 5 Stages of Spelling Development

Children might recognize their alphabet, but they are just starting to write it. 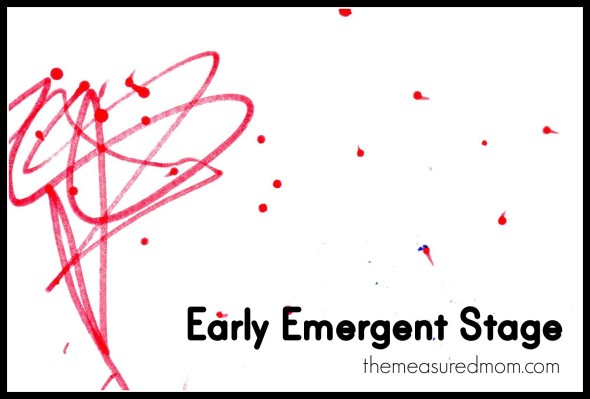 Here’s a sample from the beginning of the emergent stage.  Writing looks the same as drawing.  My just-turned-Three draws and scribbles, but he doesn’t write letters yet. 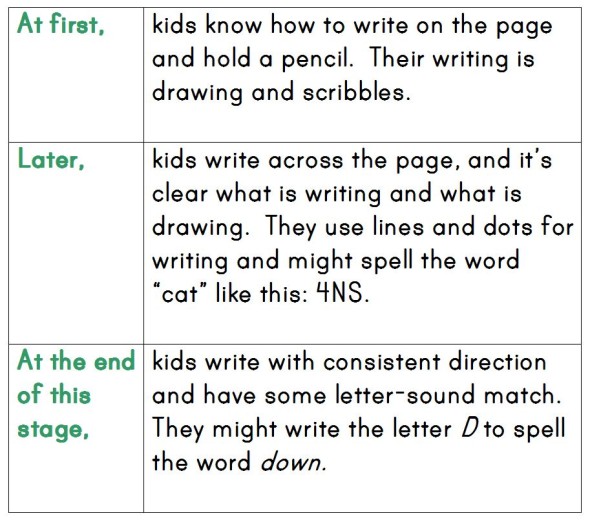 Children know their alphabet and sounds – this comes out in their writing. 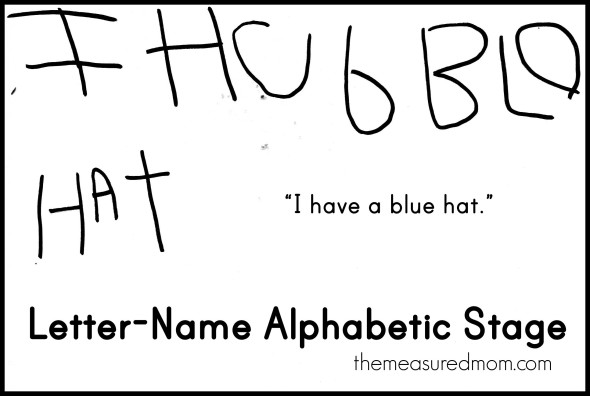 My four 1/2 year old is at the middle of this stage.  His letter and letter sound knowledge is solid, and he is putting that to work in his writing. Sometimes he writes just a single letter for a word (H for have), but other times he sounds out the whole thing (BLO for blue and HAT for hat). 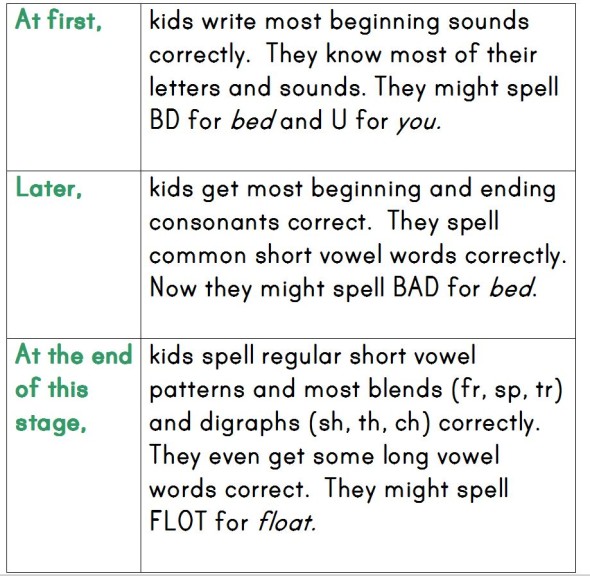 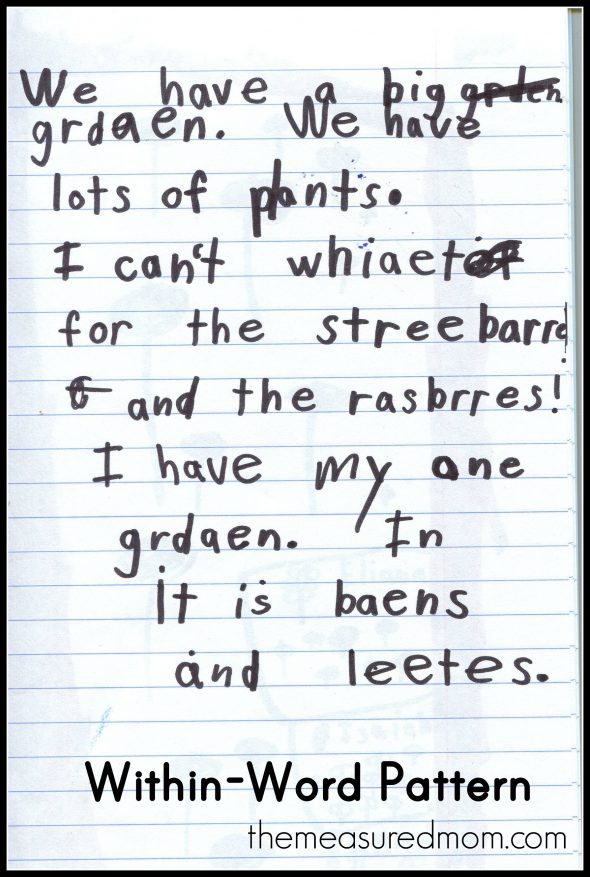 My six-year-old (who just finished kindergarten) is at the beginning of this stage.  She does well with blends (streebarres and plants) and is starting to experiment with long vowel sounds (baens for beans). 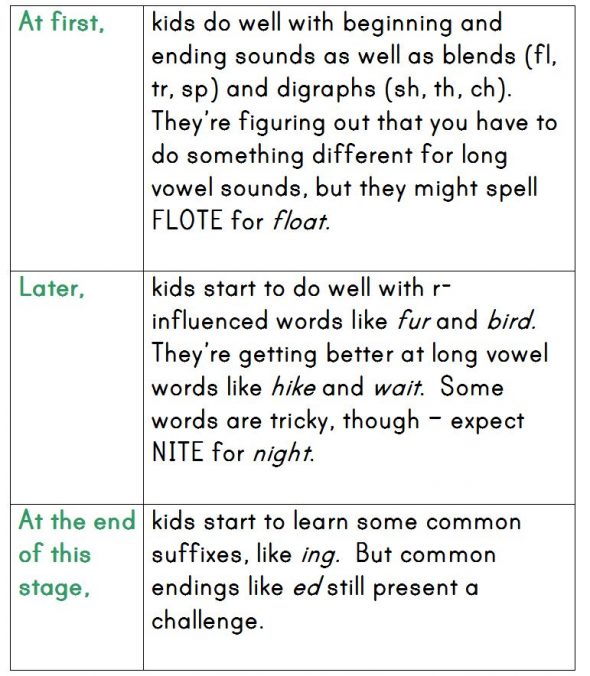 The Syllables and Affixes Stage (ages 9-14)

Now kids start to understand how to put endings and extra syllables onto words.

(Sorry, my oldest is six years old – I don’t have a writing sample for the last two stages!) 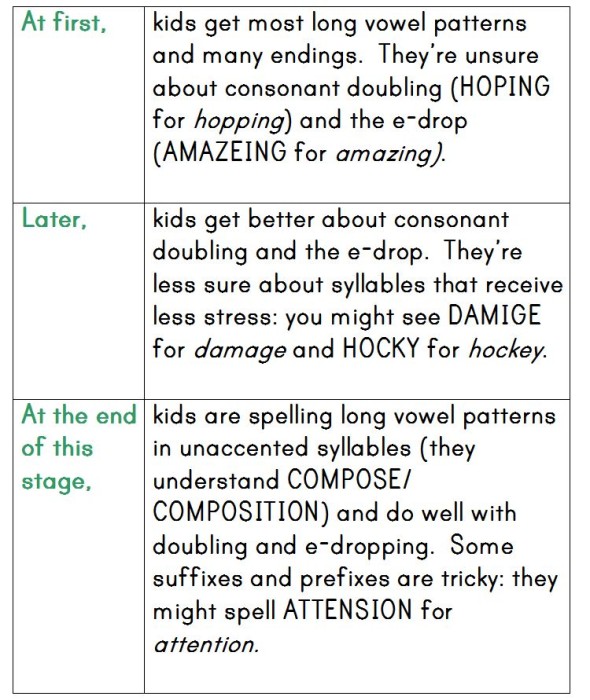 Understanding the meaning of words helps us spell them. 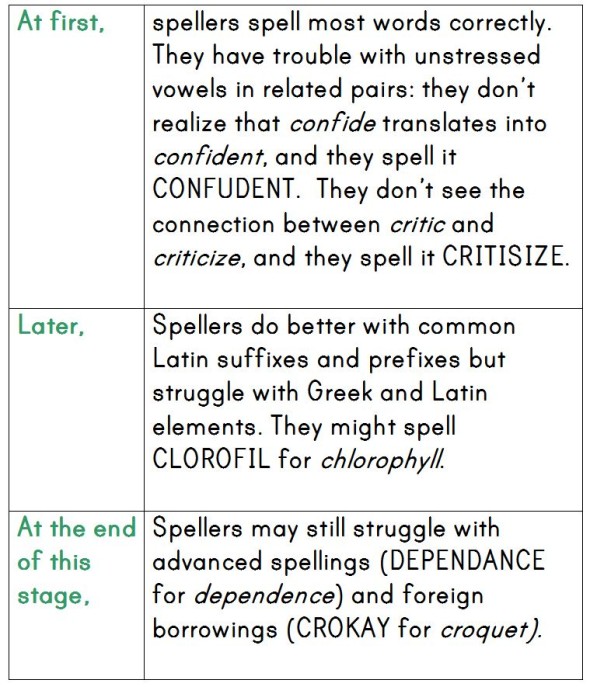 That was a lot of information. Now what?

If that was information overload, pin it or print it for future reference.  As you start becoming aware of your students’ spelling abilities, your understanding of the five stages will come together.