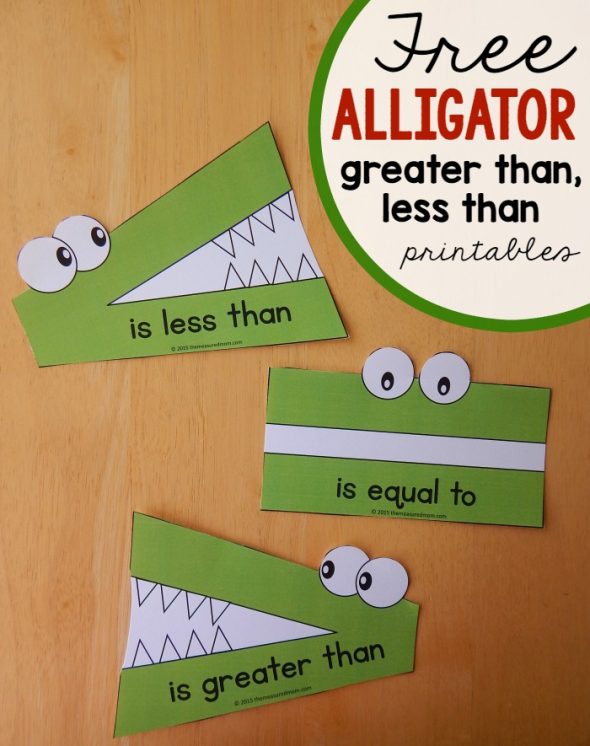 You can do this activity using only two things:

b) something to count, like a stack of toys or small math manipulatives (for older kids, you just need a dry erase or chalk board) 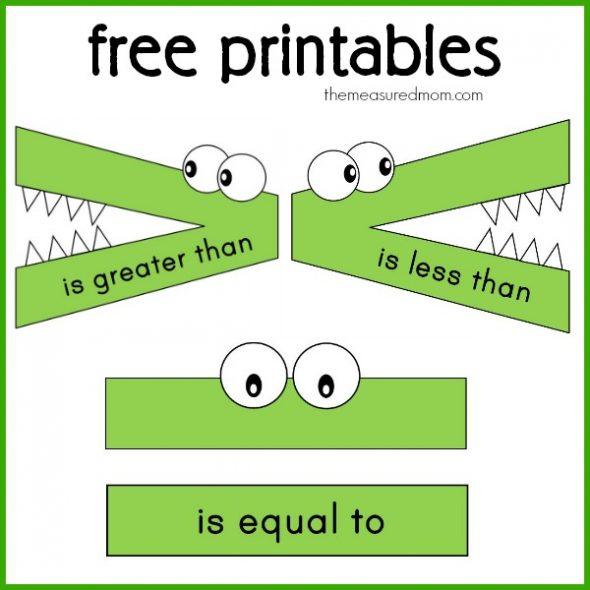 Learning less than, greater than

First, I created some simple alligator less than, greater than, and equal to printables.  After printing on cardstock and laminating, I brought them to the playroom. 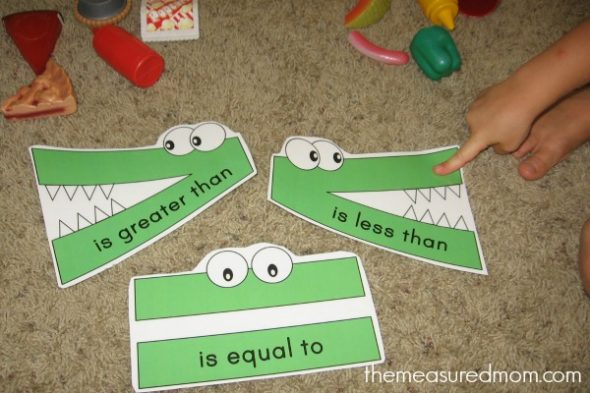 We started by getting out our toy food and putting it in small piles that I knew my Four could count.  After counting each pile, he identified the larger one and chose which alligator he would need to swallow up the bigger amount.  After doing a variety of counting activities over the last year, he can count objects up to about 20 without much difficulty. 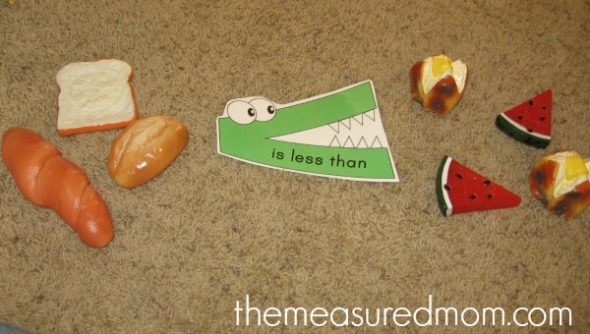 My Four had no trouble figuring out greater than/less than for amounts under 10. If your child has trouble, you could draw a simple number line and show him how the larger numbers are farther on the line. 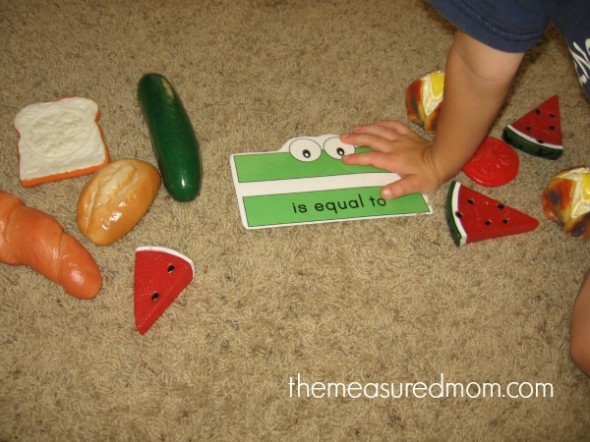 He understood that when the piles had equal amounts, he needed to choose the equal sign. 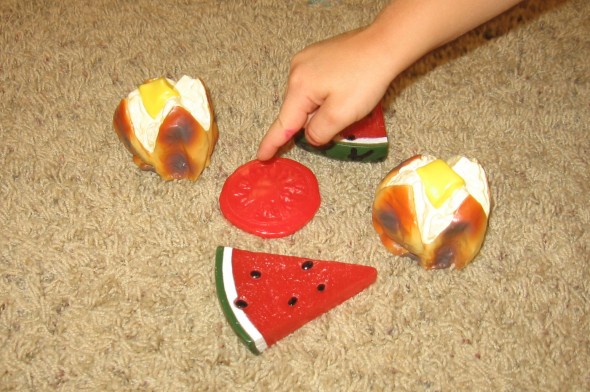 We also tried simple estimating.  I would set out small piles and ask my Four to tell me which was larger without counting.  Then he checked his guess. 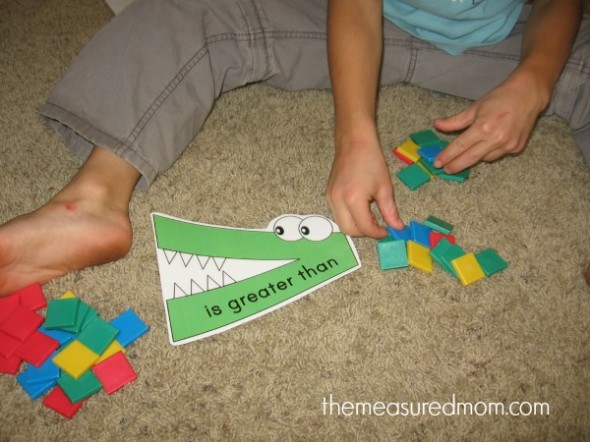 We used a few toys with my Five too, but it became obvious that to help him work with larger numbers we’d need small manipulatives. I got out my color tiles from my teaching days.  After figuring out the answer, I had him read it using the words on the alligator.  “24 is greater than 21.” 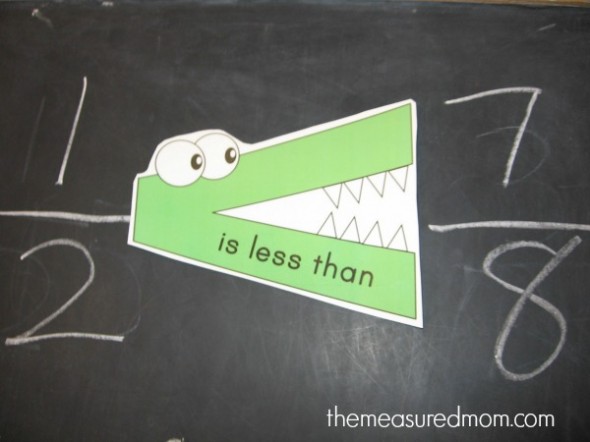 These simple on the floor activities were far too easy for my Seven, who is going into second grade.  I started with some larger numbers to give her practice with place value.  When I saw that she knew that “2,465  is greater than 2,456”, I created more challenging problems involving fractions.  We started simple with 1/2 and 2/4.  With an accompanying illustration, she was able to see that those are equal.

Then I made it even tougher with the above example.  This was quite challenging for her, so after a few more problems I let her get back to her reading.

If your child is a little older and is ready for it, use the alligators to compare:

You can laminate the alligators and put adhesive magnets on the back to use on your chalkboard or dry erase board.

After a teacher’s request, I’ve added a set of smaller alligators that you can use for small groups.

Get your free greater/less than pages!