If you’d like a variety of letter E activities for 2-year-olds, you’re in the right spot! 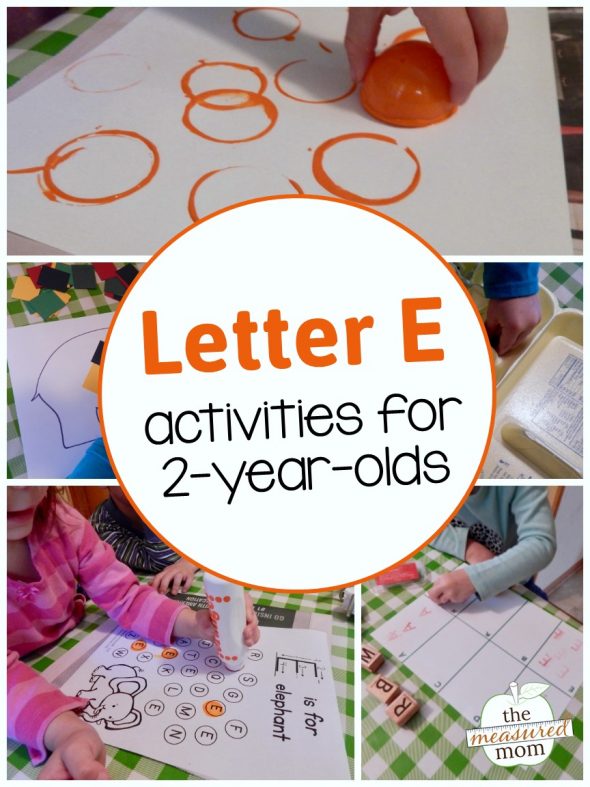 My Two loves doing learning activities with me, so we spend about 15-20 minutes a day doing letter of the week.

Here’s what we did for letter E! 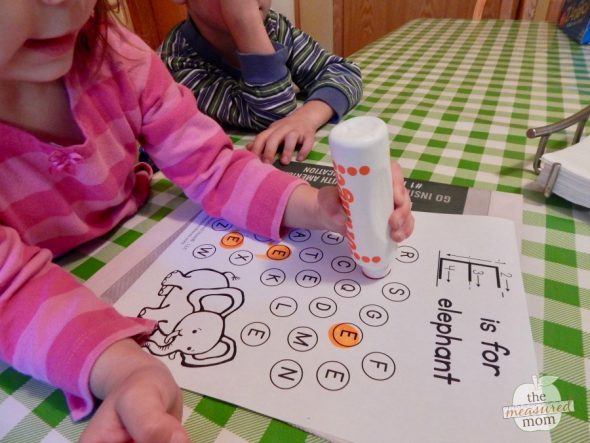 My Two hunted for letter E’s on our free letter find page. 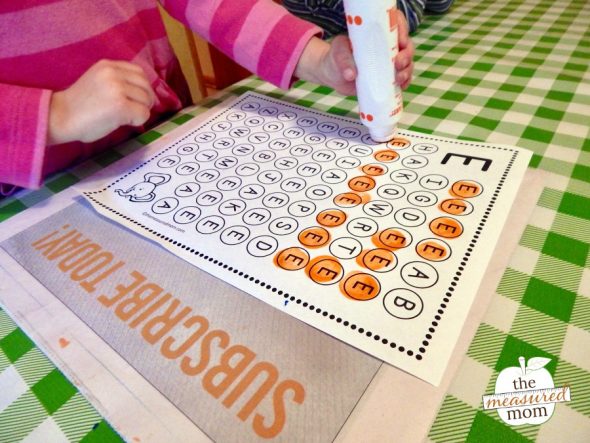 As long as we were having fun with dot markers, I pulled out this letter maze. These are a little trickier for her, as I need to show her how to follow the letters in order. I’d say the letter mazes are better for older learners, but she enjoys doing them with help. 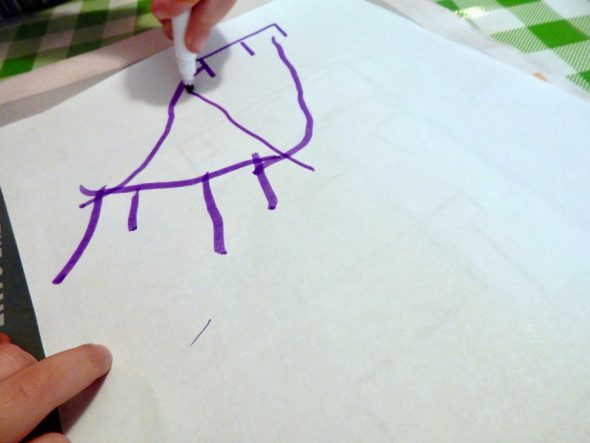 Lately, my Two has started writing letters on her own – mostly A’s, M’s, and H’s. So I asked her if she wanted to try an E. You can see my sample in the upper left corner, and her attempt at making her own. 😉 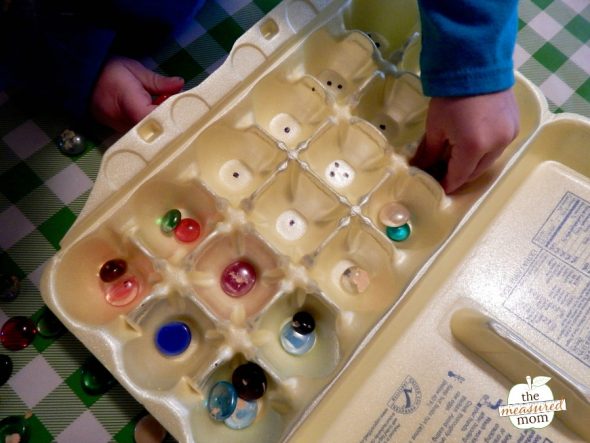 What a great math center this turned out to be! Since my Two only counts objects to 3, I thought I could help her practice that. I put 1, 2, or 3 dots in each space of the egg carton. Then I gave her some colorful glass gems.

I helped her count the dots in each space and then put the corresponding number of gems inside. She did great! 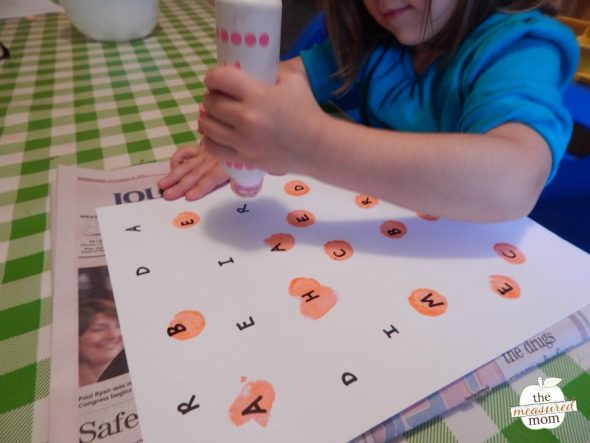 Now that we’ve learned nine letters, it’s getting harder to remember ones we’ve learned in previous weeks. So we do a lot of simple alphabet review, like this one. I wrote letters on a piece of paper, named them one by one, and she dotted them with the do-a-dot marker. 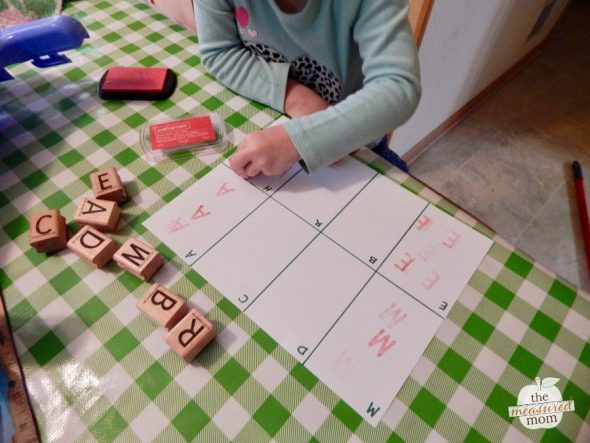 Then she filled each space with the proper letter. She quit before the grid was complete (no problem – I don’t force her to start or finish activities. She’s two!). 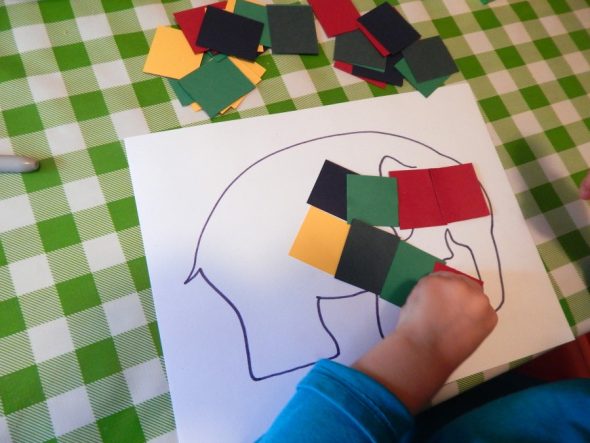 Are you familiar with Elmer, the patchwork elephant? I admit that I’m not a huge fan of the books, but my Two likes them (especially this one). So I printed an elephant pattern I found online and cut up construction paper into little squares.

Then she went to town with her glue stick. Poor Elmer… by the time she was finished all we could see were his feet! 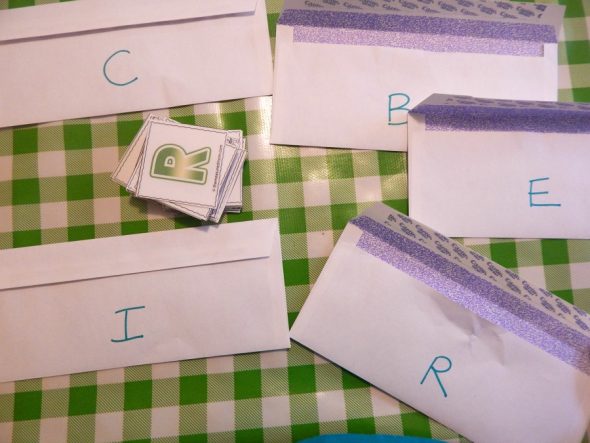 Here’s one more whole alphabet activity. I wrote familiar letters on envelopes and brought out our laminated letter cards. (Get your letter E cards at the end of this post.)

Then I had her sort them by putting the letters into their corresponding envelopes.

This kept her quite busy! 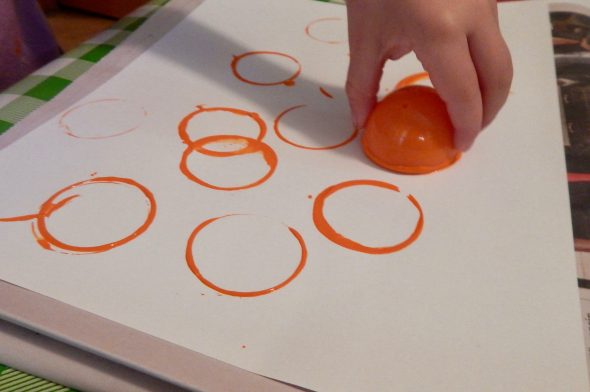 And that’s our look at letter E. We hope you found some fun things to try!

Grab our letter cards and letter E pictures in the download at the end of this post.