Today we’re sharing some fun letter I activities for two-year-olds! 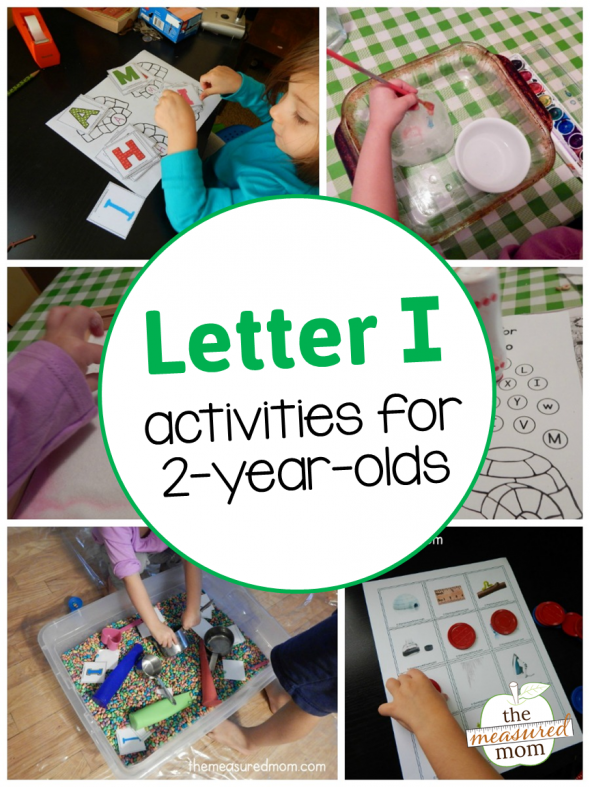 I’m doing letter of the week with my Two. She asks for more “tivities” all the time. Even though we only spend about 15 minutes a day, she’s learning her alphabet week by week. Will you try some of these ideas with your little learner? 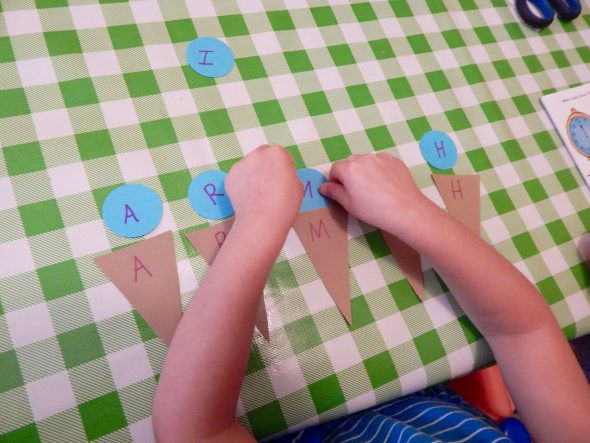 We began the week with a simple review of the letters we’ve learned so far. I wrote the letters on paper triangles and circles. My Two matched the ice cream scoops to the cones. These happen to be all the letters of her name. Next week we’ll be ready to start back at letter B and move through the alphabet in order. 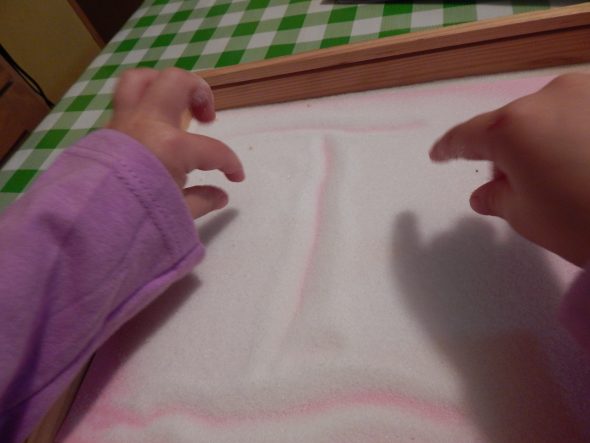 We don’t practice writing a lot of letters yet, because my Two isn’t ready for that, but I thought we’d try the letter I in a salt tray. I showed her how to start her finger at the top of the tray, go down and then go across the top and the bottom.

After I modeled it several times, she had a go. She did great! 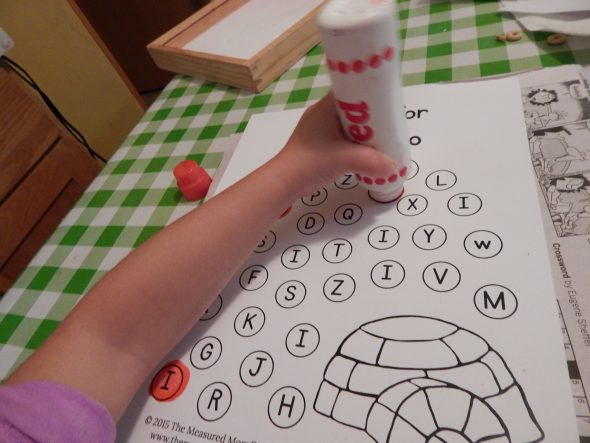 I am surprised at how well she does with these letter find pages. (Her older brother never enjoyed these, so be sure skip them if your child doesn’t care for them. Not all littles enjoy seatwork.) 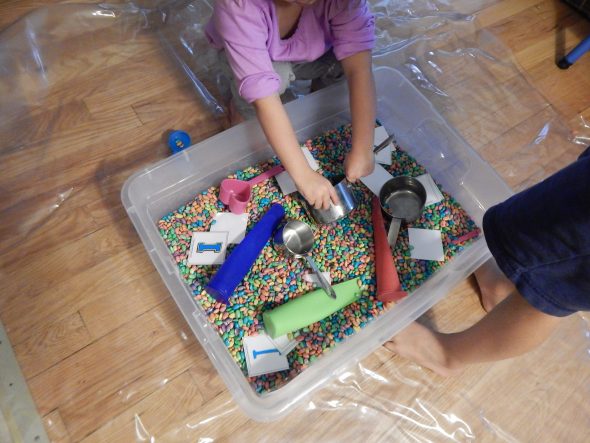 We did another activity that would give her a lot of exposure to the letter I. I printed our colorful letter I’s and pictures (get them in the download at the end of this post) and buried them in dry beans. 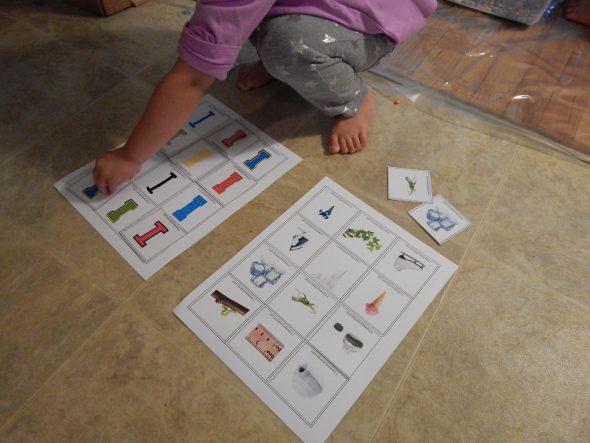 After my Two and Four had been digging and pouring in the beans for some time, I asked my Two to find the cards and match them to the pages on the floor. She enjoyed this, and it was a good vocabulary builder too. 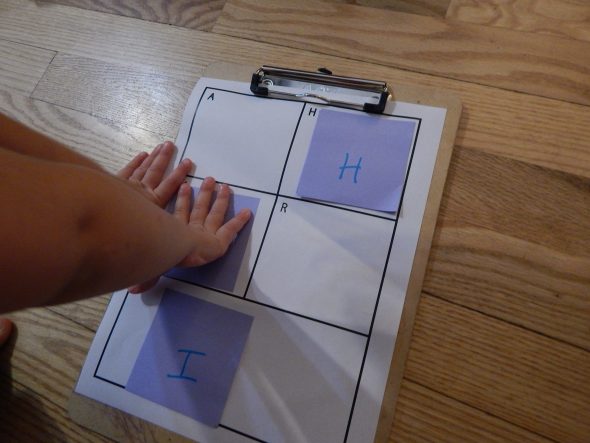 This was by far the biggest hit of the week! I printed a simple grid labeled with the letters we’ve learned so far. Then I wrote the letters on numerous sticky notes and “hid” the around the playroom.

My Two loved collecting the post-it notes and putting them in the correct spaces on the page. 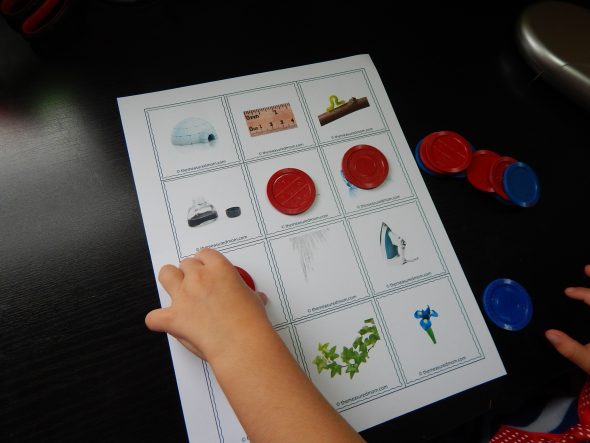 To work more on vocabulary building, I named the pictures on this page of letter I pictures and had my Two cover them with poker chips. She really likes this. 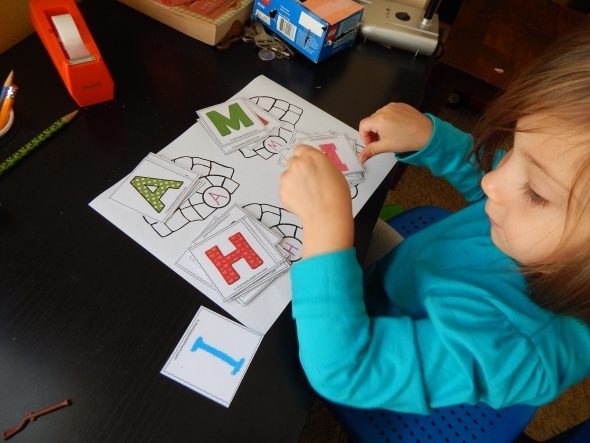 To review previously learned letters, I wrote some of them in igloos and gave her letter cards to sort.

I really believe it’s these letter sorting activities that are most helpful in getting her to remember the names of the letters from week to week. 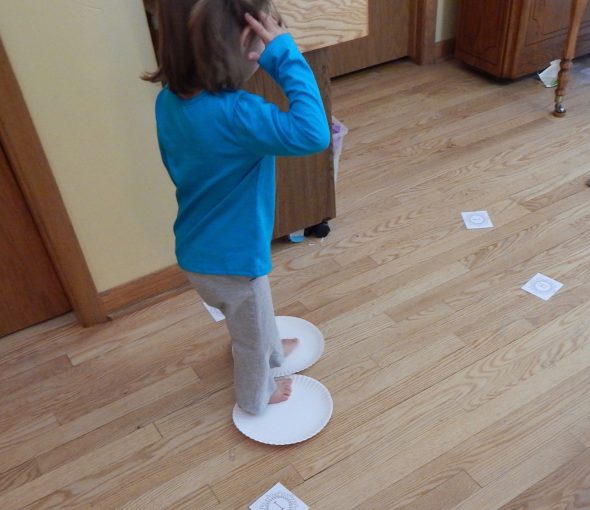 We borrowed an idea from Mom Inspired Life and did some “ice skating” with paper plates. I wrote the letters we’ve learned on paper snowflakes, and my Two skated to each letter, named it, and picked it up. 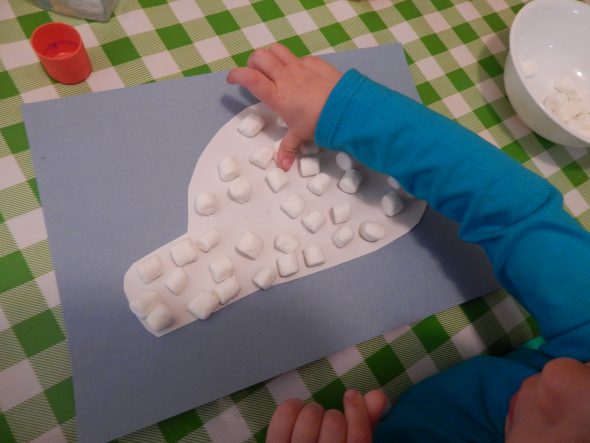 Of course, the highlight of this simple igloo craft was getting to eat 2 marshmallows before she began and two when she was finished. I put dots of glue all over the paper, and she placed the marshmallows on each dot. Great fine motor practice! 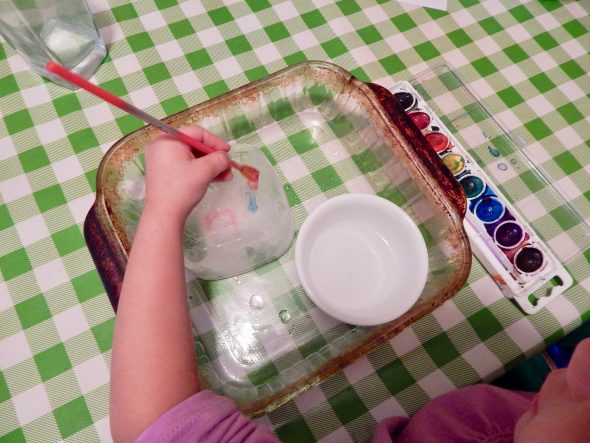 Finally, we painted ice like they did at Teaching 2 and 3 Year Olds. I was amazed at how long my Two and Four enjoyed this! I was able to clean the kitchen and mop the floor. 🙂

Get your free printable letters and pictures in the link below.