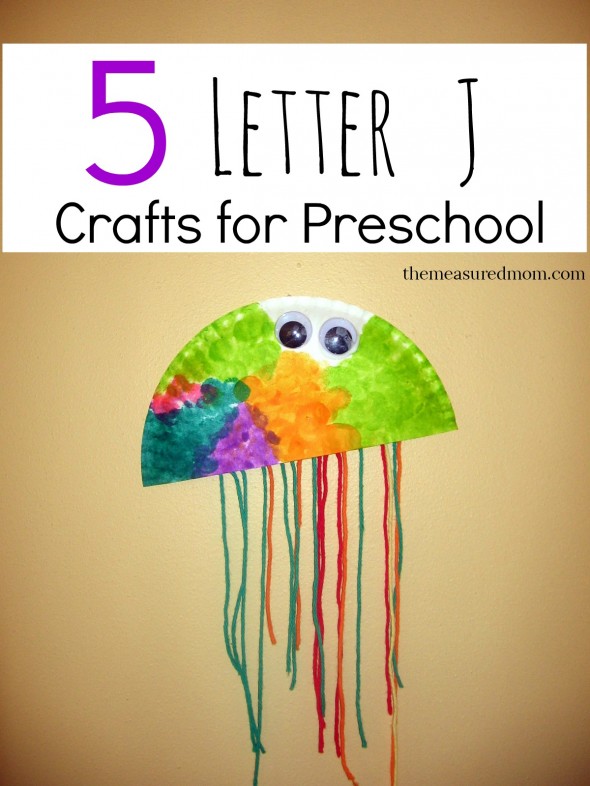 Letter J was a toughie!

J is for Jewels 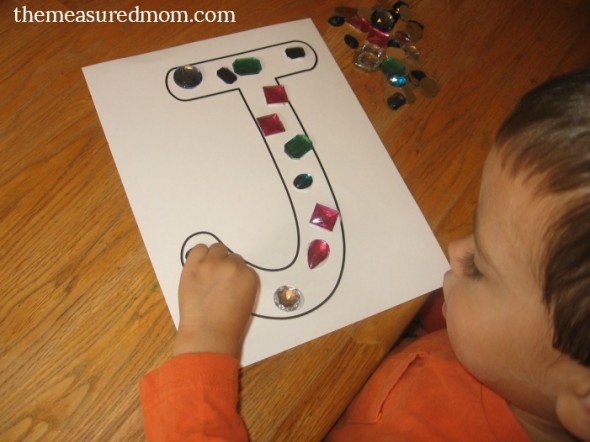 I printed a letter J and gave my boys each a pile of colorful jewels from the craft store.  I put down the globs of glue for my Two. 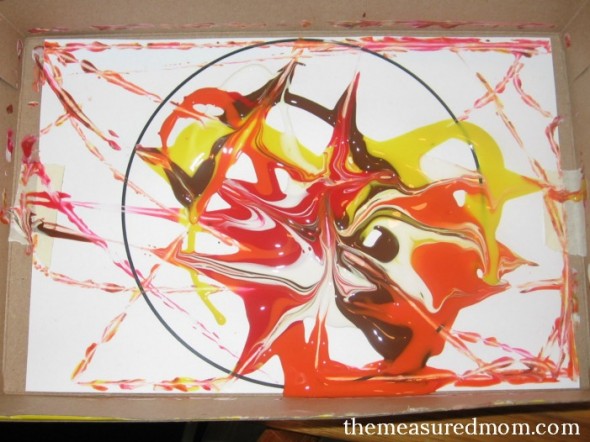 I printed a giant circle on a piece of paper and put it in a box.  We poured red, yellow, brown, white, and orange paint (the colors of Jupiter) into the box.  Then we tossed in a marble for rolling around.  The idea is that this will create a fun marbled effect.

Personally, I thought this was a pretty cool idea, but my boys weren’t so impressed. My Four decided to use the marble to paint by pushing it around with his hand, resulting in more of a finger painting.  The result was not a cool marbled look, but a big brown splotch.  Totally fine, of course, but not exactly Jupiter-esque.

My Two began the above picture but lost interest after about two seconds. “I want to paint with cars!”  Since I wasn’t ready to start that project this morning, he had a full meltdown.

Maybe you’ll have better success with this one. 😉 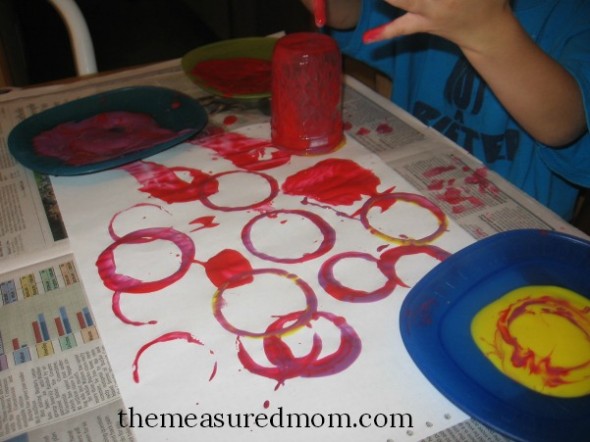 We painted with glass jelly jars.  The boys rolled the jars at first – and were unsatisfied with the effect.  They switched to printing with the mouth of the jar.  I would recommend using a plastic jar.  The jar got kind of slippery when it was covered in paint.  We had a close call or two.

J is for Jellyfish 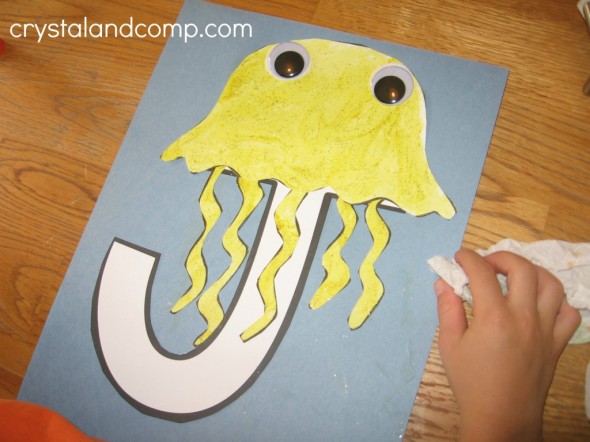 Did you know I did an entire Letter of the Week craft series at Crystal and Company?  This was our letter J craft.   Get the free printable pattern. 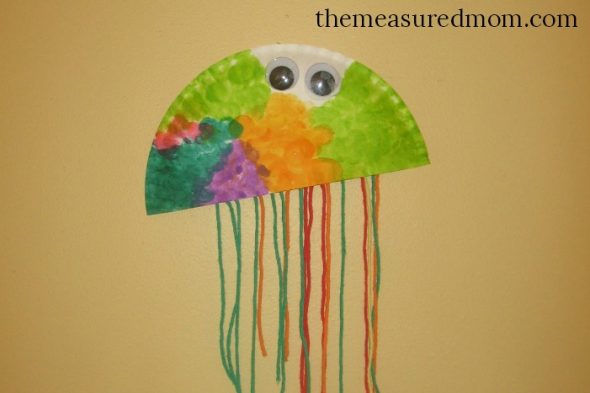 I cut a paper plate in half, and my Four decorated it with Do-a-Dot markers.  Then we added a line of double stick tape to the back of the plate, and he attached varying lengths of yarn. Of course, googly eyes complement any craft. 😉

Looking for more ideas for learning about letter J? 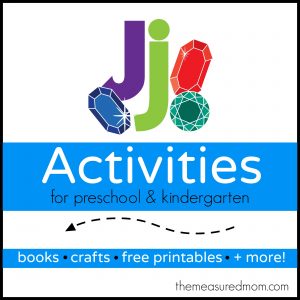