Are you teaching the alphabet to your toddler? Try some of these letter K activities for 2-year-olds! 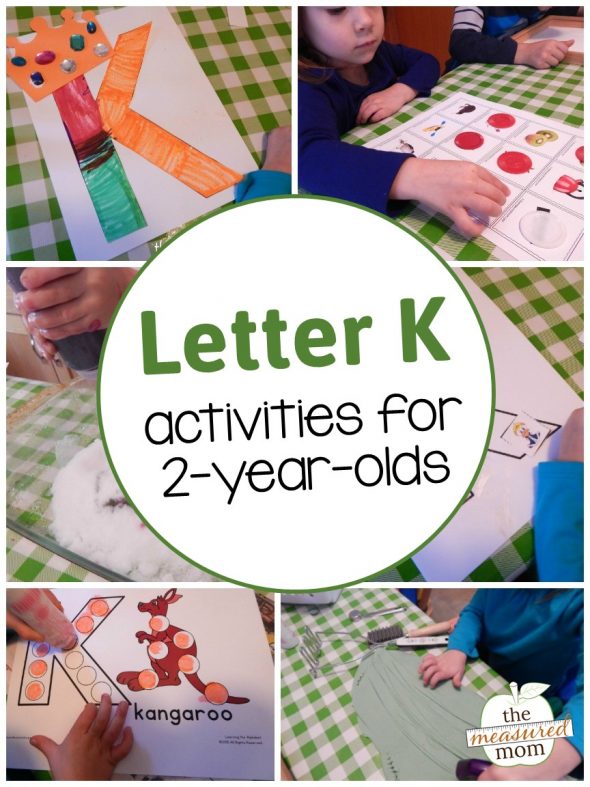 Shortly after my daughter turned two, we started doing letter of the week activities. Not because I think this is necessary for all two-year-olds, but because she kept asking for her own “tivities.”

And because I knew she would enjoy it.

At the beginning, it was slow going. We took several weeks for each letter, and mostly just had fun. It was hard for her to remember the letter names.

As she got closer to 2 1/2, she started remembering the letters and sounds more easily. Now that she’s getting close to 3, she knows some of the letters before the week has even begun.

At the beginning of our letter K week, my little girl already recognized the letter. So we only spent two days on this letter. 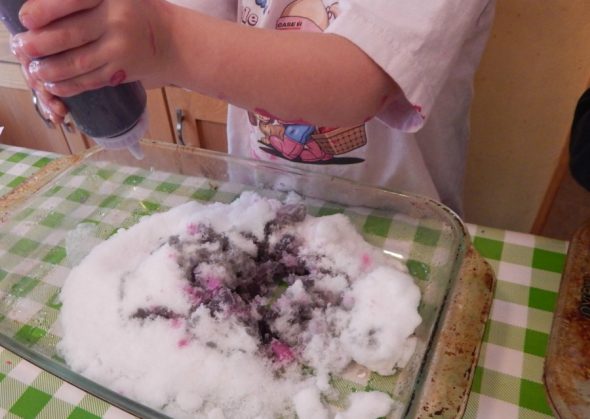 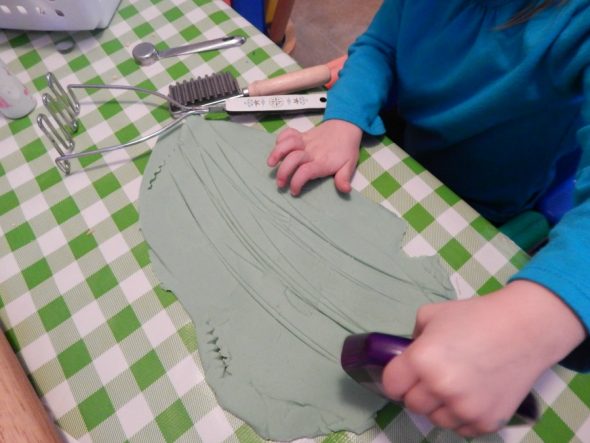 She and her older brother (age 4) both spent a long time using kitchen tools with play dough. This pizza slicer was a favorite. So was the potato masher. 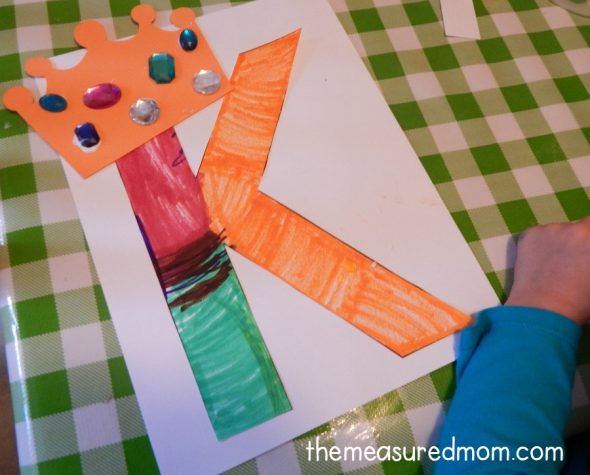 We did this traditional craft. She colored the block letter, and I cut it out. Then she glued the crown. I put glue dots to show her where to put the gems.

(Side note… of all our kids, she’s the first one to enjoy coloring this much at age 2. Her older sister and brothers would never have wanted to color in the entire K. And I wouldn’t have expected them to.) 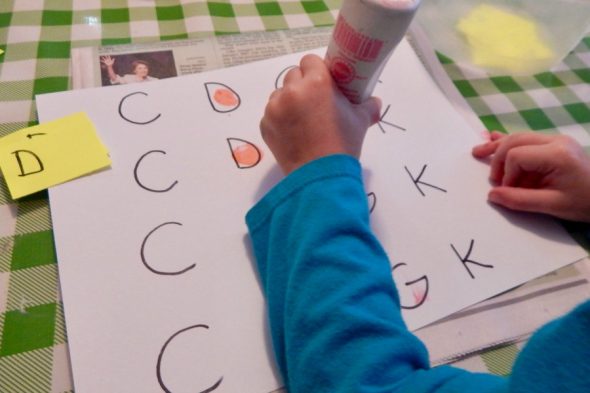 We played this fun letter recognition game. Even though my Two knows letter K, she still struggles to remember some of our previous letters. So I was glad to find this fun activity from Mom Inspired Life. 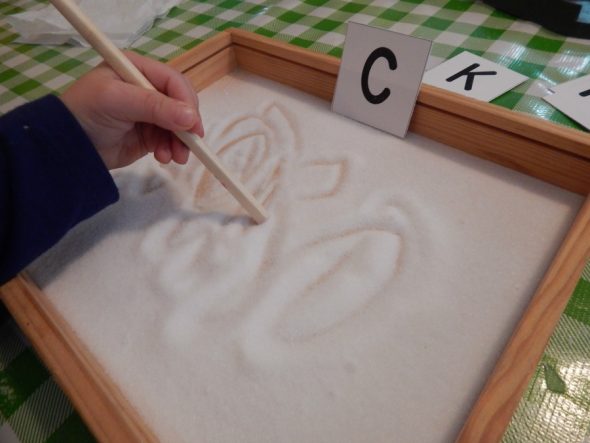 Finally, we spent time writing with a chopstick in a salt tray. I showed her the letter and invited her to make it. Some letters had no resemblance at all, like this one. 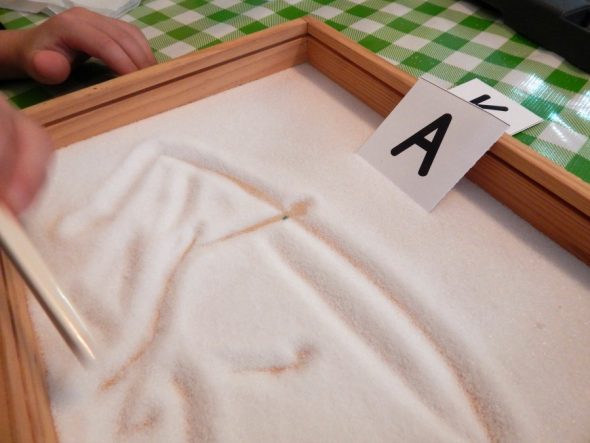 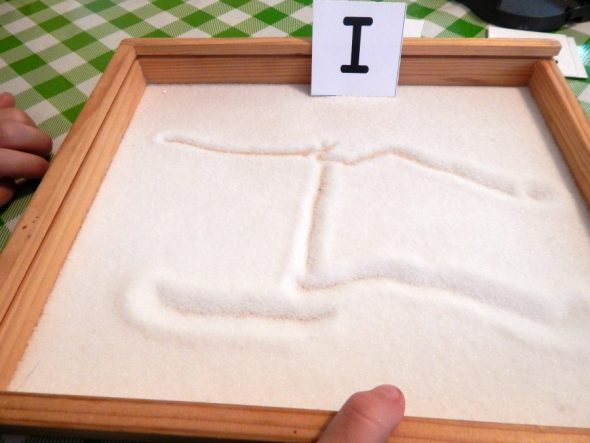 And some were nearly spot on, like the letter I.

I definitely don’t think two-year-olds need to do formal handwriting practice or know how to write their letters, but she’s been writing letters all on her own when she plays. So I’m starting to incorporate that into our learning. 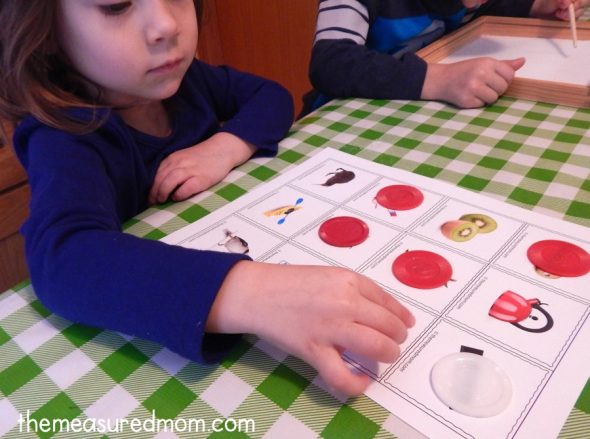 Our last activity was another vocabulary builder. I printed this page of pictures (get it in the free download below), and named each one. Then she covered the picture I named with a poker chip.

Check out our letter of the week curriculum! 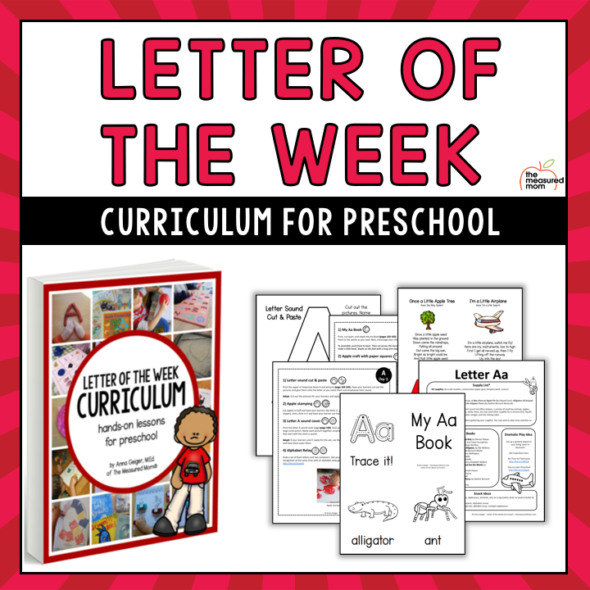 Letter E Activities for 2-Year-Olds A peek at our week: Letter A Activities Free Letter D Printable
Opposites board game
10 ways to use opposite cards