King Midas and the Golden Touch, by Charlotte Craft

This book is worth checking out for the illustrations alone!  Each page is like a classic painting.  We have this book in our own collection, and I’ve had to repair it a few times. My kids love the story about the king who loved gold so much that he wished for the golden touch — but when everything he touches, including his own daughter, turns to gold — he longs for things to be as they once were.

Kite Day, by Will Hillenbrand

This is a sweet book perfect for toddlers who listen for just a short while.  The sentences are brief: “Away, away, away spun the kite.”   The story is engaging (Bear and Mole create their own kite, only to have it dashed away in a thunderstorm). And the pictures are truly endearing.

King Bidgood’s in the Bathtub, by Audrey Wood

Normally I’m crazy about Audrey Wood’s books, but I think this one’s a little weird. Even though the book is extremely popular, I wasn’t going to include it — but my kids keep requesting it!  The repeating theme is “King Bidgood’s in the bathtub and he won’t get out!”  Each visitor who tries to remind the king of his responsibilities ends up sitting in the bathtub with him – to make battle plans, eat lunch, go fishing, dance… see what I mean?  A little weird.  But as usual, Don Wood’s illustrations are outstanding.

The King and the Three Thieves, by Kristen Balouch

This book is a retelling of  Persian folktale in which a king, disguised as a beggar, shares his dinner with poor ordinary men — who turn out to be thieves planning to rob the castle.  Each man has a magical power which will make the robbery successful.  But the king has a surprise of his own!  I love folktales – but it’s a bit of a stretch to say we loved this book.

Don’t miss this adorable board book about two bear cubs attempting to fly a kite.  Just a word or two per page will introduce your toddler to opposites. 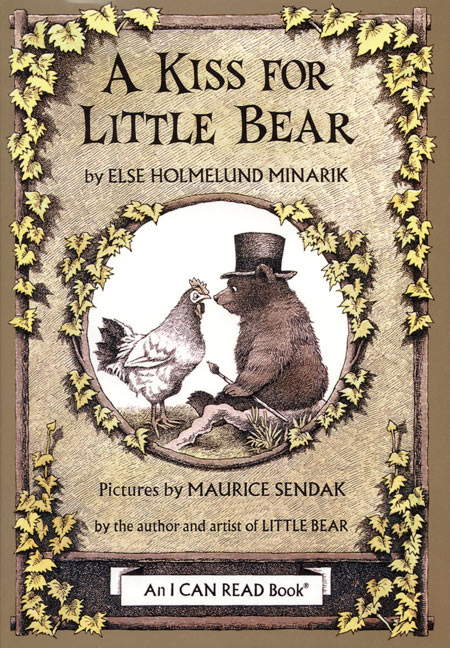 A Kiss for Little Bear, by Else Homelund Minarik

Little Bear gives an animal friend a picture to deliver to his grandmother.  His grandmother sends a kiss back to give to Little Bear.  The first animal tires of the journey, so he passes the kiss along to another animal, who passes it to another… until it reaches a skunk, who shares it with a female skunk – and she shares it back.  In the end the skunks get married. I think it’s a funny and cute story, but I was surprised that some Amazon reviewers felt the book was inappropriate for children.  Really? Animals passing along  a kiss? I still think it’s a cute book — and  I suggest you don’t read too much into it!

The King, the Mice, and the Cheese, by Nancy and Eric Gurney 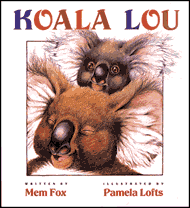 This book has been recommended for children who are expecting a new sibling.   Koala Lou is very much adored by all the animals — and her mother tells her every day how much she loves her.  Then other babies arrive… and Koala Lou’s mother becomes too busy to spend time with her.  Koala Lou competes in the Olympics to regain her mother’s affection, only to find out that she never lost it.

In this simple story, a Chinese family creates their own dragon kite to fly.  My kids and I have always loved Grace Lin’s bright illustrations.

Katy is a kangaroo with a pocket to carry her joey, Freddy.  She asks all the other animals how they carry their own offspring, until the owl advises her to go to the city — where she finds a workman who gives her his many-pocketed apron.  The story is slightly wordy, and it might bother you that the animals are from all different habitats and don’t actually live together in nature.  If you can get past both those things, it’s a cute book. My Three kept requesting it.

I’m not always a fan of picture books written by celebrites, but I think that John Lithgow has a gift for it.  His books tell unique rhyming stories with a plethora of new vocabulary.  This book is about a kangaroo who is unhappy with hopping.  “It rattled her brain.  It gave her migraine.”  (“What’s a migraine?”  asked my kids.)  So Sue tries to be like other animals instead, with disastrous consequences. In the end she learns that familiar moral: be content with who you are.

This book is the story of a fiesty little kitten who sees a bowl of milk in the sky and does everything she can to get it. The superb black and white illustrations won this book a Caldecott (best pictures) medal.  A favorite at our house!