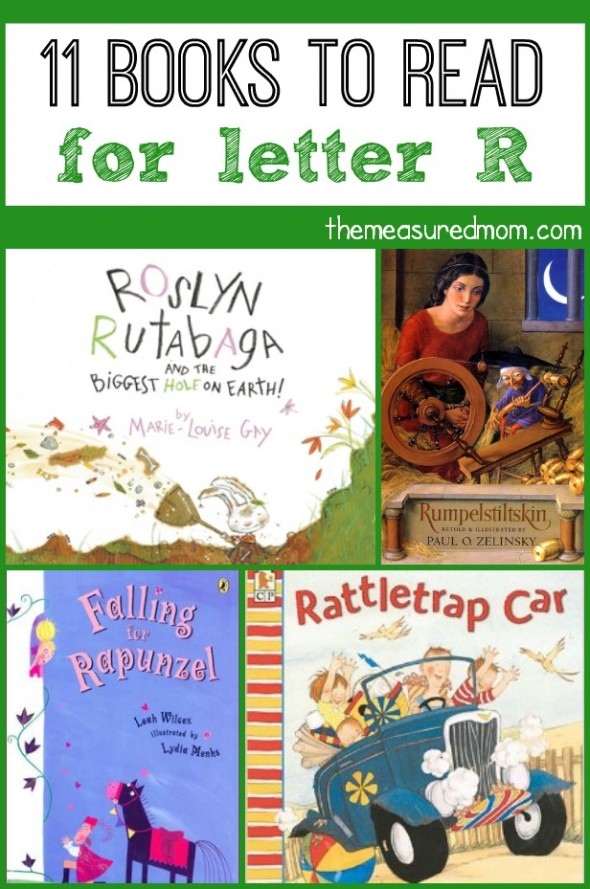 Marshall’s version of the classic fairy tales are just plain funny.  You don’t want to miss his goofy illustrations and hilarious dialogue.  My favorite line in this book comes after the woodcutter cuts the wolf open and Granny comes out, book in hand.  “It was so dark in there I couldn’t read a word!”

It’s nearly impossible to beat Zelinsky’s breathtaking illustrations and storytelling.  We love this version of the fairy tale and have read it many, many times.  It’s one to own!

Falling for Rapunzel, by Leah Wilcox

Absolutely hilarious.  We laugh every time we read this funny spin on the classic fairy tale.   When Rapunzel is having a bad hair day, she lets out a whine. The prince mistakes it for a call for help.  But Rapunzel misunderstands everything he says.  When he asks her to throw down her hair, she tosses out underwear.  He asks for her silky tresses and she throws down dresses.  In exasperation he asks for a rope… she throws down cantaloupe.  And so it goes, with a fabulous surprise ending.  A favorite! 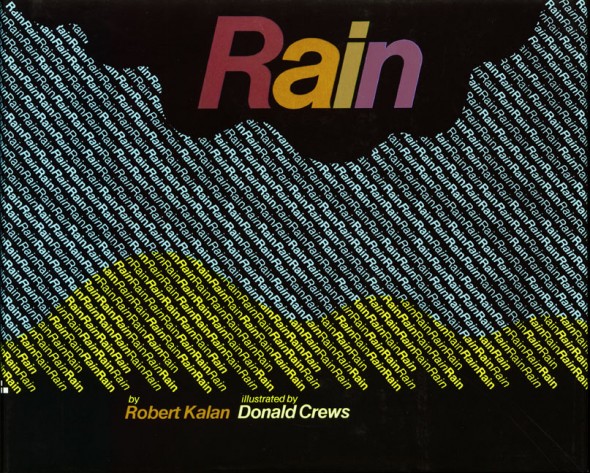 This is a very simple book about rain and colors.   It doesn’t have much to say, but the simple pictures by Donald Crews make it special.  My Four liked that he could read most of the book himself.

This is a completely unrealistic book that my toddler and preschooler asked for again and again.  Papa and the three kids are hot, hot, hot.  They want to drive to the nearby lake – but will their rattletrap car make it?

Along the way a tire falls off, the floor drops out, the gas tank falls off, and the engine comes out!  The family creatively mends the car using  chocolate marshmallow fudge delight as the glue.

Yes, it’s totally silly.  But the great pictures and rhythmic text will have your kids hooked.

A Rainbow of my Own, by Don Freeman

A little boy imagines what it would be like to have a rainbow to play with… and is delighted at the end of the story when the sun shines in his window and through his goldfish bowl, giving him a rainbow of his own.  It’s a gentle older story (1978) that still appeals to kids today.

This is a sweet story about a fiesty little rabbit named Roslyn. She bounds downstairs with plans to dig all the way to the south pole.  But it’s not easy to dig the biggest hole on earth, and repeated obstacles leave Roslyn discouraged… until her father joins her in the yard and lifts her up with his encouraging words.  Precious!

Oh, we adore Trapini’s books based on popular kids’ songs and nursery rhymes!  He adds additional verses and fun illustrations, and we sing them over and over again.  Love!

The Rainbow Fish, by Marcus Pfister

What’s your take on this book? I’m including it here because it is hugely popular and a modern classic.  But I’ll confess that I don’t care for it.  The rainbow fish has beautiful shimmery scales. He’s proud of them and is shocked when a small fish asks him for one.  When he loudly declines, the other fish stay away, and he becomes lonely and friendless.  Finally  the rainbow fish begins to share them his scales one by one, until he has only one left. Now he has friends and is happy.

Hmm.  Obviously there’s a moral lesson here, and I always get a little squeamish when a children’s book seems to be written just to share a moral. Seems almost sneaky, somehow.

But beyond that… what do I think about this moral? Should we have to give away part of ourselves to have a friend?  Is this book advocating conformity instead of being yourself?  Or maybe it’s just a sweet lesson about sharing.   Whatever the case, I don’t mind reading this book from the library — but if someone gave us a copy, I think I’d slide it into a giveaway box.

My Friend Rabbit, by Eric Rohmann

There’s not a lot of text to this book; it’s the award-winning pictures that gave this book a place in my list.  Mouse has a friend named Rabbit who always seems to be getting in trouble.  Like when Mouse’s airplane gets stuck in a tree, and Rabbit builds a giant tower of animals to reach it…

I just had to include a book about my favorite  bunny siblings, Ruby and Max.   Wells has written a huge collection, but I chose this one because it’s my favorite.  Ruby is going to make her grandmother a birthday cake, but Max keeps getting in the way.  Each time he spills something, she sends him back to the store for a replacement. Max really wants red hot marshmallow squirters for the cake he’s making, and every time he adds them to the list. But the grocer can never read his writing.   By the end of the book, he finds a solution.

I’ve read this book at least a hundred times, and I’m still not tired of it!