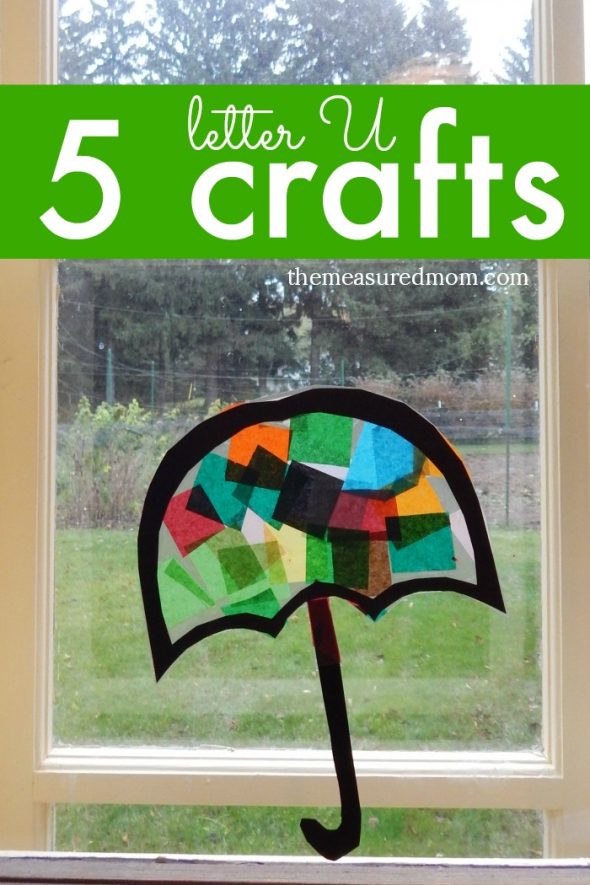 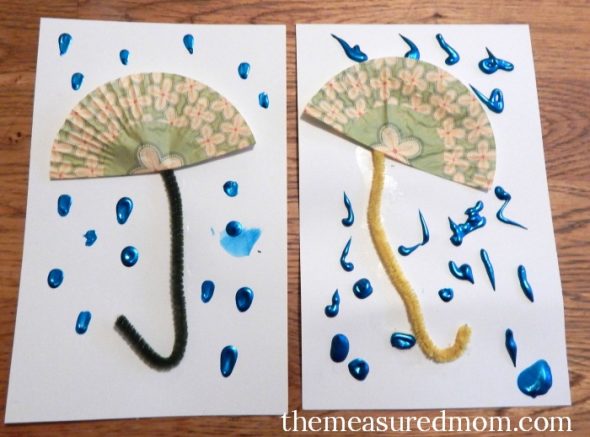 Family Crafts gave us the inspiration for this fun umbrella craft.  We decided to use blue puffy paint for the raindrops, which was a little tricky. You might be surprised that my Two did the neater project on the left; my Four did the one on the right.

But that’s because I was holding my Two’s hand while he squeezed the puffy paint, and my Four did it all on his own.  So be forewarned.  You might just decide to go with blue crayons!

U is for Underground 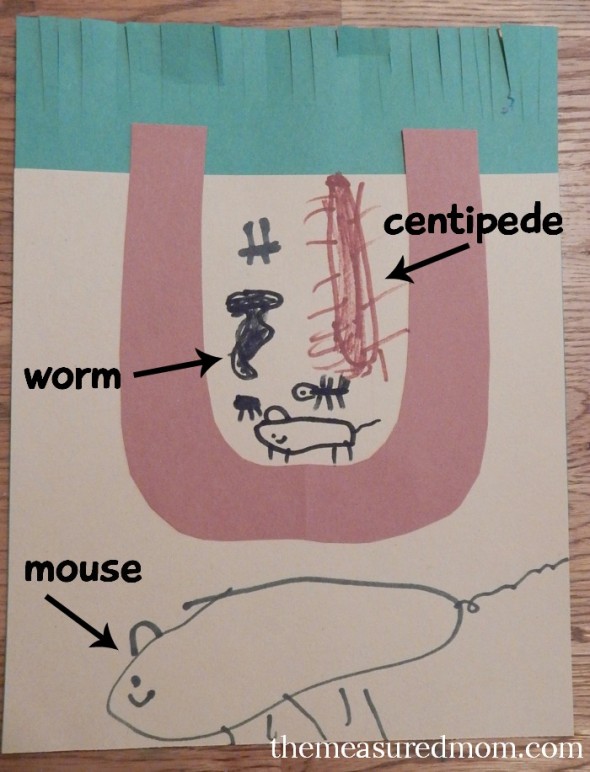 I put together the background, with the U hanging underground, but my Four did all the rest. We talked about underground animals as he worked.  He is a very independent worker and did wanted very little help or ideas.  This isn’t as pretty as some crafts, but it gets the prize for creativity!

U is for Underwater 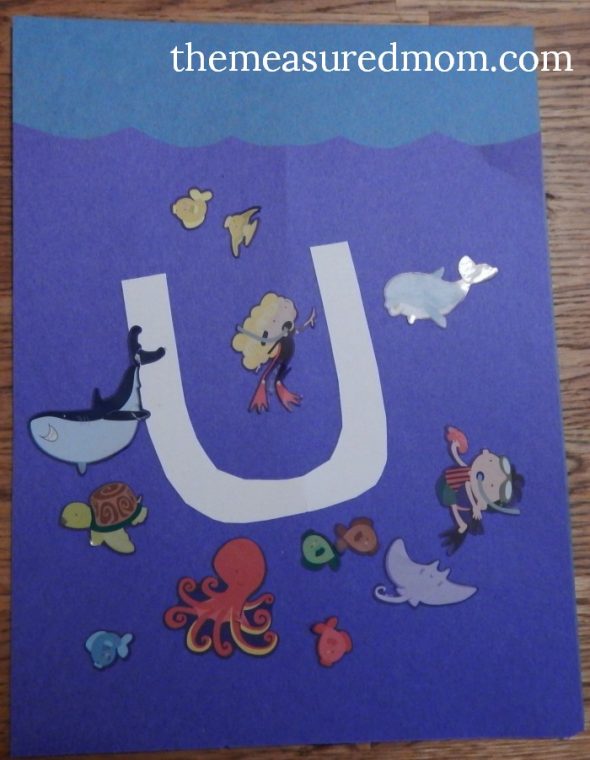 When I saw this underwater ocean craft at Mom’s Tot School, I knew it was just the thing for my Two.  He doesn’t draw yet (beyond lines and circles), so putting underwater stickers in the ocean was perfect for him.  It was a fun activity to do together, as I helped him name all the creatures he placed in the water. 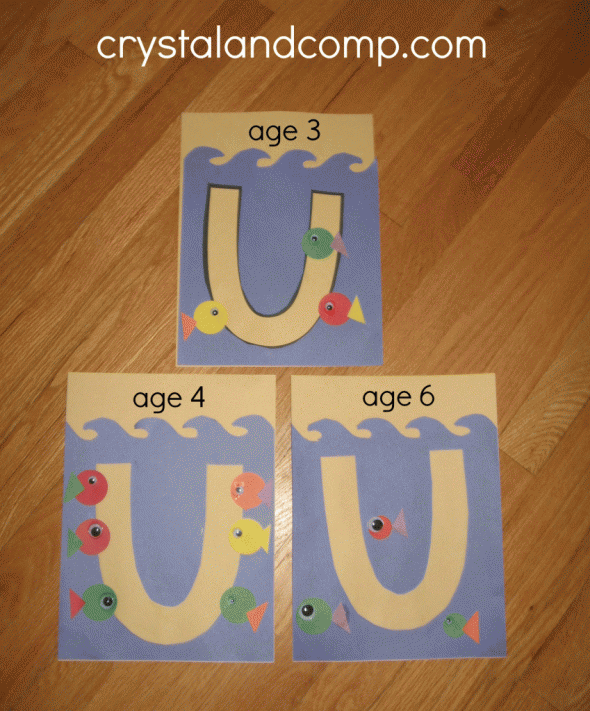 Here’s another underwater craft.  My kids and I did this over a year ago as part of a letter of the week craft series at Crystal and Comp.  Hop on over there to see how we did it! 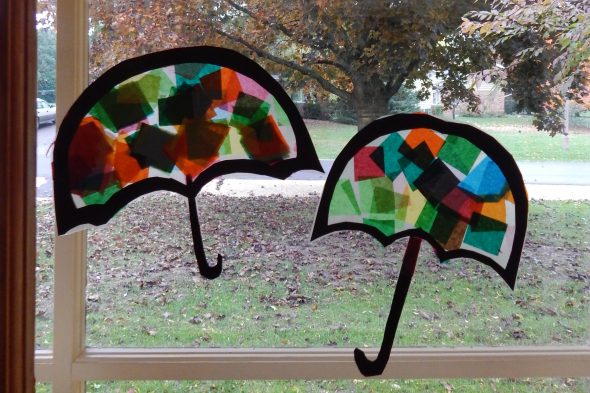 It’s been so dreary here I haven’t had a nice day for you to see the sun shine through our umbrellas!  But these really do sparkle on a beautiful day.

Our tissue paper umbrellas were very simple to make – I just cut out an umbrella outline on black construction paper and set it down on the sticky side of some contact paper.  My boys filled the insides with tissue paper squares.  Then they added the umbrella handle and I placed another piece of contact paper, sticky side down, on the project.  After I trimmed around the edges we had some pretty projects for our window.

For a picture tutorial on this sort of project, you can see the butterflies we made at Crystal and Company. 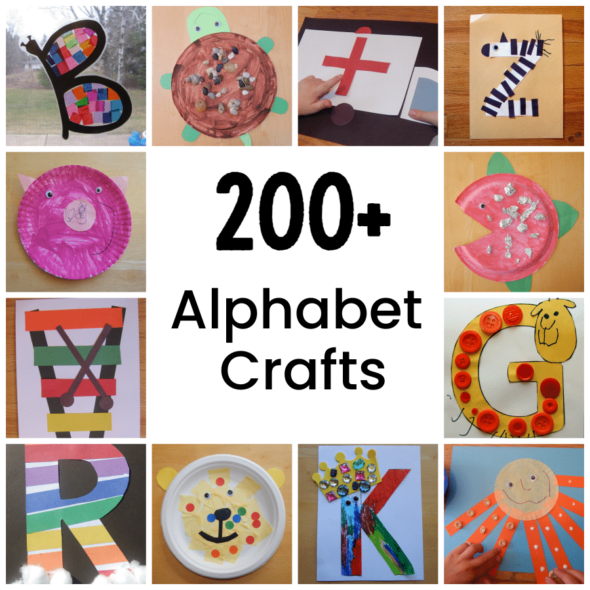