Last week, in our reading comprehension series, This Reading Mama wrote about teaching children to use their schema to understand what they read.  Everyone brings a different schema to the books they read, because schema is your background knowledge.  It’s shaped by your experiences, the people you know, and the books you’ve read.

Today we’re tackling another reading comprehension strategy: making connections.  I’ll show you how to help your child or students make connections from their own lives to what’s in the text.  This simple strategy goes a long way in  helping them understand and remember what they read. 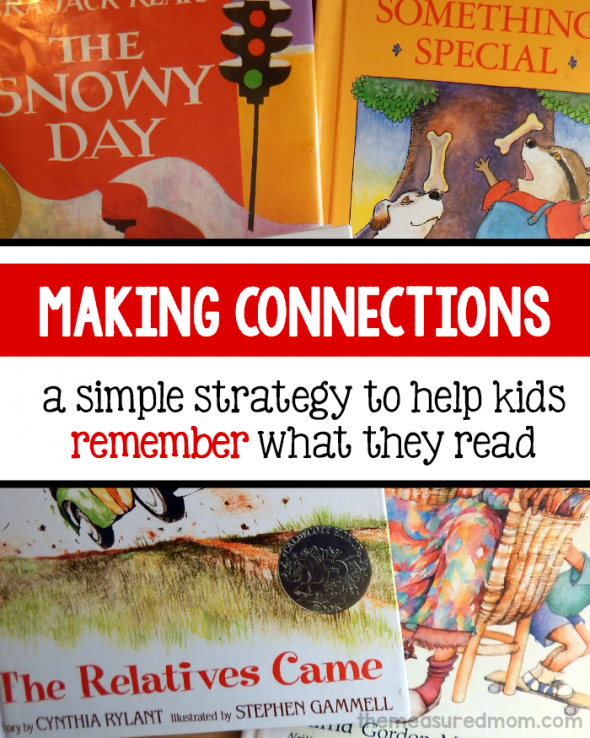 When we talk about making connections, we usually think about three types.

Today we’ll talk about the simplest and most natural one to teach: text to self.

Why is it important to make connections?

When children make connections between a book and their own lives, they feel empathy for the characters and become invested in the story.  They have an easier time remembering the story when they feel a personal connection.

Later, kids begin to make connections between books they’ve read.  Eventually they’ll be making connections to the world.  This opens the door to some big concepts and understandings. 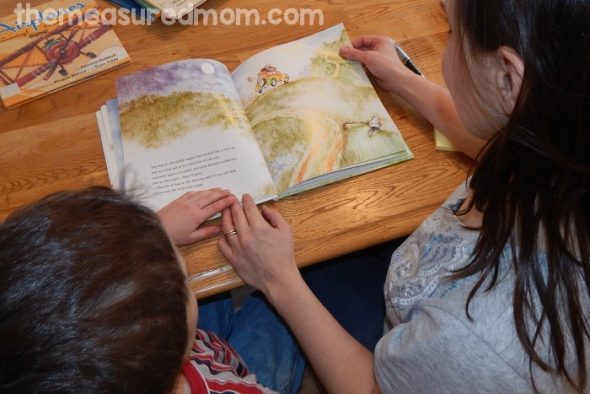 I knew right away what book I would use to teach my son how to make personal connections.  I chose Cynthia Rylant’s The Relatives Came, an instant favorite the first time I read it because of how much it reminds me so much of my own childhood.

Today I want to show you a strategy that good readers use to help them understand and remember what they read.  While they’re reading, they make connections from the book to their own life.  This can help them understand the characters and be more interested in the story.

I’m going to show you how to use this strategy with one of my favorite books.  It’s called “The Relatives Came.”  The first time I read it, I couldn’t believe how much it reminded me of my own life!

Normally when I read, I think inside my head.  But I want to help you understand what I’m thinking.  When I read from the book, I’m going to hold it up like this.  When I set it down, I’ll be thinking out loud about what it reminds me of.  Are you ready?

I began to read.  “It was in the summer of the year when the relatives came.  They came up from Virginia.  They left when their grapes were nearly purple enough to pick, but not quite.”

I put the book down.  “This family is from Virginia just like mine was!   Every other summer we took a long drive up north to see Grandma and Grandpa and all our cousins.”  Then I wrote my personal connection on a post-it note. 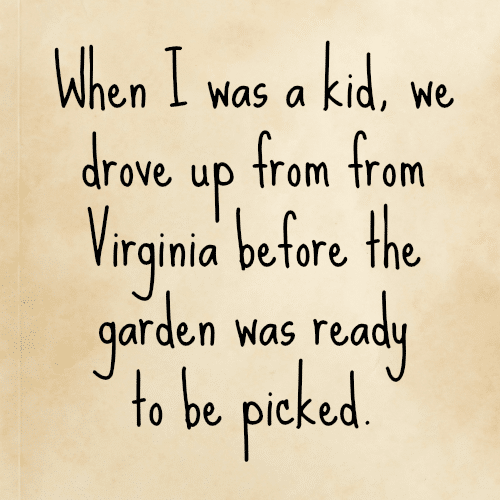 I put it on the page and kept reading.  “They had an old station wagon that smelled like a real car…they left at four in the morning when it was still dark, before even the birds were awake.”

I put down the book.  “I know just how they feel, leaving early in the morning, because my dad would always wake us up really early when it was still dark.  We’d curl up in the station wagon with blankets and fall back asleep.”  I wrote my connection. 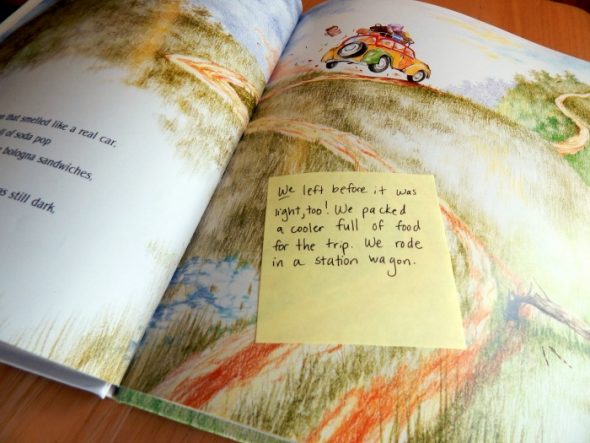 As I read through the book, I stopped several more times to make connections and post them in the book. 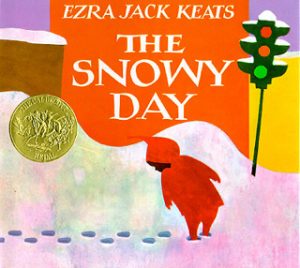 Now it was time for my son to have a turn.

Let’s look at a book you’ve read before . It’s about Peter and the day he gets to play in the snow.  As you read it aloud, stop to think about connections to your own life.  You can write them on these post-it notes.

Instantly my son was teary and resistant.  “It’s not anything like my life! I hardly ever play outside in the snow.  There’s nothing the same.”

“What are you talking about?  You play outside in the snow all the time, even when it’s super cold out.”

I had thought that sitting next to him would be enough support, but it would have been wiser to tell him we would take turns making connections. I was releasing responsibility for the strategy too quickly.  He needed more guided support.  Learn from my mistake, okay? 😉

Page after page, he denied any connections to the story.  I was about to give up when he turned the page and read about Peter and a snowball fight. 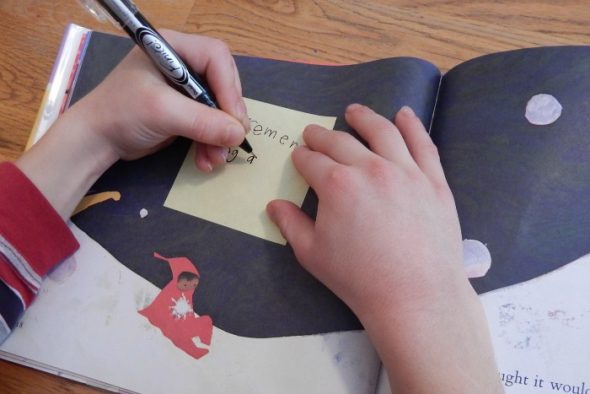 He grabbed the post-it note and pen.  “I remember having a snowball fight with my mom.” 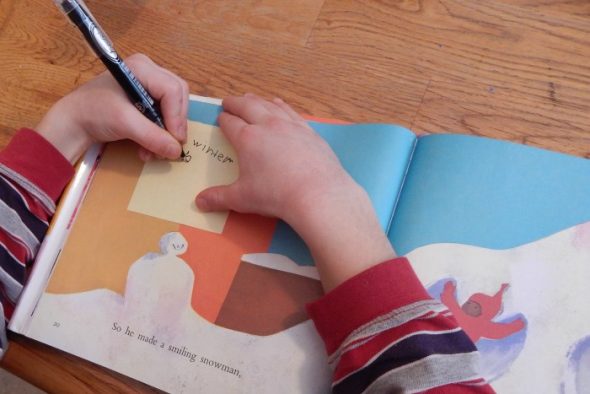 “Last winter we made two snowmen.”

Now he was enjoying himself!

For the final part of our lesson, I wanted to demonstrate the difference between connections that helps us understand the story better and those that make us think about something different.  While my son was doing a good job, I know from experience that that young readers often make connections that lead them on a tangent unrelated to the story.  For example:

We read one more book. 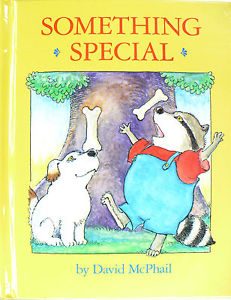 Something Special, by David McPhail, is about a little raccoon named Sam whose family members each have something they’re very good at.  But Sam is discouraged because he seems to fail at everything he tries. Finally Sam discovers that he loves to paint.  “Sam’s family thought that being able to paint was something special… and so did Sam.”

After we worked together to make connections, I brought out a simple printable.  We pulled out each of the post-it notes and talked about whether they helped us understand the story better or just made us think about something else. 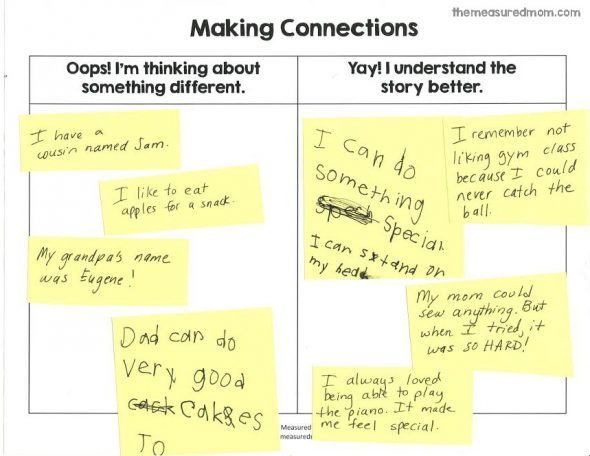 Here’s what we came up with.  This simple extension really got us thinking deeply!

Get the free printable HERE.

Younger readers can make connections too

The lesson as I’ve described it is great for kids in first through fourth grade.  But younger children can make connections verbally or by watching you write them down for them.  As you read to your toddler, preschooler, or kindergartner, pause to let your child make connections.  Be sure to make some of your own.

You’ll probably find that preschoolers are exceptionally good at making distracting connections. 😉  Encourage any sort of connection until your child is mature enough to distinguish meaningful connections from those which are not.

Realistic fiction (even with animal characters) or memoirs are perfect for helping children make connections.  Choose a book with a character your child can relate to.  Here are some possibilities.

Check out the rest of our series! 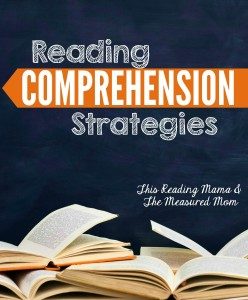