Looking for a rhyming words game to help your child master this important skill? Today I’m sharing four of them! 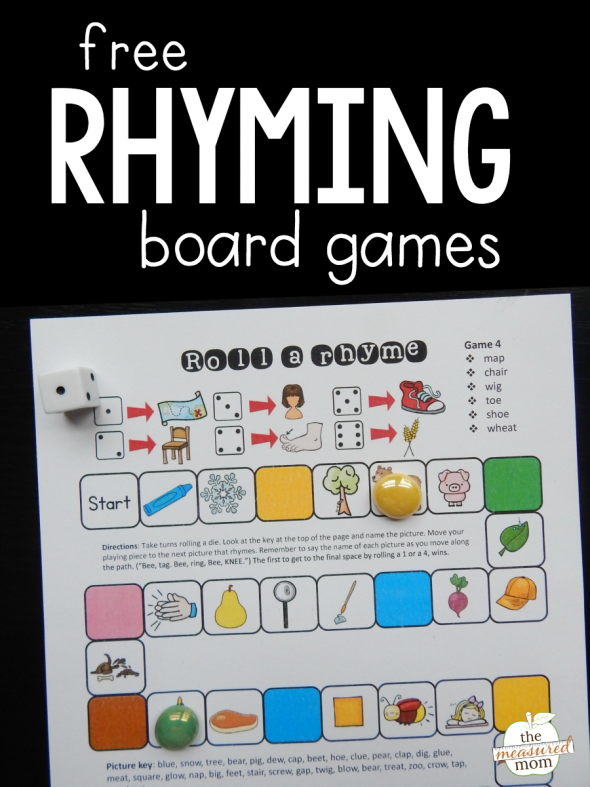 If you’re a long-time reader, you know that I talk about rhyming a lot.

It’s just one of those big-time important skills.

It’s been a while since I shared a new rhyming words game, so I thought it was time!

Did you know there’s a reason that most of my learning activities are games? It’s because my kids aren’t interested in a lot of worksheets or seatwork. If I’m going to take them away from their play for a mom-directed activity, they want it to be fun. And my current preschooler (our #4)  is one of the very hardest to please.

I decided to make another Roll-a-game because we’ve had success with them in the past.

Sure enough, when I pulled out the game, this notoriously grumpy boy announced, “Yay! I love this kind!”

So if you appreciate these games, you have him to thank. 😉 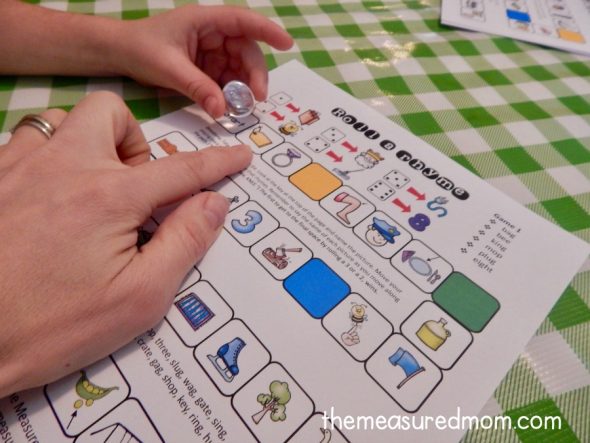 I will admit – a tricky thing about making these games is making sure kids can identify the pictures right away. There are only so many easy-to-identify pictures. Since some of them are confusing, I included a picture key right on the game board.

I recommend you do what we did: go along the path and name all the pictures before you begin the game. You might need to remind your child of a few pictures later in the game, but this will cut way down on potential frustration. 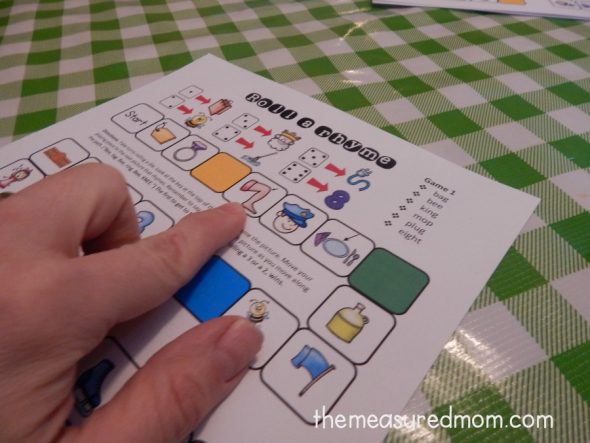 After my son rolled the die the first time, we checked the picture key. Since he rolled a 2, the word was “bee.”  We went down the path, saying each picture name along with “bee.”

He left his playing piece on “knee.” 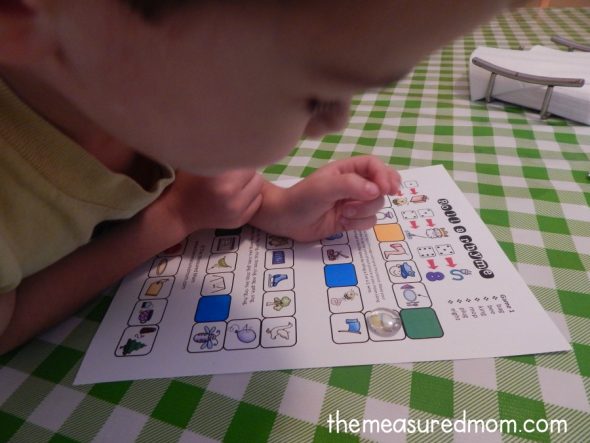 The more we played, the more he was able to find the rhyming word all by himself. 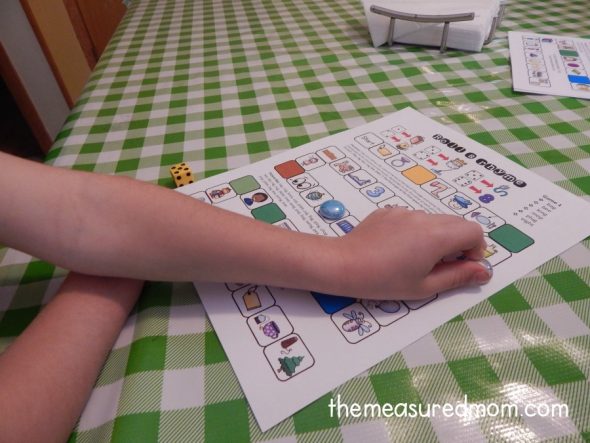 After we finished, he requested a second game. We grabbed a different game board and had some more fun rhyming practice.

I plan to pull out the other two board games on a different day.

We hope you enjoy these games!

Get your free roll a rhyme games!

Members of The Measured Mom Plus get access to even more resources – including a giant printable library, video trainings, and no-print resources.