The predicted rain held off this week, and we’re finally getting outdoors!  Instead of doing math at the table we played an active outdoor math game for preschoolers. 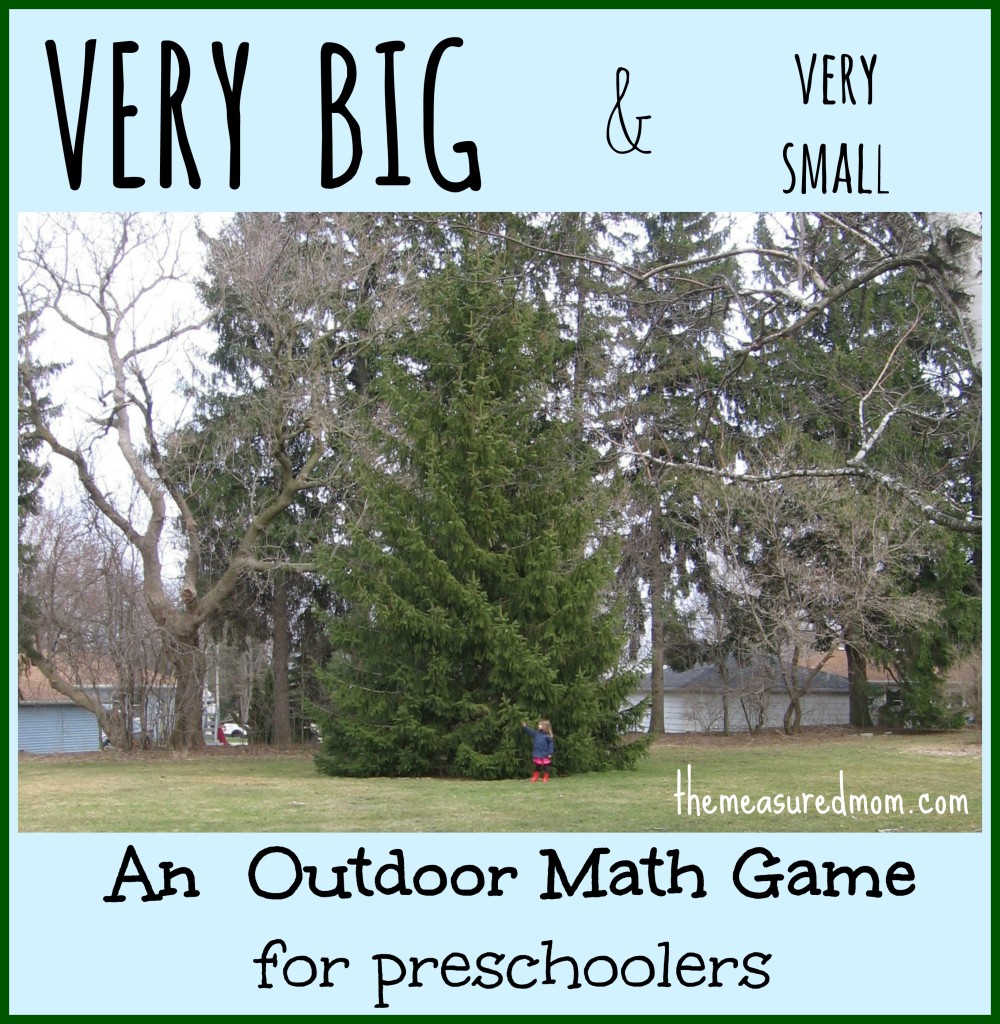 The other day as the kids played outside I told them to point out things that were large, small, or their same size. I noticed that my Two (almost three) didn’t have a great concept of “very big” and “very small.”  To him, the bicycle was very big.  Very small was a basketball.  I wanted to create a game that would give him lots of practice examining and comparing sizes.

I created a set of action cards to give our game some direction:

These action cards are, of course, completely optional, but I liked using them for a few reasons:

1) I did my thinking beforehand and didn’t need to think of something on the spot.  I’m sure many of you have way more brain power than I do, but I am seriously beat by the afternoon.

2) It gave my daughter something to read.  This made her happy — and since she’s the oldest, her attitude often leads the way for her little brothers.

3) As the kids took turns choosing action cards, it gave them the feeling that they had some power in the game.

4) It gave the game some direction.  At a few different points both my Two and Four decided to quit playing.  But when they realized it was time to draw another card, they eagerly returned.

5) Okay, I have to say there are some pretty phenomenal mom bloggers out there with nary a printable to be found.  But I can’t help myself.   They’re just so clean, neat, and — well, printed!  I started making them on a manual typewriter when I played school as a kid.  Later I typed my eighth grade study guides on an electric typewriter, and in high school I charged $1 a page to type my friends’ reports on a word processing typewriter.  Now that technology has advanced so much, how can I help myself??

I printed the cards on bright paper, cut them apart, and put them in a container. 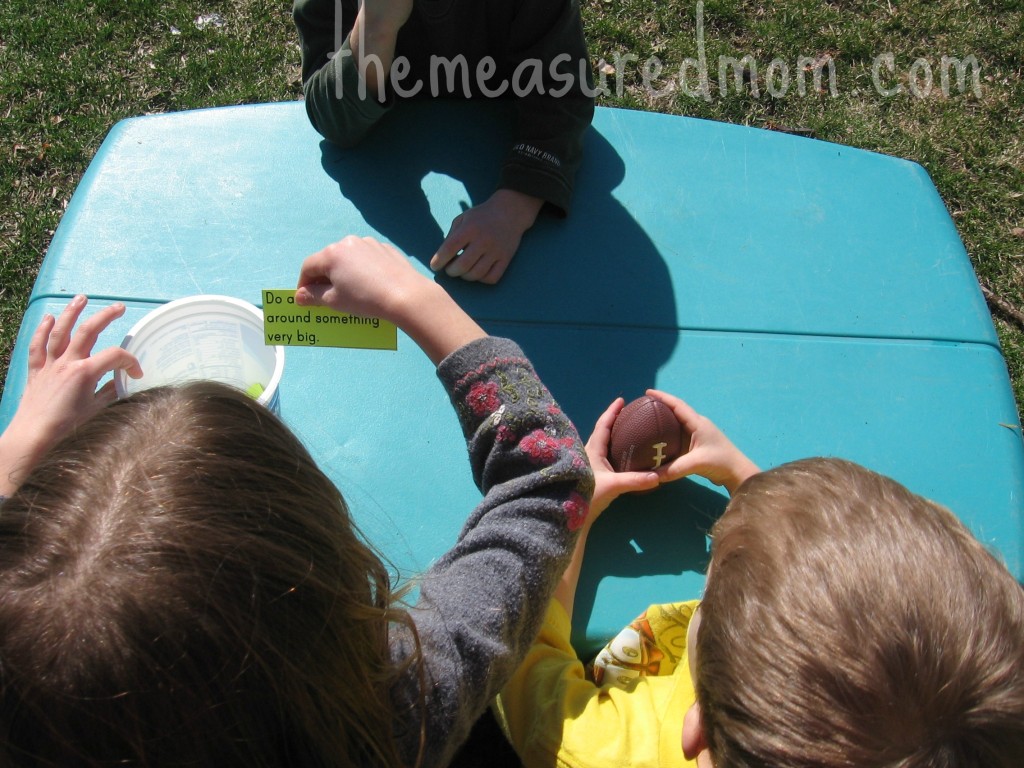 The kids took turns drawing a card. My Five read them aloud. 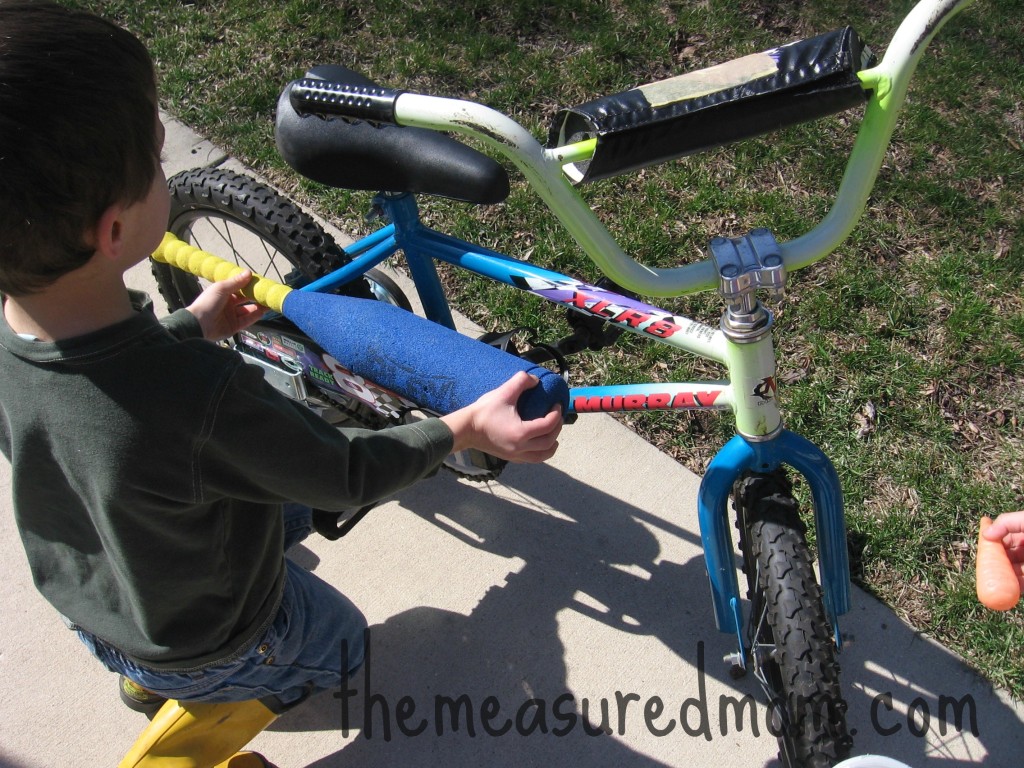 “Find something smaller than a bike.” 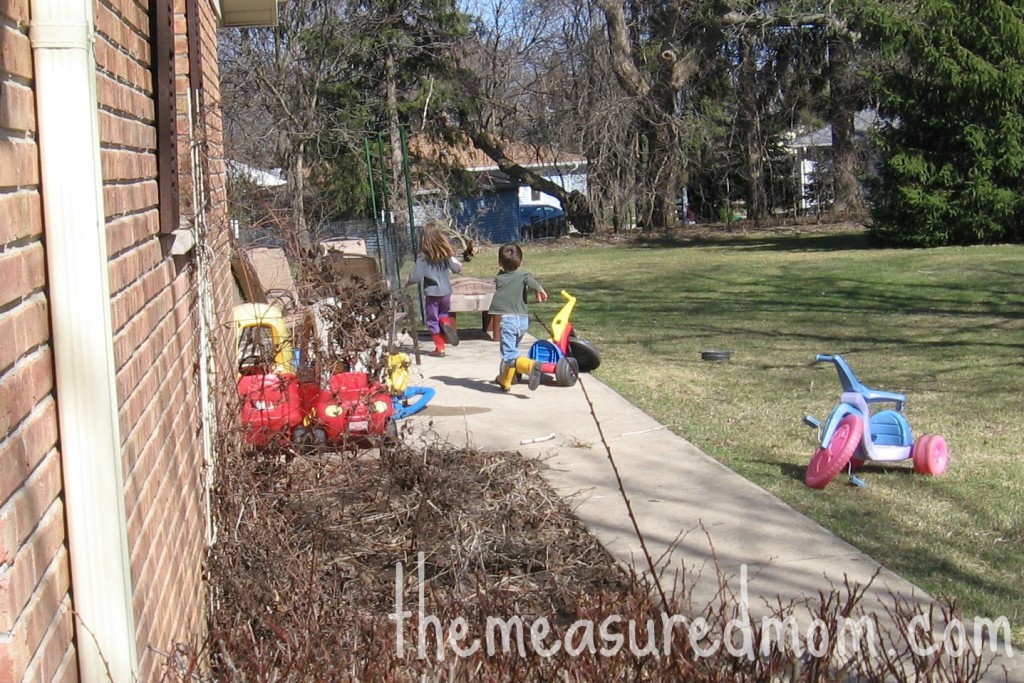 “Run around something that is very big.” 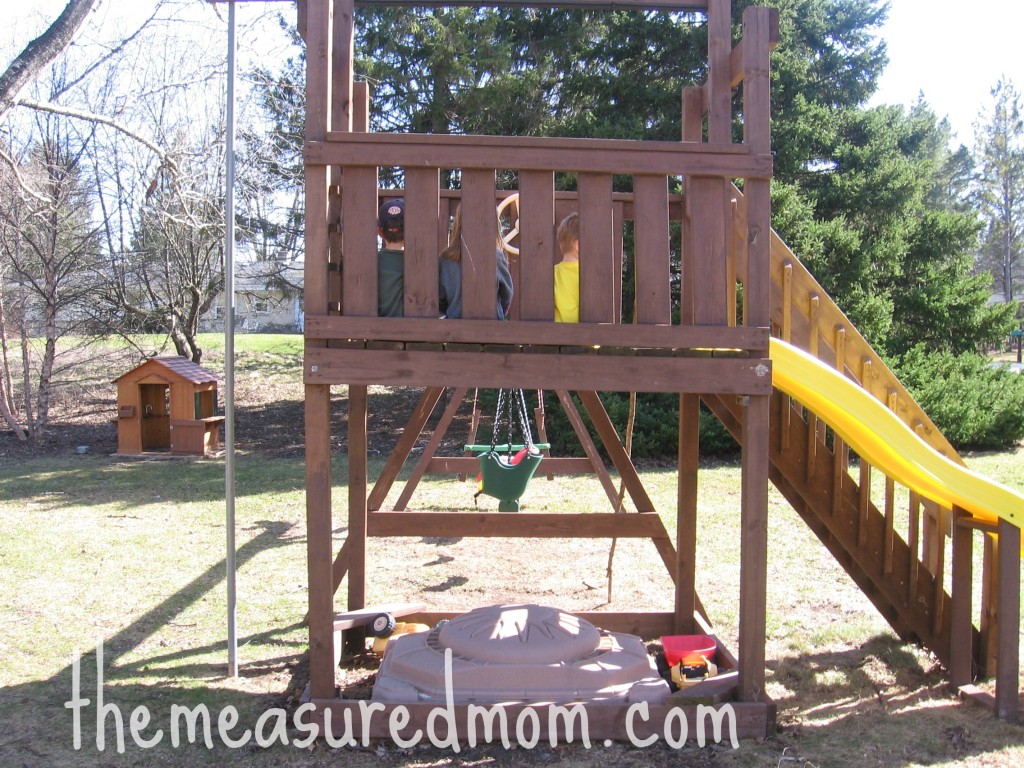 “Sit on something that is very, very big.”

This game kept us busy for a while.  How did it meet the  needs of each of my kids?  It gave my Five some fun time with Mom.  It was an energy burner for my Four (and he always needs one of those!).  And it was a real learning opportunity for my Two.  By the end of the game his concept of size had really improved. 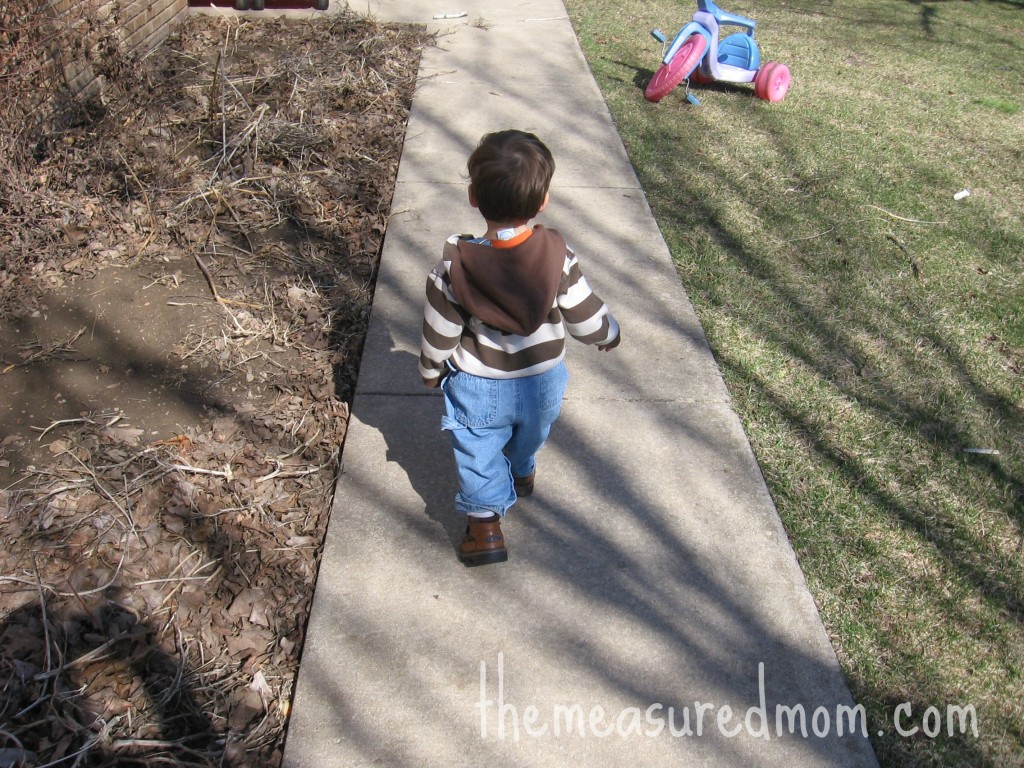 And my One enjoyed the action —  while he did his own exploring.

This kind of game is great for spur-of-the-moment outdoor fun or a planned math lesson.

Get your free action cards HERE.