Your young learners will love this set of simple board games that build phonemic awareness! 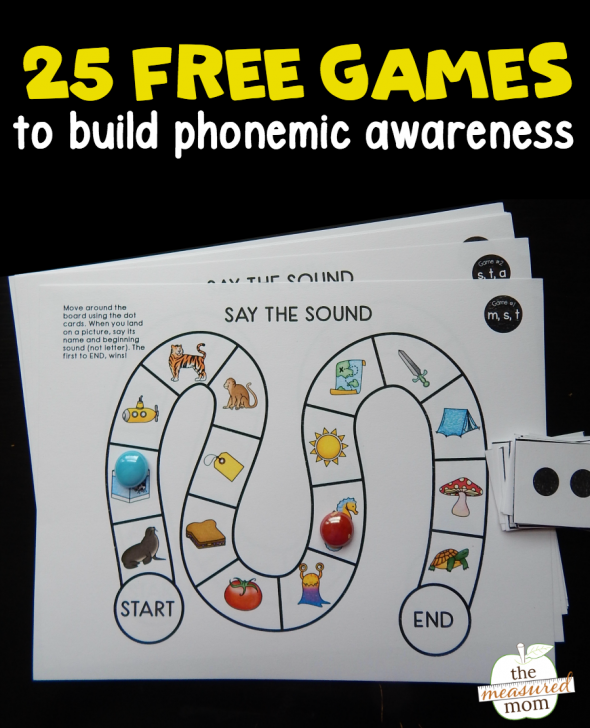 What does it mean, anyway?

It’s a scary-sounding phrase, but it’s really not that complicated. It has to do with hearing and manipulating sounds in words. While some phonemic awareness activities may be used alongside letters, most of them don’t.

If you ask a child to tell you the beginning sound of sandwich, and s/he says sssss, that’s great! Isolating beginning sounds is one key component of phonemic awareness – and it’s exactly what we’re going to focus on with this set of games. 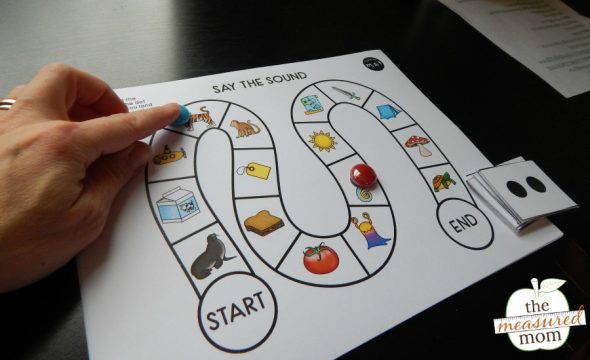 This hasn’t been true of my Three (almost four). Thankfully, she’s catching on with the playful activities and games that I’ve been sharing over the past few months. 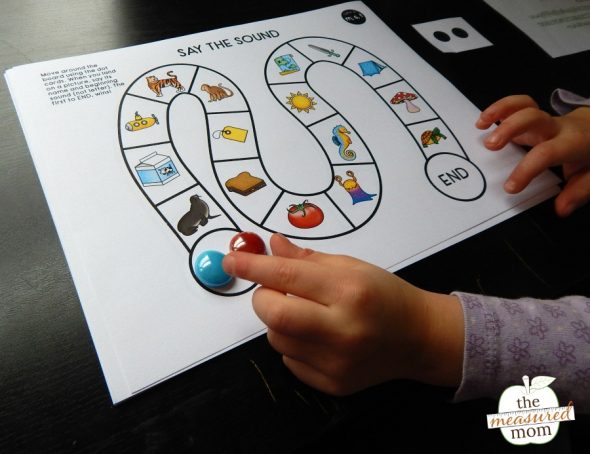 How to play the games 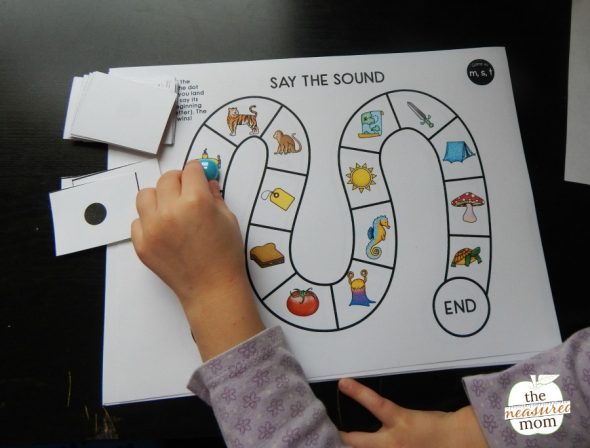 When my Three landed on a picture, she often stretched that initial sound instead of isolating it. For example, “Milk. Mmmmmilk.” Or “Sandwich. Ssssandwich.” Fine by me! My goal was for her to hear and identify that beginning sound – and she was doing it! 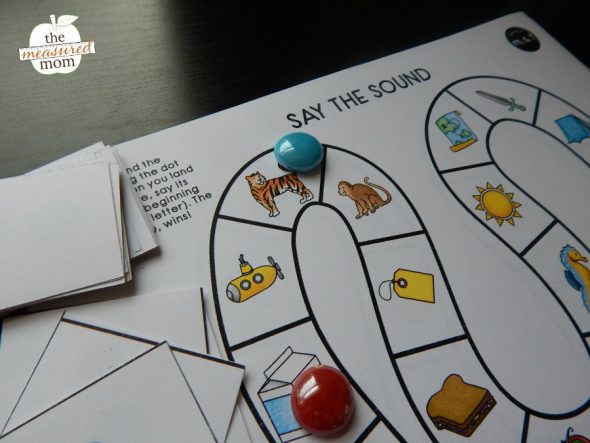 Sometimes she was frustrated and didn’t want to try. Tiger was hard for her. Can you guess why?

It’s because /t/ is not a continuous sound. Mmmmmmm and Sssssss were the other two sounds featured in the first game and were much easier.

When she hit a roadblock, she told me to do it. So I did. 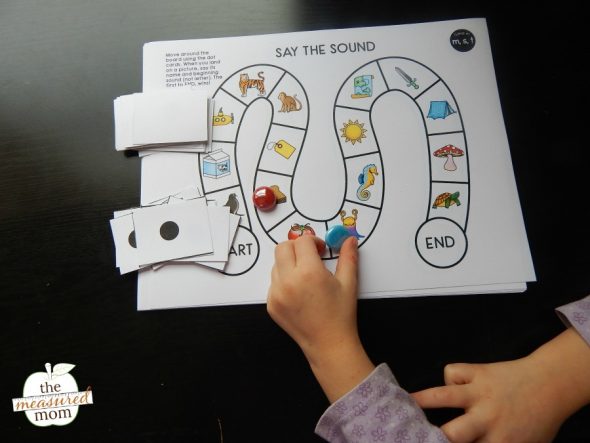 I chose to use those dot cards because my Three isn’t real quick at knowing the dots on a die yet. Another reason is that it’s a short game board. If your learner rolls a six three times, the game is over!

The dot cards gave her just enough turns without a single game overwhelming her. 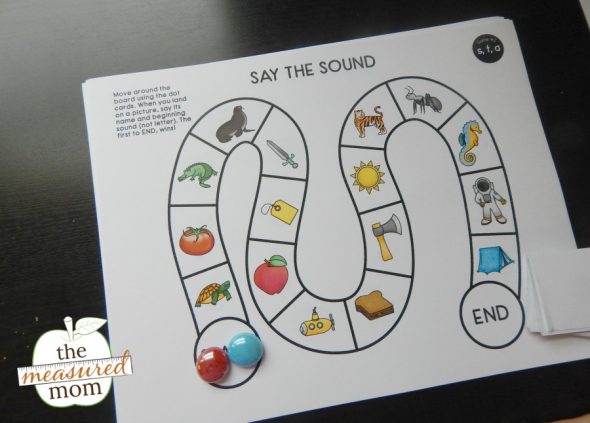 After we played one game, she was willing to play one more. Each game adds a new letter’s sound and bumps one sound off. So for example, the first game featured the sounds of m, s, and t. The second game features the sounds of s, t, and a. 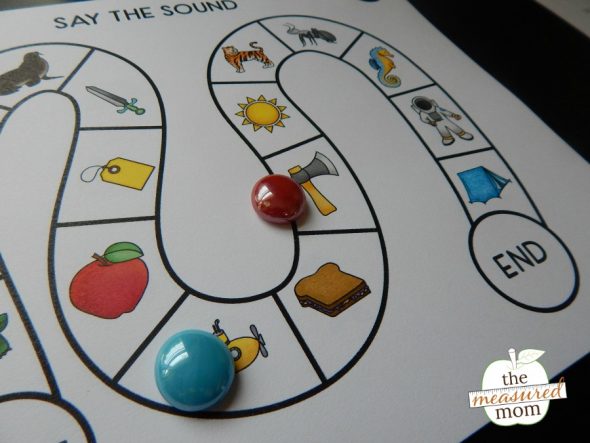 I would say that she isolated (or stretched) the beginning sound correctly about 75% of the time. By the time we were finishing (after about 5-10 minutes), she was tired and gave up quickly. Ax (pictured above) was too hard.

So what do you think? Will these work for your learners? I hope you enjoy the 25 free games you can get in the download. These games come in color, but feel free to print in grayscale if you’d like.

Get your free phonemic awareness games!