Today you can download a free game of Go Fish to practice those tricky r-controlled vowel words. 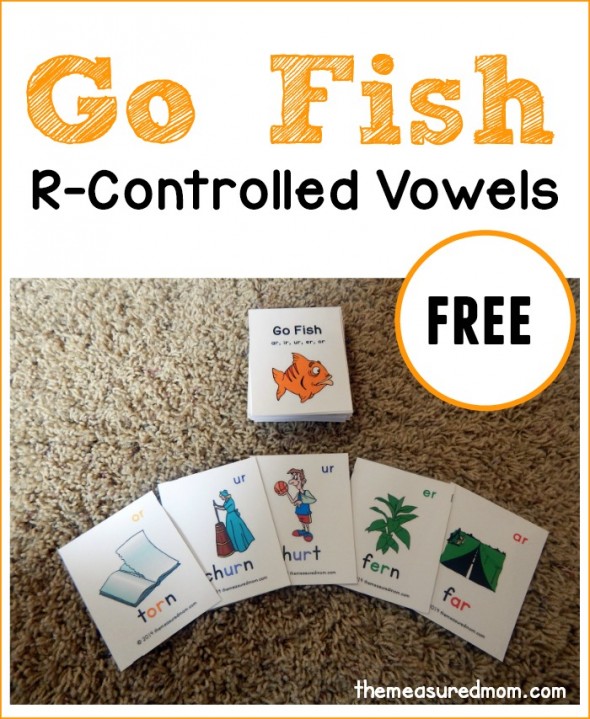 I’ve been sharing free phonics readers for over a month now.  Sometimes my early reader needs some extra work on a particular phonics pattern.  I created this set of r-controlled vowel Go Fish cards to help him with those tricky letter combinations: er, ur, ar, or, and ir. 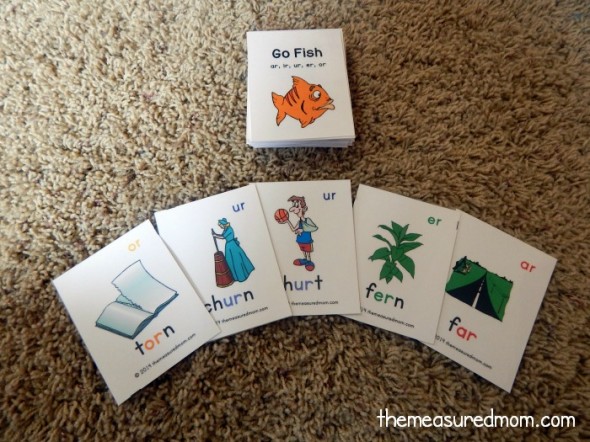 Feel free to make up your own rules!  This is how we played:

1. Pass out five cards to each player.  Put the rest of the cards face down in the center pile.

Depending on the ability of the players, you might play with the cards face up.  Since my little guy is just a preschooler, we played this way.  It allowed me to help him out and kept the game from getting too frustrating for him.

Children who are reading these words without too much difficulty will want to keep the cards close to them. 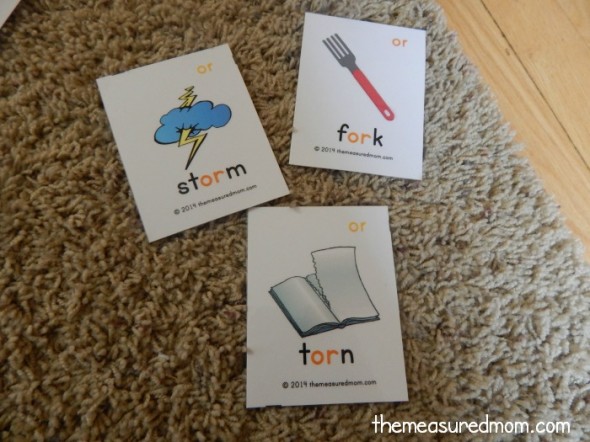 2. Before the first player begins, each player may make a set from his hands and place it in a pile in front of him.   A set is three cards with the same r-controlled vowel.

You’ll notice that I put pictures on each card.  I emphasized that when my son made a set, he needed to read the words aloud.  Since these phonics patterns are new (and difficult), I wanted to give him a lot of support. 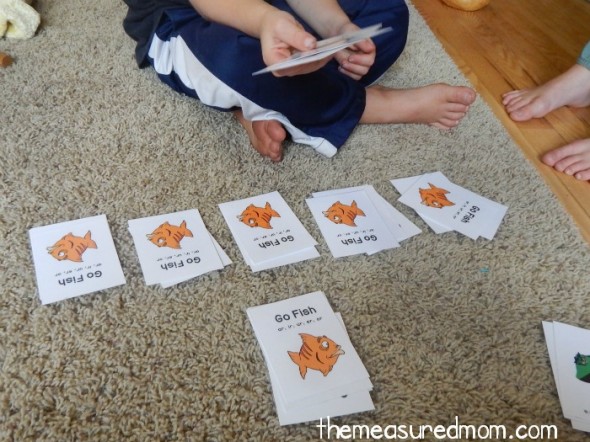 4. When a player runs out of cards, he draws five cards immediately if it is his turn.  (If it’s not his turn, he waits to draw five more cards.)  He may not put down a set from the cards he draws – even if he has three of a kind.  (This was a little confusing for my son, so I ended up letting him make a set from these 5 cards.)

5. When there are no more cards in the center pile, players may continue to ask each other for cards until no more sets can be made. Players may then make sets from the remaining cards in their hands.

6. Whoever has the most sets, wins. 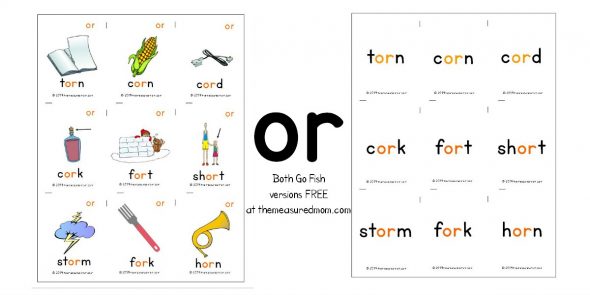 The download comes with five pages of words and five pages of fish for the fronts of the cards.  The first set has pictures; the second set has just the words.  Those little black lines are to help you cut the cards evenly.

If I were playing this with a more experienced reader, I’d use the second set.  You might want to play with the first set until your child is starting to recognize r-controlled vowel words in his reading. Then switch over to the set without pictures.

There are nine words for each pattern, for a total of 45 cards.  The file includes both sets. Print the pages front to back to get the fish on the opposite sides — or just print the even numbered cards (page is my Terms of Use).

Get your free Go Fish game!

Get our phonics books and games for long vowel teams, r-controlled vowels, diphthongs, and more!

Before, during & after guided reading activities CVC & CVCE words Make a movie in your head! (a visualizing strategy)
All about me! (fabulous science activities from Our Time to Learn)
Rhymes for letter S (free letter book)