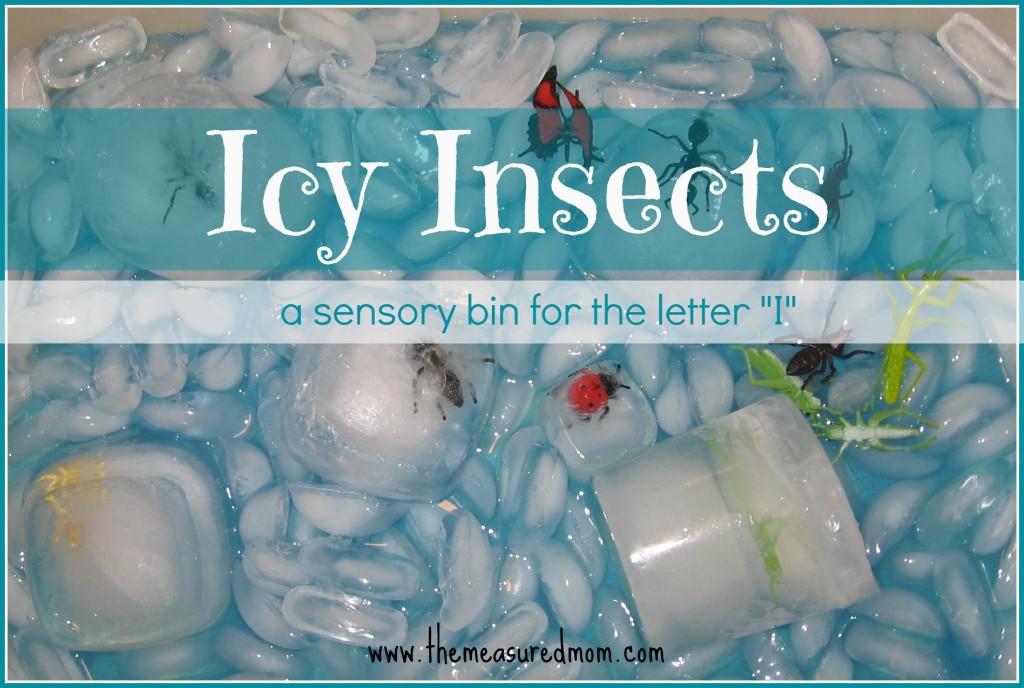 We’re moving through the alphabet and have done a sensory activity for each letter.  What to do for the letter I?  I decided we’d make an insect sensory bin – and throw in some ice to make it even more interesting!

The day before, I froze some containers that were filled halfway with water.  A few hours later I added a plastic bug and more water to each container.   Today we had icebergs with bugs frozen inside! 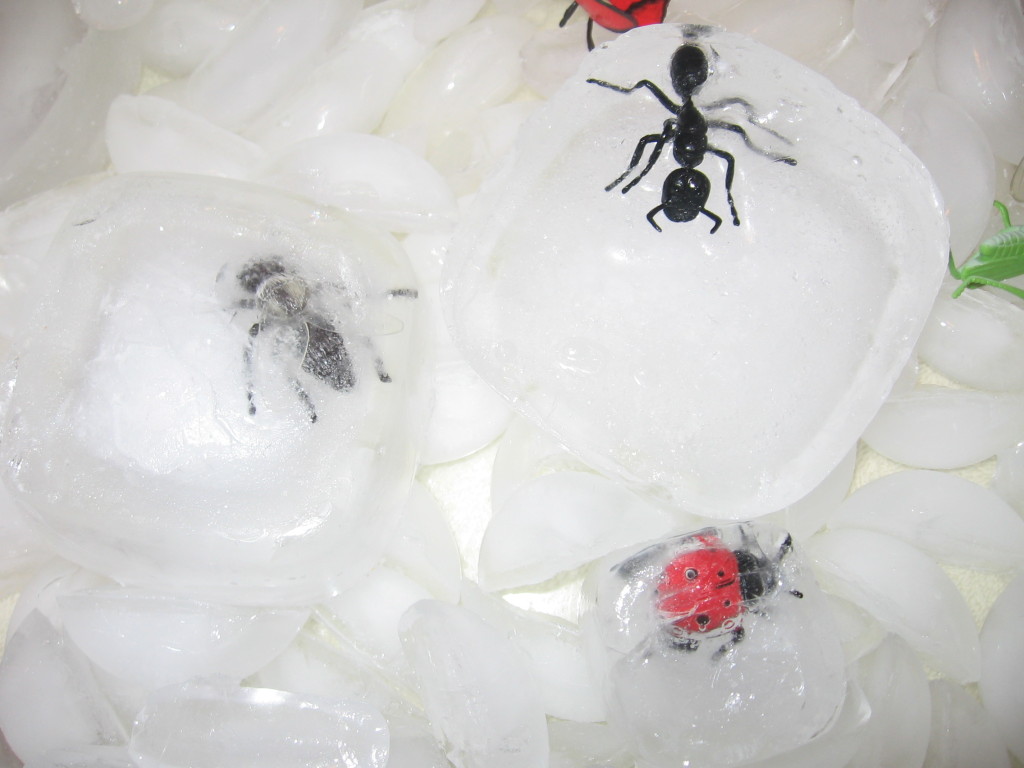 These bugs were from the Safari Ltd Insects Toob.  I left out the spider and other bugs that are not insects :P. 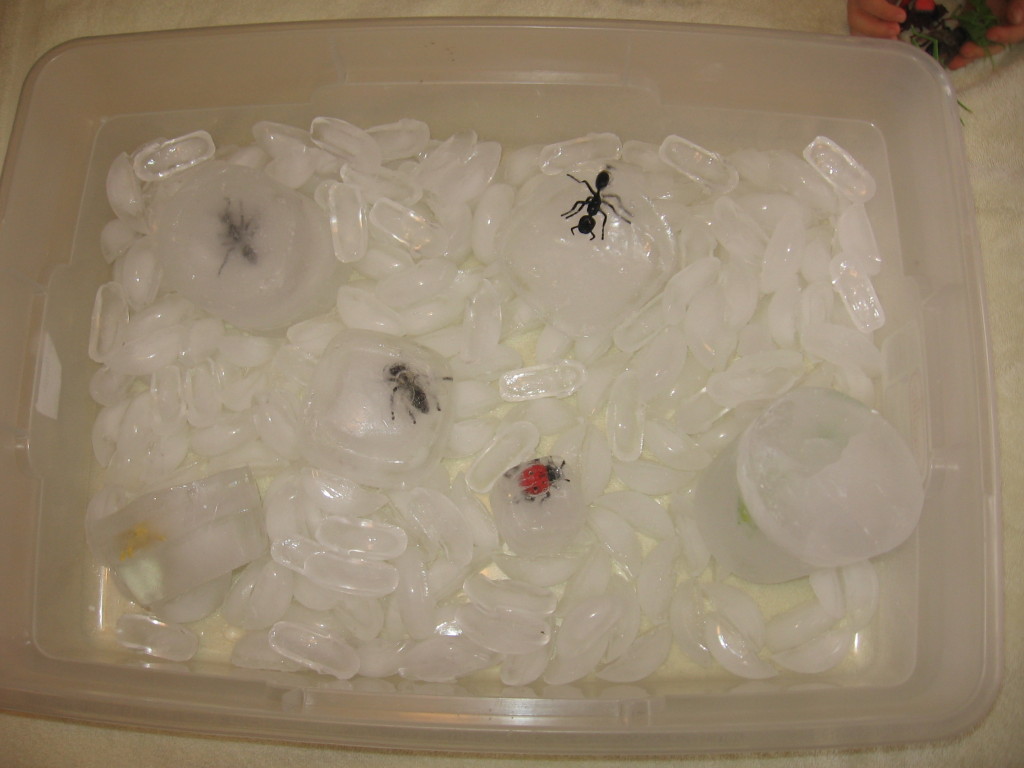 First I dumped all the ice from our freezer into a big plastic bin.  Then we added our insect icebergs. 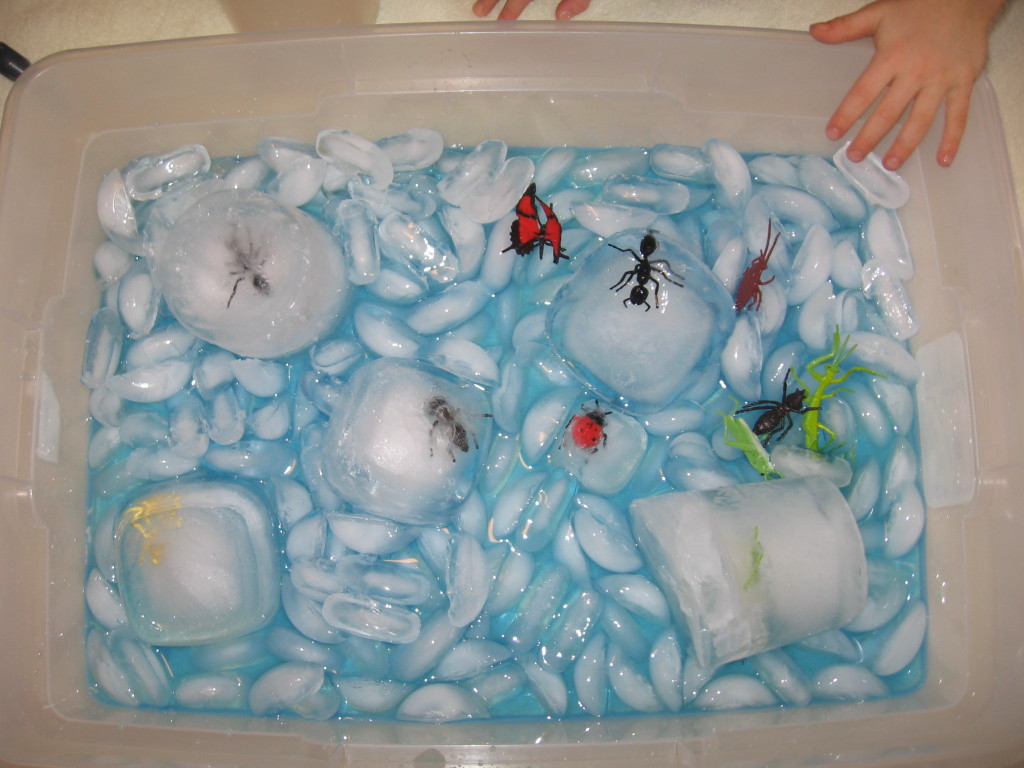 Next, my Four helped me stir blue food coloring into a pitcher of water, and we added it to the bin. 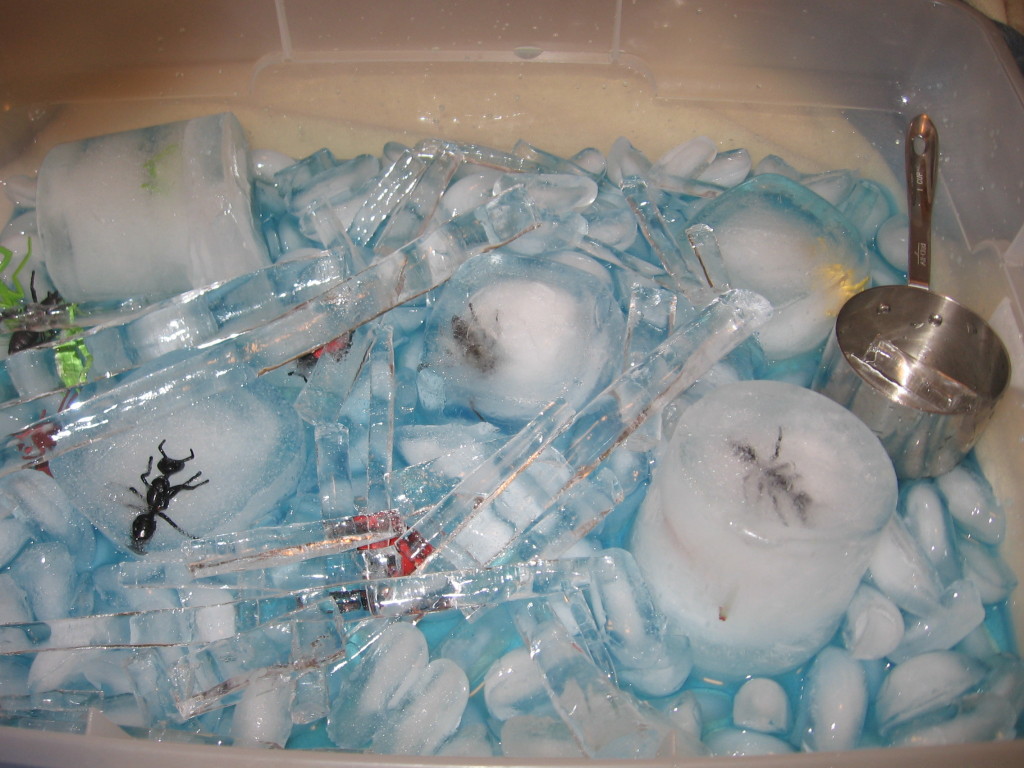 And since spring shows no sign of being on its way, we threw in a bunch of icicles from the front of our house. 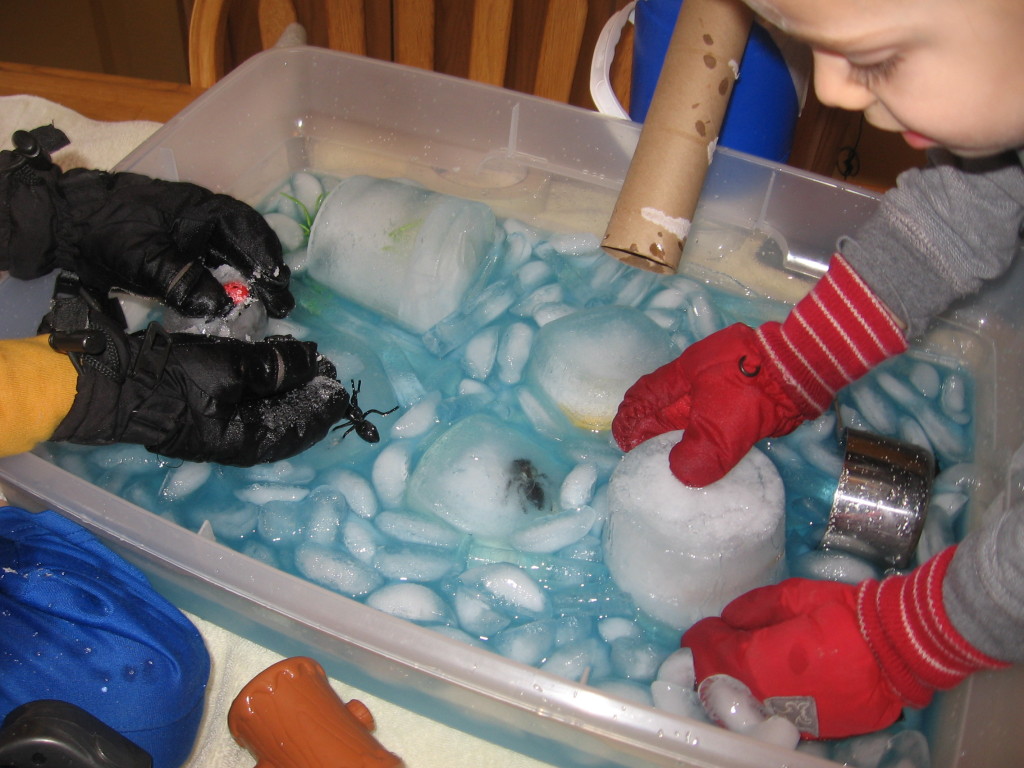 The water in the bin felt a little — well, icy.  So the boys put on their mittens while they tried to figure out how to get the bugs out of the icebergs. 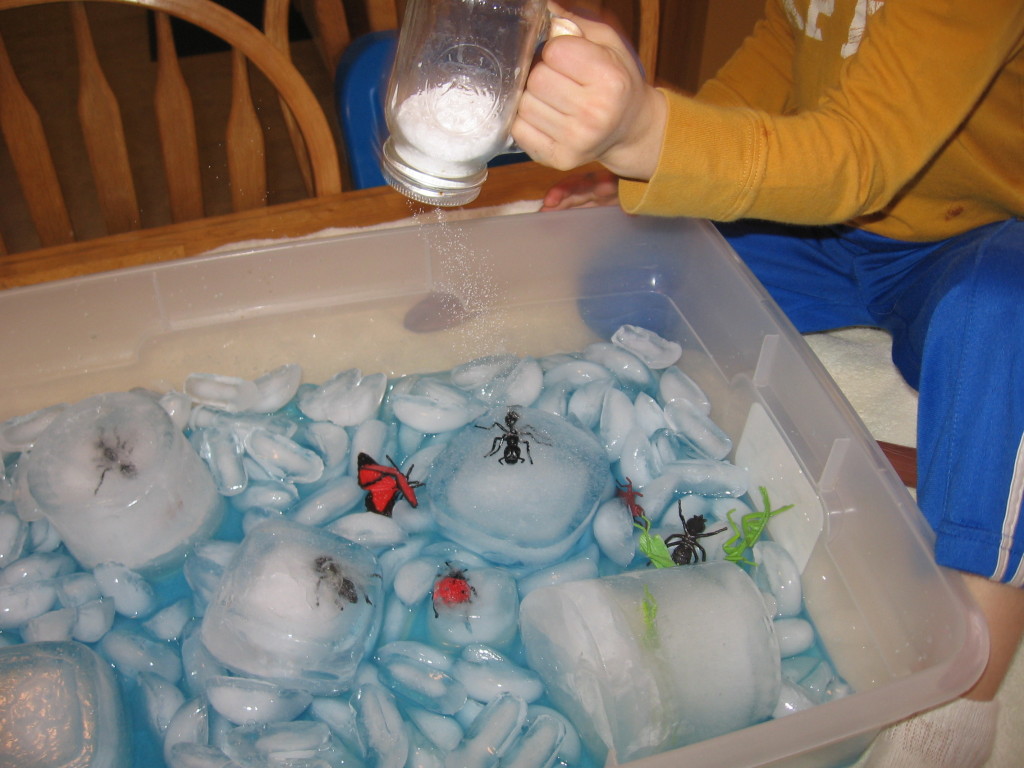 We sprinkled salt on the icebergs and noticed how that helped them melt more quickly. 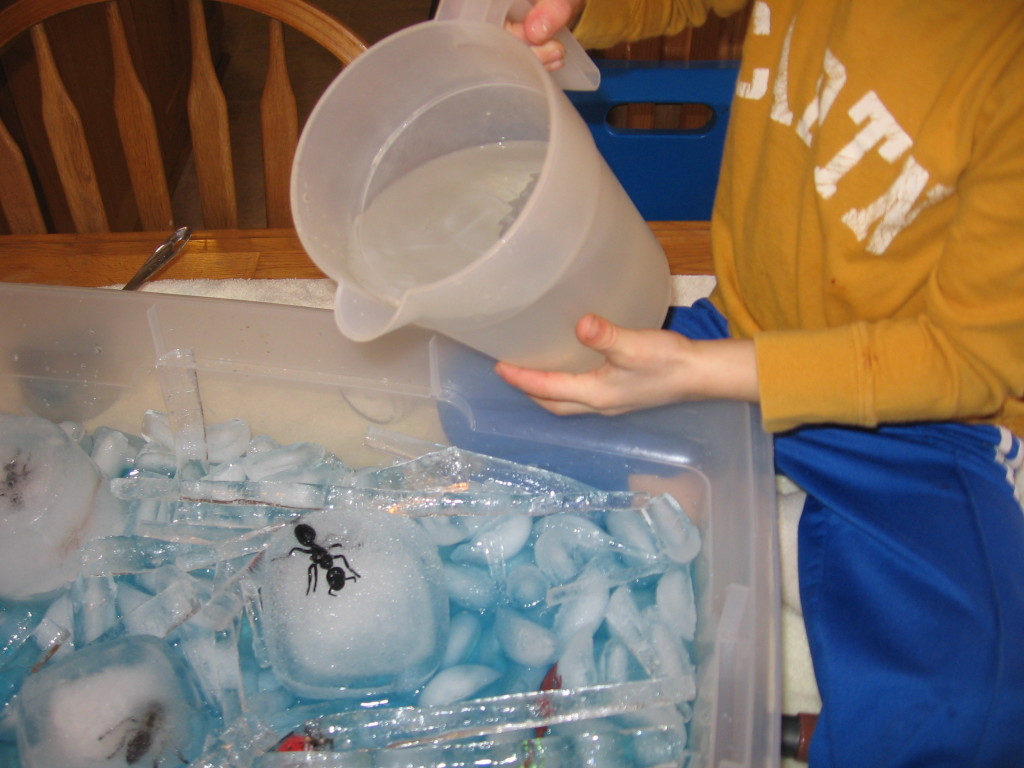 Pouring warm water on the icebergs melted them pretty fast. 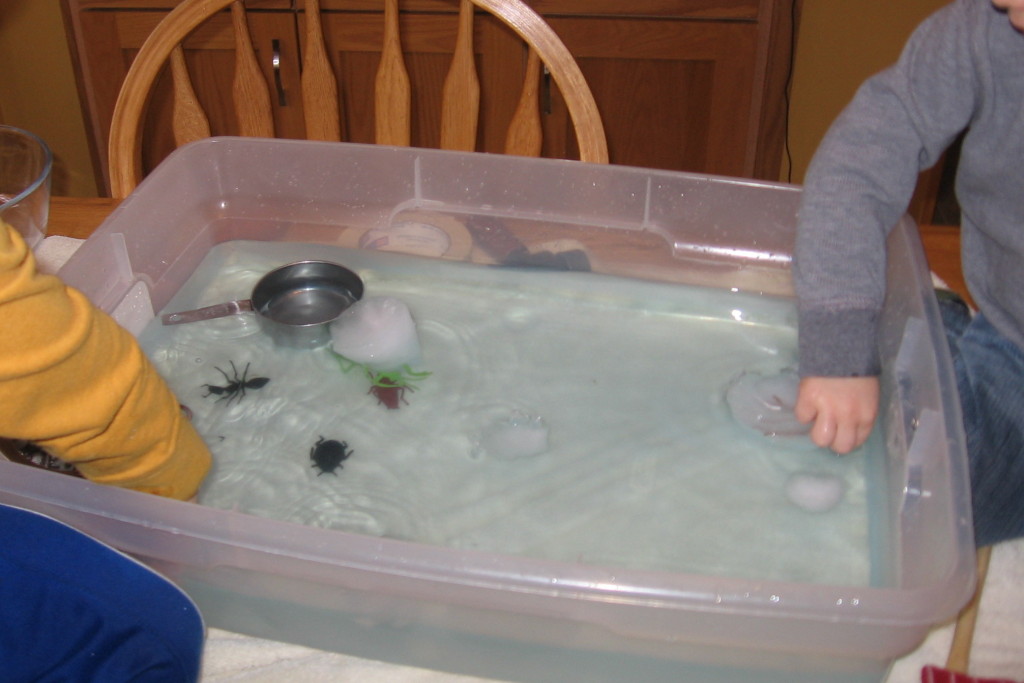 The boys were anxious to de-ice all the bugs, so I drained the bin’s cold water and added warm.  Things went quickly after that! 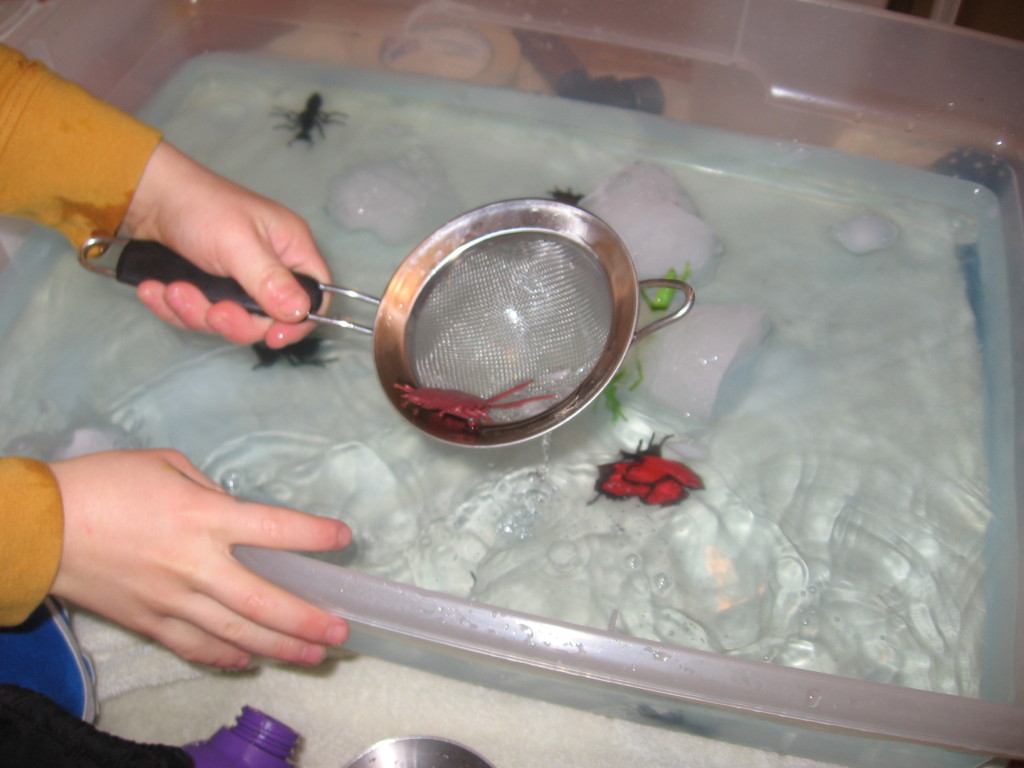 Finally, they fished out the bugs using a hand-held sieve.  Ew, a cockroach! Throw it back!