Need something that will give your child practice sounding out words with short vowels? 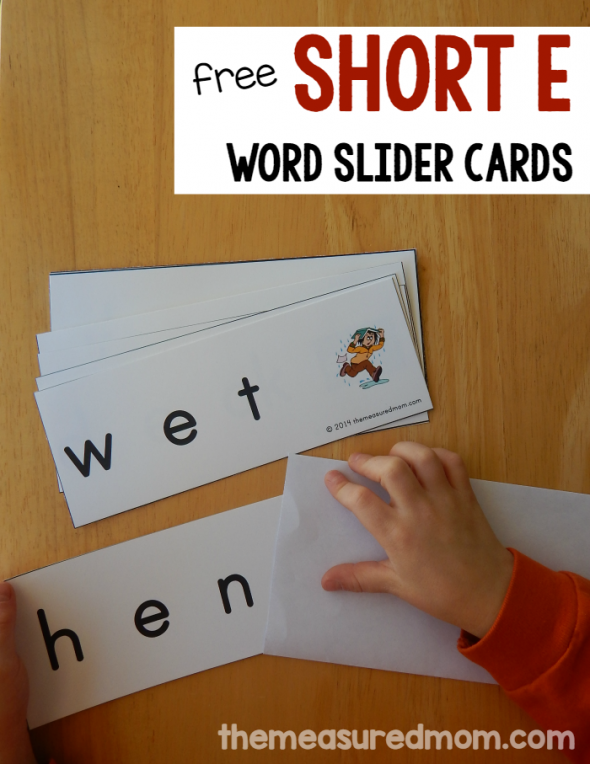 Some of you have asked about our final set of  word slider cards.  They’re finally ready to share!

The concept of word slider cards is super simple.  Just write single syllable word on a long strip of paper.  Leave spaces between each chunk of the word.  Then cut off the end of a sealed envelope and pull the strip out, letter by letter. 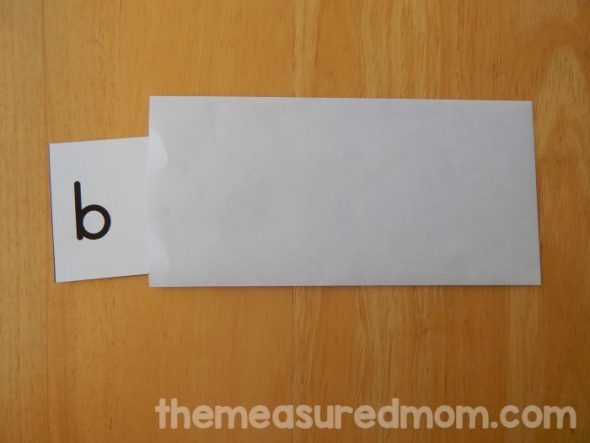 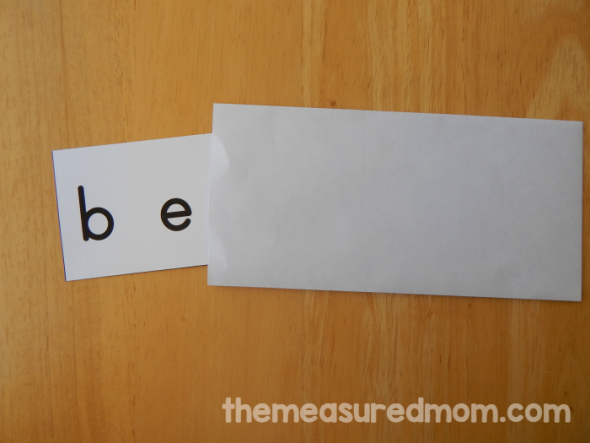 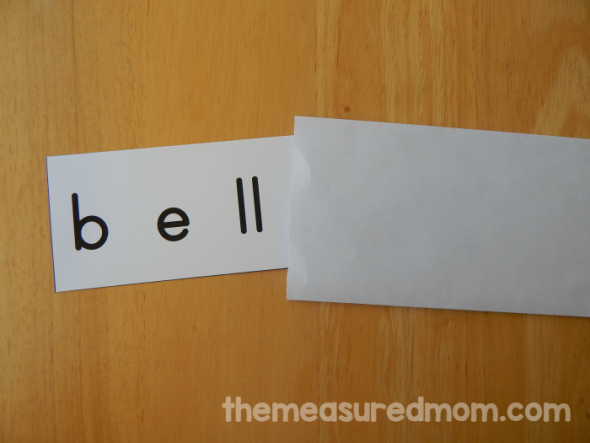 Your child says the sound of each letter or letter chunk as he pulls out the word.  Then he blends the sounds together to make a word. A picture at the end tells him if he was correct.

Not every word would work well with slider cards.  Silent e words (such as make or bike, for example) wouldn’t work, for example, because your child would say the short vowel sound until he saw the e at the end.

After your child masters these, mix them up with some other sets.  Then he’ll get used to really focusing on those short vowel sounds, which can be a little tricky.