If you’re looking for a way to teach your child to recognize rhyming words, try these free printable clip cards! 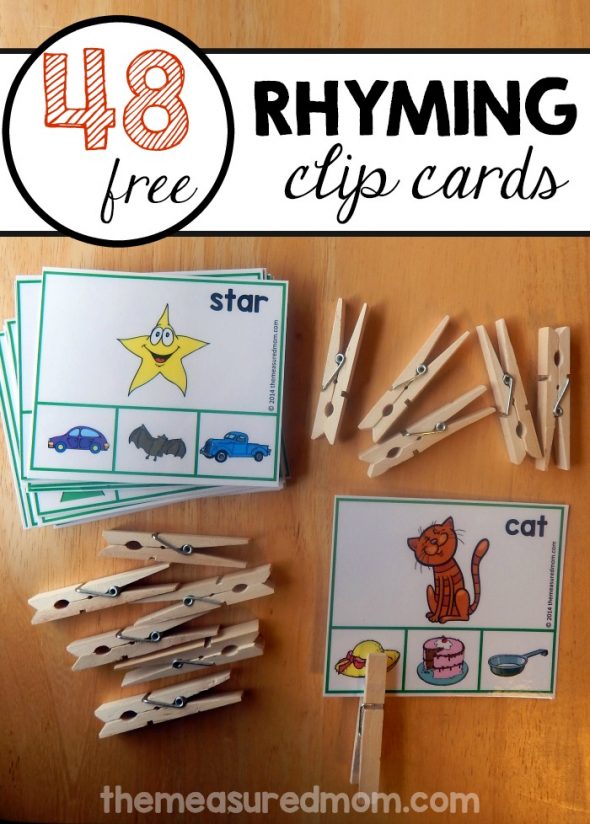 Do you know one of the best predictors of how well a kindergartner will learn to read?

It’s if he knows his nursery rhymes.

Yup – those silly nonsense verses that have been around for centuries have a lot of value.

If a child can recite nursery rhymes, it’s a good bet that he has a good grasp on rhyming, which is a super important skill for early readers.    In a previous post I shared six reasons why rhyming matters. 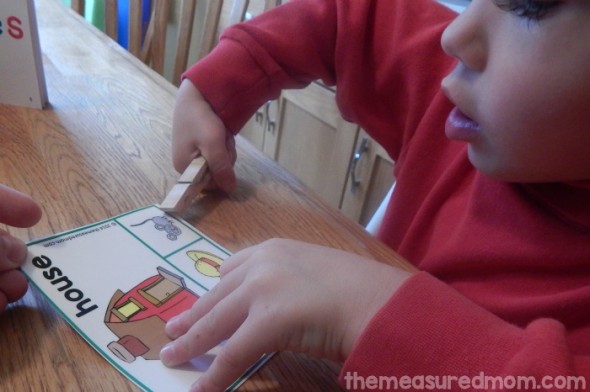 I created a set of 48 picture cards to use with my toddler and preschooler.  I started with my Two (he’ll be turning three next month).  He has just started showing interest in doing more “sitting” activities with me, and he was excited to try this one. 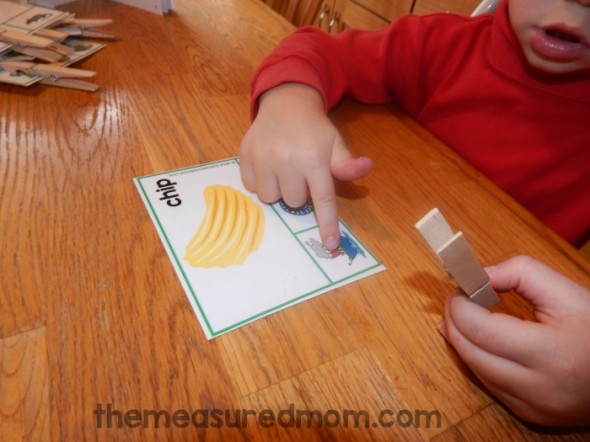 We’ve done informal rhyming activities before.  We read a lot of rhyming books, and we also play some rhyming games in the car.  But this was my Two’s first formal introduction to rhyming.  It sounded something like this.

“No, that one doesn’t sound the same at the end.  How about this one… chip, ship?”

Obviously, he did not learn to rhyme from this short activity.   That’s totally fine!  The point was not for him to suddenly grasp the concept; that will come.  But by doing a handful of cards together (we did about ten), he was able to get a start in hearing how words can sound the same. 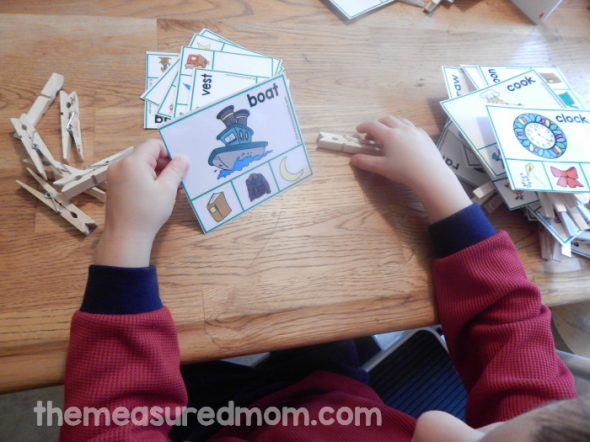 Later on, my Four was ready for a turn.  Rhyming can be hard for some kids to pick up, but he’s always had an easy time with it.  I think a lot has to do with the fact that he loves the printable books of rhymes and songs I began making for him when he was two.  (Psst… you can get those books for free here!)

In fact, after about ten clip cards he started doing these in his head without reading the words aloud.  He didn’t do the entire stack – and I didn’t expect him to (48 is a lot!).

These would work well as a classroom learning center, for a busy bag at the doctor’s office, or an “I’m bored” activity when you’re trying to get supper on the table.  Have fun with them! 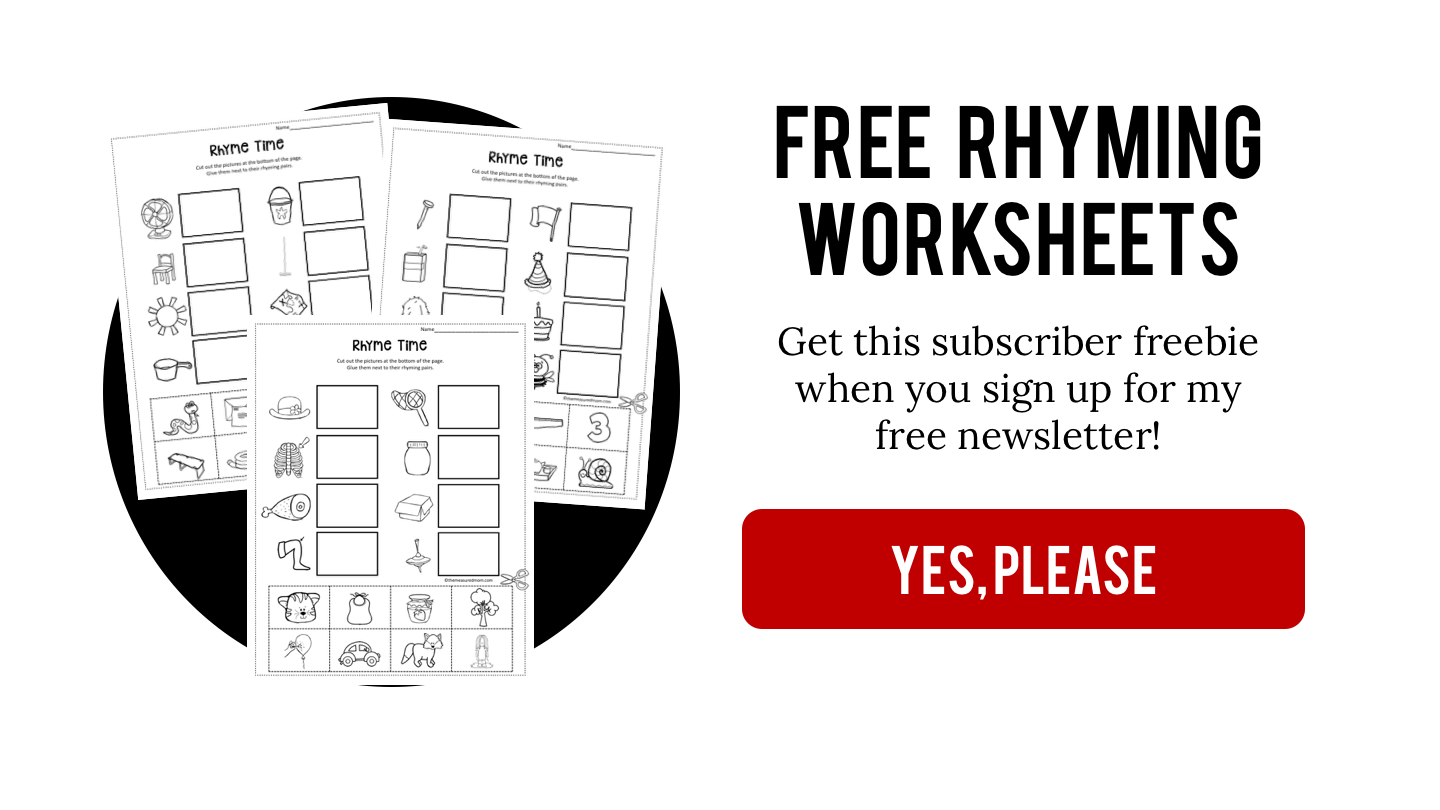 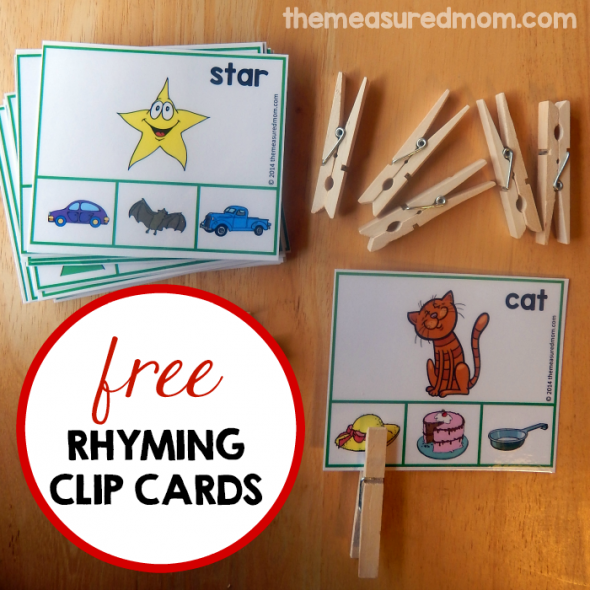